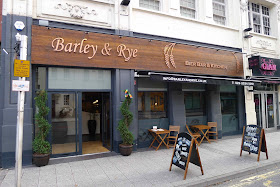 There’s a reason I hadn’t visited Barley & Rye on Greyfriars Road before yesterday.

It’s because it’s on Greyfriars Road, a street I associate with binge boozing, bad dancing, loud music and not much else. Except for the Park Plaza and New Theatre of course.

So, without having even crossed Barley & Rye’s threshold I’d lumped it in with its more raucous neighbours. I shouldn’t have been so quick to judge because on the evidence of last night’s visit it stands a league apart.

The first thing that strikes you is the slickness of the interior, all brooding dark woods punctuated by sweeping white curves. 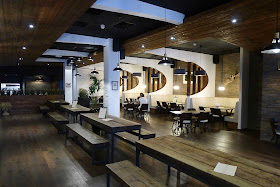 The second is the number and quality of beers on offer - Mrs G and I worked our way through halves of Goose Island IPA, Caledonian Three Hop, Tiny Rebel Cwtch and Whitstable Bay Blonde lager but there’s even more interest to be had in the bottled beer selection. 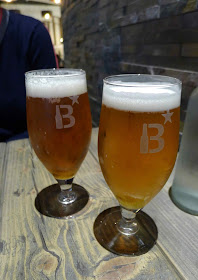 Finally, and most importantly, the chef knows how to cook flavour-packed food.

To start, a mackerel toastie (£6) was a delicious riff on Kenny Atkinson’s signature dish at the House of Tides. The richness of a mackerel fillet wrapped in golden fried bread was balanced by cider & apple jelly, pickled apple pieces, fennel puree and a slightly too lip-puckering lemon gel. 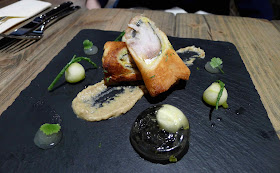 A mound of meaty wild mushrooms (£5.50) in a cream sauce twanged with truffle were served on sweet toasted brioche. An accompanying mushroom soup was deliciously shroomy but it was a little too thick to be drunk from a cup and I wasn’t a fan of the cold mushroom foam sat on top. 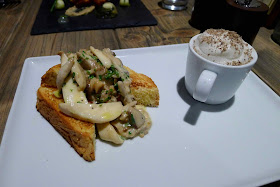 Mains were both on the nail. 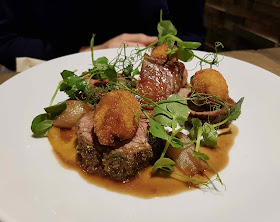 A long-cooked cwrw braf braised featherblade of beef (£15) could have been eaten with a spoon. It was coated in a thick beefy and beery sauce offset by sweet roast shallots and carrots, green kale and herby chive mash which could have been a touch looser. 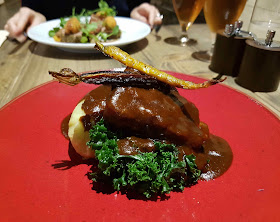 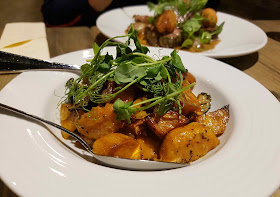 Desserts didn’t let the side down. 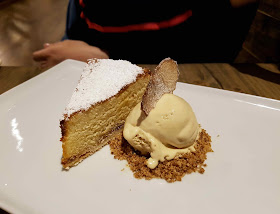 A chocolate delice with a filling of cherry sauce (£5.50) was every bit as rich and squidgy as you’d want. A layer of chocolate sponge, lightly soaked kirsch cherries and a great pistachio ice cream finished the dish. The only downside to both desserts was a pair of slightly soft tuilles. 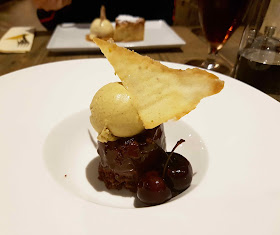 Overall we had a delicious meal at Barley & Rye and it’s no doubt an exciting independent addition to the city centre. With the excellent booze, lovely service and pretty interior, I’d recommend a visit.