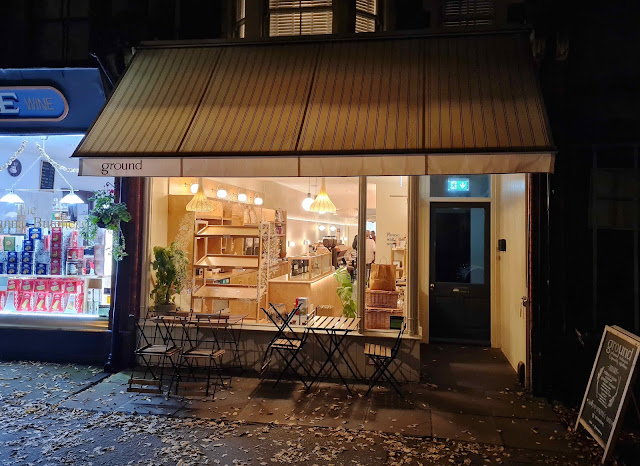 Recalling a lengthy tasting menu to write a review often feels like trying to play a memory game.

It’s especially tricky when your dinner is cooked by Tom Waters, a chef whose modern Welsh cooking incorporates techniques, ingredients and flavour combinations which are new to my many years of being greedy.

With an impressive CV which includes stints at Odette’s under Bryn Williams and the Square with Phil Howard, Tom was also sous chef at the Michelin-starred Bonhams in Mayfair and junior sous chef at Heston Blumenthal’s Fat Duck.

After his illustrious stint in England, Tom has returned home to South Wales with the ambition of opening his own restaurant and in the meantime he’s running a series of pop-ups under the name Gorse. 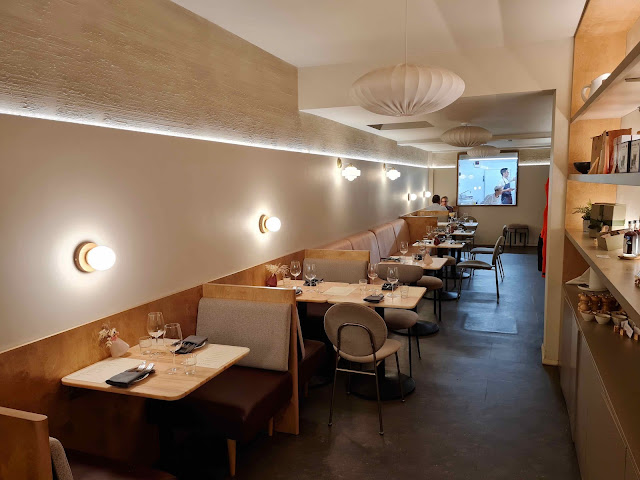 Having heard rave reviews from trusted sources who visited a Gorse event at Glory Stores, Mrs G and I swiftly booked in for a pop-up at Tom Simmons’ Ground in Pontcanna.

Offering a single 8 course tasting menu for £65, it seems like a fair price considering the chef’s pedigree. 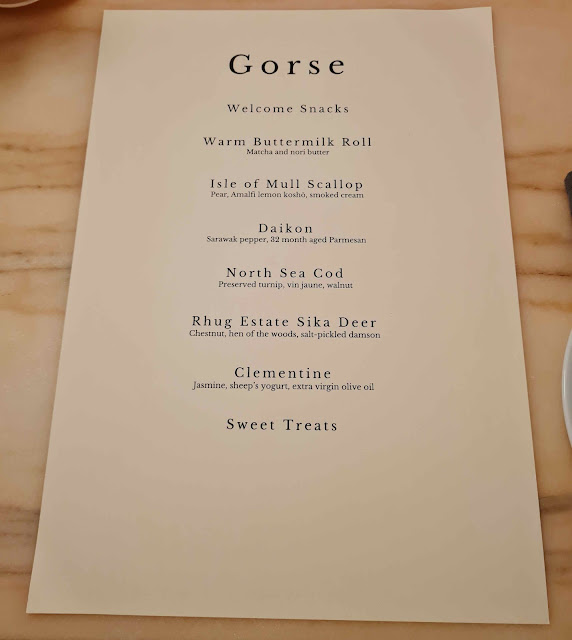 Gorse’s wine prices are reasonable too with a small selection on offer by the glass starting from £3.80. We shared a very enjoyable bottle of crisp and fresh Bodegas Arousana Luzada Albarino (£21). 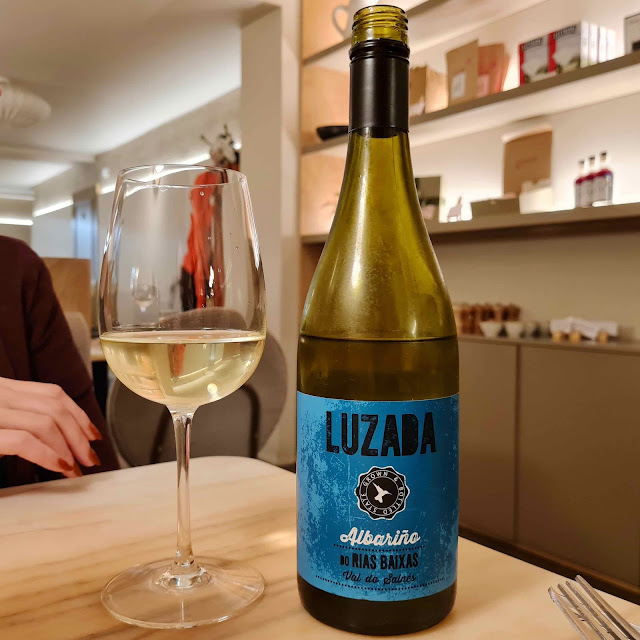 We were the second of the staggered tables to arrive for the night but the dining room eventually filled to capacity and it was seriously impressive to watch Tom single-handedly cook for 20 people, aided by two friendly and knowledgable front of house staff.

A trio of pretty, flavour-packed snacks were a statement of intent.

Cubes of trout tartare and a throat-tickling horseradish cream were loaded into a crisp pastry case whilst an ultra-fine crisp topped with a hunk of oily mackerel, a sliver of pickled ginger and a herbal shiso leaf delivered a sushi-like mouthful. 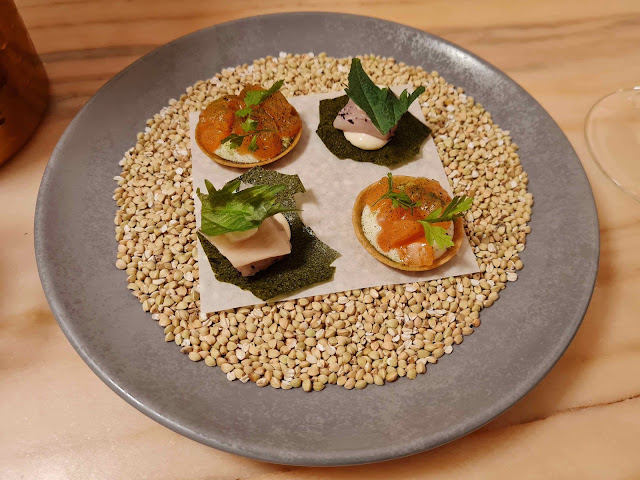 A slice of carrot tart, with its crisp flaky pastry and deeply caramelised sweet-savoury root vegetable, reminded me of a savoury tarte tatin. 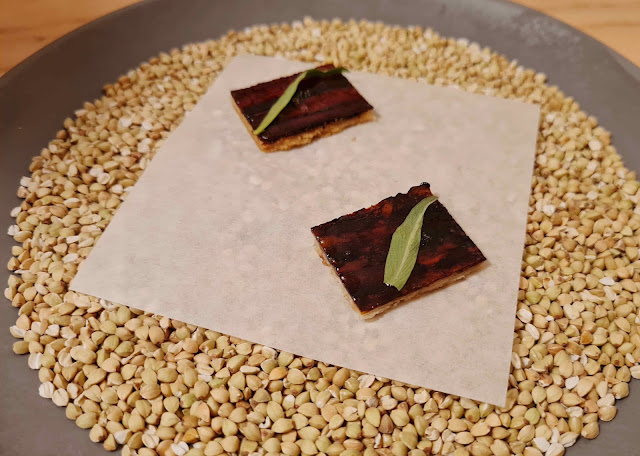 The ultimate tear and share buttermilk loaf was served steaming hot. Its golden crust was a lovely contrast to a seriously soft crumb and it was delicious slathered with creamy salted butter which delivered a very subtle after note of sea-like nori. 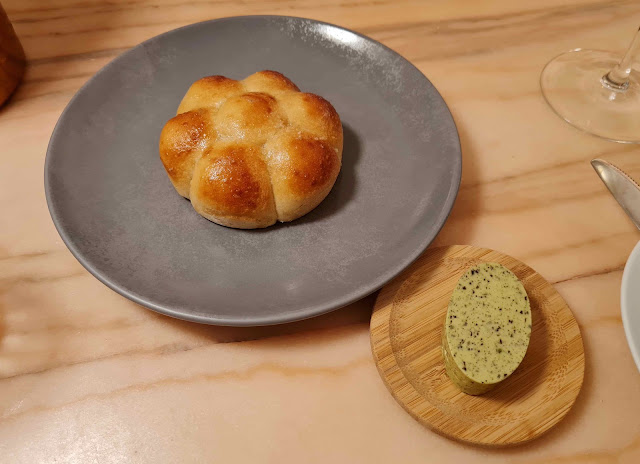 Isle of Mull scallop was one of the first standouts of the meal. Huge slices of plump and sweet raw scallop were joined by pear slices and juice with a nice acidity, smoked creme fraiche, and a cracking Amalfi lemon and British jalapeno kosho (a Japanese ferment) which delivered a hit of fragrant citrus and a deceptively fiery finish. 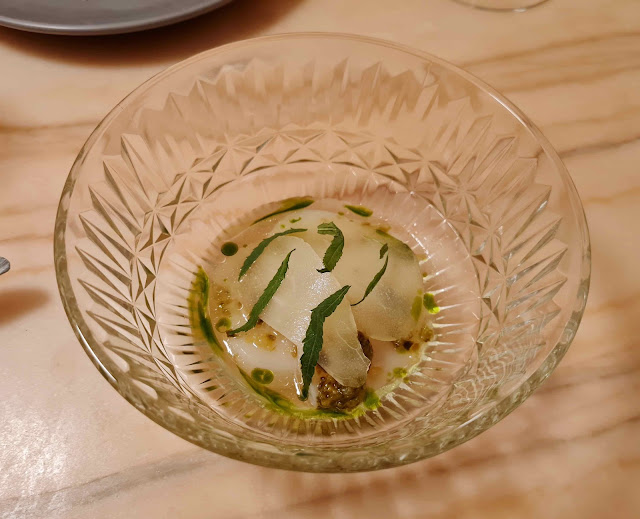 A clever riff on a cacio e pepe was the meal’s other highlight. Made with daikon radish instead of pasta, the tender yet al dente root vegetable brought lightness to the dish as well as a mild peppery and earthy complexity. Coated in an umami-rich, buttery and peppery sauce made from 32 month aged Parmesan and Sarawak pepper, it was a gorgeously decadent plate. 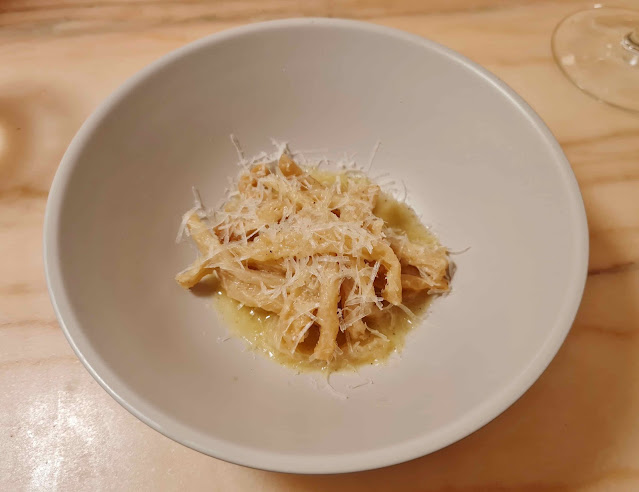 A chunky and flaky piece of North Sea cod would perhaps have benefited from a little bit of colouring in a pan (Mrs G disagreed) but is was delicious accompanied by a vin jaune sauce, which was at once creamy, dry, fruity, savoury and a little bit funky. The crunch of walnut and cutting acidity of preserved turnip brought balance the dish. 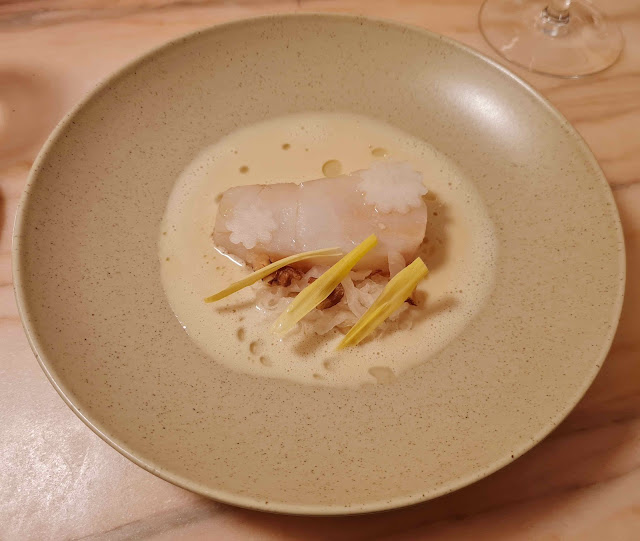 Exceptionally tender and well-flavoured Rhug Estate venison was joined by the silkiest of chestnut purees and a tart, intensely-fruity and salty damson puree, sweet charred onions and a glossy sauce. Arguably the only unnecessary element on the plate was a piece of overly-salty and under-shroomy hen of the woods mushroom. 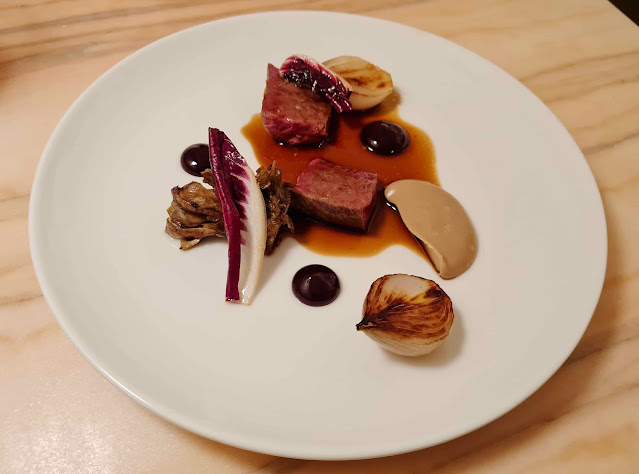 Dessert was the only less-than-excellent dish of the meal. A light and creamy mousse flavoured with the merest hint of floral jasmine was topped with excellent soft-textured sheep’s milk ice cream and a bright and citrusy clementine and olive oil soup. It was all very tasty but it felt like it needed both a bigger oomph of flavour and more texture contrast. 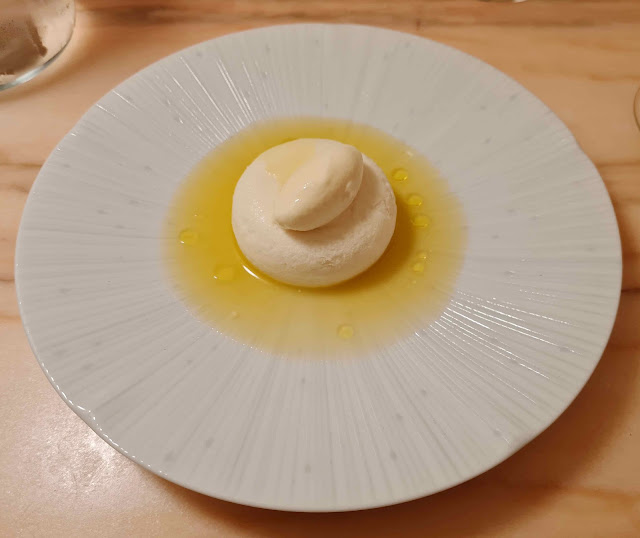 But, it was lovely accompanied by a glass of light and fizzy moscato d’asti (£5.50) which was twanged with honey sweetness and stone fruit. 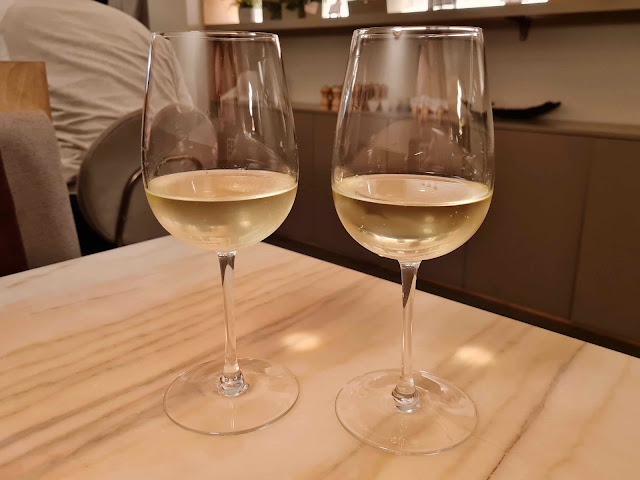 Petit fours ensured the meal ended on a very high note. Crab apple pâte de fruit was soft and wobbly with a lovely fruity tartness and a pebble of soft and buttery caramel was sprinkled with salt. The star of the show however was a warm and toasty brown butter cake with a soft crumb and crusty caramelised edges that was dotted with sharp plum puree and fragrant coriander seeds. 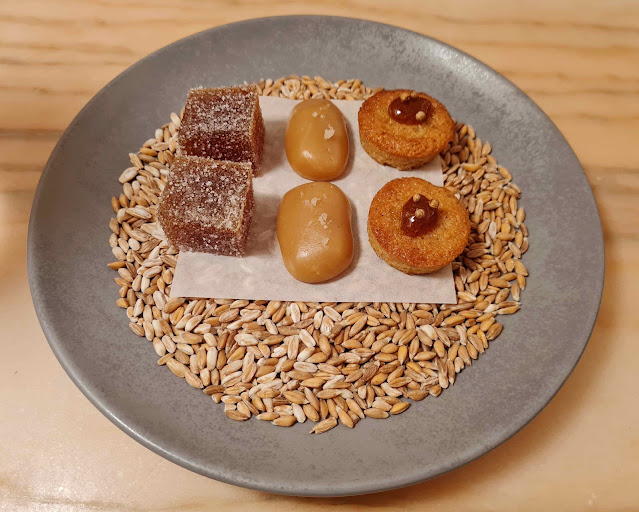 Our meal at Gorse was one of the most memorable we’ve eaten in Cardiff this year. Tom Waters is a huge talent and he’s certain to make a big name for himself on the capital’s restaurant scene.

When he pops up again, I highly recommend booking in pronto. Handily, he's just announced two more dates at Ground this December.