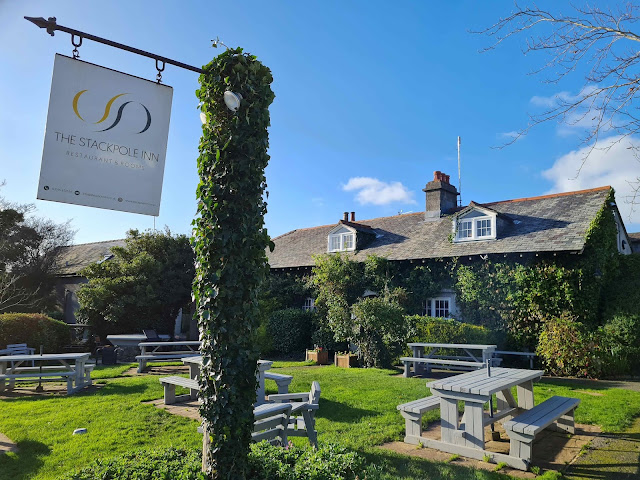 With the imminent arrival of Storm Arwen, I didn't hold out much hope for our weekend in Pembrokeshire.
Thankfully, we managed beautiful yet blustery walks along Broad Haven South and Barafundle Bay and sought shelter by the fireplace of The Stackpole Inn, a restaurant with rooms which has previously been named the best pub in England and Wales by Alasdair Sawday. 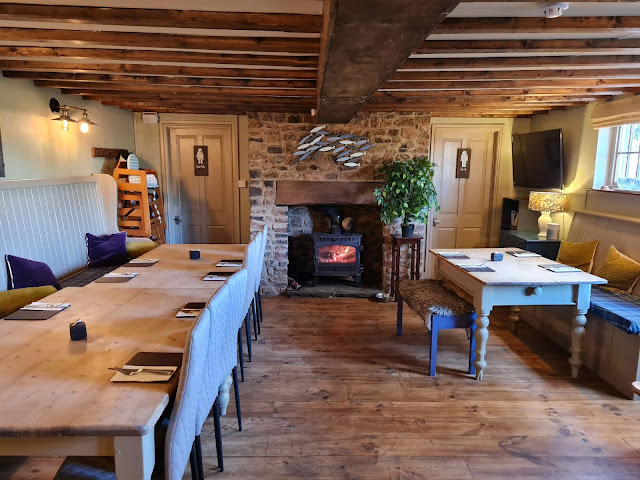 Heading up the kitchen is Matt Waldron, a chef with a seriously impressive CV. He’s been sous chef at Restaurant James Sommerin and Ynyshir and also worked as a chef de partie at Helene Darroze in London.
Matt has channeled his classical technique into a menu of hearty fish-focused cooking. Multiple dishes on the menu grabbed my attention including black tiger prawns roasted in garlic butter, Pembrokeshire duck leg with mash and Llandeilo venison haunch with pappardelle. 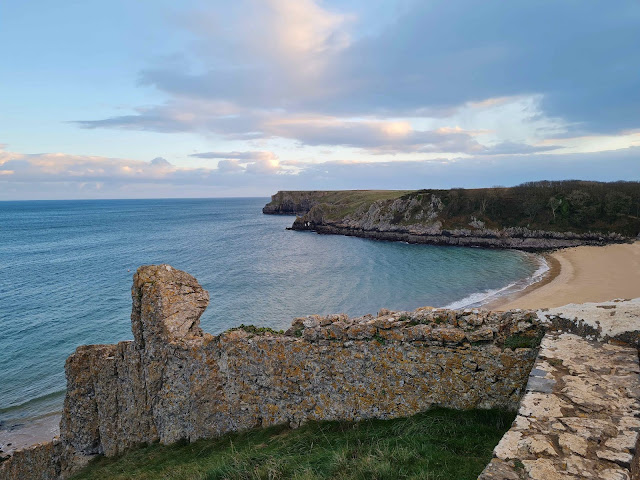 To start, a round of coarse meat-packed ham hock terrine (£6.50) was served with crisp and mustardy celeriac remoulade, toasted focaccia and the richness balancing tang of a savoury mushroom ketchup. It went down a treat with a half of smooth Tenby Harbour Brewing MV Enterprise pale ale. 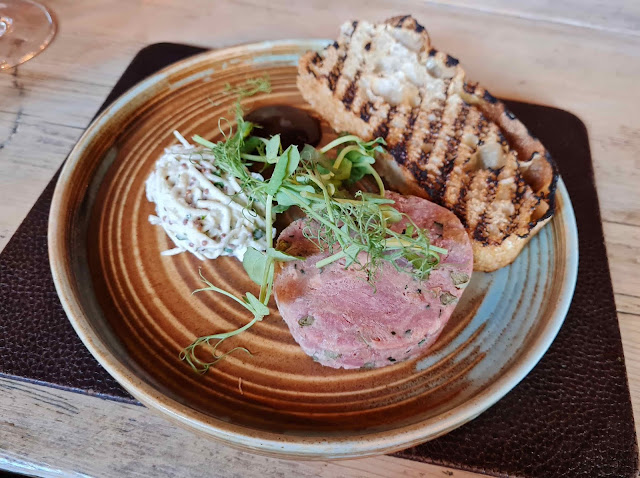 I love sardines and they're an essential order whenever I see them. At £6 they were pretty much being given away. Here they were treated with the respect they deserve with lightly charred skin and tender oily flesh. A smoky paprika mayo and well dressed leaves completed the dish. 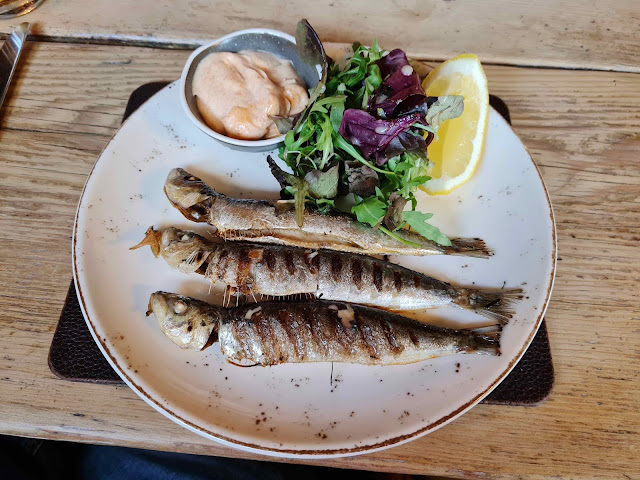 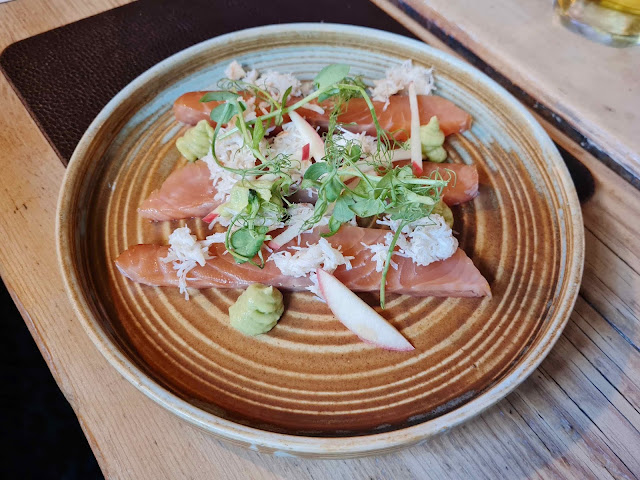 Onto mains and an absolute monster of a soft-fleshed skate wing (£25) was loaded with sweet shrimp, briny capers and salty samphire. It probably would have fed a small family. 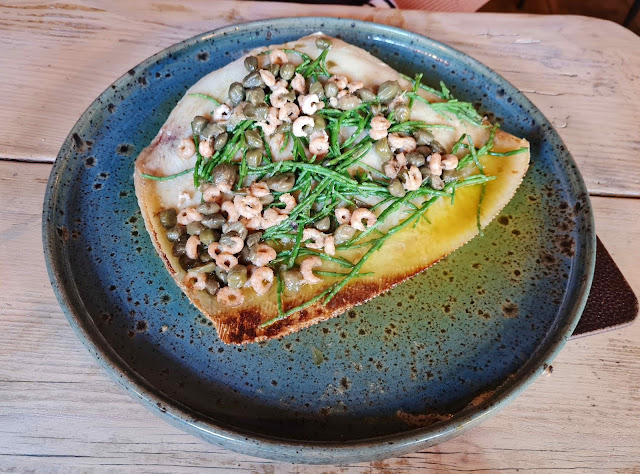 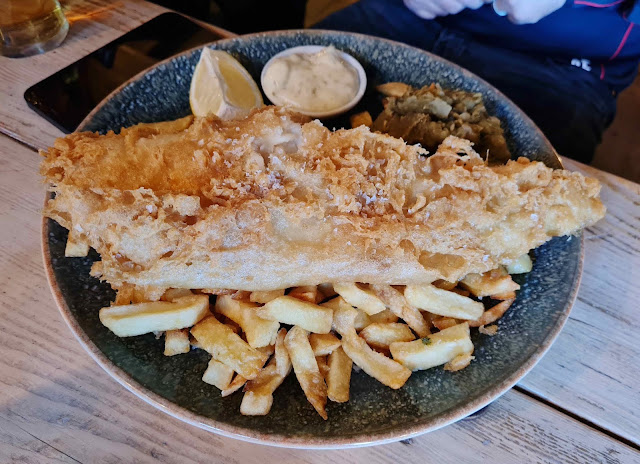 A Fred Flinstone-esque pork chop (£20) was coated in a compellingly sweet and savoury honey paprika honey glaze and was impressively juicy of flesh. Silky butternut squash puree with toasted seeds and zingy aniseed-twanged pickled fennel brought together this refined yet hearty plate. 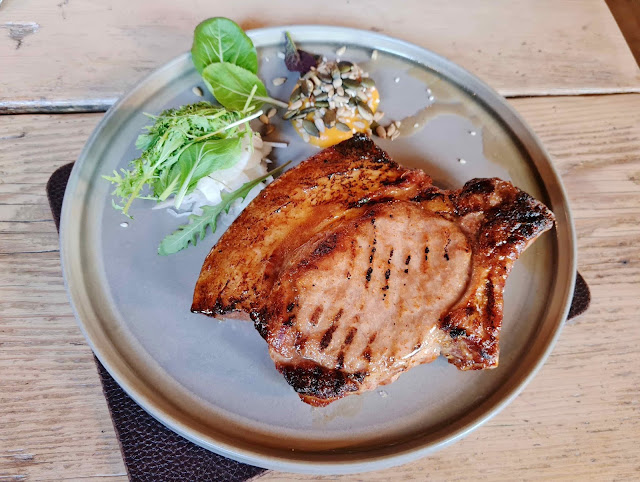 Triple cooked chips were golden and crisp but curiously lacked the extreme crunch of the double cooked ones across the table. 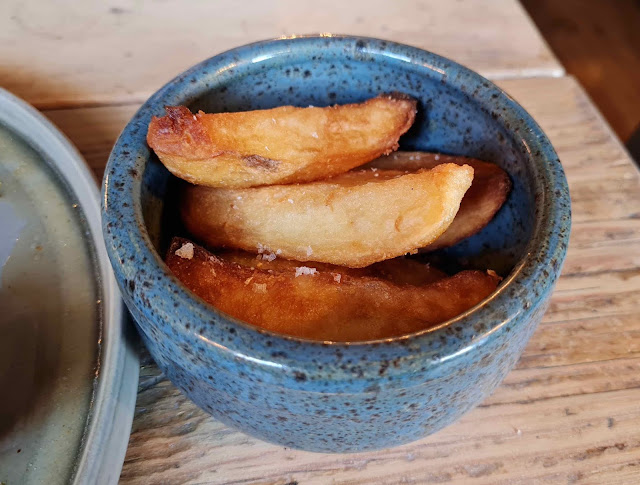 Onto dessert and the only average element of the meal was a slightly soft-crusted salted caramel tart (£7) which lacked intensity and a hit of salt. A fine example of an affogato (£5) hit the spot with its hot roasty espresso and cold smooth milk ice cream. Plus the mini coffee pot was too cute. 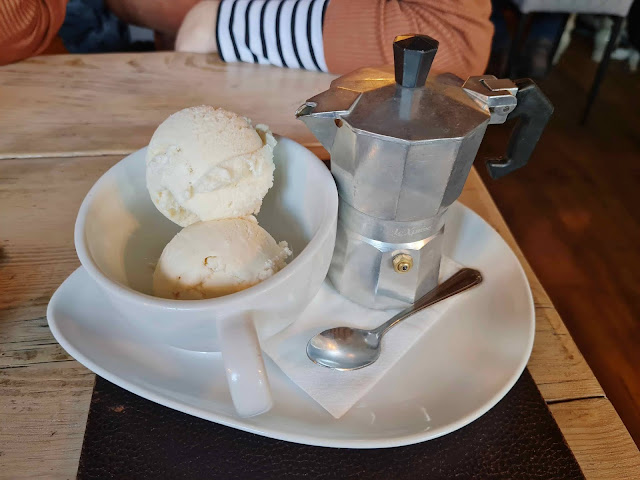 We had an excellent lunch at the Stackpole Inn. With his hearty technique packed cooking, it's fair to say Matt Waldron is cooking up a storm in Pembrokeshire.
The Details:
Address -  The Stackpole Inn, Jasons Corner, Stackpole, Pembroke SA71 5DF
Web - https://www.stackpoleinn.co.uk/
Telephone - 01646 672324
Posted by gourmetgorro at 09:13 No comments: