I only visit London a couple of times a year so it means I’m somewhat behind the curve when it comes to the latest hip and happening restaurant openings.

In fact I’m so far behind the curve, it’s just a speck on the horizon.

Whilst most of London’s bloggers have been clamouring to visit this Summer’s twin American burger imports of Shake Shack and Five Guys, I’m only getting round to writing about some of the veterans of the London burger scene (and one newbie).

The upshot of this was that I  was able to waltz straight into each of the establishments below in less time than it takes to say “I hate queuing”. 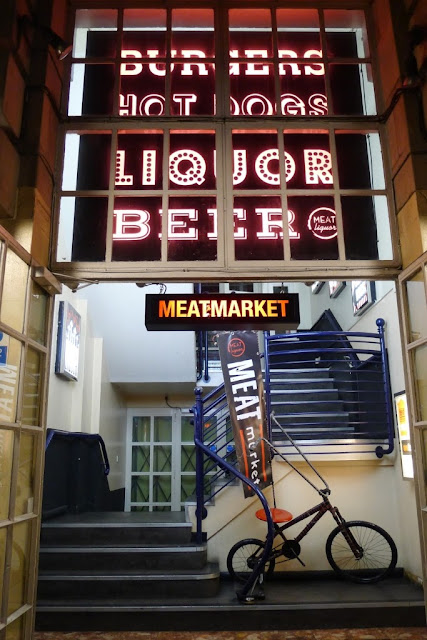 MEATmarket is the Covent Garden outpost of Yianni Papoutsis’s uber-trendy micro-chain which can be credited with kicking off London’s current burger obsession. 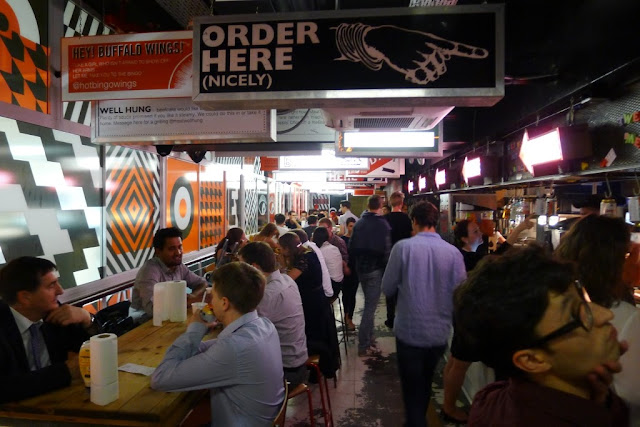 Everything about the place is achingly cool - the gritty menu language, the conversation-stiflingly loud music, the dimmed lighting and archetypal “dirty” food being served.

It’s really not the kind of place I’d want to take my parents for a quiet bite to eat and a good catch up. 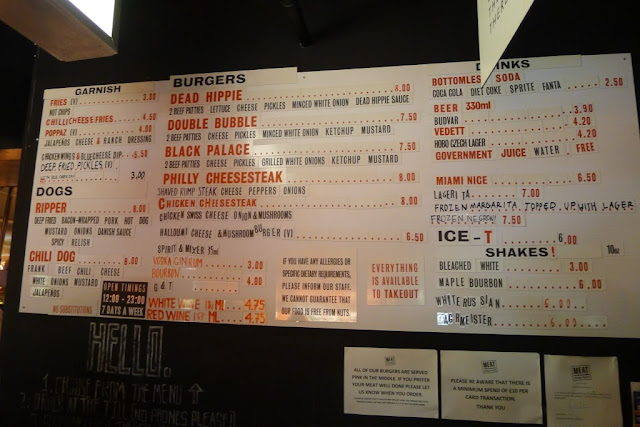 I inhaled my Dead Hippie burger (£8) with such ferocity that I didn’t pause to analyse it in the level of detail it deserved.

A side of Poppaz (£4) was on the nail too – crisp breadcrumbs cocooned an oozy filling of melted cheese flecked with finely diced jalapenos. A side of creamy yet slightly sharp ranch dressing was the perfect foil. 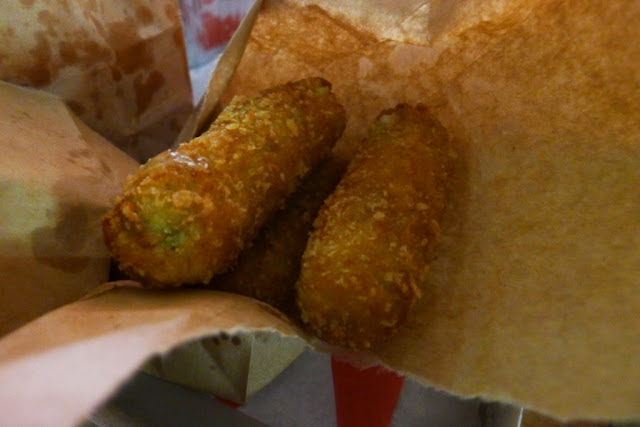 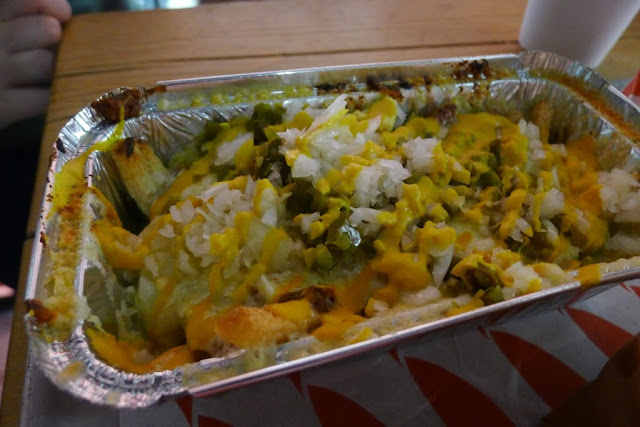 Everything was washed down with numerous cups of bottomless soda.

The food, in particular the burger, at MEATmarket was frigging ace. However where Papoutsis led, others appear to be catching up and surpassing (see Bleecker St Burger below). 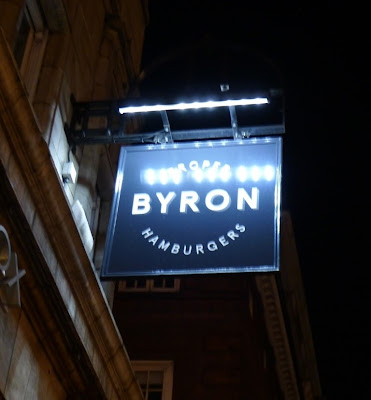 Byron is now so mainstream it seems as common in London as the Golden Arches.

However, it’s been consistently good every time I’ve visited and it's well priced to boot. As such, I welcome Byron’s ongoing march across the UK – I’m eagerly awaiting the announcement of a Cardiff branch...

Myself and a couple of friends visited the Soho outpost on a Friday evening.

A selection of beers was ordered – an easy drinking Camden Town Brewery Hells Lager and a complex flavoured Kernel Table Beer with a ridiculously low ABV of 2.9%. 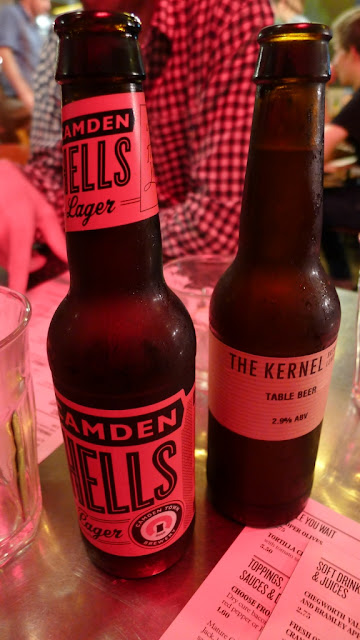 I ordered the Big D (£9.75). Served a pink medium, a duo of patties were joined by a soft potato bun, melted cheese, pickles, sliced onion, iceberg and another thousand island style burger sauce. 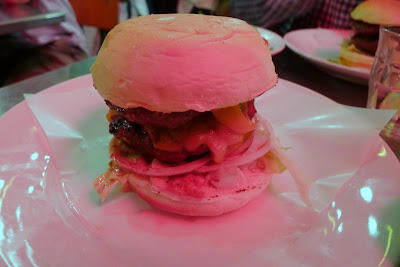 Don’t get me wrong, the Big D was a very tasty burger, but I’ve got fonder memories of Byron’s regular cheeseburger. In this instance, the patty felt too firm against the pappyness of the bun.

Across the table, a medium-rare chilli burger, packed with jalapenos was rated highly. 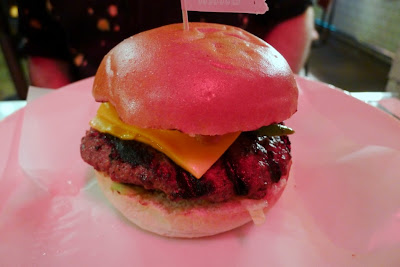 Crisp onion rings were just as good as they always are – however, either the portion size has got smaller, my appetite has got larger or both changes have occurred since my last visit. My money’s on the latter. 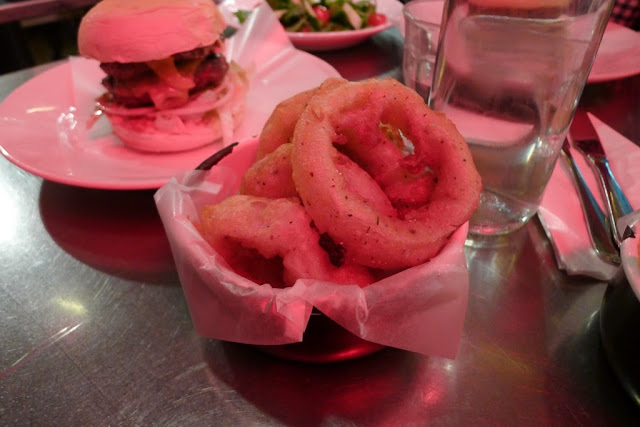 The accolade of best burger of the weekend was reserved for Bleecker St. Burger.

Founded by a former corporate lawyer who fell in love with burgers whilst living in NYC, Bleecker St.’s succinct menu of breathtaking burgers is currently doing the rounds at London street food festivals. 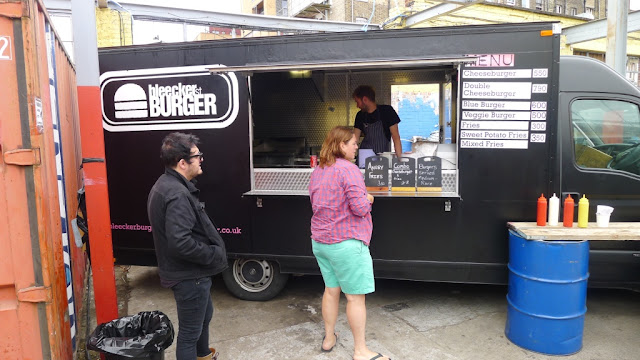 Bleecker’s cheesburger (£5.50) was a masterclass in the art of perfectly executed simplicity. 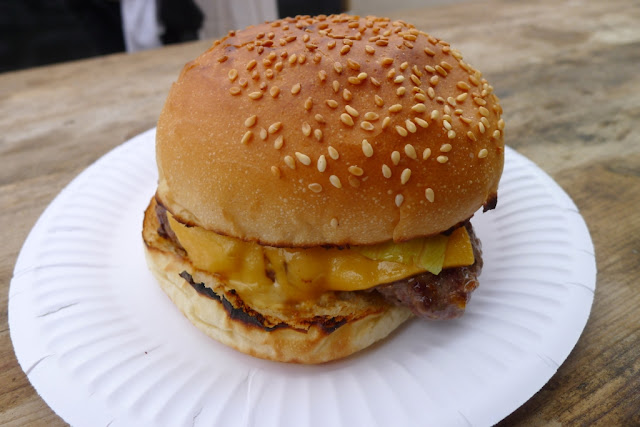 A brutally medium-rare super flavoursome patty was accompanied by an uber-soft toasted bun, shredded lettuce and secret sauce (some kind of homemade paprika-laced mayonnaise I think).

The soft, extreme juiciness of the flavour-packed burger was superb.

3 top-notch burgers in 2 days and I didn’t even get close to some of London’s most highly feted burger gaffs.  Meanwhile, my search for Cardiff’s best grinds on…