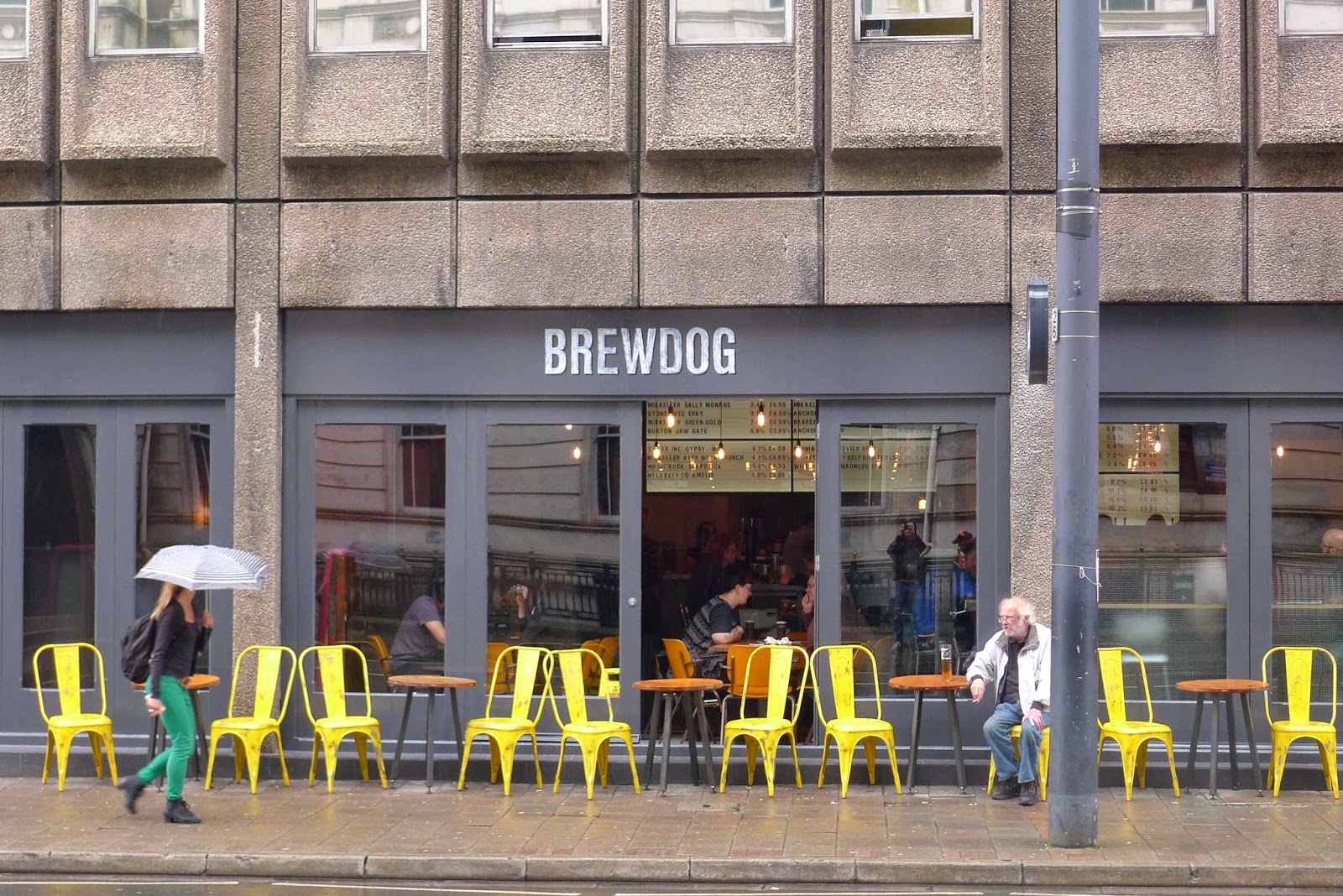 I’ve already declared a lot love for BrewDog on this blog.

Since their arrival on the scene in 2007, the Scottish independent brewer’s unique beers and irreverent branding can be credited with giving the UK’s craft beer scene a huge kick up the ass.

Now, the opening of BrewDog on Westgate Street has well and truly cemented the area’s reputation as Cardiff’s Craft Beer Quarter.

The other fine company which BrewDog keeps are Urban Tap House, The City Arms, Queens Vaults & Zero Degrees. In fact, throw in a spot of karaoke and a City Road kebab and it sounds like my dream kind of night out. 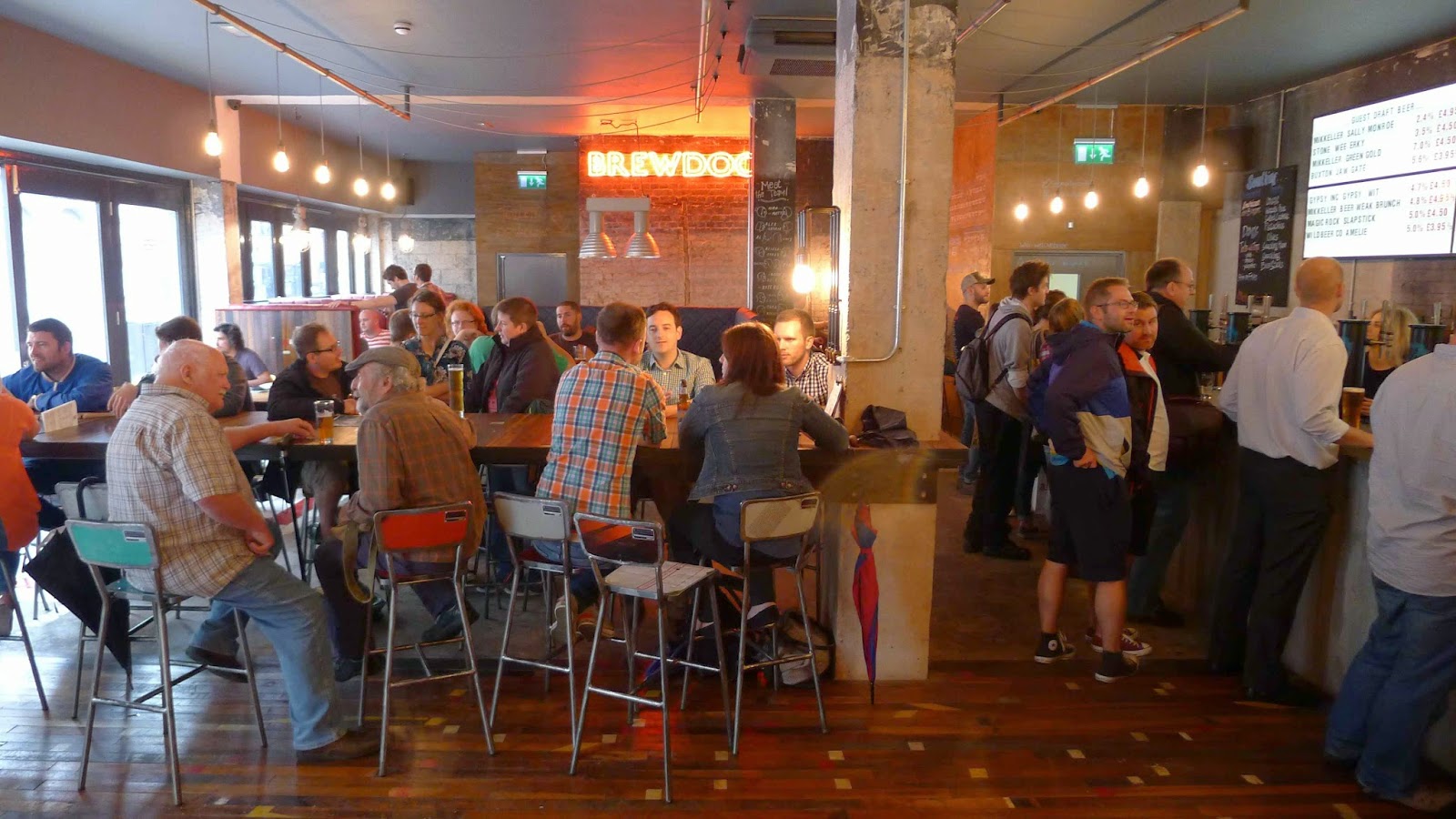 Alongside BrewDog’s own eclectic range of brews (I supped on a pint of light and citrusy Dead Pony Club - £4.05), they’re also welcoming a rotating selection of guest beers from well-regarded names such as Dupont Brewery, Anchor and Mikkeller. 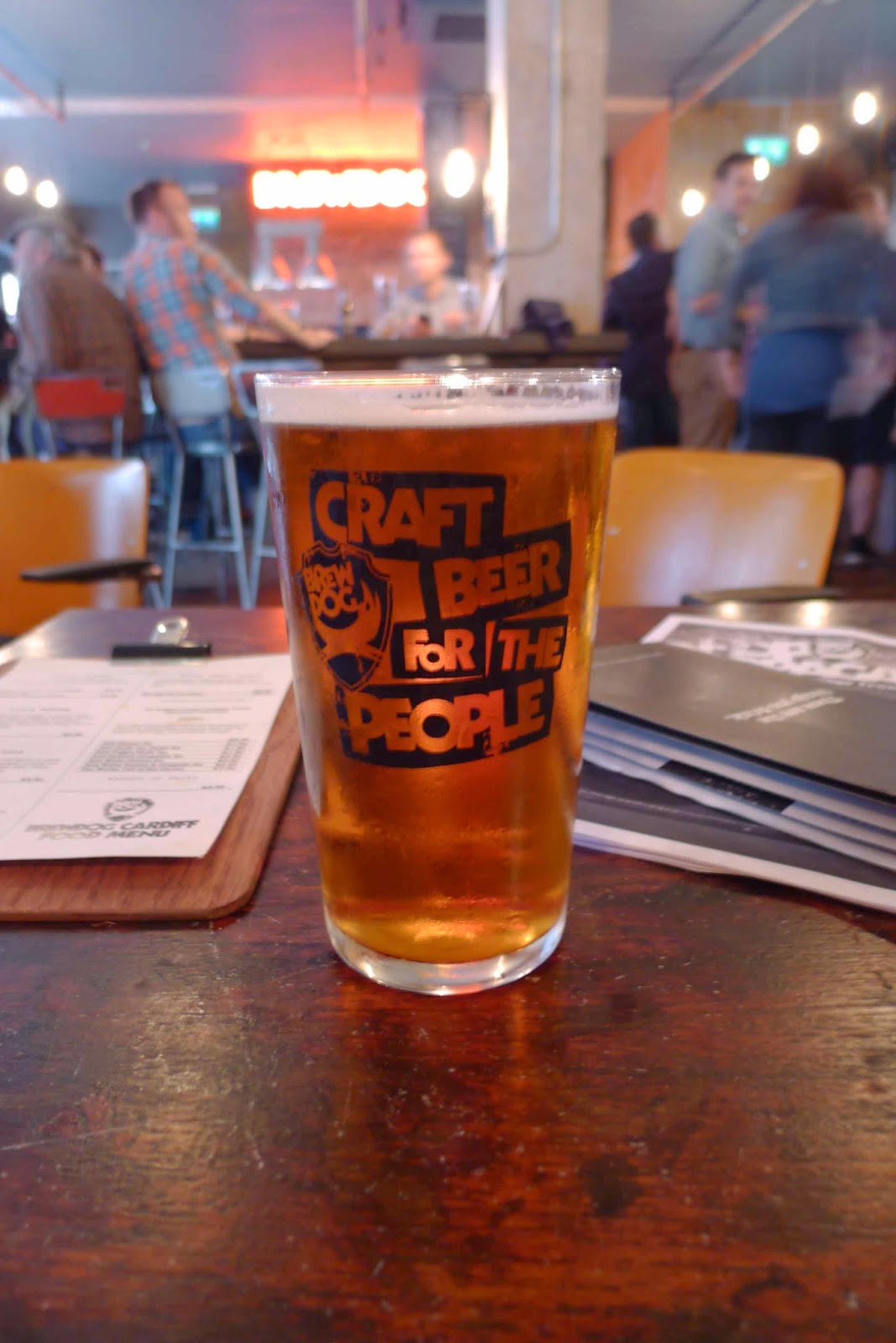 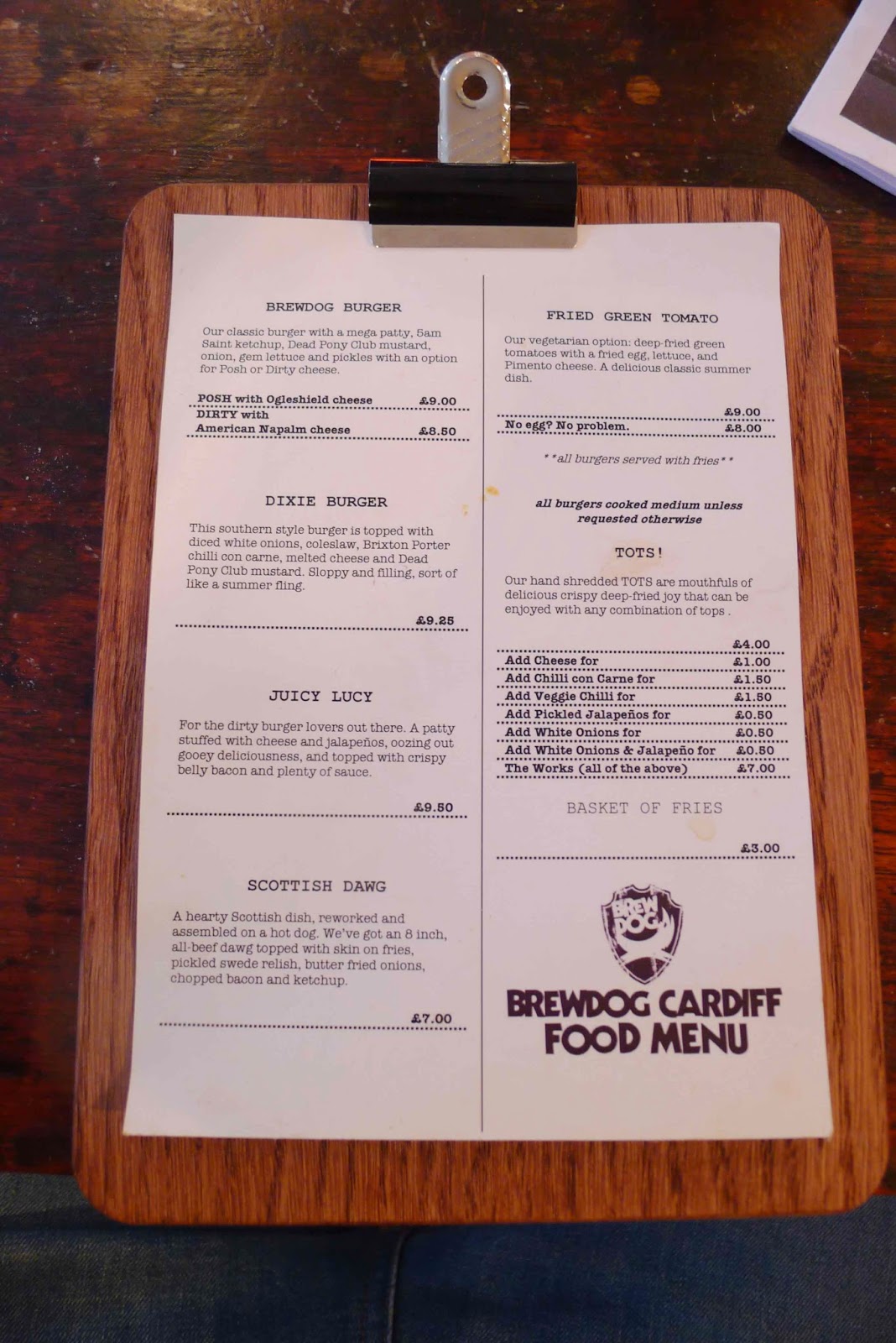 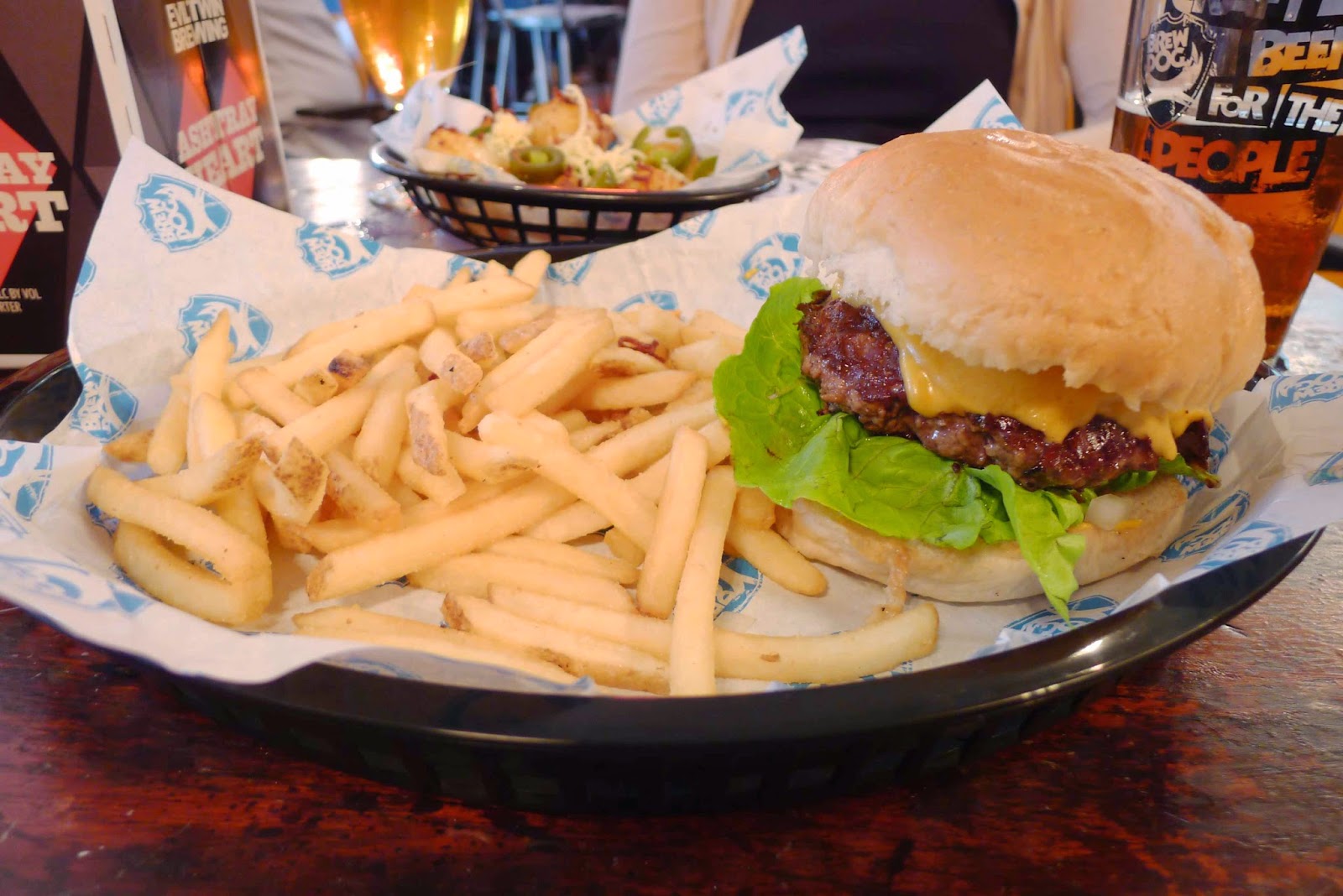 1. How was the patty? Excellent – flavoursome with a perfectly juicy pink interior and a crisp exterior.

2. How was the bun? Eschewing the trend for all things brioche, BrewDog serve a straightforward yet super light and soft white bun.

3. How was the other stuff in the bun? Gooey American cheese, crunchy pickles, a leaf of lettuce, diced white onion and a good smear of 5am Saint ketchup and Dead Pony Club mustard. 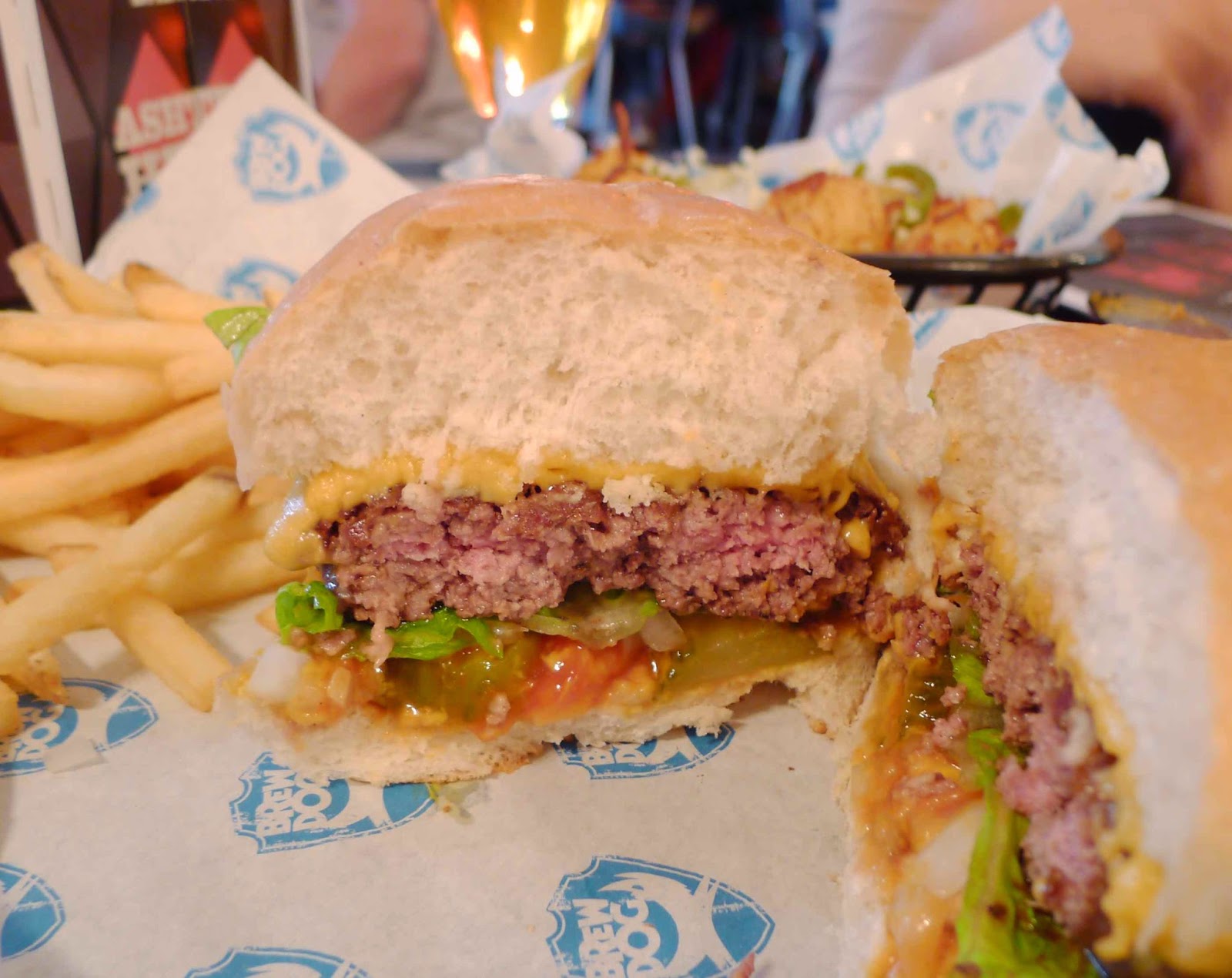 4. How were the fries? Top dollar crisp, fluffy and well-seasoned skin-on fries.

5. What was the price? £8.50 including fries – as far as gourmet burgers go I reckon that’s pretty good value.

6. How was the service? Order at the counter from one of the friendly bar-people.

7. How was the other stuff? A side of tater tots with white onion, jalapenos and melted cheese (£5.50) were a little bit pants. The hand-shredded, deep-fried potato balls were under-seasoned, under-crisp, over-priced and over-greasy. Despite that, the combination of toppings was a success. 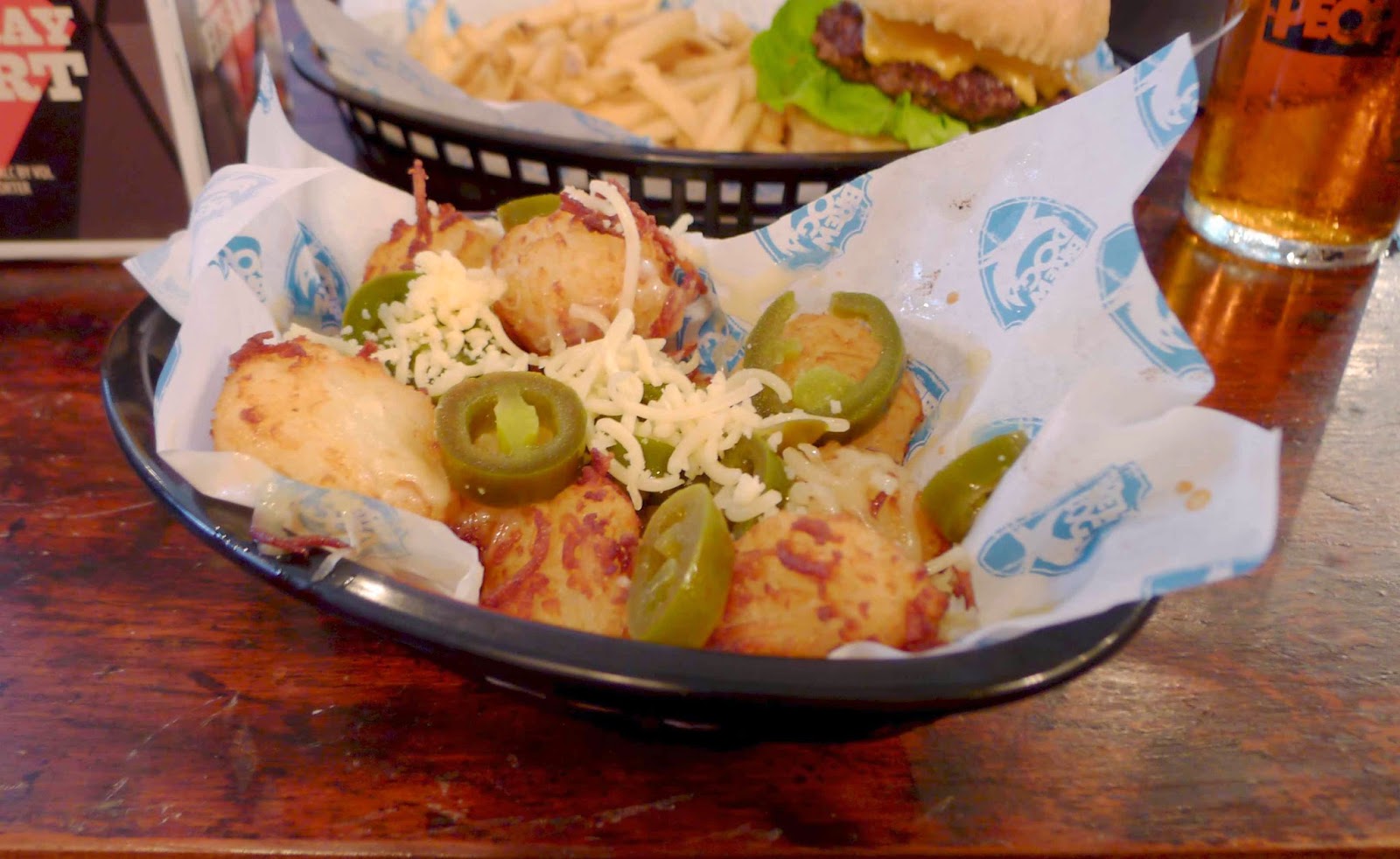 8. So what's the verdict? The combination of super-soft bun, American cheese and uber-juicy patty reminds me of MEATLiquour’s celebrated burgers. BrewDog's burger is a bobby-dazzler and joins the Grazing Shed and Got Beef as another must-try in Cardiff.