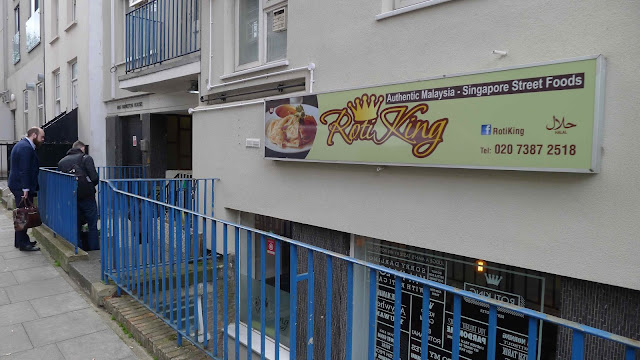 Everyone’s got a bucket list of dishes. These are a few of mine.

Another dish which I’d call for on my death bed is Roti Canai - the Malaysian flatbread which is traditionally served with a little pot of curry on the side. It’s just so compellingly addictive - crispy on the outside, soft and a little bit elastic and so rich with butter. 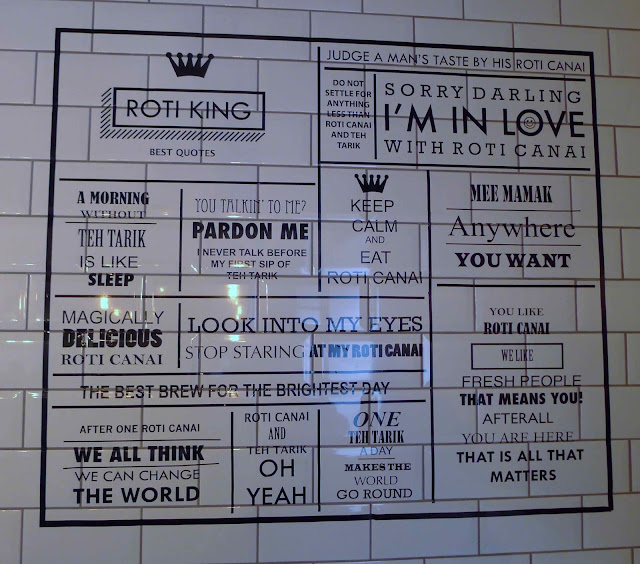 Whilst en route to meet friends in London I made a pit stop at Roti King, an unassuming basement restaurant in a side street near Euston, and managed to eat the best roti canai of my life. 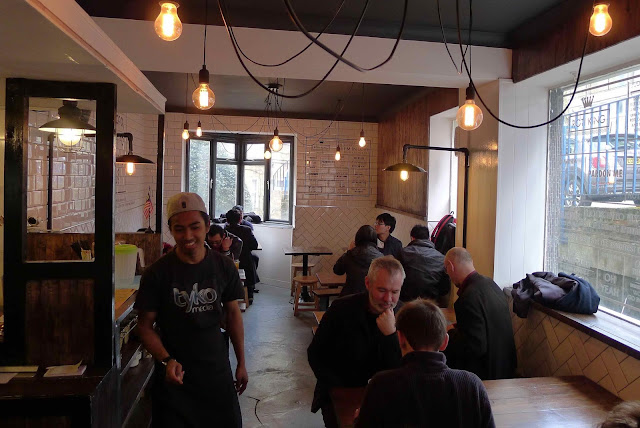 The signs were good when the restaurant was already packed to the gills at 12.20pm and by the time I left around 1pm there was a queue of around 15 people snaking up the steps. Furthermore, the roti chef stands on view inside the entrance of the restaurant displaying his skilful folding, tossing and stretching of the roti dough - a notoriously difficult skill. 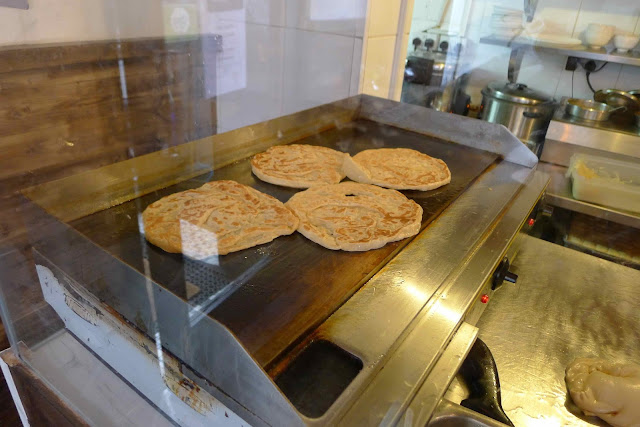 As I shared a bench with a couple of annoyimg Londoners berating the Welsh rugby team and lack of things to do in Wales (I feel increasingly Welsh day by day), I necked a lovely mug of teh tarik. 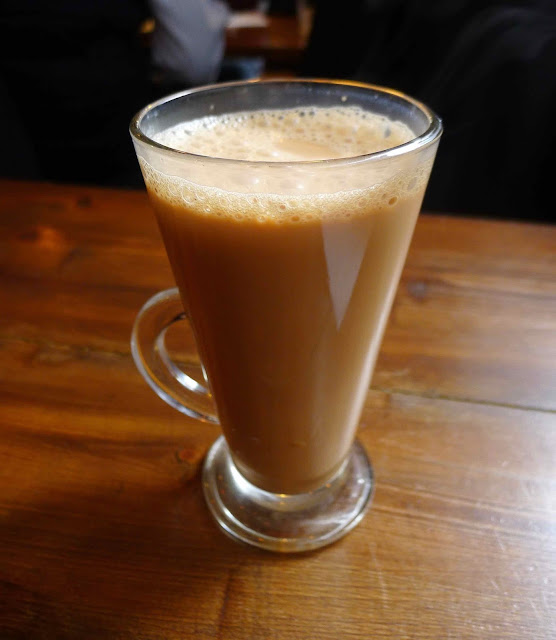 Then the main events arrived.

Two stonkingly good roti canai were served with a mega-deeply flavoured on the bone lamb curry. At £5.50 it’s a great value lunch and a generous portion. Even more impressively, if you have dhal instead of lamb then it’s a mere £4 - one of the best value lunches in the capital. 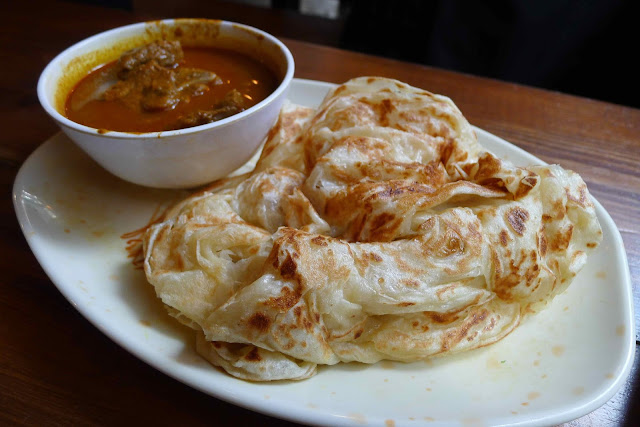 As I had to line my stomach before a heavy session on the booze, I of course ordered another dish.

Roti Telur (£3), was another stonkingly good flatbread made from the same dough as the roti canai, I think. This time it was stuffed with a golden fried egg and served with a beautifully flavoured pot of dhal on the side. 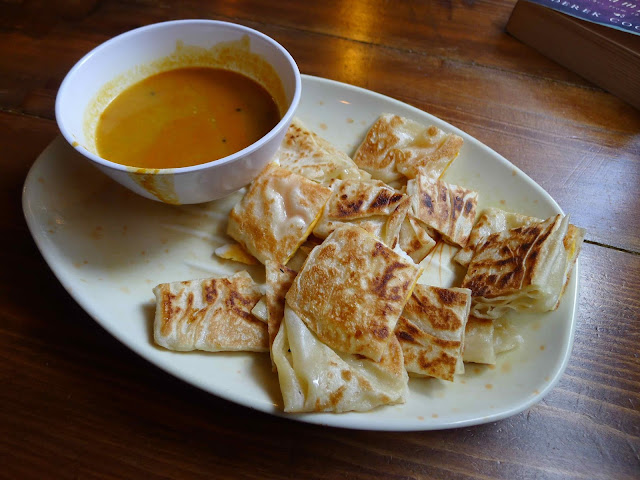 Roti King is the king. If you’re looking a for a roti canai love-in, then this is the place to have it.