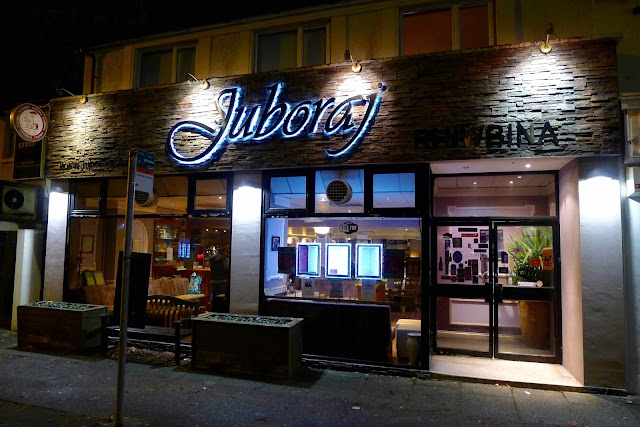 The Juboraj group is undoubtedly one of Cardiff’s best known and longest standing restaurant institutions.

With restaurants in Rhiwbina, Mill Lane and Lakeside amongst others, this chain of Bangladeshi / Indian restaurants has a history which dates back to 1989 when they first opened in Cardiff Bay’s Bute Street.

I’ve previously visited the Lakeside and Cardiff Bay branches where I’ve had perfectly decent yet unremarkable meals. So, when I ate at the Rhiwbina restaurant it’s unsurprising that I had a very similar experience. 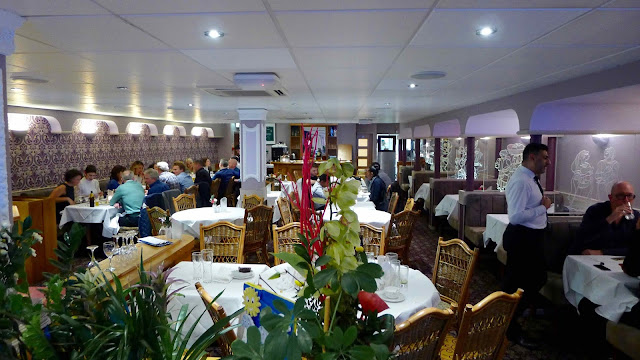 Poppadoms and chutneys were on the mark. A lime and mixed vegetable number was the standout with a good level of spice and sourness. 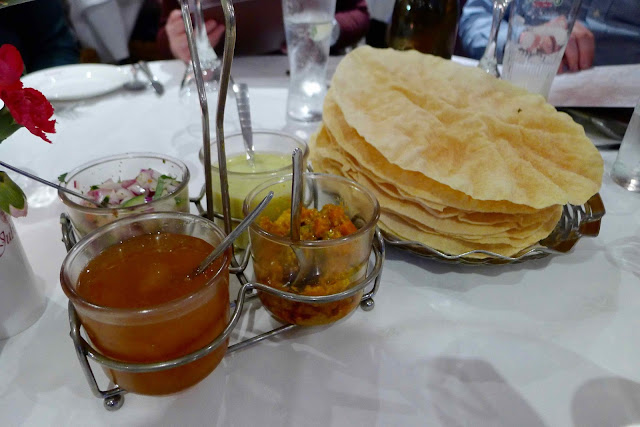 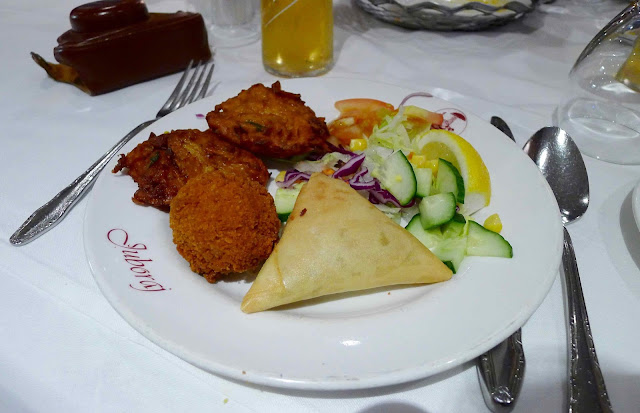 Machli biran (£6.55) saw salmon coated in a lightly spiced marinade. However, the use of a fillet instead of a slightly boney steak would have improved the dish immeasurably. 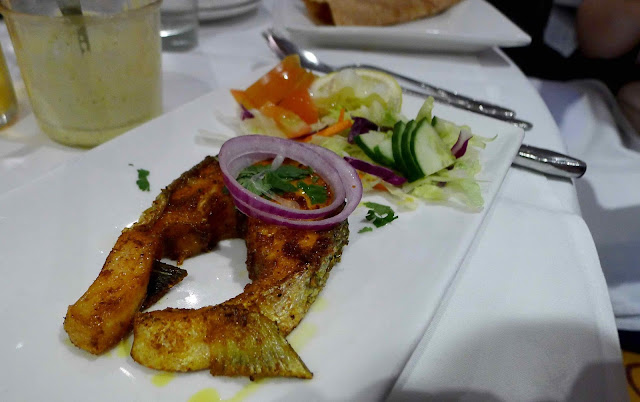 Masala chicken wings had a good level of char and spice. But, £6 for three half wings seemed over ambitious in price. 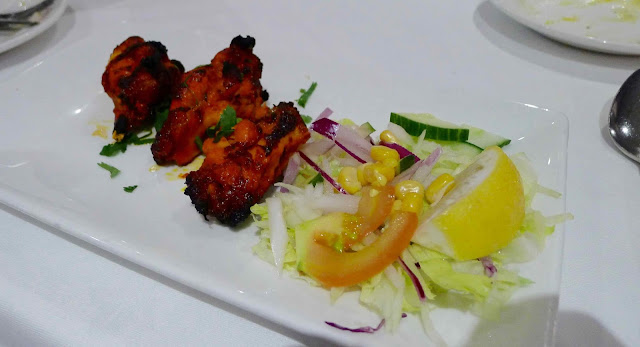 Onto mains, and tandoori chicken (£11) was tender and generously portioned. A mound of caramelised onions were equally compelling. 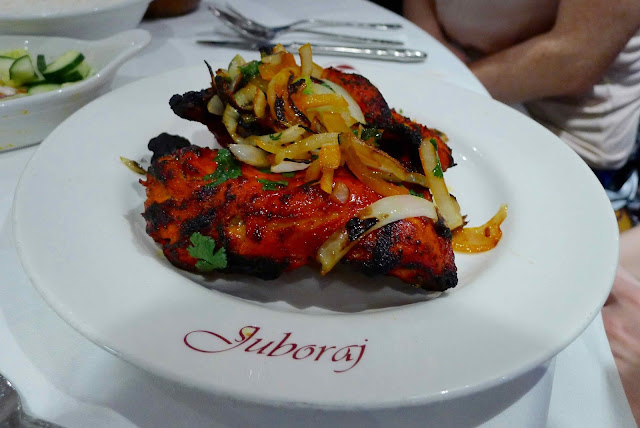 Murgi massala (£12.55) saw heaps of tandoori chicken slices in a keema flecked sauce. It was an enjoyable curry but it would have benefited from a bigger hit of spice. 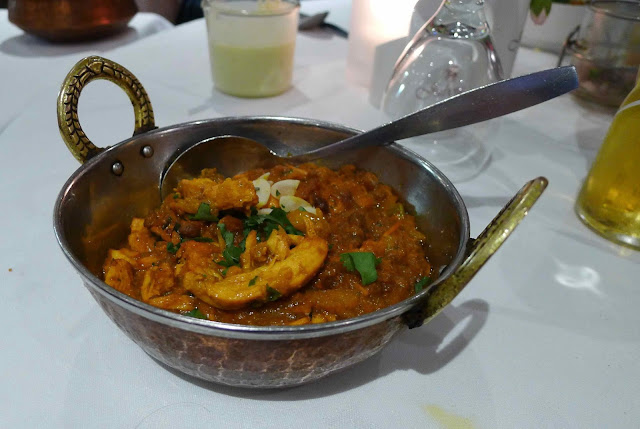 Salan-e-ghost (£13.60) was intensely flavoured but the pieces of beef in the curry were disappointingly dry. 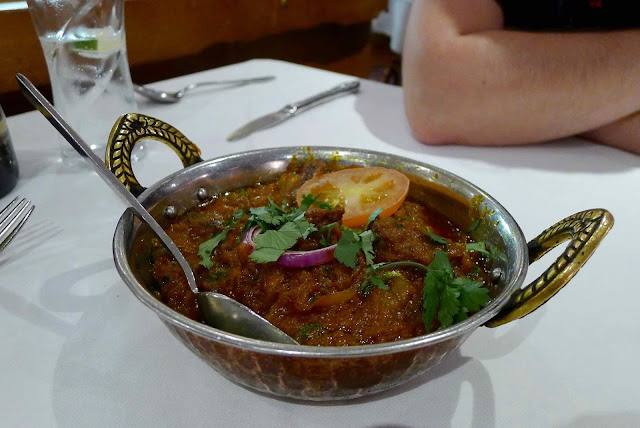 A peshwari naan and pilau rice both did the job. However, an off-menu garlic keema naan was a revelation which I’ll certainly adding to my regular curry regime. 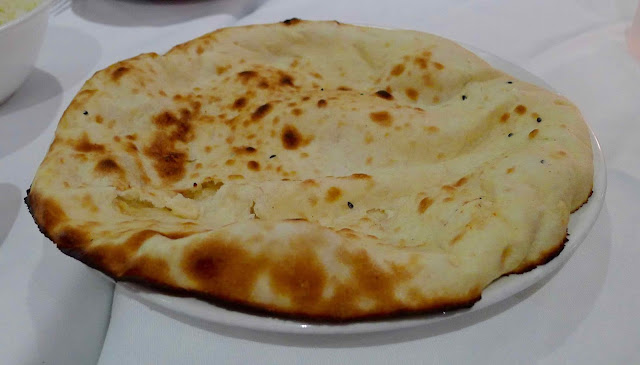 With slightly higher pricing than other high street curry houses, I'd expect more than the average from Juboraj. On this occasion, it was just average.