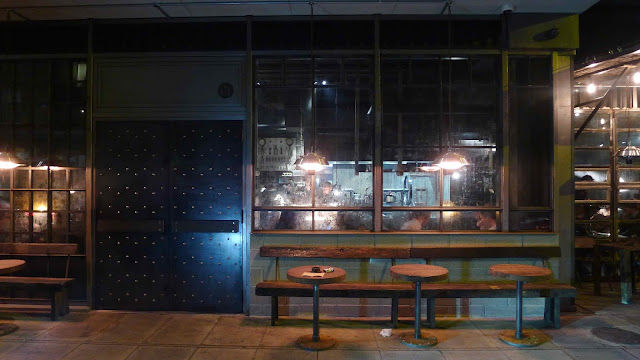 On the surface, Smokestak seems like the epitome of Shoreditch twittery. The restaurant’s name is barely visible above the door, the lighting is almost non-existent, tuuunes pump out on the stereo and the staff in their all black attire look almost to cool for skool.

But, looks are often deceiving. 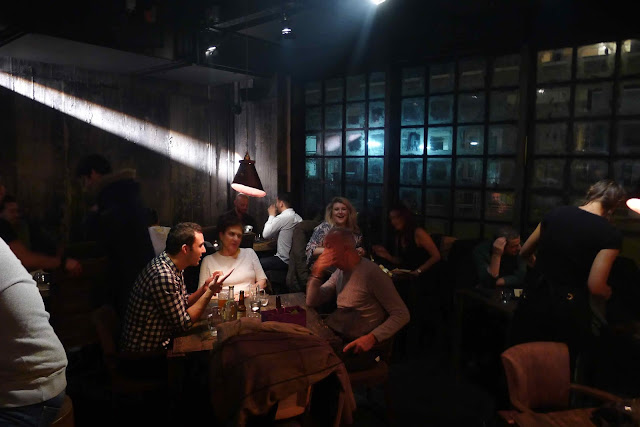 Other than the phenomenal American style barbecue which we ate (Smokestak have been lauded members of London’s street food scene for a number of years), the serving team turned out to be the friendliest I’ve encountered in ages.  And, after a bit of acclimatisation, the music and lighting were tolerable.

Ice cold craft beers from The Kernel (£4.50) and Fuller's (£4.50) were served in glasses straight from the freezer. It's the little details that make the difference. 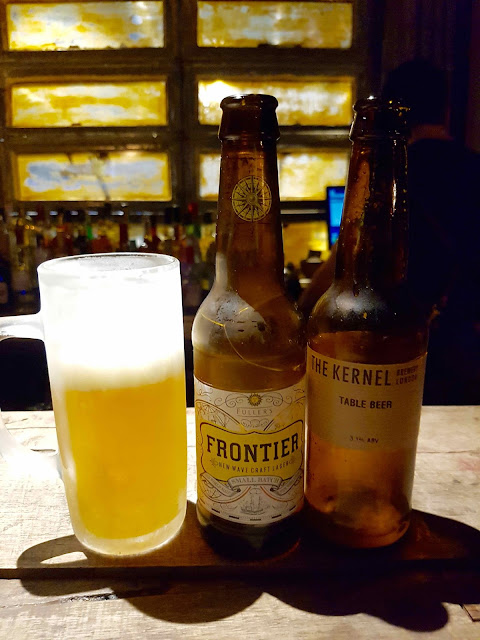 We ordered a load of food to share and there wasn’t a single bum note. 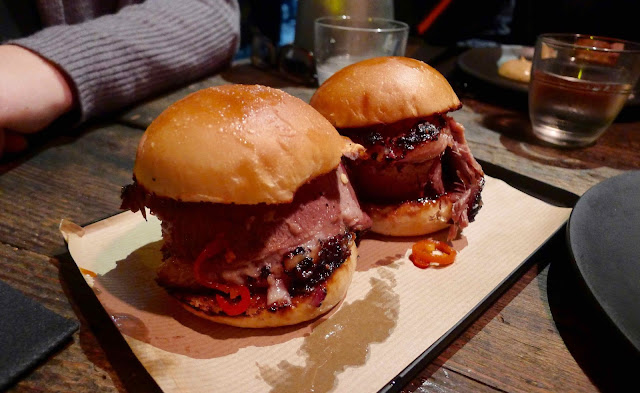 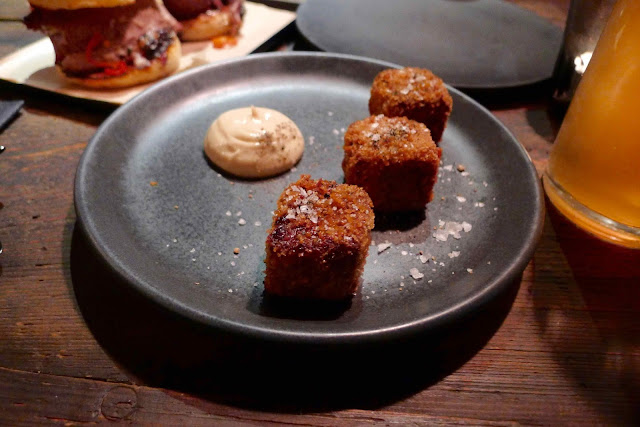 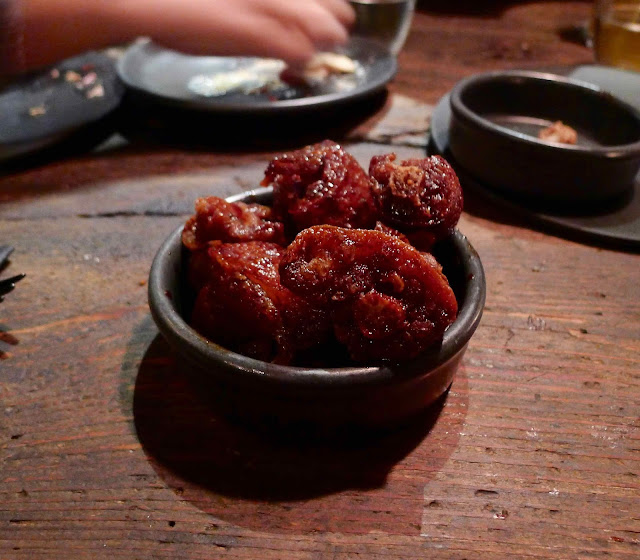 Pork ribs (£9) were top drawer. They were balanced by clean tasting pickled cucumbers. 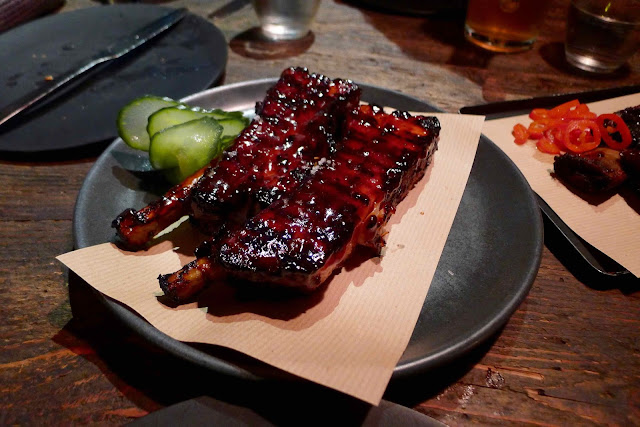 Smoked beef rib (£14.50) was another cracker. More of those pickled red chillies put in an appearance to counterbalance the dish’s richness. 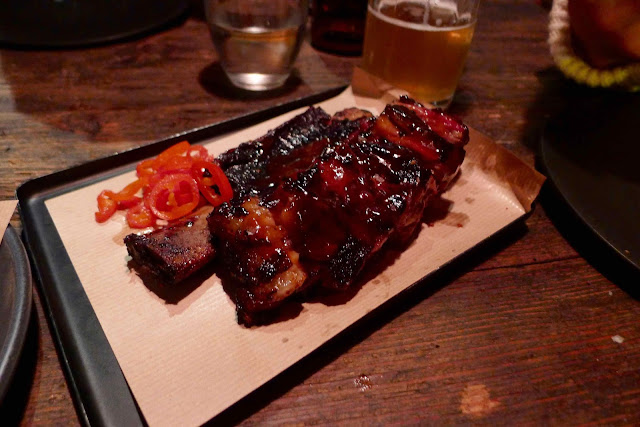 Sides of the best jacket potatoes (£5 each) would have been a meal themselves. The crisp skinned cocoons contained scooped out potato mixed with sour cream and chive topped with a load of oozy melted cheese. 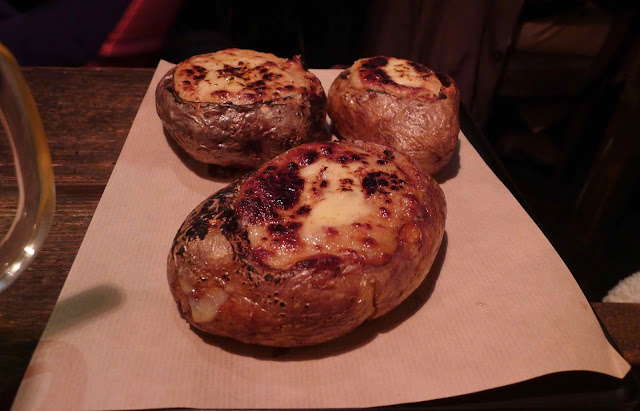 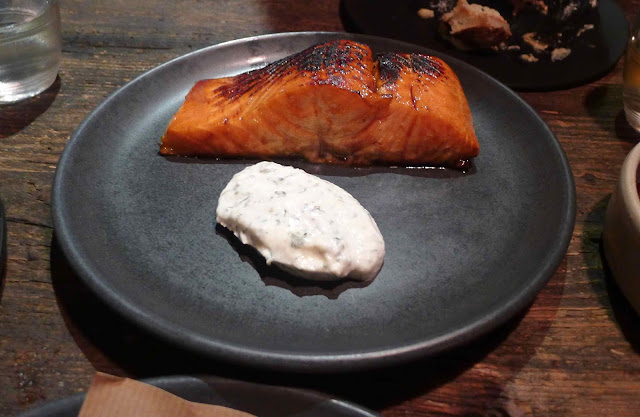 More of that killer brisket (£8) was served with a cracking barbecue sauce. 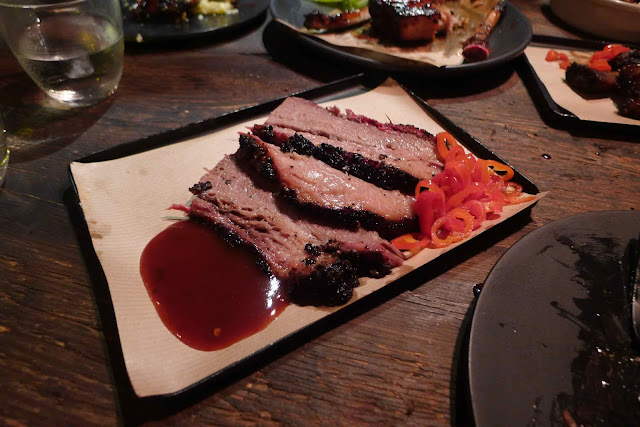 Desserts were on the nail too.

A soft, molasses rich sticky toffee pudding (£6.50) was joined by smooth burnt butter ice cream. The delicate burnt taste of the ice cream intensified the flavour of the whole pud. 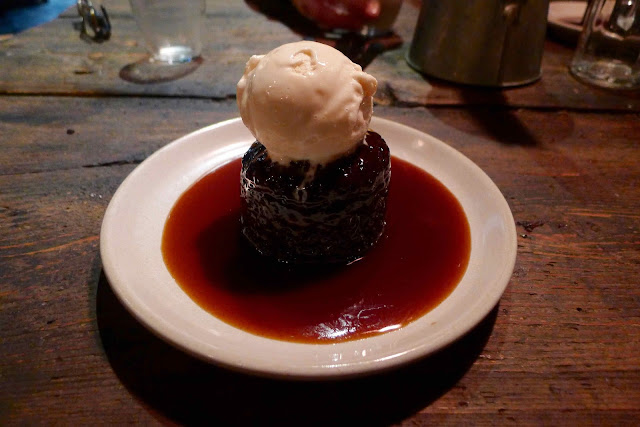 Toasted oak ice cream (£4.50) was a bit weird but still a success. The aftertaste reminded me of the woody notes of a whisky. 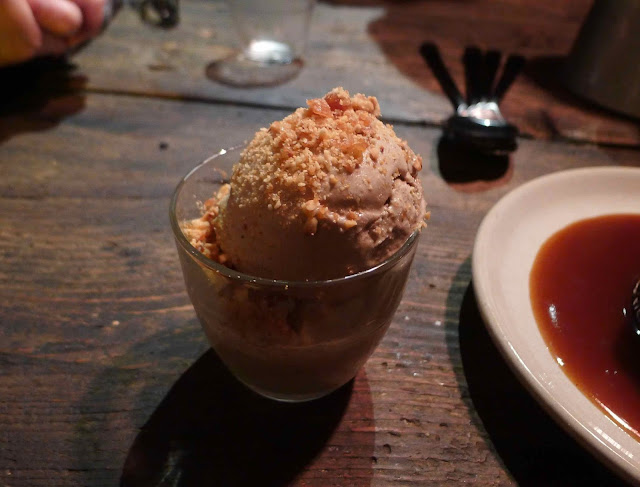 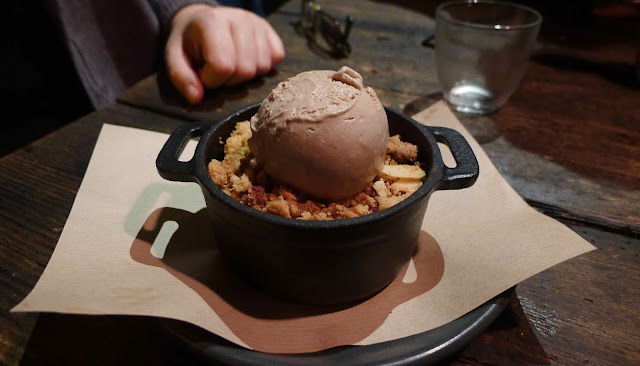 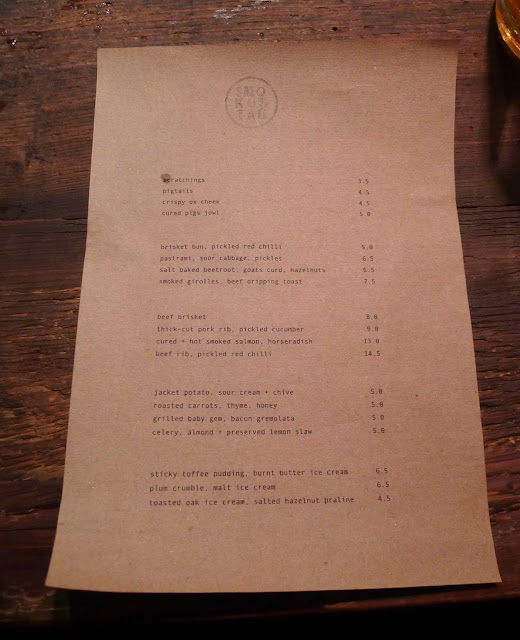