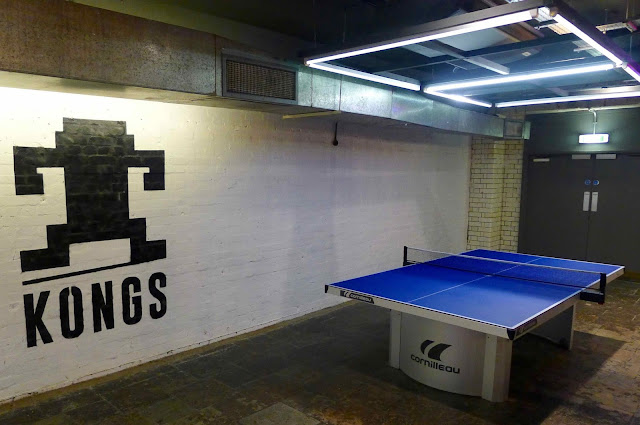 Using a pop-up as a stepping stone to opening a permanent restaurant is a tried and tested formula.

Hang Fire did it. So did Got Beef. And Dusty Knuckle too.

But each of these pop-ups were never longer than a couple of days a week over the space of a few months.

So, the more long-term relationship between Burger Theory and Kongs bar is a unique one. The Bristol-based burger makers already have a residency at Kongs in Bristol seven days a week and now they’re doing the same at the recently opened Cardiff Kongs. 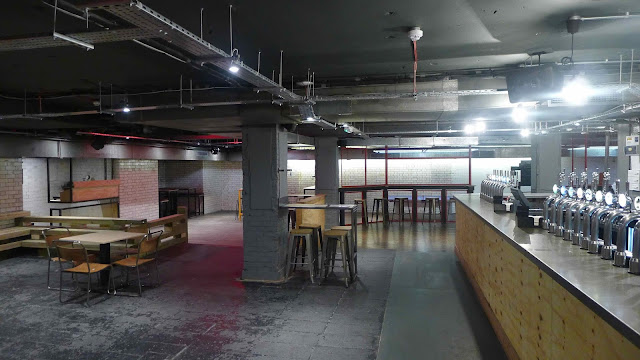 Kongs is a nice place – it has a post-apocalyptic vibe with its subterranean setting, exposed concrete ceiling and reclaimed wood furniture.


The main selling points are a host of retro arcade games at a pricey £1 a play and a pair of table tennis tables that are free to use (except on Fridays and Saturdays when they’ll be charging £5 per half hour). 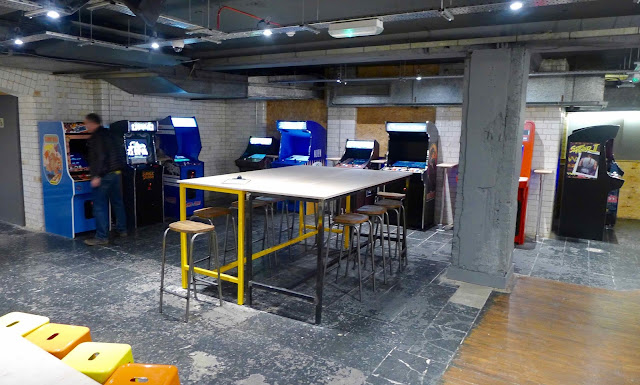 The beer selection is decent too. I had a citrusy pale ale from Wiper & True whilst Mrs G drank a Beavertown Gamma Ray. 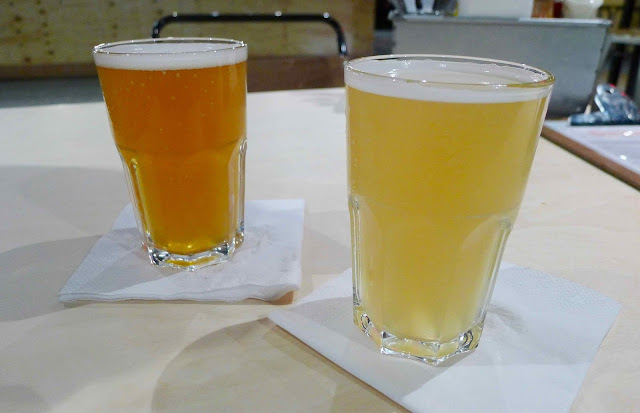 Burger Theory’s menu is packed with interesting burgers from the Korean fried chicken burger to a Southern fried portabello mushroom with halloumi. There’s also funky sounding sides such as pulled ham dirty fries and a pork and venison scotch egg. 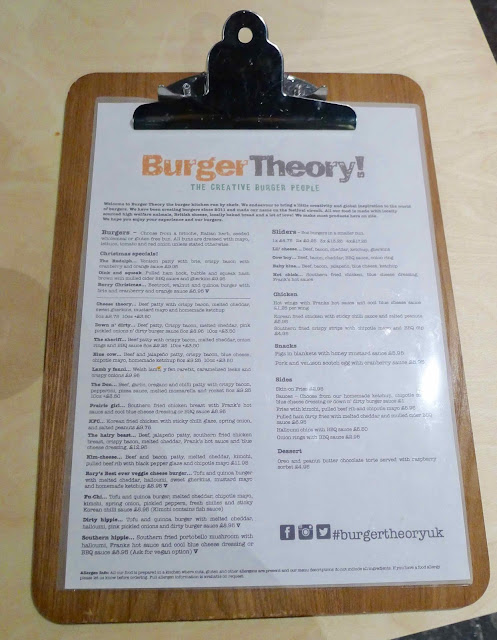 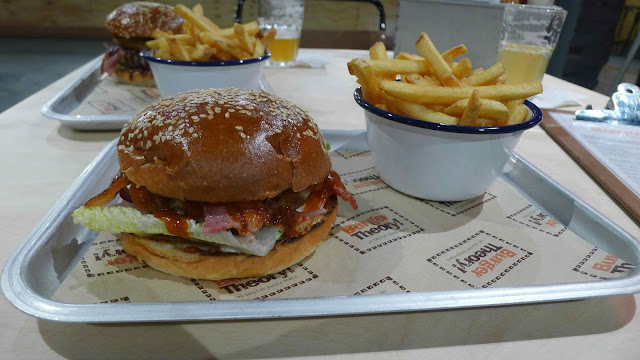 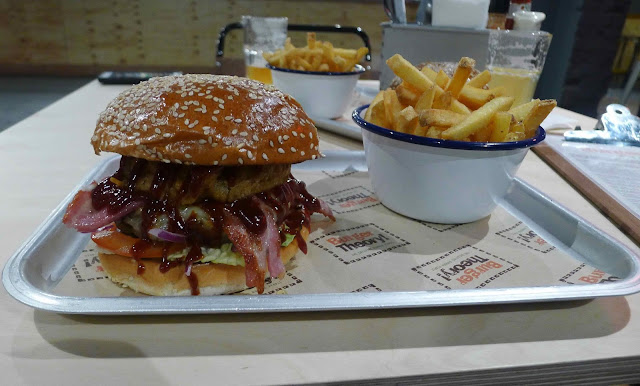 Both were served in an excellent brioche bun with a golden glaze and a soft, sweet crumb that held together well. 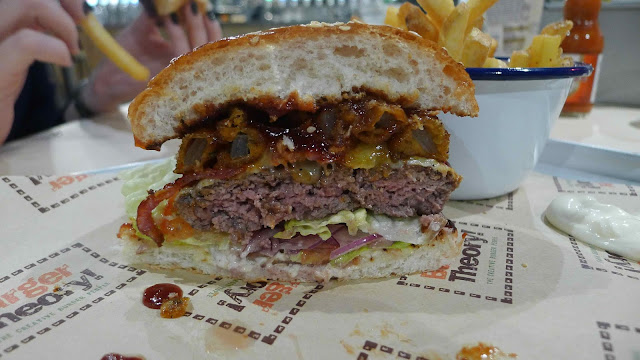 Both were first rate burgers. In fact, both were frigging awesome burgers.

The skin on fries were on the nail too (£2.95) – well-seasoned, fluffy and copious in quantity.

I like Burger Theory a lot and I can't wait to give the rest of their burgers a run for their money.

I've made a couple of return visits to Burger Theory to work my way through the menu. It was all lush

The Prairie Girl (£8.95) was one of the finest chicken burgers I've ever eaten - a hyper crisp crumb giving way to a tender chicken fillet. The accompanying brioche bun, tangy blue cheese sauce, fiery Franks hot sauce and lettuce slices were bang on. 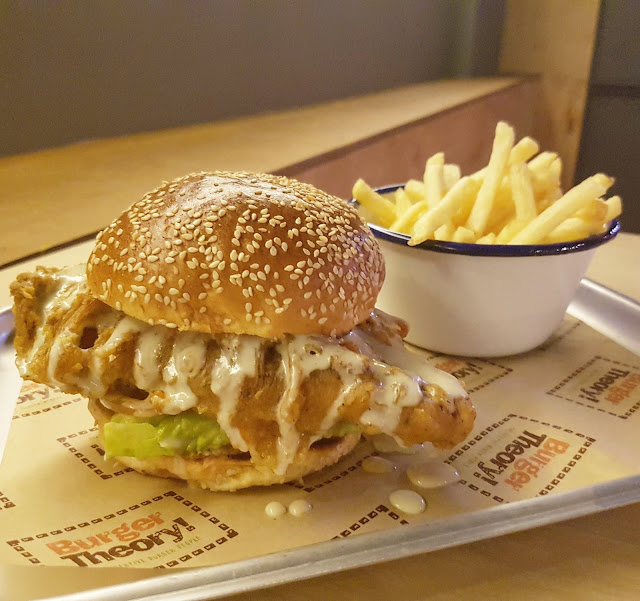 A side of Korean Fried Chicken (£5.95) was excellent. Impeccably crisp-crumbed chicken thigh pieces were topped with a sticky and spicy chilli soy sauce and a good scattering of peanuts, spring onion and red chillies. 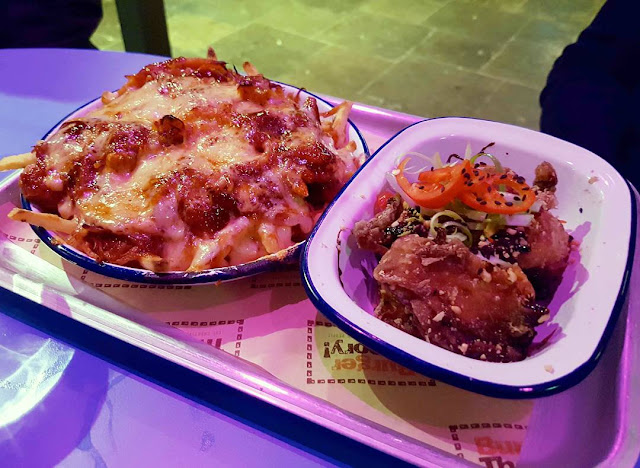 Disclosure - I was invited to Burger Theory for my first visit, all food was complimentary.