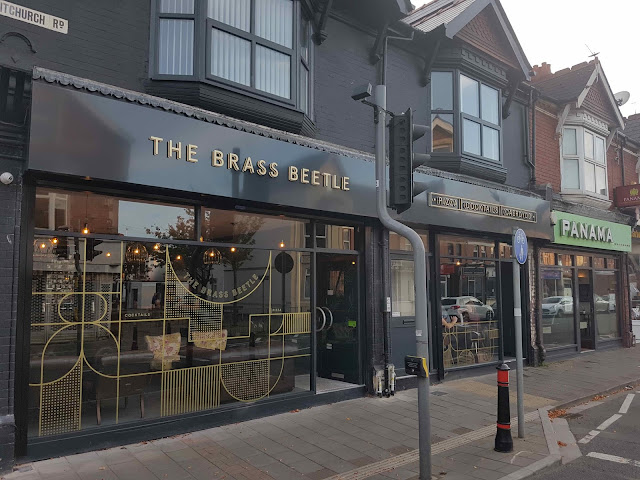 Whitchurch Road has had a renaissance. When it comes to indie places to eat and drink it can more than hold its own against more fashionable parts of Cardiff like Roath, Canton and Pontcanna. 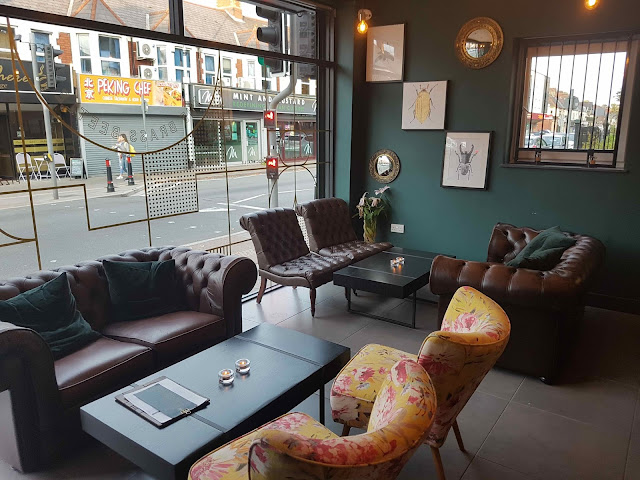 Whoever has done the design and branding knows their onions. The art deco logo combined with regal green, dark wood and brass detailing are super swank. And, the pizza oven that sits in the open kitchen is a beautiful beast. 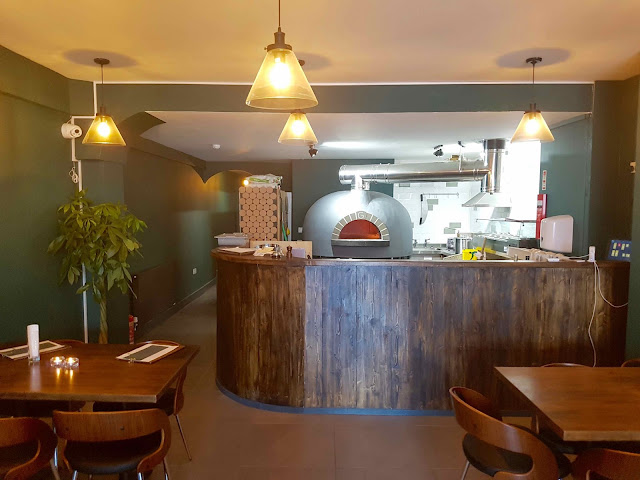 The cocktail menu is concise but well-formed.

Mrs G kicked off with a Straight Up Mojito (£8.50), a refreshingly boozy twist on the classic that balanced well sour citrus, sweetness and mint fragrance. 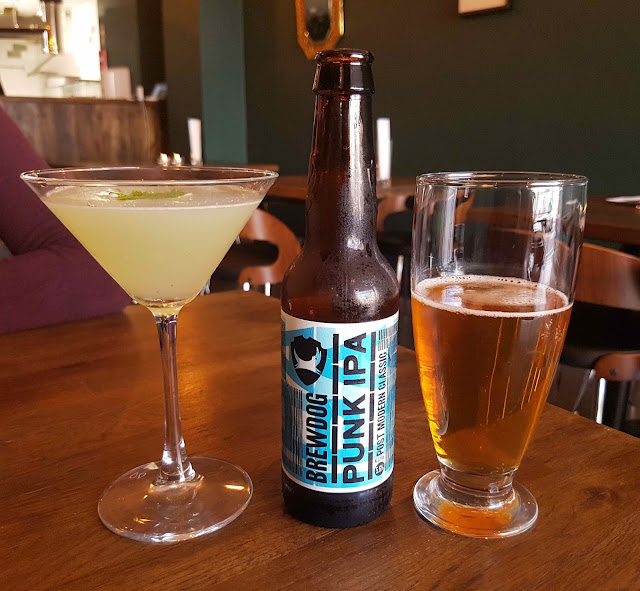 She followed it up with a Peach Gin & Tonic (£8.50) with loads of fresh fruit and the delicate aroma of rosemary. 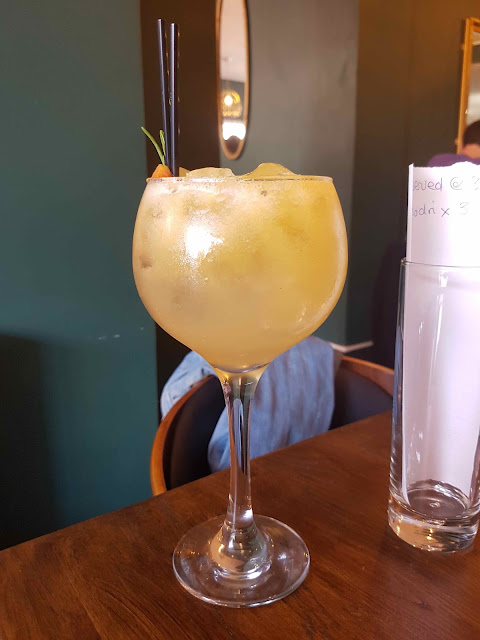 The Brass Beetle’s pizza menu features a range of interesting flavour combinations including sweet chorizo with hot honey and charred red peppers with cured egg yolk. There are also a handful of specials and sides on a blackboard. Desserts are a work in progress and should hopefully be added to the next version of the menu.

Both the pizzas we ordered were lovely; the crisp crust had a good chew, the base was thin and the toppings were generous in quantity.

Mine was topped with shreds of tender ham hock (£9.95), meaty wild mushrooms, a seriously savoury ooze of Perl Las, light tomato sauce and a scattering of parsley. 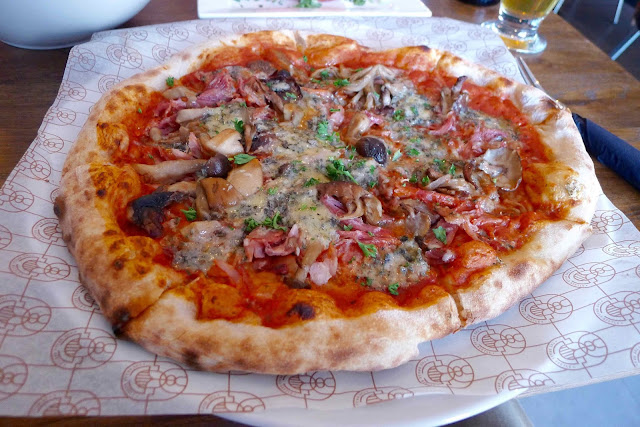 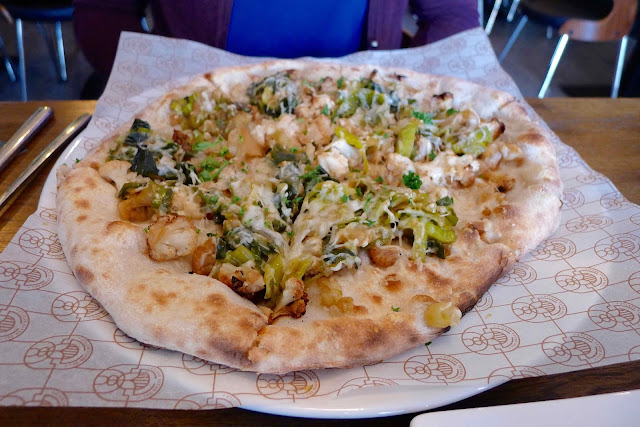 A stack of halloumi fries (£3.95) were crisp and golden with a soft and slightly chewy interior. They were accompanied by an enjoyably punchy jalapeno dip. 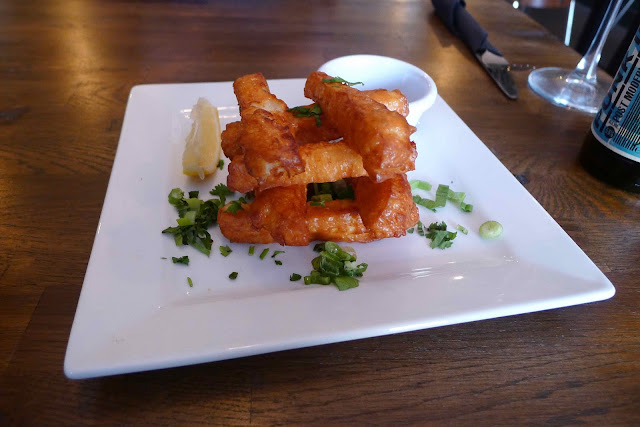 A whopping side salad (£2.50) was a bit heavy on the rocket and light on dressing but was pepped up nicely by pieces of earthy beetroot, salty fronds of samphire and pink pickled onions. 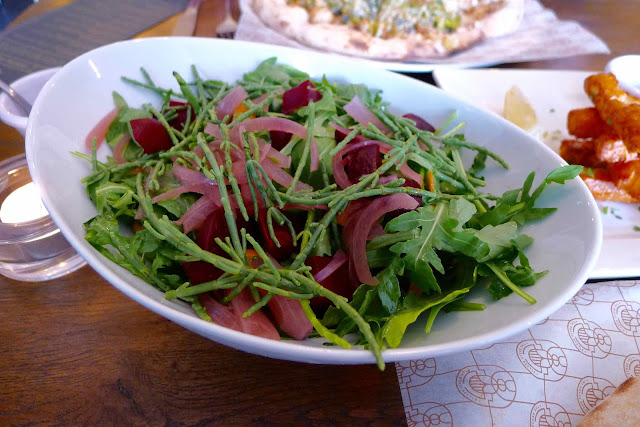 I really liked The Brass Beetle; the serving team were charming, the pizzas were delicious and the cocktails kicked ass. They’re another very good addition to Whitchurch Road.