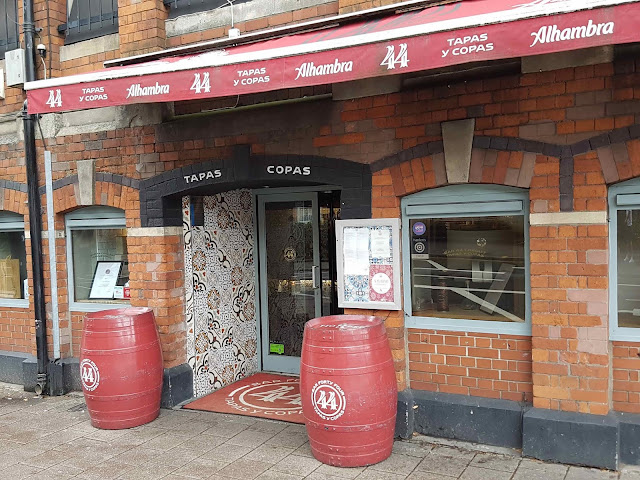 “I don’t eat roast dinners out very often because I can knock one up pretty well myself at home.”

This was the kind of thing I used to say a few weeks ago before I’d ever had a Sunday roast at Bar 44 Cardiff.

Now I’ve eaten their Spanish-influenced version, I’ll refrain from such smug language ever again. My Sunday roast is an embarrassment compared to theirs.

I wouldn’t expect anything less from a team who’ve done so much to raise the standard of Cardiff’s independent dining scene. Every element of their roast has been improved through a Spanish tweak; there’s nothing unnecessary - everything tastes fabulous. 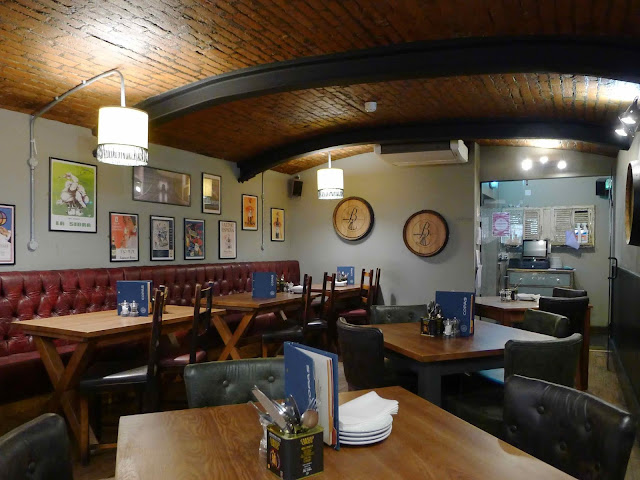 Available on a first come first serve basis, Bar 44 had sold their last roast by 1.20pm on the dreary Sunday we visited. I’d highly recommend reserving one in advance.

At £38 for two, you get a really generous amount of food to share. I was glad we gave starters a miss as our roast dinner pretty much covered our entire table.

Whilst we waited for the main event we inhaled a bowl of plump, meaty and citrusy Gordal olives (£3.80) and glasses of dry, saline and super refreshing Micaela Manzanilla (£4.20) and a fruity and floral Finca Verdejo. 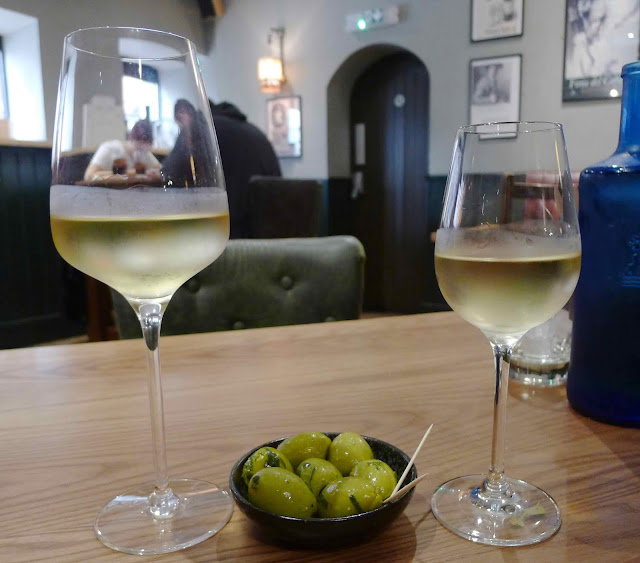 Properly beefy, reassuringly pink and soft-fatted 40-day aged sirloin of Hereford beef was clearly cooked to order. It was a welcome change from depressingly grey slices of meat which have been stewing under a heat lamp for too long. As an added bonus, they were sat on a decadently rich and smooth celeriac puree. 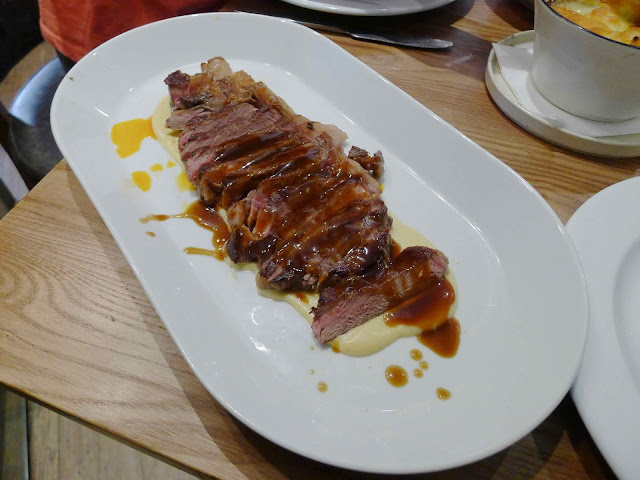 Whopping Yorkshire puddings were crisp-crusted, soft-interiored (is that a word?) and cleverly spiked with piquant chorizo oil. It’s the kind of thing which shouldn’t work but it really does. 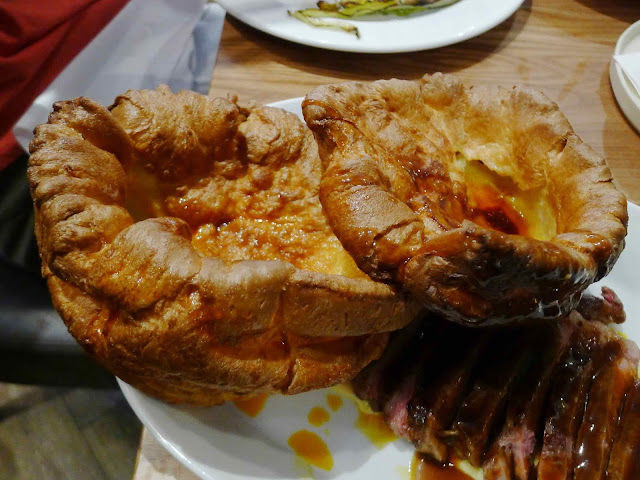 Cauliflower cheese, delicately fragranced with truffle, was thick of sauce with a golden and gooey manchego crust. 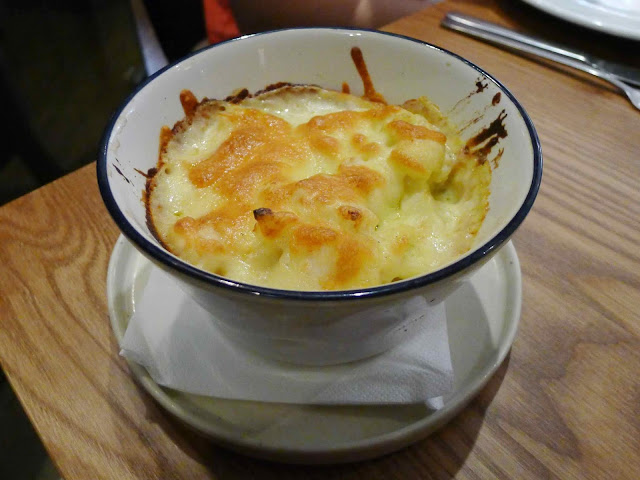 Roasties were served by the groaning bowlful. It’s the kind of generosity which makes for repeat custom. Triple cooked I suspect, they were rustlingly crunchy on the outside with a compelling rosemary, garlic and meaty note due to them being cooked in iberico pork fat. 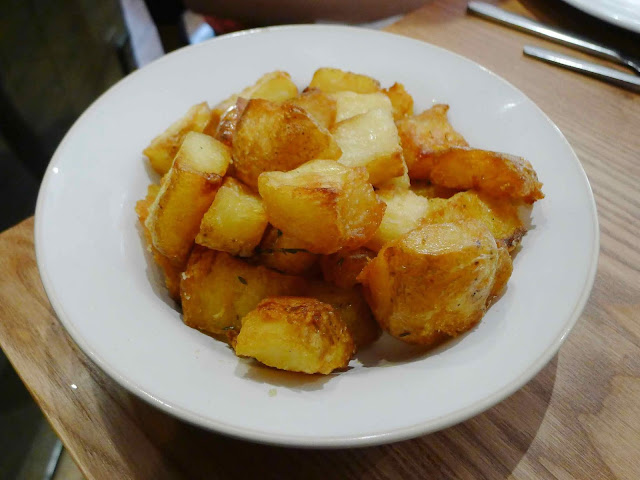 Hispi cabbage wedges, nicely crisp and charred in places and with just the right amount of bite, were slathered in a salty, porky and creamy jamon paste. 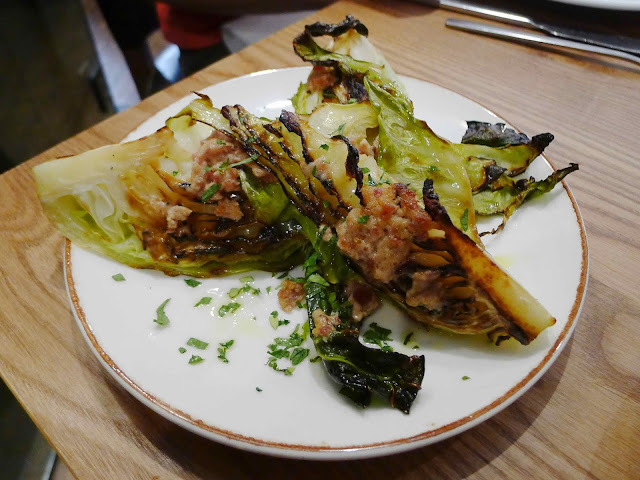 Finally a jug of thick gravy was glossy and meaty with added depth from a good glug of red wine. 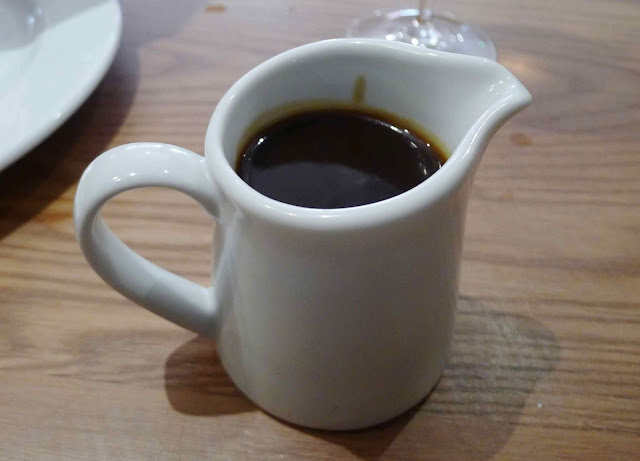 Thick, rich and smooth chocolate ice cream (£2.50) was drizzled with boozy and raisiny PX sherry. The cracking combination reminded me of the winter spicing of Christmas pudding - perhaps there was some spice in there or perhaps my palate was just shot after all that rich food. 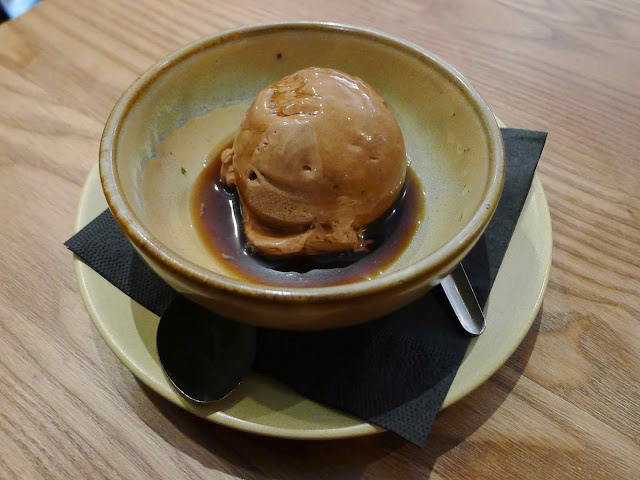 We had a fantastic Sunday roast at Bar 44 in Cardiff. In fact, it’s one of the best I’ve ever eaten anywhere.