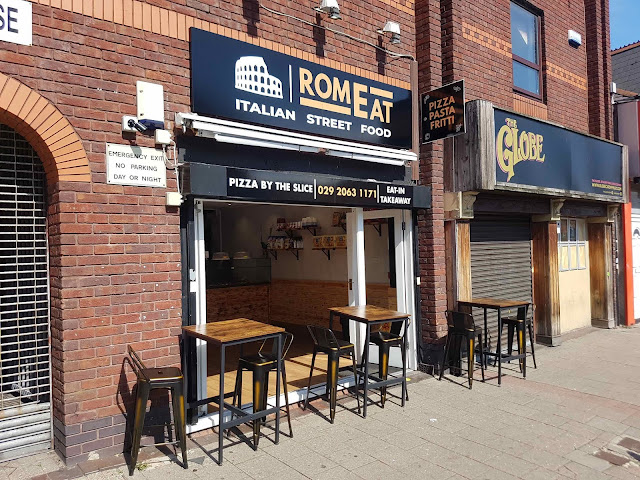 To become the best, you have to learn from the best.

It’s certainly an adage which rings true when it comes to RomEat on Albany Road, a recently opened Roman-style pizza by the slice joint.

Owned by pizzaiolo Matteo, prior to opening his own venture he spent over two years under the tutelage of pizza maestro Tony Frawley at the brilliant Anatoni’s around the corner on Wellfield Road.

Whilst their pizza styles are dramatically different - one is Neapolitan and the other Roman - the attention to detail and quality of product from both businesses is of a similar ilk.

I visited RomEat on their opening day and was mightily impressed by their selection of pizza (£2.50 - £3.50 per slice) which were generously portioned and packed with toppings. 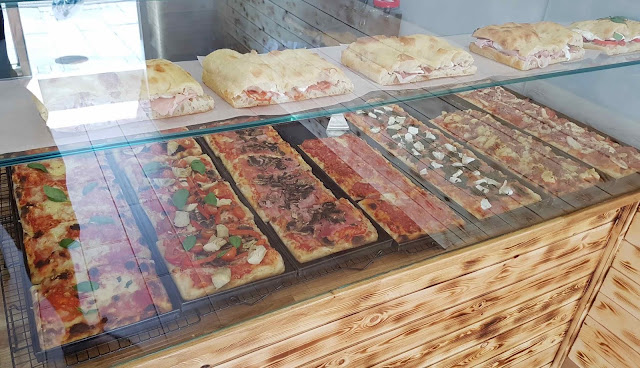 It’s exactly the kind of all day venue that suits a glutton for all seasons like myself. I’ve since been back for weekday lunches, weekend brunches, light bites for supper and post-pub snacks; I’d probably have visited for breakfast too if I’d had the chance. 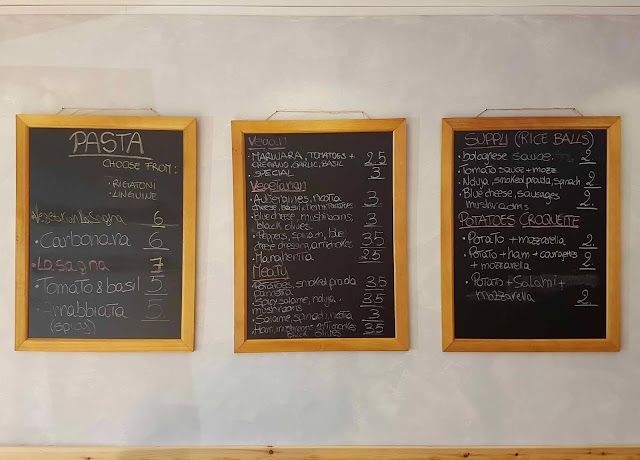 Unlike the leopard spotted, soft and floppy Neapolitan style pizza which is so prevalent in Cardiff, Roman style pizza by the slice (pizza al taglio) is known for its airy and bubbly, crisp-based crust. RomEat’s iteration is damn fine. 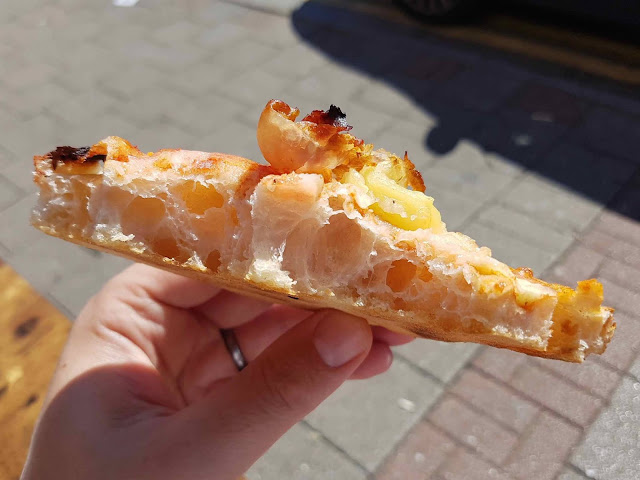 Highlights of our visits have been crisp salty pancetta with smoky provola and soft buttery potatoes (£3.50). 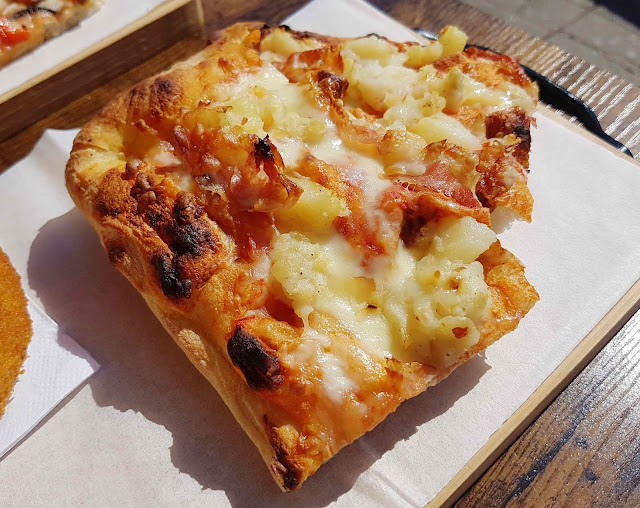 Spicy salami, with sweet roast peppers and a dusting of chilli (£3) was a lovely combination. 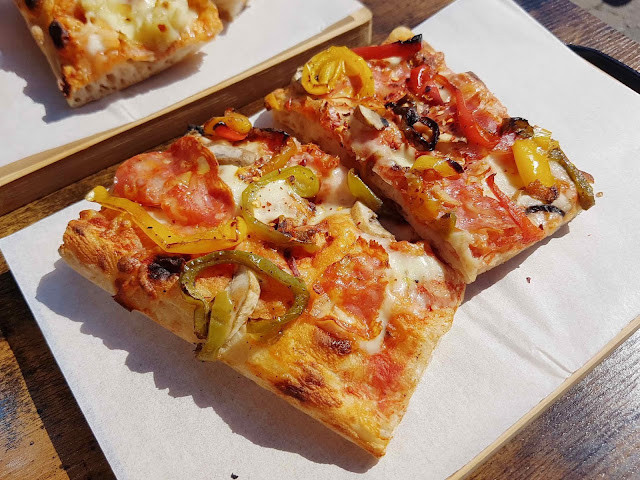 A margherita (£2.50) was a fine example of restrained simplicity - the light, fresh tomato sauce, creamy mozzarella and fragrant basil were all on point. 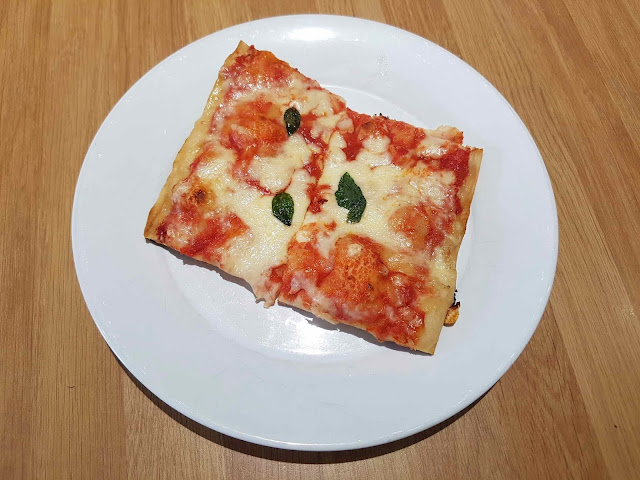 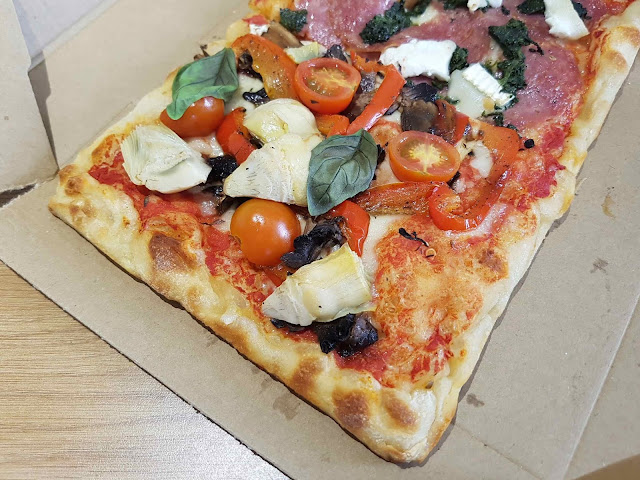 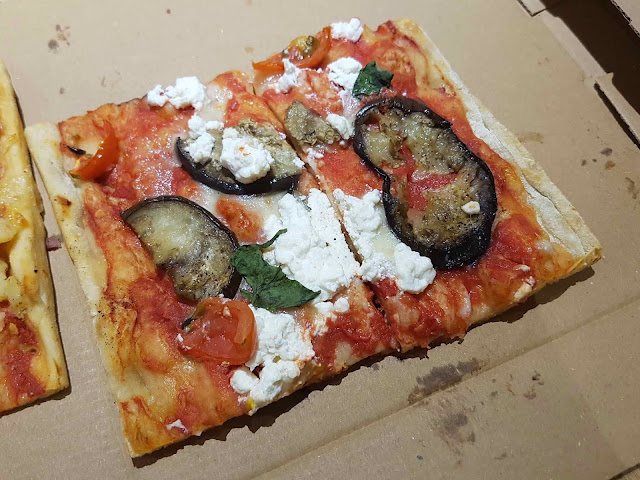 Suppli and croquettas can both be filed under “tasty stodge” - an 'nduja, smoked provola and spinach suppli (£2) and ham, courgette and cheese croquetta were both full of flavour (£2). 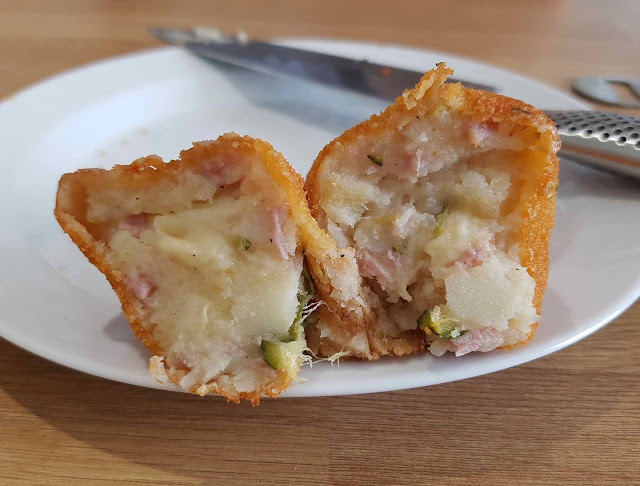 On one visit we had a blue cheese, ham and mushroom suppli fresh out of the frier and it was significantly lighter and tastier; melted cheese oozed from its core whilst the individual grains of rice fell apart with ease. 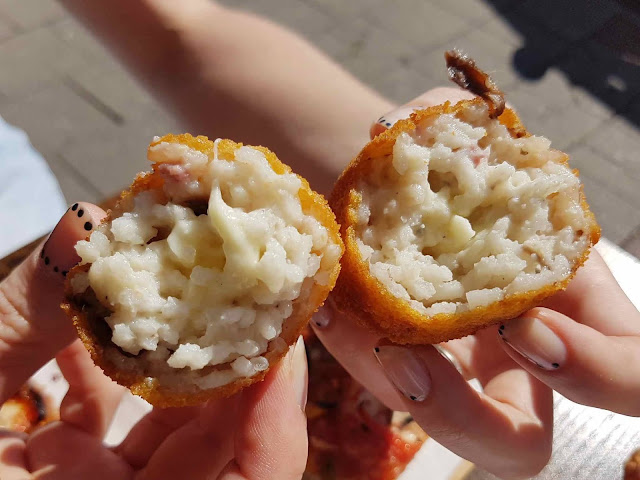 Last and by no means least, RomEat’s tiramisu is well worth a look.

Light and creamy nutella and coconut tiramisu (£2.50) was every bit as much a guilty pleasure as it sounds. 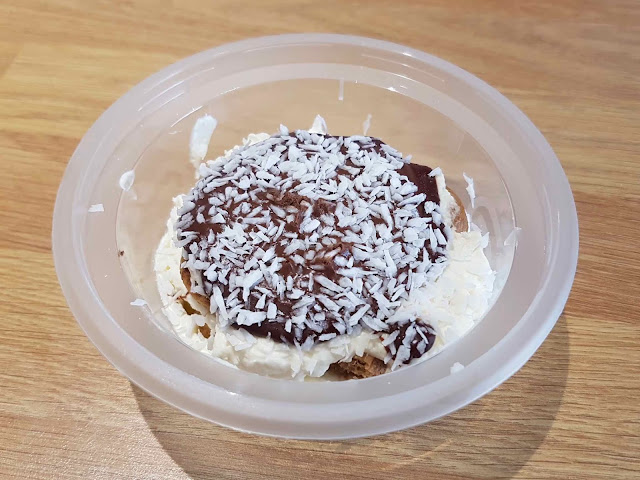 A classic tiramisu (£2.50) had a lovely hit of coffee, light sponge and a compelling creamy custardy base. 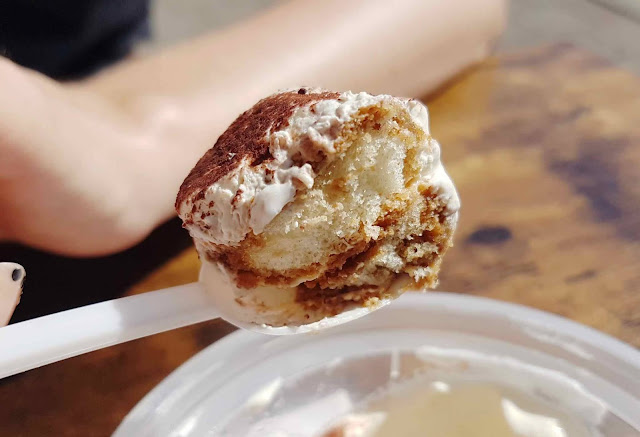