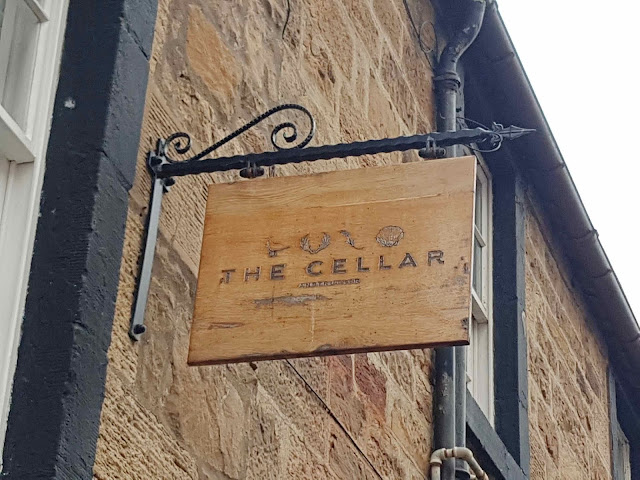 When a good friend who knows their food recommends the same restaurant for years on end, it's inevitable that you eventually have to visit; even if it's an 8 hour drive from Cardiff.

Having decided to stay in the UK during 2020, we resolved to plan a summer holiday around a visit to The Cellar in Anstruther on the Fife coast.

Owned by chef Billy Boyter, who grew up just a 10 minute walk away from the restaurant, he spent a number of years working in Edinburgh’s Michelin-starred restaurants including a stint as head chef of Number One in the Balmoral. Boyter returned to the East Neuk of Fife in 2014 to open the Cellar and swiftly gained his own Michelin star in 2015.

The restaurant’s compact dining room, which currently seats just fourteen, oozes history from its stone walls and wood-beamed ceiling. A former smokehouse, cooperage and fishermans’ store, it seems perhaps inevitable that the place would eventually become a restaurant. 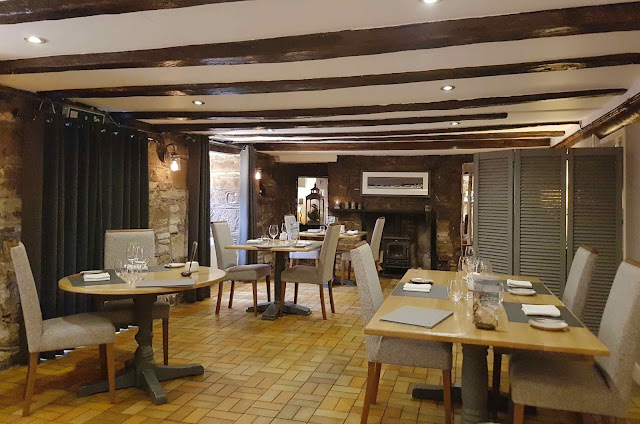 The Cellar serves a no choice tasting menu (£75 at dinner, £45 at lunch) which focuses on seasonal Scottish produce.
A wafer thin brick pastry tart was filled with summery sweet pea puree and topped with slices of tender razor clam, pea pieces and peppery nasturtium leaves whilst a layer of yuzu mayonnaise added a citrus twang. 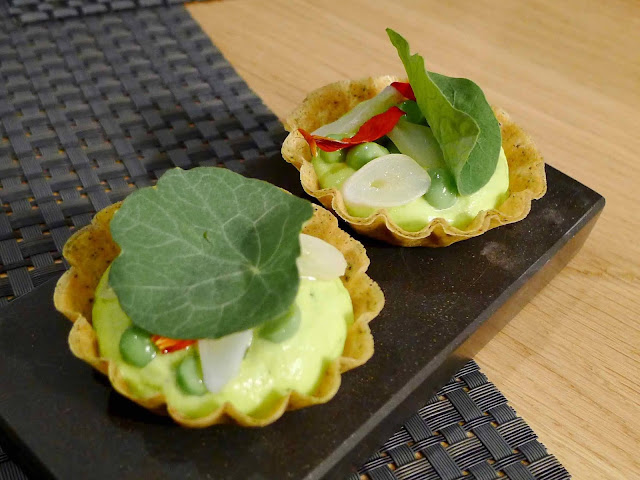 Warm, crisp-crusted and soft-crumbed sourdough was served with whipped butter with the addictive fragrance of sweet onion. We polished off one batch and practically bit off the server’s hand when we were offered some more. 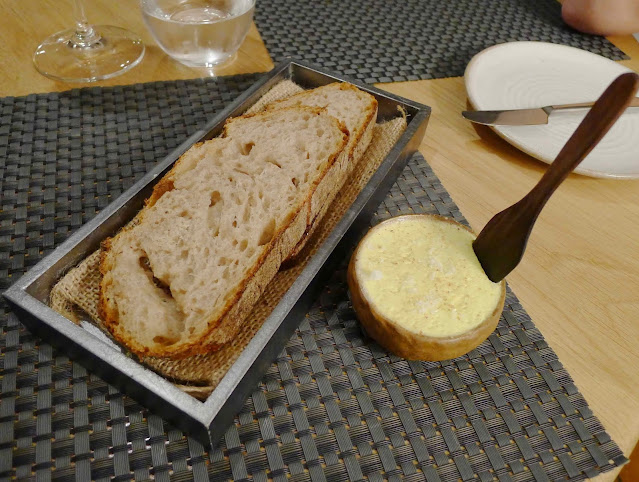 More dainty pastry work saw a fine tube of brick pastry filled with a meaty dice of oily mackerel, cleansing cubed apple and cucumber, and the warmth of a light horseradish mousse. 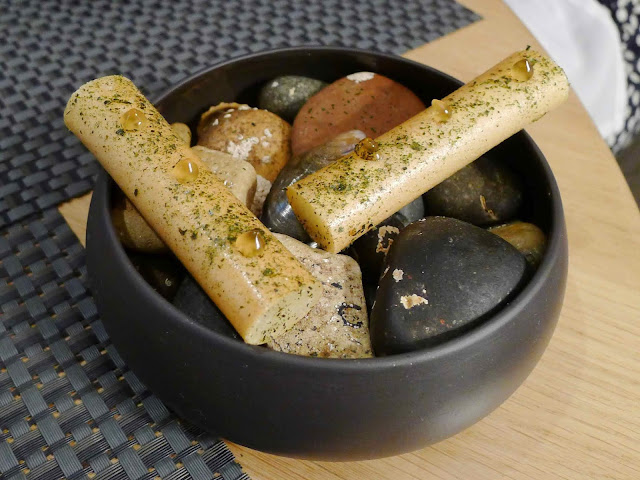 It's no exaggeration to say that the next course was one of the best things I've ever eaten and it had already been hyped up before our arrival as such. 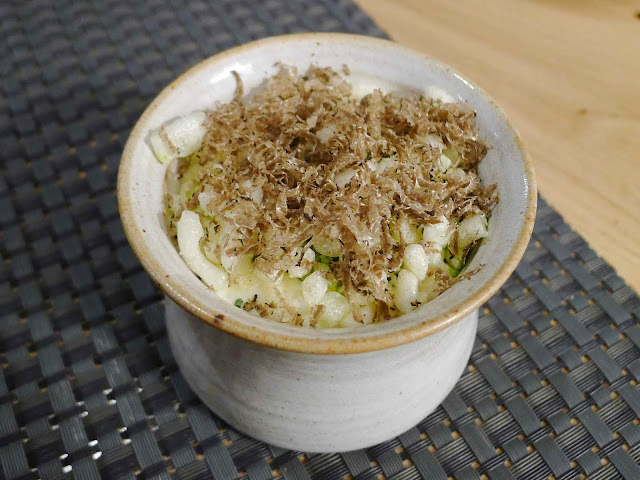 A slab of monkfish was seriously meaty. The tender fillet was bathed in a compelling Arbroath smokie sauce, topped with a silky sabayon with richness balancing acidity, and accompanied by broad beans, courgette and broccoli with a lovely lick of char. 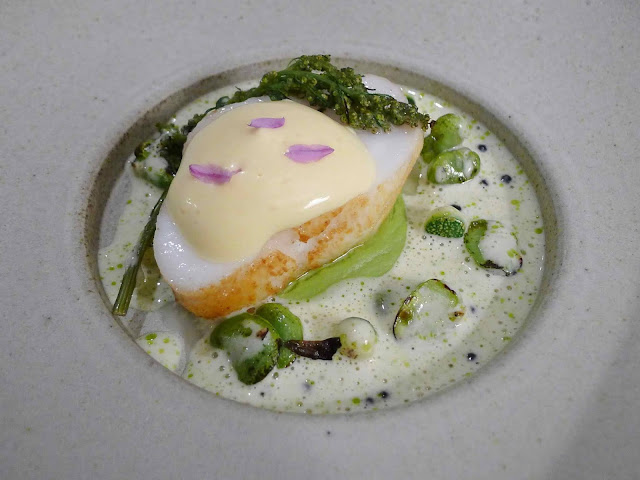 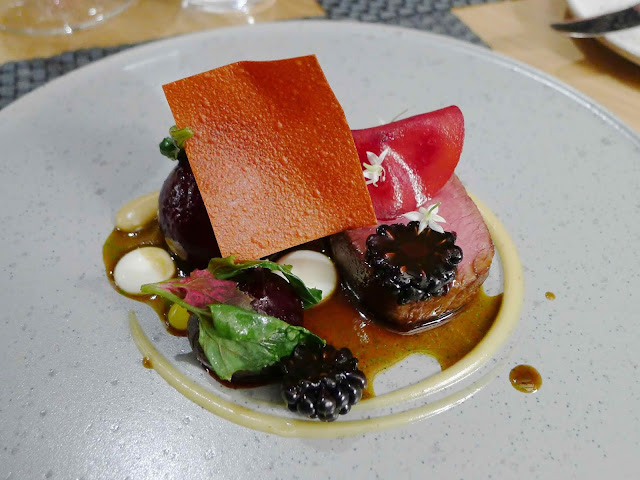 Pre-dessert was a little cracker - a smooth set custard, lightly perfumed with hay, was topped with vibrant strawberries and strawberry granita tinged with the summer scent of elderflower. 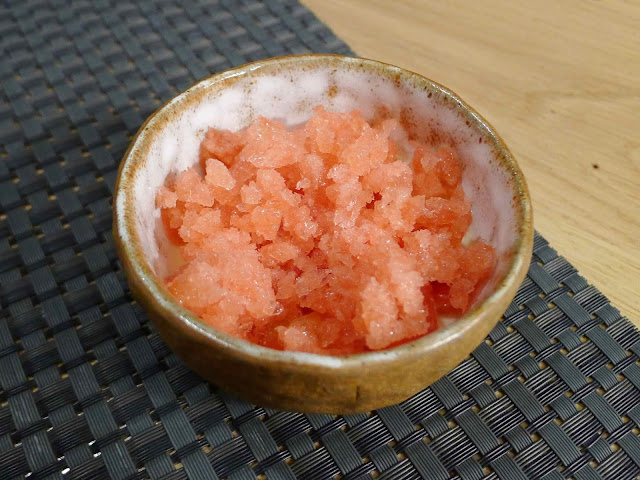 Dessert could have been a contender for the Stirling prize such was its architectural ingenuity. A hollow cylinder of thin and crisp meringue contained a smooth, rich and bitter chocolate sorbet, a light meadowsweet mousse, cleansing tart raspberries and blobs of aromatic honey puree. It was a lovely thing indeed. 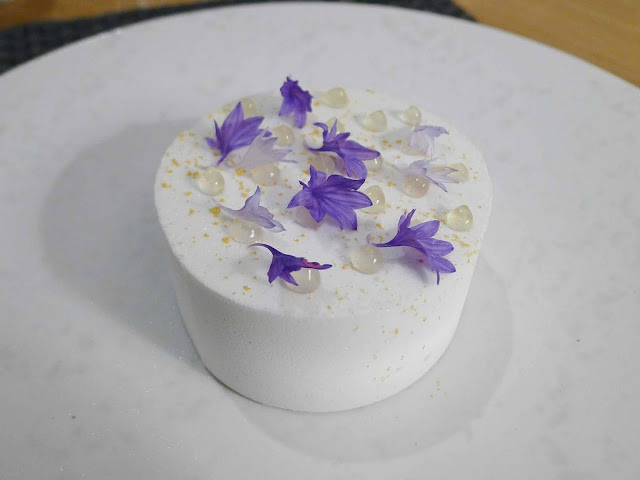 I'm all about the petit fours and The Cellar's didn’t disappoint - wobbly pineapple jelly, warming pepper dusted squidgy marshmallow and a decadent peaty and boozy Scotch whisky bitter chocolate truffle were all bang on. 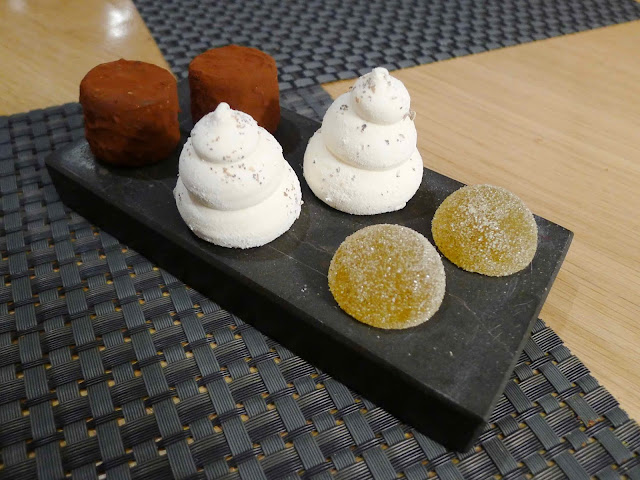 Confident classic flavour combinations with bags of intricate technique make the Cellar one hell of a restaurant. We had an epic meal and alongside Fife’s other culinary bounties it’s well worth the trip.
The Details:
Address - The Cellar, 24 East Green Anstruther, Fife KY10 3AA
Web - https://www.thecellaranstruther.co.uk/
Telephone - 01333 310378
Posted by gourmetgorro at 08:18