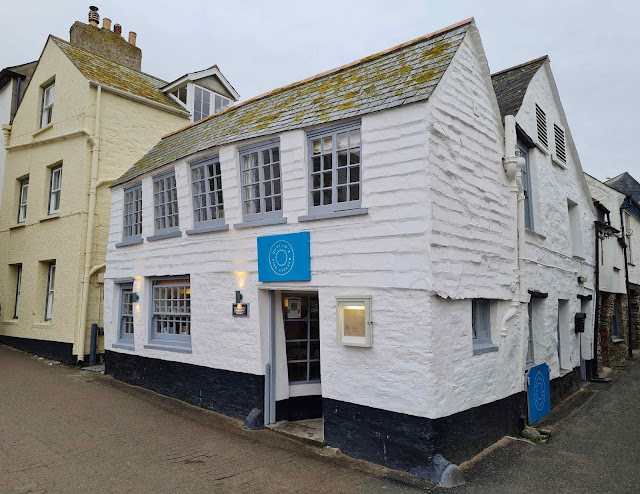 The most common piece of feedback I receive when I write about Michelin-starred restaurants is that the commenter would require a kebab after the meal due to the poxy portion sizes.
It's most certainly not an accusation which could be levelled at Nathan Outlaw's Fish Kitchen.

Located on the Port Isaac harbourside in a teeny higgledy-piggledy fisherman’s cottage which dates back to the 15th Century, the restaurant serves a no choice tasting menu for £80 a head.
It's of a similar ilk to its sibling restaurant, Outlaw’s New Road, which is located up the road. But, there were seemingly more global influences on the menu at the Fish Kitchen. 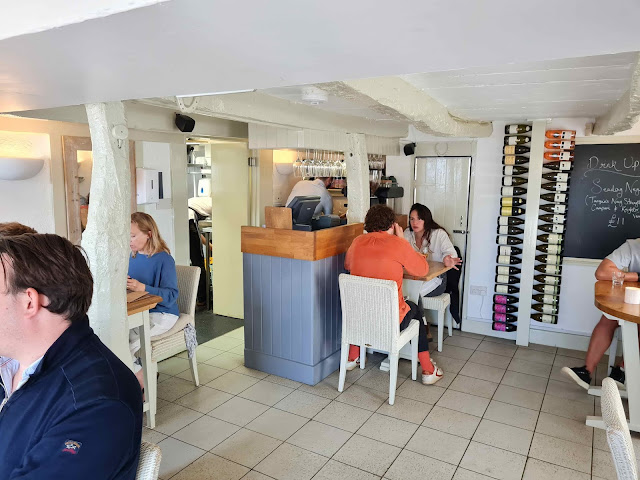 Excellent deep fried stuff started off the meal. A breadcrumbed oily Cornish sardine and a plump piece of pepper-dusted and batter-coated ling were both lush dredged through a piquant smoked paprika mayo. 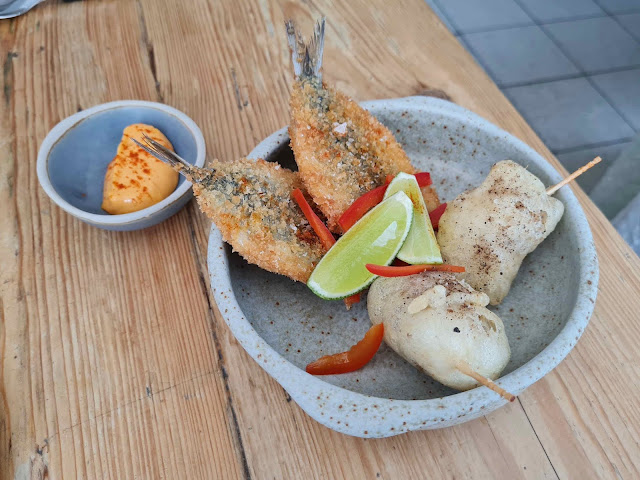 A pair of cold dishes were up next.
Meaty cured monkfish slices were bathed in a dressing with a big thrum of ginger, assertive acidity and crisp slices of fennel and spring onion. 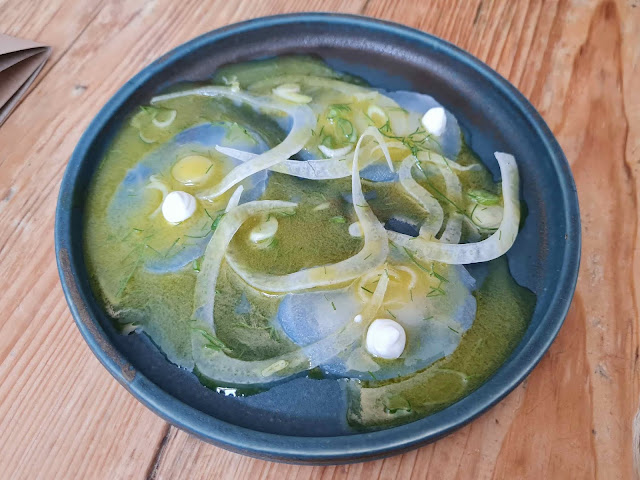 A neighbouring cured brill dish was a bigger triumph, bathed in a fresh sweet tomato dressing, and accompanied by blobs of creme fraiche and crunchy sweet cherry tomatoes. 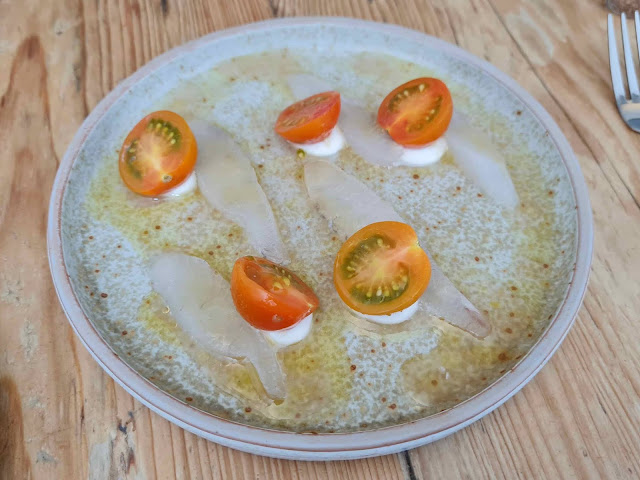 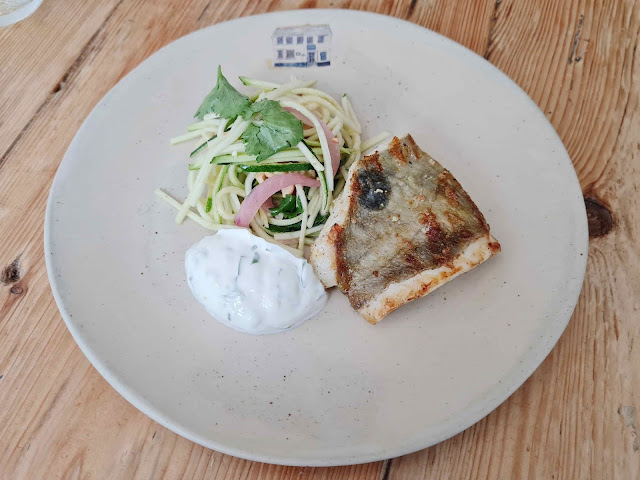 The nicest piece of line caught bass I've ever eaten followed. We overheard that the restaurant buys the entire catch from a Newquay fisherman. 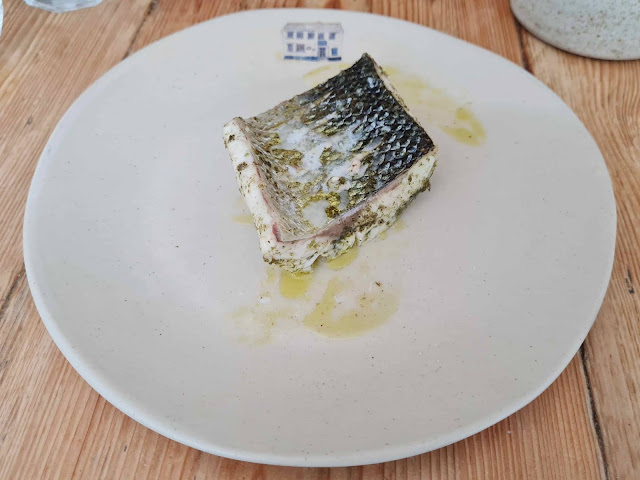 Juicy of flesh and well-basted in green herbs, it was accompanied by fluffy herb buttered spuds and a silky, buttery and citrusy smoked hollandaise which brought an addictive chargrilled note to everything it touched. 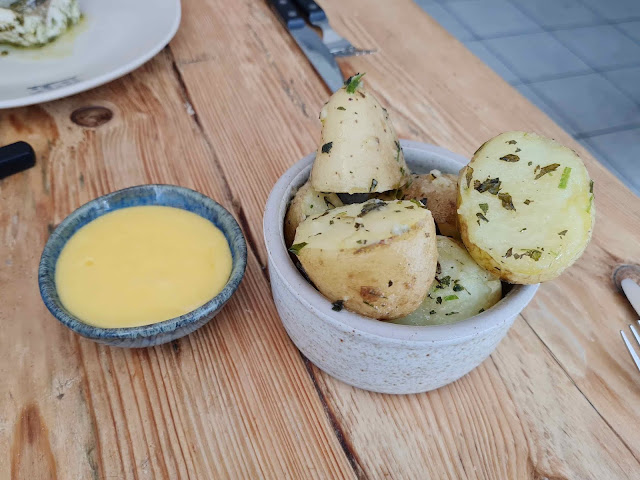 A light vanilla-fragranced baked cheesecake with sweet and delicately acidic strawberries and raspberries was a really tasty yet understated pudding. 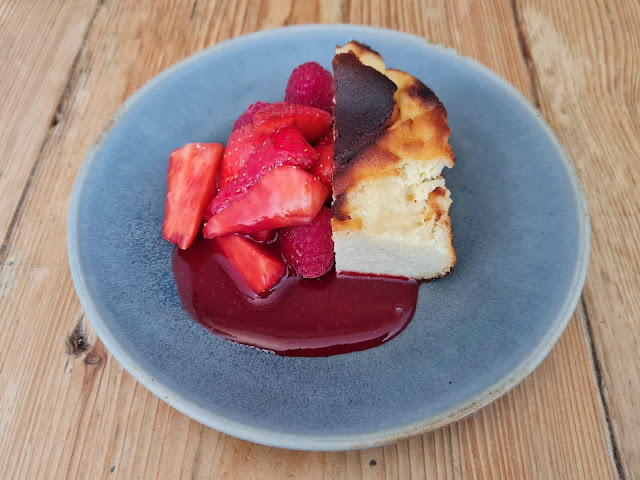 Finally, a piece of super creamy milk chocolate fudge with a crucial dusting of sea salt ensured we stayed full on our mammoth drive back to Cardiff. 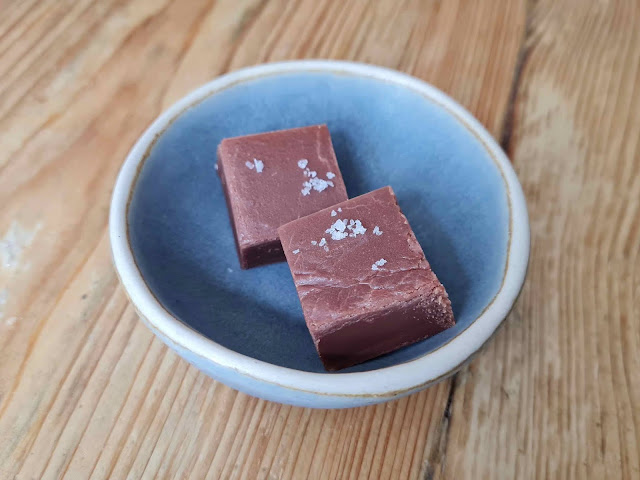