I’d rate my eating skills fairly highly. Put copious quantities of food in front of me and chances are I’ll demolish it in a Man v Food style manner and then ask what’s for pudding. However, as far cooking skills go, I’m mediocre at best. My repertoire of evening meals could probably be counted on two hands and for this I blame a lack of time spent in the kitchen.

Fortunately, with a change of career on the horizon, I’m hoping to have more time to work on my culinary skills. I’m particularly keen to learn how to bake. So, when I was invited to attend a bread baking course at the Angela Gray Cookery School, I was there faster than you can say pain de campagne. 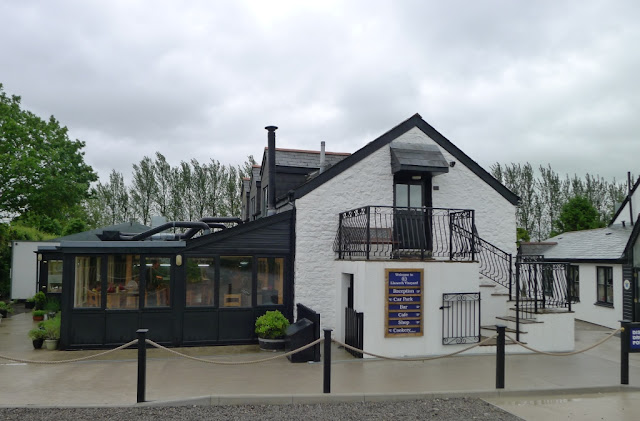 Llanerch vineyard, located a 20 minute drive from Cardiff in Hensol in the Vale of Glamorgan, is a haven of all things luxury. It comprises of a vineyard, boutique hotel, self-catering cottages, restaurant and the Angela Gray cookery school. For those of you unaccustomed to Angela Gray’s work, she has some pedigree in the food industry having presented numerous programmes for the BBC, written cookbooks and worked as a chef for the stars.

Courses at the school range from Saturday Kitchen demonstrations (£5) to 2.5 hour taster courses (£50) and 1 day courses (£150 approx) on topics as varied as French bistro, Asian salads, Lebanese food and Summer patisserie. Except for the Saturday kitchen, they’re not exactly cheap. However you are paying for a pretty high end experience; courses are run either by Angela or an external specialist, the cookery school kitchen is state of the art, class sizes are small (6 on my course) and there’s a workstation for each attendee ensuring an incredibly hands on experience. In the two and a half hour time slot we individually baked three recipes from scratch: white rolls, calzone and soda bread. 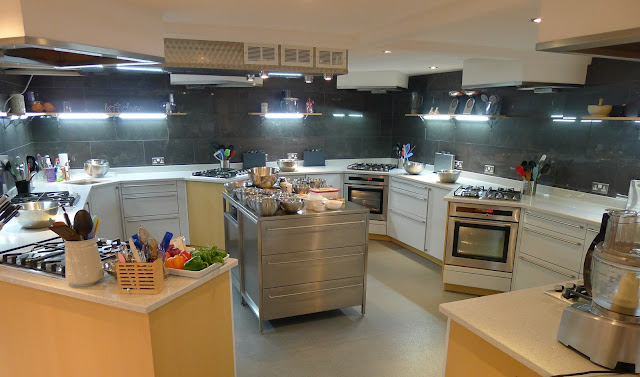 The evening taster course kicked off at 6:30pm, ideal for the post-work crowd. Armed with tins and tupperware I was ready to master bake. Angela provided clear instructions and a demonstration of each recipe as we went along. Then it was down to us to remember and carry out each step in a comedic Generation Game style manner (a print out of the recipe might have been helpful as an aide-memoire). My cack handed attempts at turning calzone dough with my knuckles and producing dough balls as smooth as a baby’s bottom were no match for the relative ease with which Angela performed these tasks.

First of all we made the dough for our white rolls which we knocked back on a couple of occasions throughout the evening and finally portioned and decorated with mixed seeds. 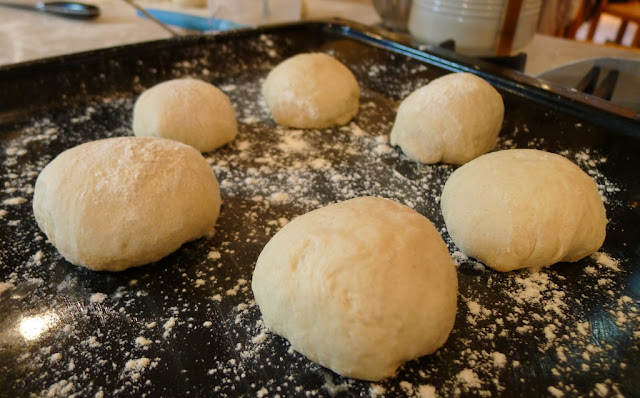 In between knocking back the dough for the white rolls we set to work on frying the onions and peppers for our calzone filling. After lightly frying, we added torn basil, parmesan, a sliced clove of garlic and half a mozzarella.

Next up was the soda bread. In my ignorance, I was unaware that baking soda rather than yeast is used as the raising agent for this loaf. It was remarkably simple to prepare. We chucked all the ingredients into a bowl, worked them together and then whacked it in the oven. 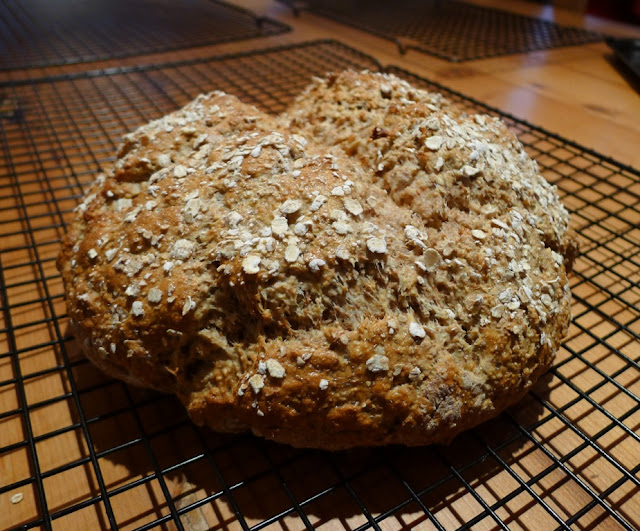 Finally we made the calzone/pizza dough, crammed the filling in and crimped the edges.

The results were all rather pleasing. By the time the course finished at 9pm I was ravenous. As I made the journey back to Cardiff, the scent of freshly baked bread filled the car. When I reached home I was ready to rip open the bread tins, stick my head in and eat from them like a pig in a trough. 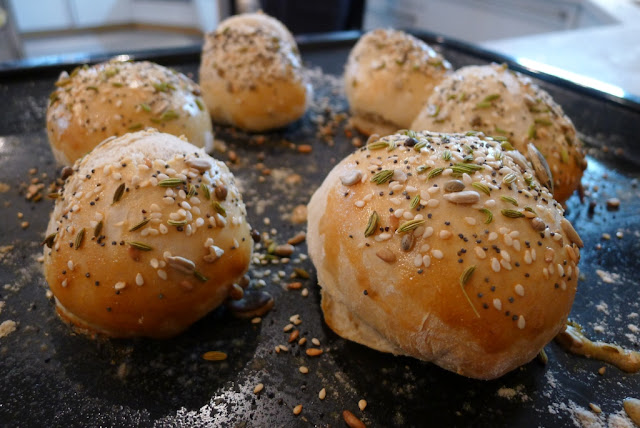 The calzone packed with Mediterranean flavours was far better than the mutated Cornish pasties I’ve eaten from identikit chains such as Zizzi. The white rolls, not the most pleasing to the eye due to my useless kneading skills, were soft with the scattering of Fennel seeds providing an extra dimension of taste. Finally the soda bread, my least favourite partially due to the fact it was a little underdone in the middle, was moist and creamy due to the whole tub of buttermilk which went into the mix. 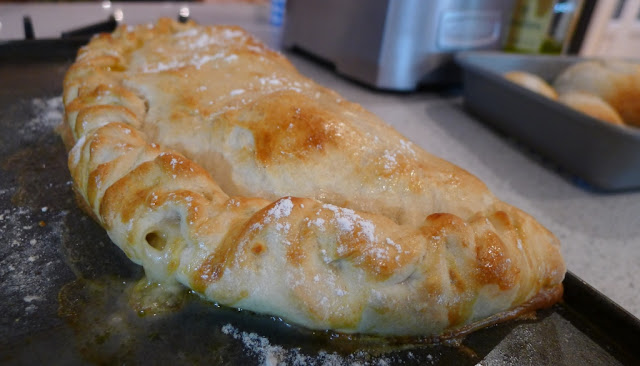 I’m sure by efforts wouldn’t trouble any of the finalists of the Great British Bake Off but I was proud of my achievements. It’s a sign of a good course that I feel inspired to get into the kitchen and do it again. So maybe next time I’m tempted to order a couple of Domino’s pizzas I’ll try and resist and make my own.