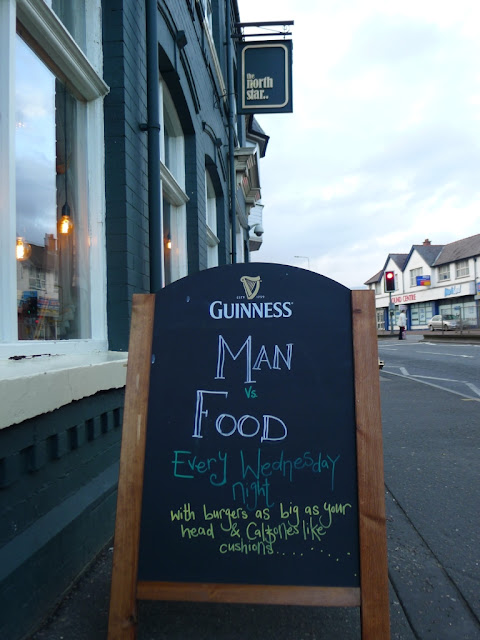 Even though it’s been over 12 hours since I defeated the 45oz burger at North Star’s Man v Food night, I still feel pretty rough. In fact, I feel just as full as I did last night.

I’d happily never look at another burger again. Well, at least for a few days........ 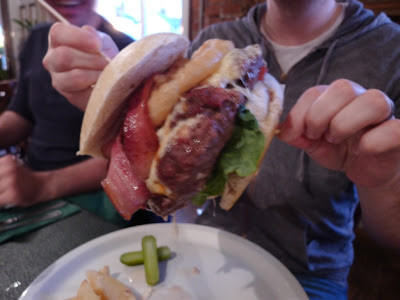 I arrived at the North Star around 7:30pm to see my fellow competitors drinking pints of lager. Fools. I ordered a glass of tap water. Had they not learnt anything from watching hours of Man v Food?

After a nervous wait, the food arrived. Looks were exchanged and we set to work. 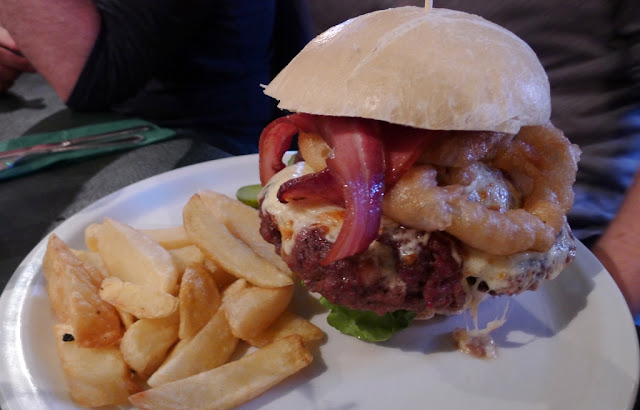 I was amazed by how tasty the giant burger was. Understandably, it was drier than its smaller equivalent, but it was well seasoned and the melted cheese, crispy smoked bacon and onion rings provided texture and taste contrast. I was feeling confident.

I cut the patty and the top of the bun in half to fashion a smaller burger, and set to work.

However, it soon became apparent the problem wasn’t going to be with finishing the patty. It was going to be finishing the bun. Whilst this home baked behemoth tasted decent, its texture wasn’t exactly light and fluffy. In fact, if you fed it to the ducks, they’d sink. 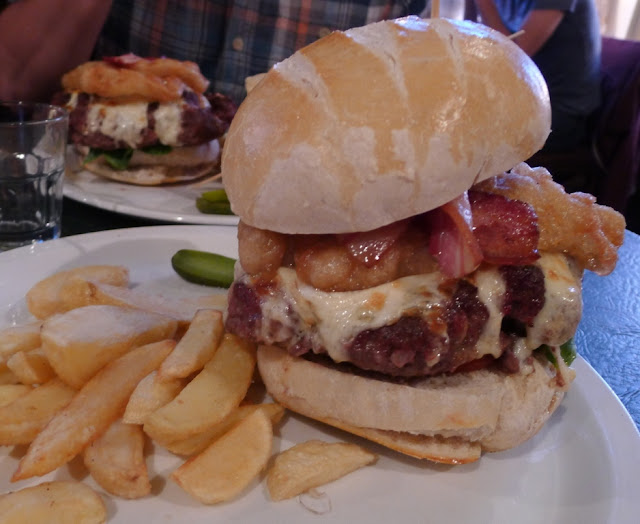 The Australian chipped away at his epic calzone. He didn’t say a word. He just ate and ate and ate. I guess he had something to prove after his country’s showing at the Olympics. 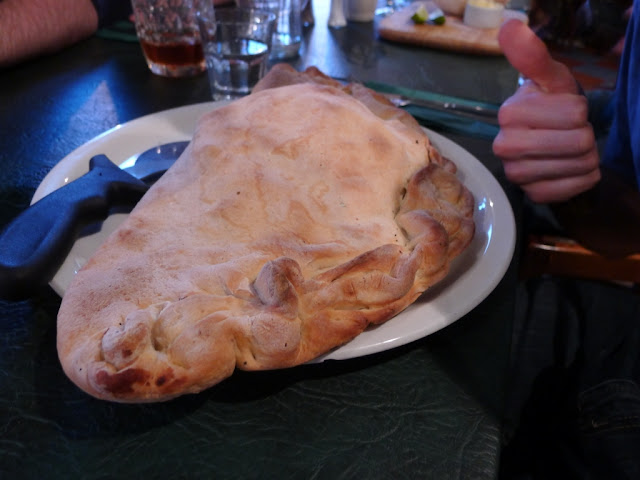 @Jimbothy was also making light work of his extreme meat chilli.  Despite the dish containing liberal amounts of Naga Bhut Jolokia (also known as the ghost pepper or the hottest chilli in the world) he kept a steady pace.  Perhaps it was his trusty sidekick, The White Russian, which helped. 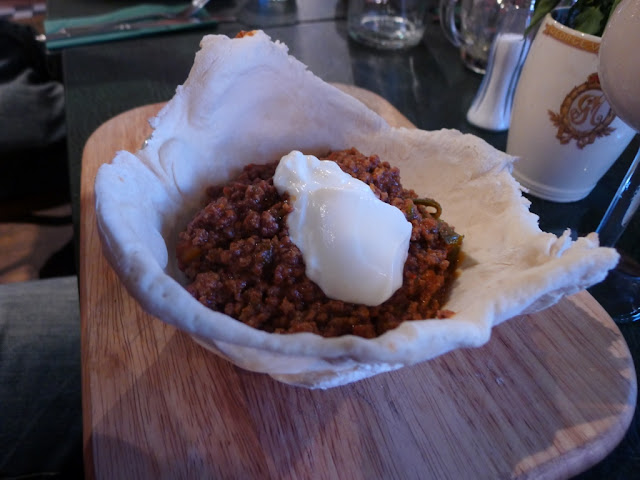 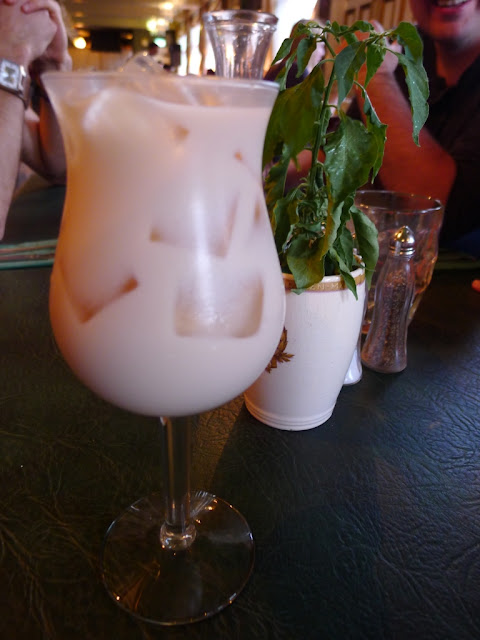 Around the halfway mark, I began to hit the wall. Soon after, @andrewgriff and @jezwilliamson tapped out. Remember guys, it's the taking part that counts. Of the 4 original burger challengers, only myself and @chrisrhysw remained. 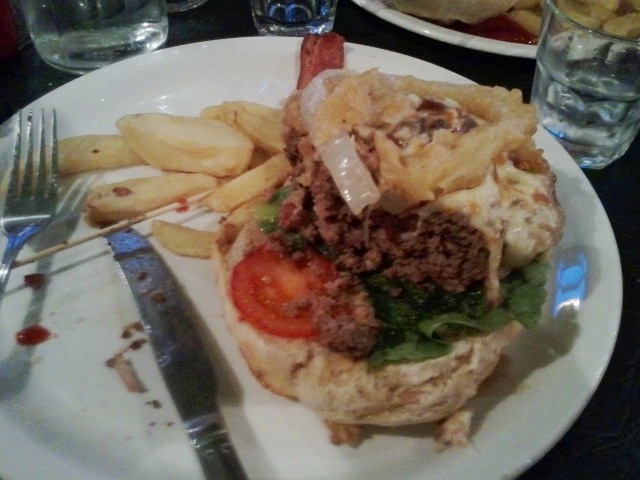 Conversation stopped. I could only think about the next mouthful. What had originally been a delicious burger was now my nemesis. I could barely look at it. Its smell and taste began to make me feel sick. The evolutionary instinct to be repulsed by dangerous foods was kicking in.

At this stage, Jim and The Australian finished their dishes.  Without any fanfare, they had beaten their food. Heroes. I however, was milking it for everything it was worth. 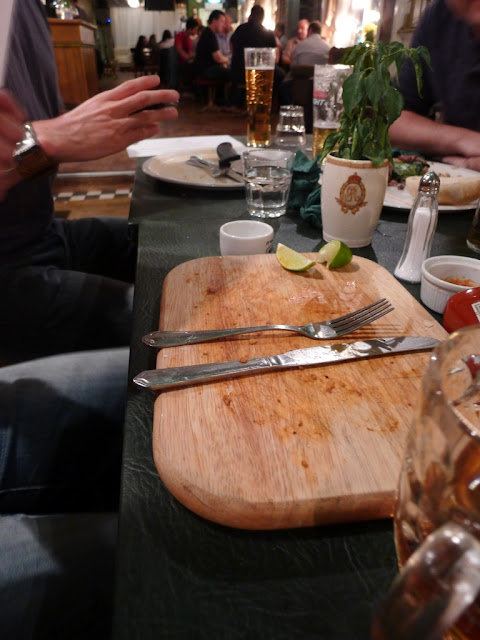 It wasn’t long before @chrisrhysw threw in the towel. He’d eaten ¾ of his burger and ½ of his bun. However, it was too much for him.

I was feeling really ill. I wanted to stop. But I couldn’t. Team GB wouldn’t let me. They’d inspired a generation. That generation was me.

I was no longer focusing on each mouthful. I was concentrating on each chew, each muscle contraction. I was getting there, I was trading blows with food punch for punch and I was winning. 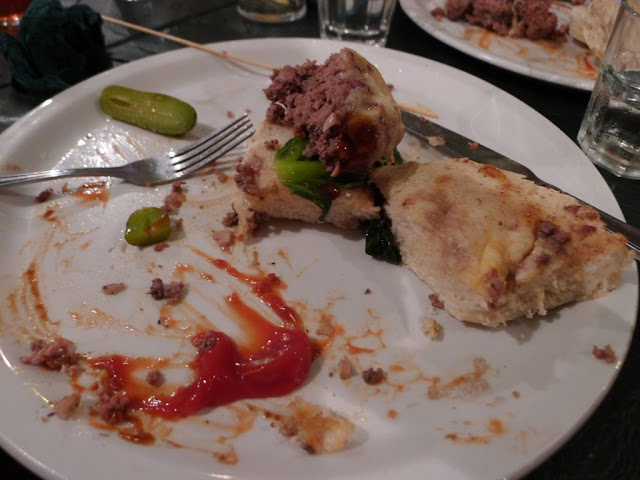 An hour after I’d begun, I was nearly down to my final few mouthfuls. 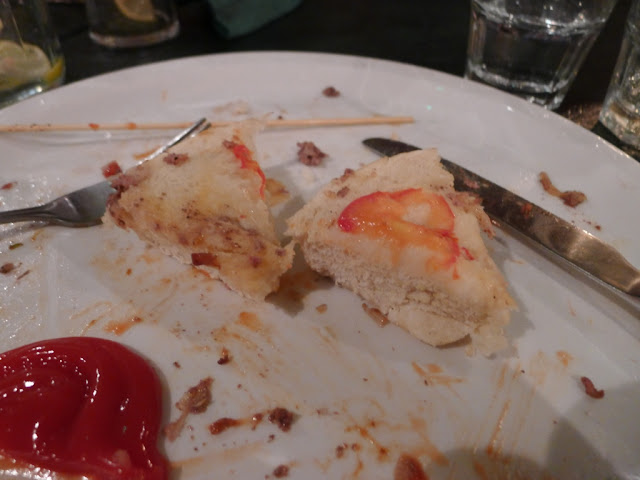 I was presented with my certificate and I received the adulation of my inner-self. 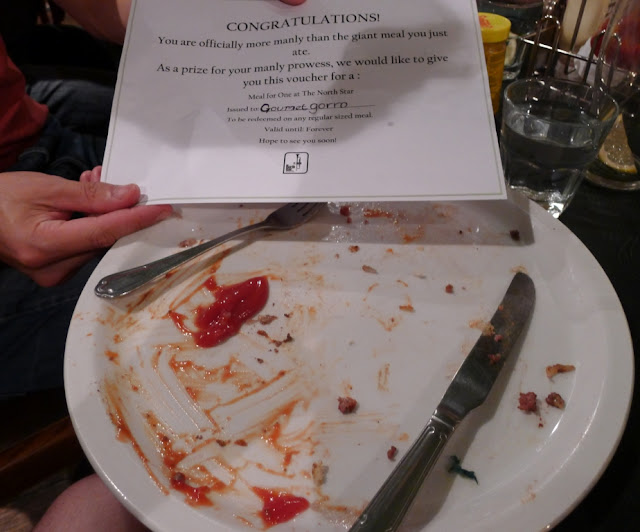 Would I recommend it? No

Did it do my body long term damage? Perhaps