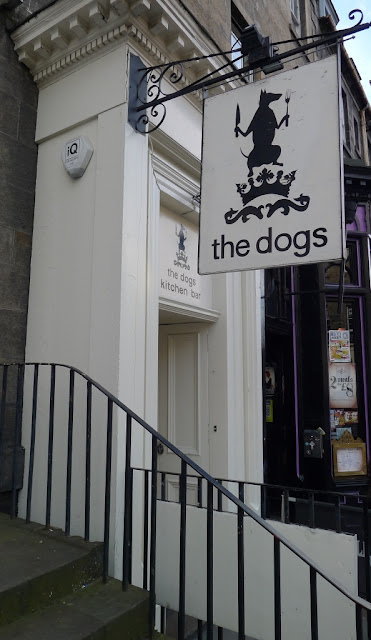 We’ve just got back from summer hols in Edinburgh. A busy few days were spent seeing concerts, eating, watching comedy, eating, checking out the pandas at the zoo, eating and celeb spotting. In the space of 5 days, I spotted more c’lebs than I have in the last 10 years. Sir Chris Hoy, Tom Kitchin, Konnie Huq, Sue Perkins andTed from Scrubs were all sighted doing various mundane activities. However, one spot ranks above all others – eating in the same restaurant as Jay Rayner.

On Sunday evening as we were paying our bill at The Dogs, in walked Jay Rayner.  I of course made no attempt to say hello to my food hero but instead clammed up, started sweating, made a quick exit and then tweeted him. That’s how I roll….

This sighting has a double layer of excitement. Will I be able to say that I was there when Jay Rayner reviewed a restaurant? If so, will he also think the honeycomb parfait was too light on flavour and sum up his meal by describing it as the dog’s proverbials?  I for one will be refreshing the Guardian website at midnight on Saturday to find out.

Just in case he does, here are my views to use a comparison. 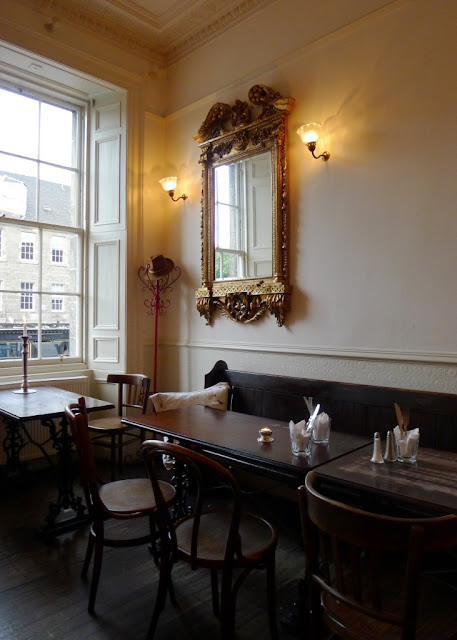 The Dogs looks familiar. The paper menus, simple sounding dishes utilising cheap cuts of meat, mismatched crockery and higgledy-piggledy furniture are all widely seen in gastro-pubs up and down the land. Except, it isn’t a pub, it’s a restaurant. So I guess that makes The Dogs a gastro-restaurant.

To start, I ordered the fried lamb breast (£4.95) – A crisp, moist, fatty piece of meat sat on top of a butternut squash puree infused with rosemary. The meat was concealed by a hillock of lightly dressed rocket scattered with almonds. Every flavour and texture complimented the next perfectly. 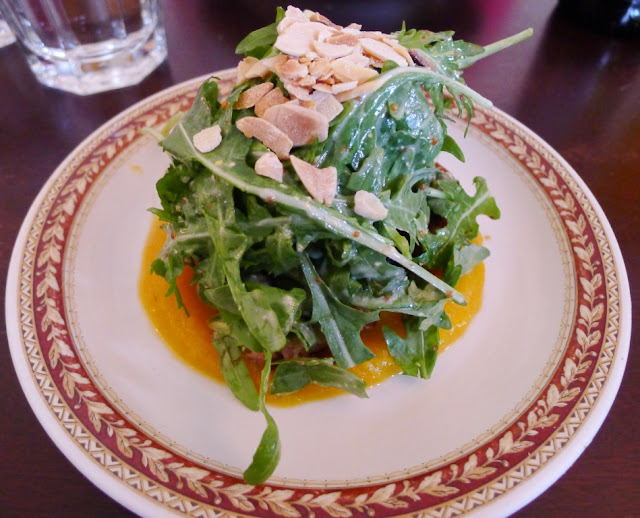 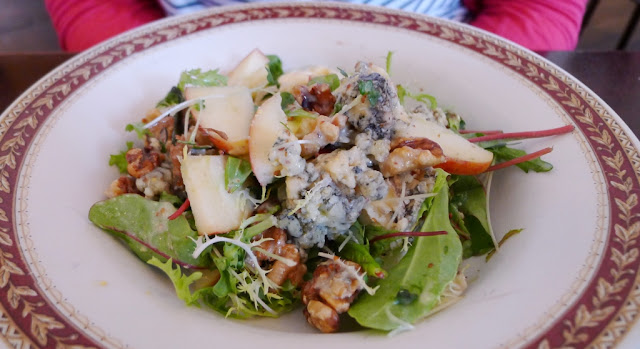 Somehow Mrs G persuaded me to not have the pork belly (£11.95) on the premise that I always order it and that it was her turn. Thankfully, I managed to eat half of hers due to the epic portion size. A hulking tranche of excellent meat was accompanied by roast vegetables and some  highly serviceable buttered new potatoes and mangetout. The advertised bacon and mushroom stuffing appeared absent but was compensated for by a thick meaty peppery sauce. 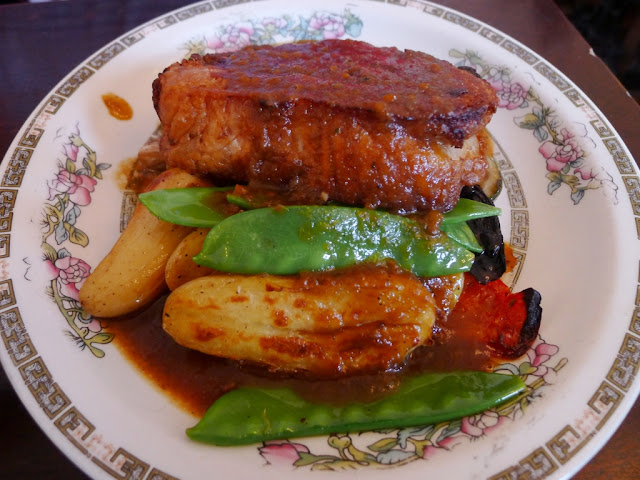 My fish stew (£11.50) was Mary Poppins’ handbag-esque in proportions. Spoonful after spoonful brought up tender squid, flakes of white fish, plump mussels and juicy prawns. The presence of a few vegetables and herbs, an accompanying baton of garlic fried bread and the lubrication of a creamy vegetable broth balanced the dish well. 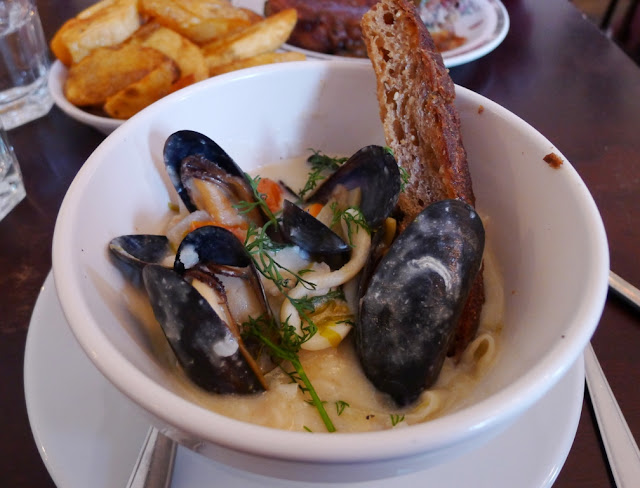 A side of dripping cooked chips (£2.95) were crisp, fluffy and meaty. Sadly, the presence of their skins made them closer to their poorer sibling, the wedge. 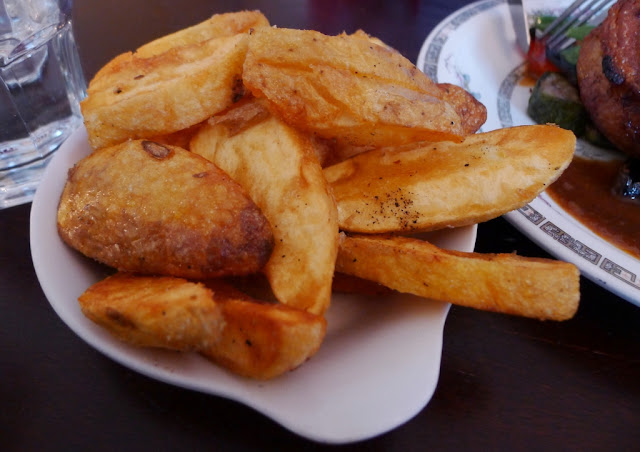 My dessert was the only real hiccup of the meal. A rather too subtle honeycomb parfait (£4.50), drenched in a generic tasting chocolate sauce was saved by the presence of some superb crisp treacly honeycomb. 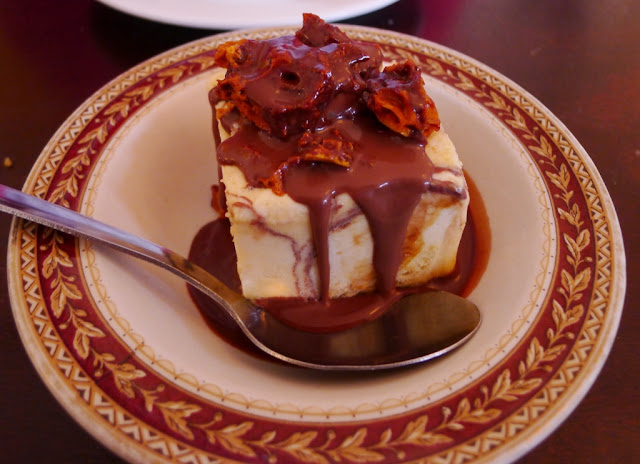 Mrs G’s lemon posset (£3.80) in contrast was as good as it gets. Light, sharp and creamy, it was elevated by the crispness of candied lemon peel and a stonking honey and oat biscuit. 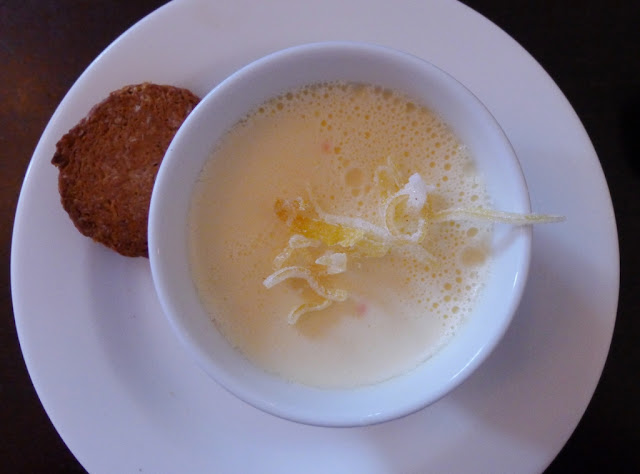 What else is there to say about The Dogs except that the service was rapid and friendly, and that it's really excellent value? Oh yeah, it goes without saying that our meal was the dog’s proverbials.

Update - Jay Rayner just dashed my hopes by informing me that he reviewed The Dogs back in 2008.Still, he did sort of mention the dog's proverbials which kind of makes up for it.