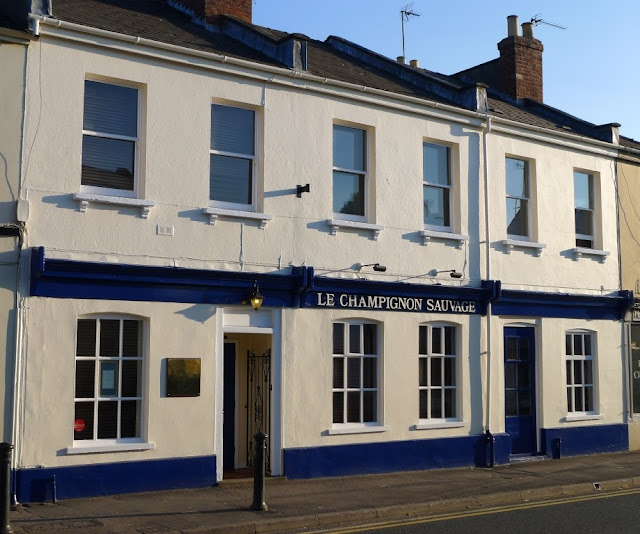 My life has always revolved around food.  However, during my formative years my tastes weren’t so lavish.

My earliest childhood memory is growing cress in primary school. Of course, we then used it make egg sandwiches.

As a brattish 10 year old my mum often placated my tantrums with the promise of a Wimpy Bender-in-a-Bun.

And, as a naive 18 year old, a lads’ holiday to Faliraki was spent making excuses to leave the night club early so I could visit the kebab shop.

However, it was only after meeting friends at university who hailed from London that I realised there was a universe beyond Gregg’s cheese savoury stotties.

A trip to Le Champignon Sauvage with these same friends nearly 10 years ago gave me one of my first experiences of the cooking techniques, flavour combinations and *extra* courses served at some of the country’s swankiest restaurants. Why had I only ever experienced starter, main course and dessert? Why had no one ever told me about canapés, amuse bouches, pre-starters, pre-desserts and petit-fours? 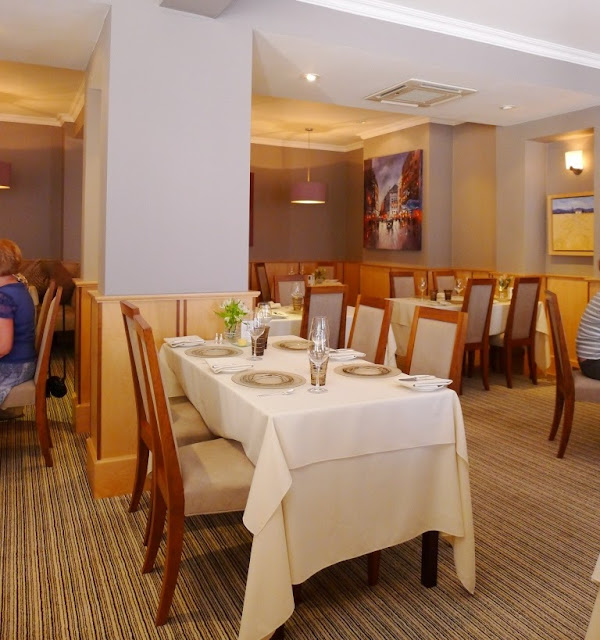 David Everitt-Matthias, chef-patron of Le Chamignon Sauvage, is a breath of fresh air in the age of the celebrity-chef. Having never missed a service in over 25 years, he’s amassed a collection of accolades including 2 Michelin stars and a Good Food Guide score of 8/10.

And, with his wife Helen Everitt-Matthias, overseeing front of house with an air of warmth, humour and passion, Le Champignon Sauvage is a place of pilgrimage for many foodies in the UK.

As is par for the course, Mrs G and I ordered the tasting menu, the Menu Gourmand, at £85 for 9 courses.

We also picked an unremarkable bottle of house Viognier (£27), lacking the expected floral notes, from the extensive and well priced wine list.

A trio of canapés would have impressed individually but as a trio they knocked the ball out of the park – a cube of parmesan mousse coated in a smokey chorizo powder, a warm sweetcorn & bacon muffin and crackers served with a basil & goats cheese mousse were all faultless. 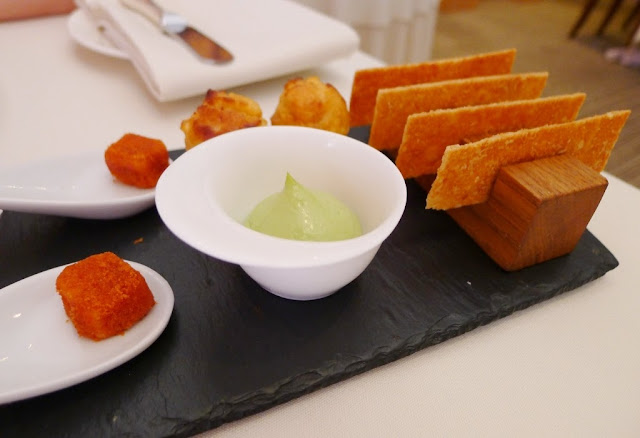 An amuse bouche of a light salt cod mousse hidden beneath a layer of epically fresh gazpacho was the perfect opener to this summer eve's blowout. 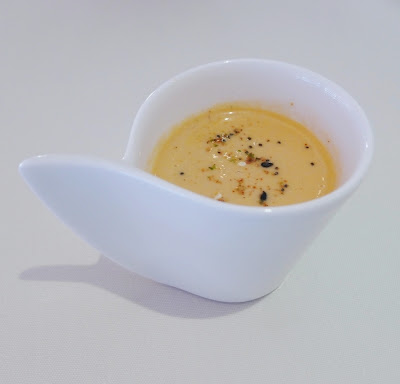 Le Champignon Sauvage’s famous bacon brioche was just as memorable as the last time I visited. 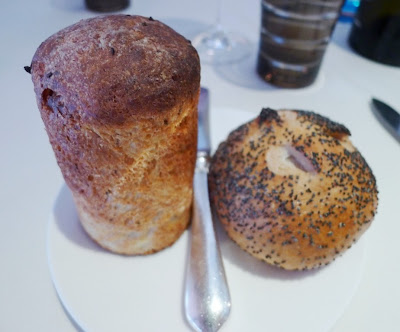 Dexter beef tartare and an unctuous tranche of corned beef were accompanied by texture balancing croutons and richness moderating wasabi cream, pickled shimeji mushrooms and onions. The only criticism - the dexter beef used in the tartare was a little lacking in flavour. 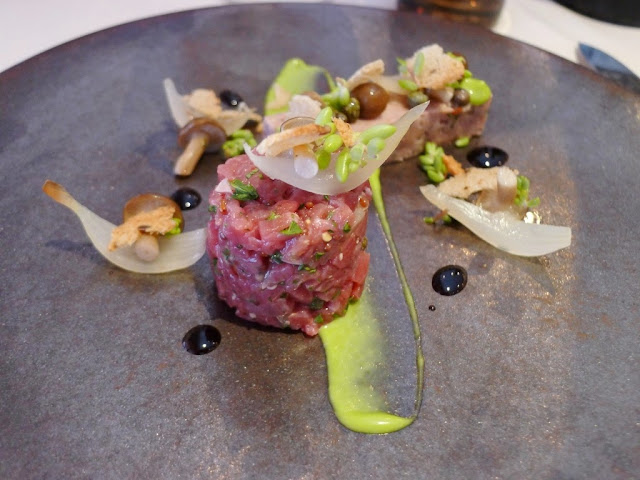 Perfectly caramelised hand dived scallops were accompanied by blobs of mizo glaze, sesame puree and the ultimate sesame snap. This was a triumph of oriental flavour combinations. 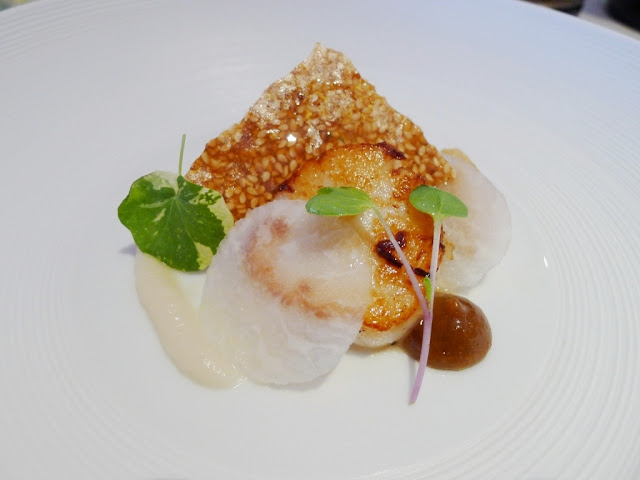 Like our recent trip to The Square, the best dish of the meal was the oft-underrated mackerel. Meaty fish fillets were accompanied by a gayette (mini burger) of pig’s trotter and whelks, crunchy seeds, ribbons of cleansing pickled mooli and cardamom infused yoghurt. 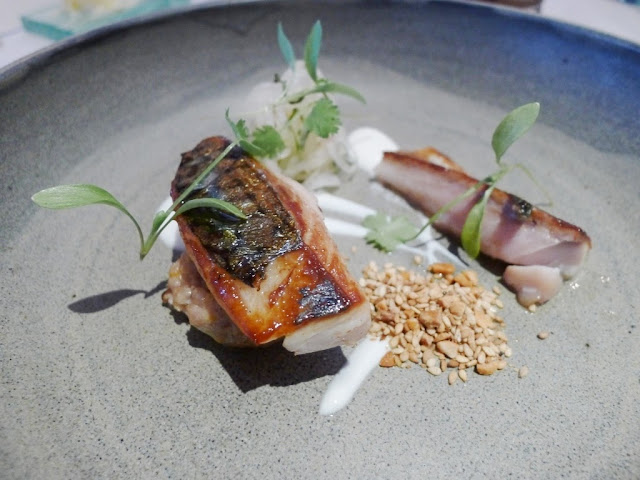 Perhaps the richest dish of the evening was surprisingly almost entirely vegetarian – tender, earthy heritage potatoes were combined with delicate buffalo milk curd, sweet caramelised onion puree and a couple of slices of turkey prosciutto. This was another sublime dish. 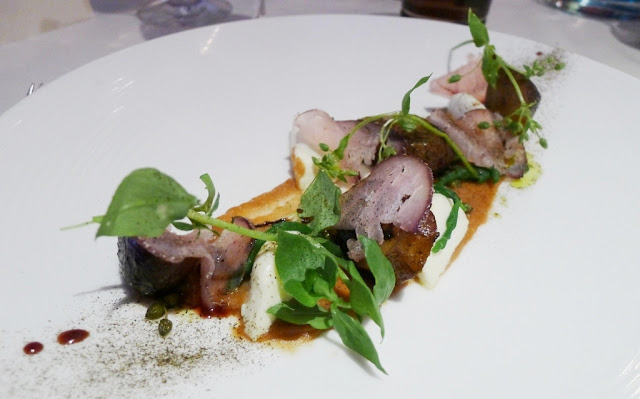 In contrast the meat course, a dish of roasted wood pigeon, felt at odds with the season. In spite of this, it was still completely frigging lush. Blushing pink pigeon, roasted and pureed parsnips, a burly black pudding puree, meaty jus, caramelised fig and crisp mixed seeds were all faultless. 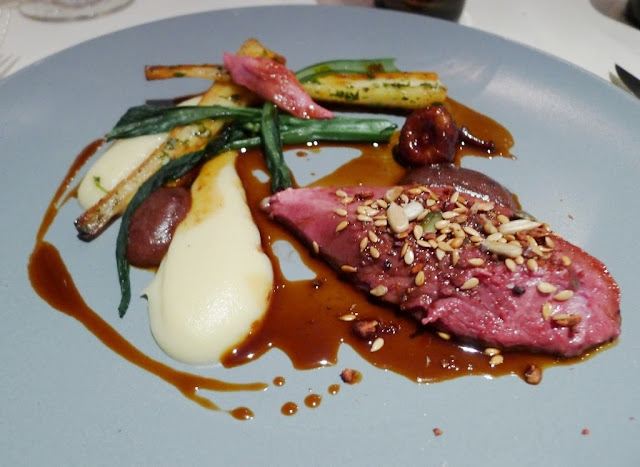 Pre-dessert was a light & creamy gooseberry fool sprinkled with a spiced biscuit crumb. 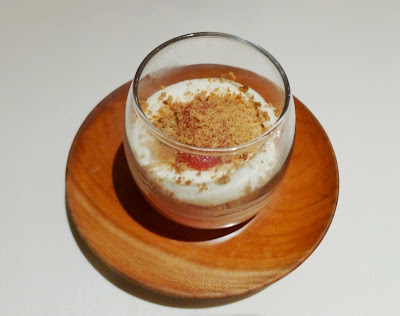 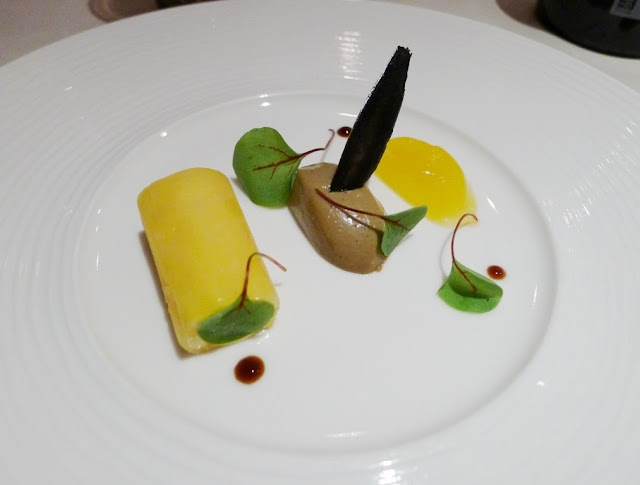 The final dessert was another standout in the evening’s stellar line-up.  Salty chicory mousse, reminiscent of the Camp coffee I used to drink at my grandparent’s in my early childhood, sat atop a layer of vanilla cream cheese and a soft biscuit base. It was paired with a refreshing yet rich in equal measure bitter chocolate sorbet. 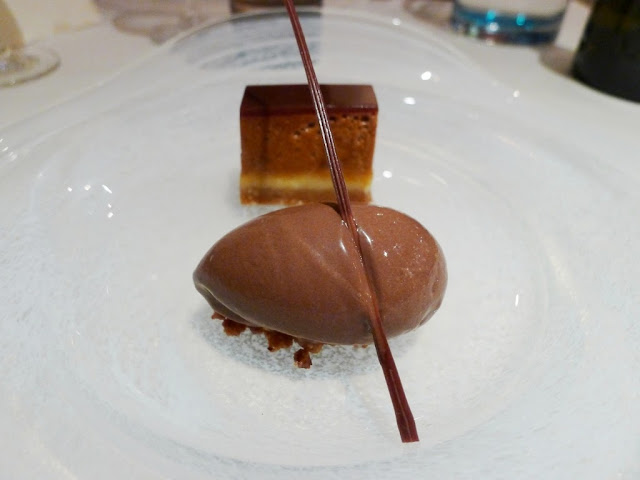 One of the lasting memories of my previous visit to the Champion Sausage was receiving the wisdom that ordering tea or coffee in a Michelin starred restaurant is essential.

And so, a plate of petit fours was brought forth...

Ethereally light syrup sponge, a mini battenburg, coconut and almond macaroons, chocolate toffee and the ultimate chocolate brownie were some of the picks – I really could go on.

Our meal at Le Champignon Sauvage was gobsmackingly brilliant and its status as one of the focal points of UK gastronomy is without doubt justified. In fact, it’s a bloody delight to know there’s somewhere this fantastic an hour and a half’s drive from Cardiff.