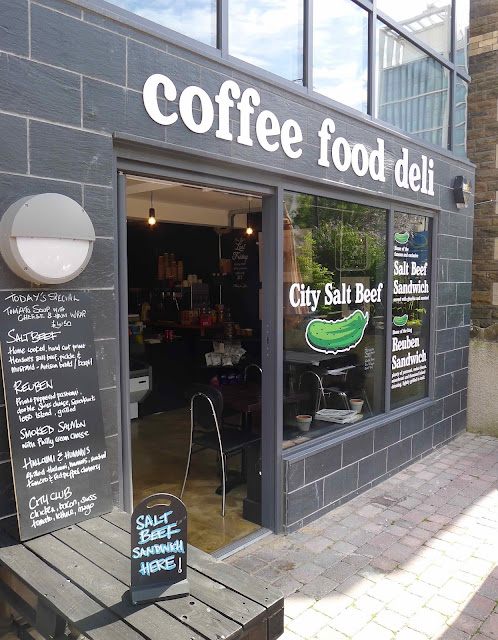 Noshing on salt beef is one of my favourite things to do in life.

In fact, during my 32 years, many of my most vivid memories originate from inhaling a tower of juicy meat slapped between two slices of bread.

These include the drunken 2am salt beef bagel from Brick Lane’s Beigel Bake during the days when I used to go out past 10pm; the time my friend nearly choked to death on a lump of beef at Selfridge’s Brass Rail when she literally bit off more than she could chew; and visualising that When Harry Met Sally moment whilst eating one of Katz’s Deli's vertiginous sandwiches in New York. 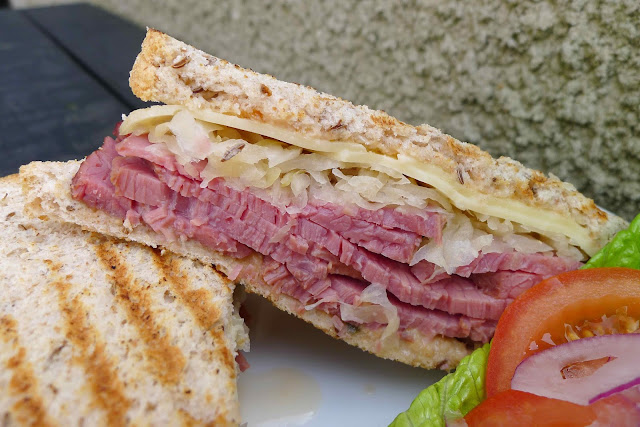 I ordered a reuben on caraway and rye bread (£7) substituting the pastrami on the menu for salt beef. Whilst both meats are sourced from the highly regarded Henson’s in London, it's only the salt beef which is cooked on the premises. 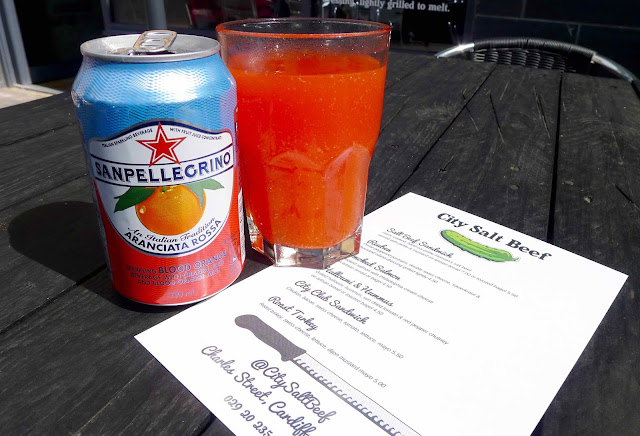 Everything about this sandwich was top notch.

The toasted caraway and rye bread from the ace Allen’s Bakery had just the right twang of anise; the mountain of meat was impeccably salty, juicy and tender; a heap of sauerkraut tempered the richness; a slather of Thousand Island sauce dialled the richness back up again; and a couple of slices of Swiss cheese were thrown in for good measure. 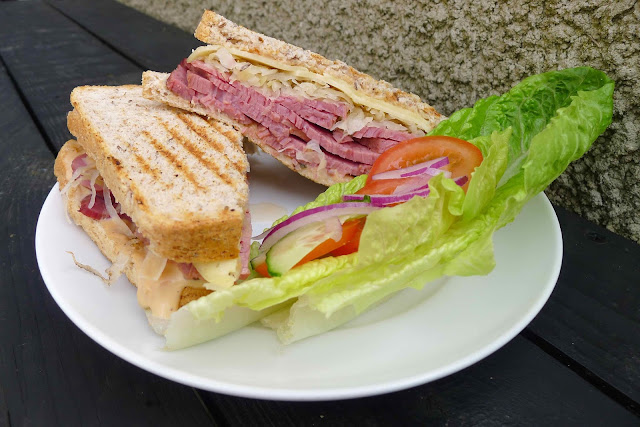 City Salt Beef’s reuben is a stonking addition to Cardiff's sandwich line-up. And unlike some of Cardiff’s other best sandwich gaffs, they’re thankfully open on Saturdays when I can make it into town.

Disclosure - I was invited to City Salt Beef, all food and drink was complimentary.