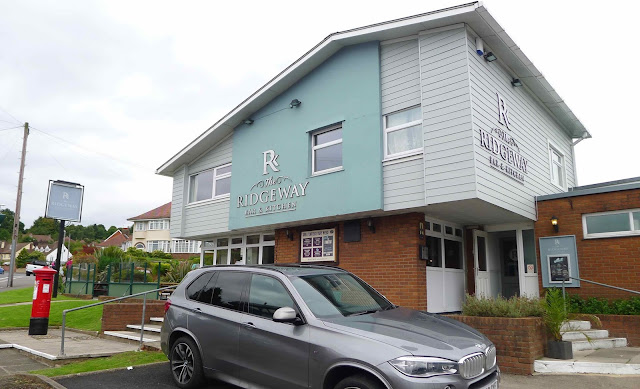 As far as Newport celebrity endorsements go, they don’t get much bigger than Goldie Lookin Chain.

So, it was somewhat reassuring to see Rhys, Eggsy and miscellaneous members of GLC drinking in the beer garden of the Ridgeway Bar & Kitchen, located in a picturesque suburb of Newport. 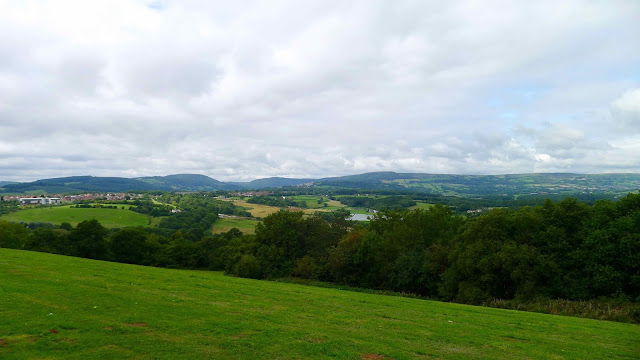 Whilst the pub’s 1960’s exterior is a little uninspiring, they’ve done a cracking job on the inside; the white painted wood, pendant lighting and eclectic furnishings give an almost Scandinavian feel. The menu is packed full of interest too - hot cider infused black pudding scotch egg and smoked salmon beignets with pickled cucumber are just a couple of the dishes which caught the eye. 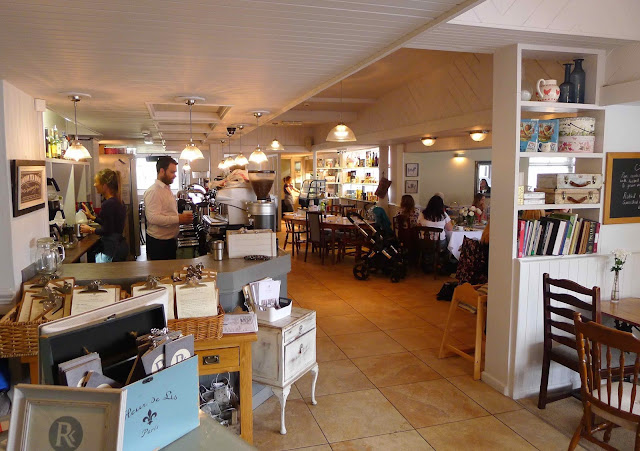 We ordered from the very well priced lunch menu which offers 2 courses for £10.95. 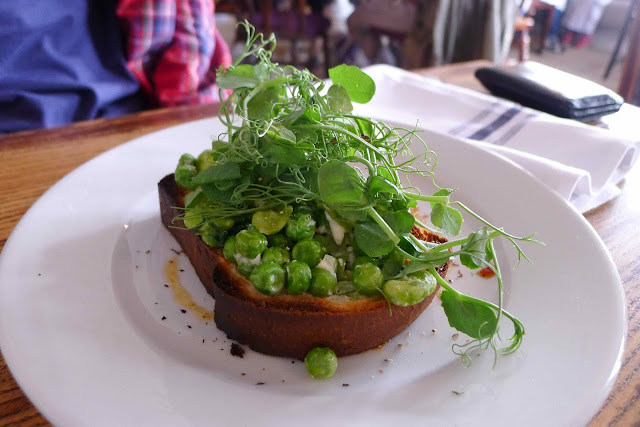 Ridgeway Fried Chicken (RFC) was more run of the mill. A couple of goujons of crunchy southern fried chicken breast were joined by creamy slaw. 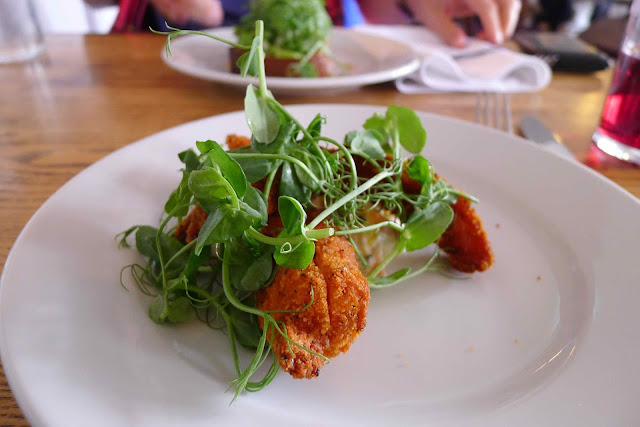 Onto mains, and a generous portion of perfectly flaky cod fillets were coated in crisp yet slightly thick batter. Chunky chips and tartare sauce completed the dish. 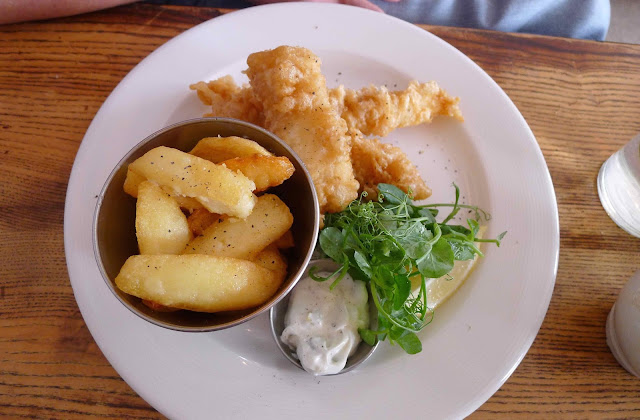 The other main had all the ingredients to make an excellent plate - an earthy slab of black pudding and sweet potato terrine, buttered baby spinach, a glossy red wine sauce, crisp bacon rashers, and golden onion rings were all fabulous. However, it was let down by the main ingredient, a couple of pieces of chargrilled calves liver which had a very peculiar mousse-like interior. Having checked with the kitchen, I was reassured this was a particularly soft batch of liver and that it was quite normal... 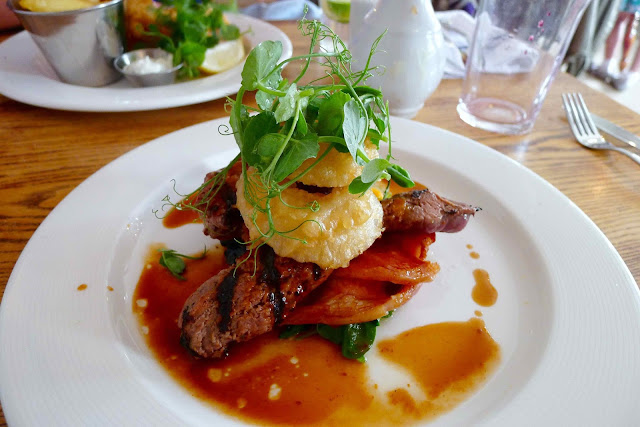 The dessert menu read like a who’s who of my favourite puds - warm blackberry doughnut with custard, tarte au citron, and croissant bread and butter pudding all put in an appearance.

I ordered the rhubarb trifle (£5) - whipped cream, smooth custard, and chunky rhubarb pieces were all good. However, the vanilla infused sponge was thin on the ground and the trifle was crying out for a bit more sugar - I’m sure some jelly would have helped. A scoop of raspberry ripple ice cream was superb. 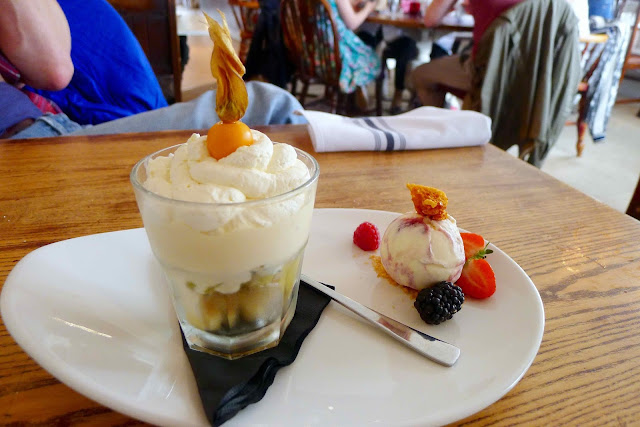 We had a good meal at The Ridgeway and I’d definitely go back if I’m in the area. Just a few tweaks and it would have been excellent.