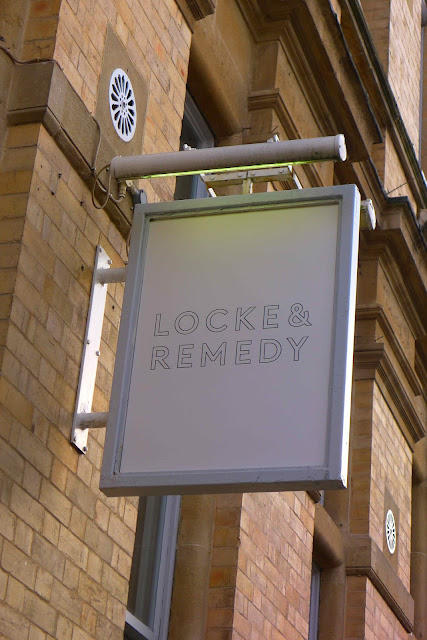 Marston’s Brewery, the owners of Locke & Remedy on the Hayes, have done a spiffing job with the refurbishment of the place.

The former site of a string of disappointments which includes The Old Library, Que Pasa, The Toad, Bar 1876 & Big Blue Sports Bar has been transformed by Farrow & Ball shades, eclectic furniture, exposed metal beams, filament bulbs and an imposing pizza oven which stands guard over the entrance. 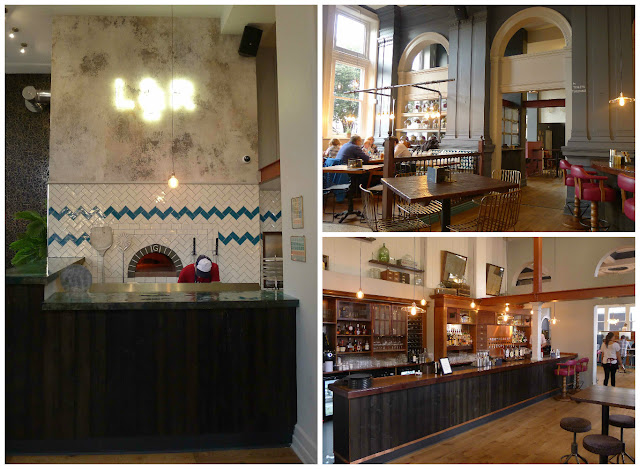 In keeping with the classy interior is a swish menu of craft beers, inventive cocktails, gourmet burgers and wood fired pizzas.

We kicked off with a pair of cocktails - a highly neckable yet slightly non-descript Roots & Rhizome (£7.95) made from vodka, sloe gin, rhubarb liqueur and grapefruit juice. More refined in appearance and flavour was an Elixir of Life (£7.95) - a deceptively easy drinking combination of gin & cherry Heering liqueur. 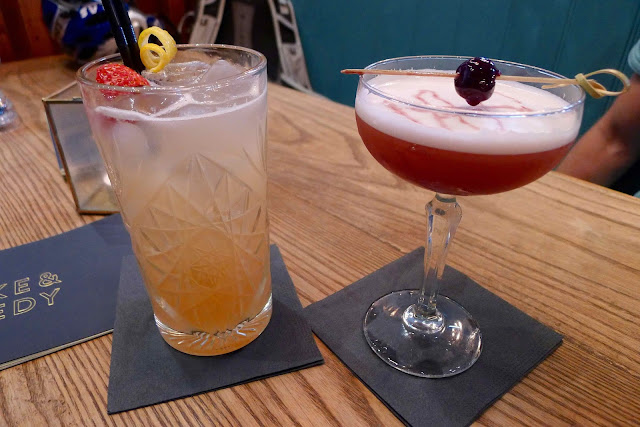 We then worked our way through a selection of top drawer yet pricey craft beers which included Flying Dog Easy IPA (£4.85), Anchor California lager (£4.85) & Founders All Day IPA (£4.50). 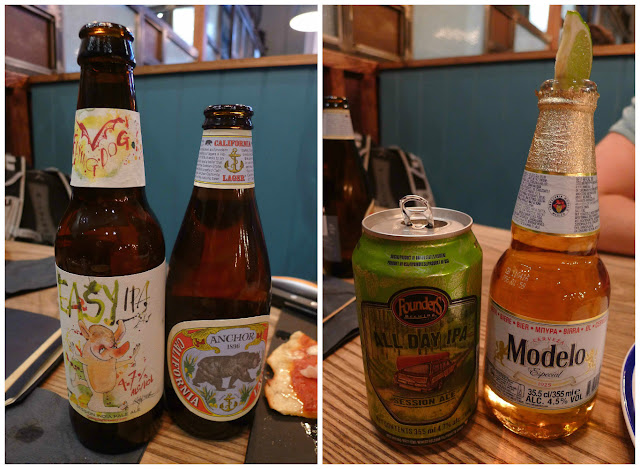 A pair of burgers were the standouts of the evening, a squishy seeded bun being a winning element in both. 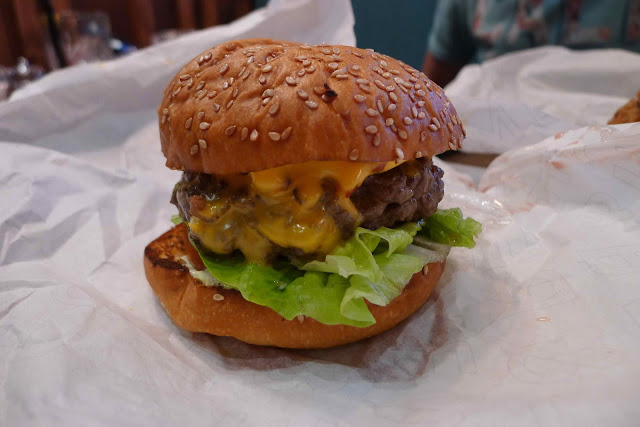 Disappointingly, the burger was ordered medium-rare yet served medium-well. 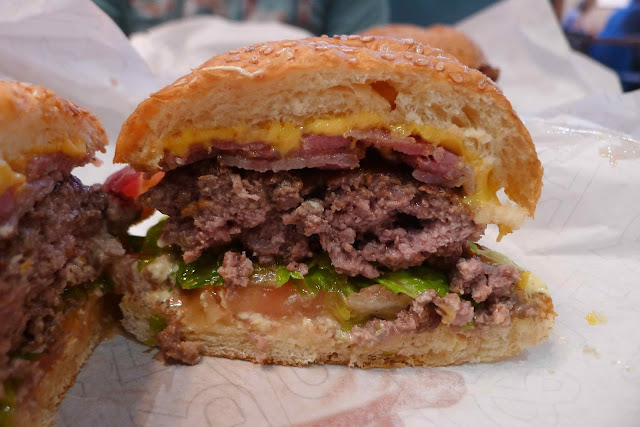 A gargantuan buttermilk chicken burger (£8.50) was crisp of crumb and juicy of flesh and paired nicely with warming spicy coleslaw and little gem. 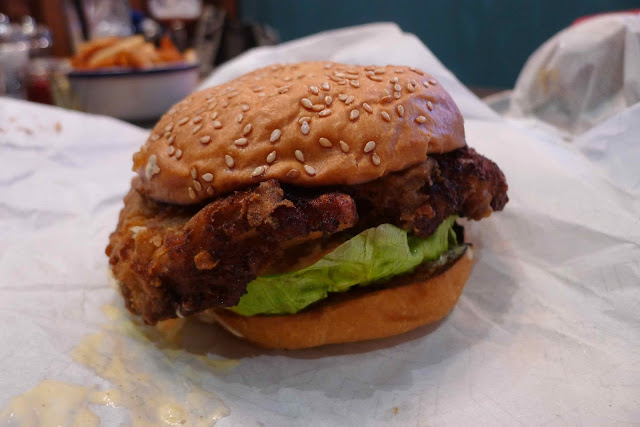 The burgers were joined by a mix of superb sweet potato fries and run of the mill regular fries (£3.50). 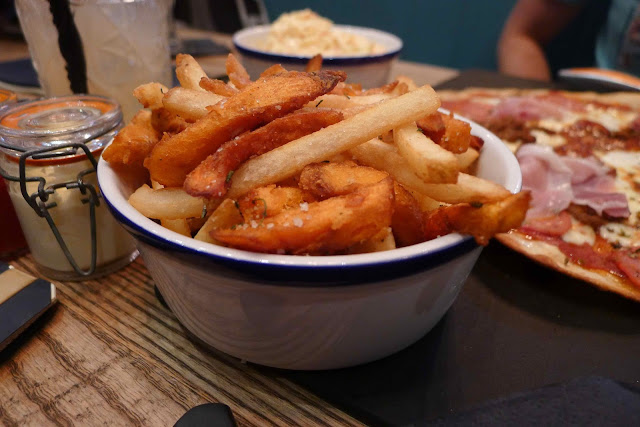 A vat of spicy coleslaw (£2) disappointed on its own - a fairly generic slaw was flecked with a few bits of chilli. 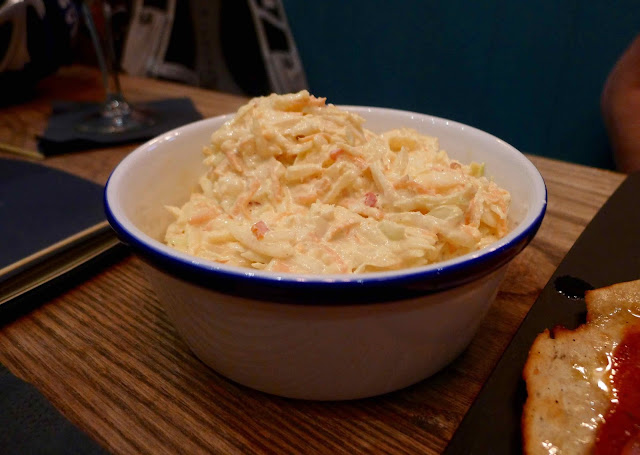 A good thin and crispy pizza (£9.95) was topped with a mega meaty combination of parma ham, chorizo, beef ragu and pepperoni. However, with such an impressive oven, the pizza's lack of a raised cornicione (rim) seems like a missed opportunity. 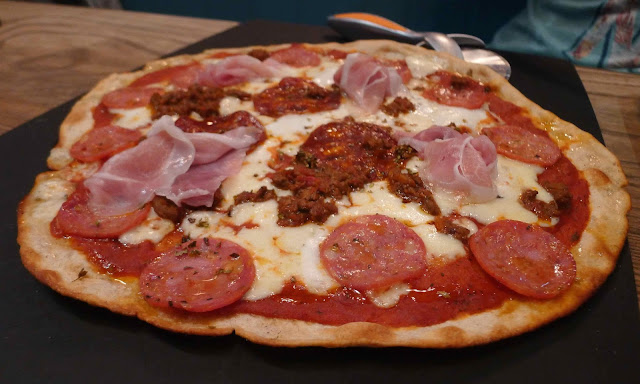 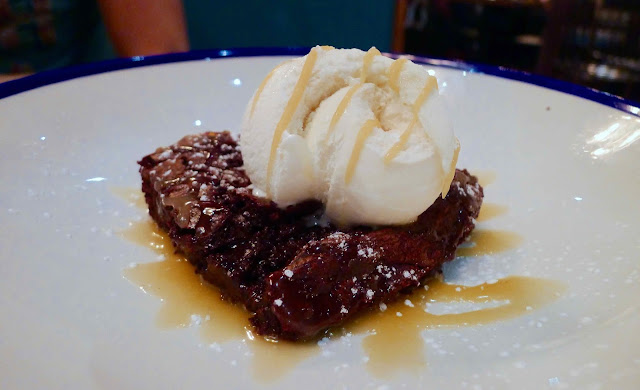 A lemon tart (£5) disappointed as much as the brownie impressed. Pallid, limp pastry contained an under-flavoured lemon filling. A dollop of clotted cream was the most enjoyable thing on the plate. 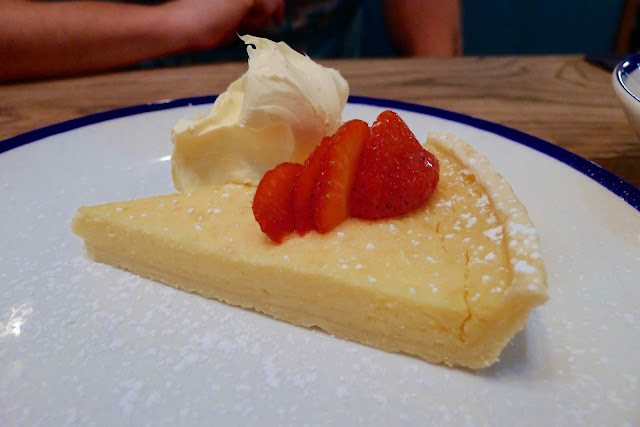 Locke & Remedy is a classy addition to Cardiff city centre and I’d recommend a visit for a burger & brownie.

Disclosure - I was invited to Locke & Remedy, all food and drink was complimentary.