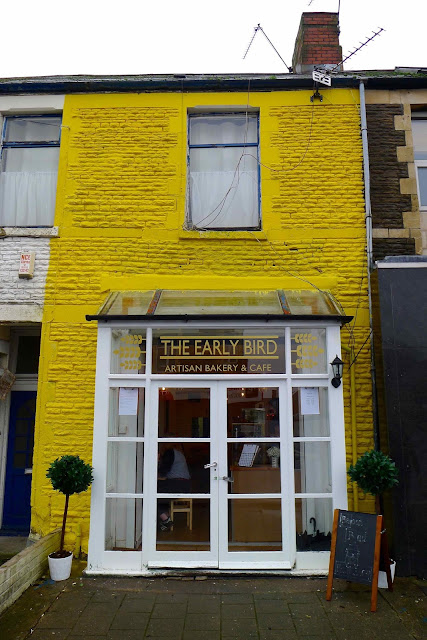 Located in Cathays on the former site of the Paleo Chef and Falafel Cafe, the Early Bird bakery has been open for business since last November.

Backed with the help of a Kickstarter campaign, owner and baker Ceri Johnston has done a cracking job of transforming the place. It’s eclectic and modern with a slightly DIY feel - fundamentally though it feels authentic with no interior designer brought in to contrive a “look” for the place. 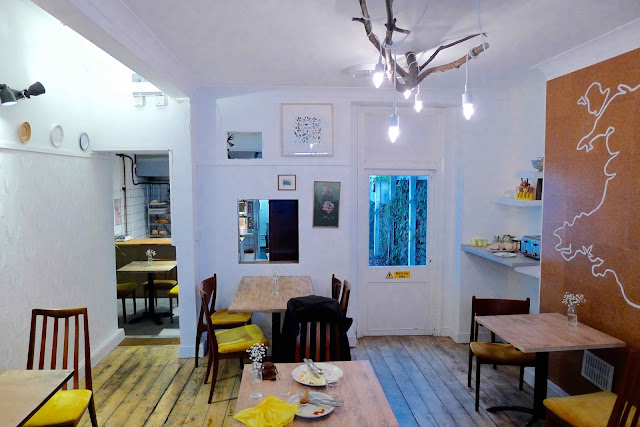 From the first cup of coffee you can tell there’s a lot of passion that goes into everything that’s served. Coffee beans are roasted in the bread oven - the barista James (and brother in law of the owner) has been experimenting with different roasts.

Flat whites were exemplary. Just look at that latte art. 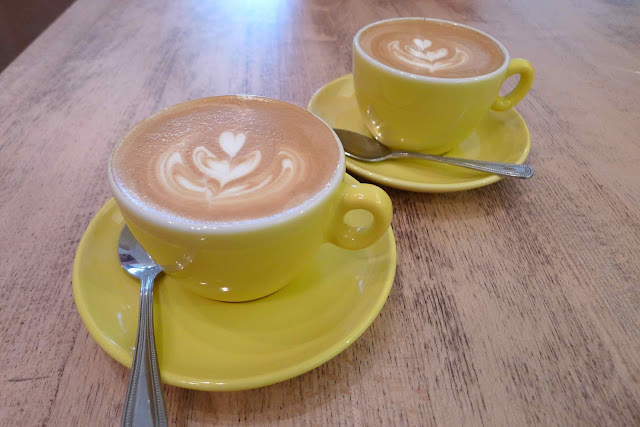 Early Bird bake all their own bread and cakes.

Organic sourdough is made with flour from Talgarth Mill located at the foot of the Black Mountains in the Brecon Beacons. It’s tasty stuff - full of complexity, crust and chew. 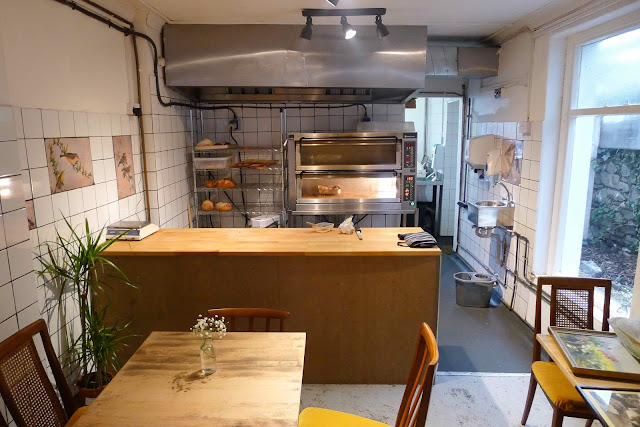 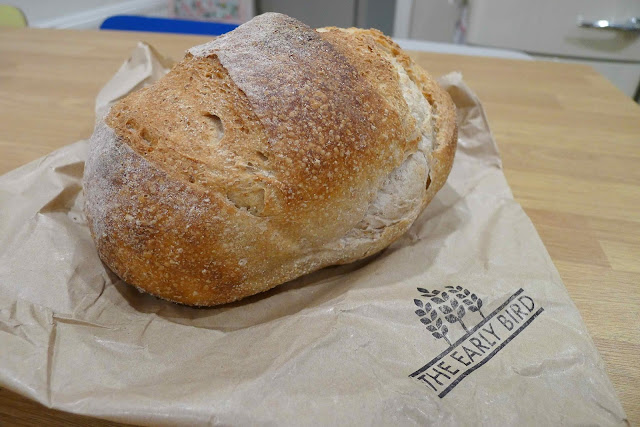 The bread is used in most of the dishes on their reassuringly streamlined food menu which includes 9 brunch options and 3 sandwiches.

All you can eat toast (£3) and all you can drink filter coffee (£2) would certainly be a dangerous prospect.

Mrs G ordered the Hulk Smash (£6). A couple of slices of toasted sourdough were topped with a generous mound of velvety avocado, a delightfully runny egg and a garnish of radish. Seasoning came in the form of a drizzle of smokey and fiery chipotle sauce - Mrs G ordered hers on the side in case she wussed out with the chilli. 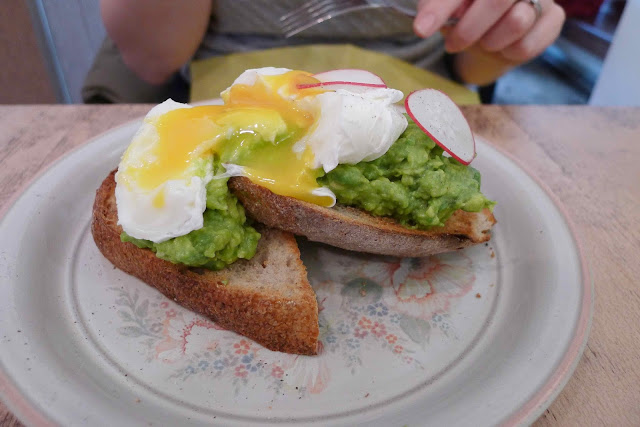 I put the Baker’s Breakfast (£6.50) to the test. A mildly seasoned sausage, golden mushrooms, runny poached egg and a couple of slices of buttered toast were all on the nail. Homemade baked beans were particularly noteworthy (tender and not too sweet with just the right intensity of tomato) but a thick-cut rasher of bacon was slightly overdone. This was a lovely fry-up. 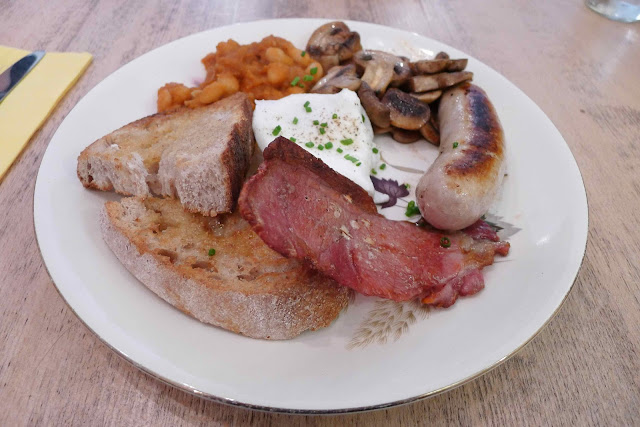 We followed up the savouries with a couple of cakes - we passed up on the black cherry bakewell tart, rye brownies and chocolate brioche twists. Next time.

A cinnamon swirl (£2.50) was everything it should be - light crusted and squidgy with the warmth of cinnamon and indulgence of sticky and sweet frosting. 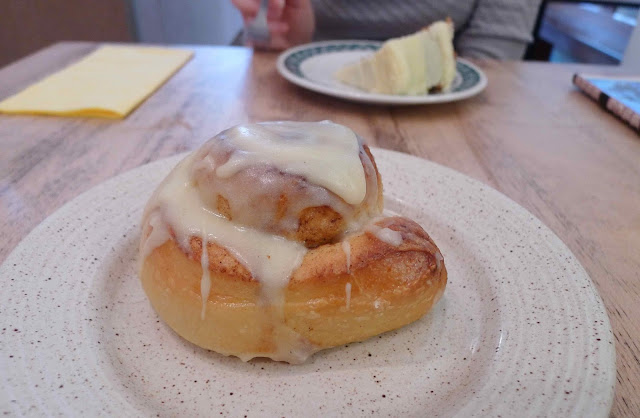 Sweet potato cake (£2.50) was a new one on me. Reminiscent of a carrot cake, the root vegetable brought moisture and a gentle sweetness to the sponge. Cream cheese icing was the perfect accompaniment. 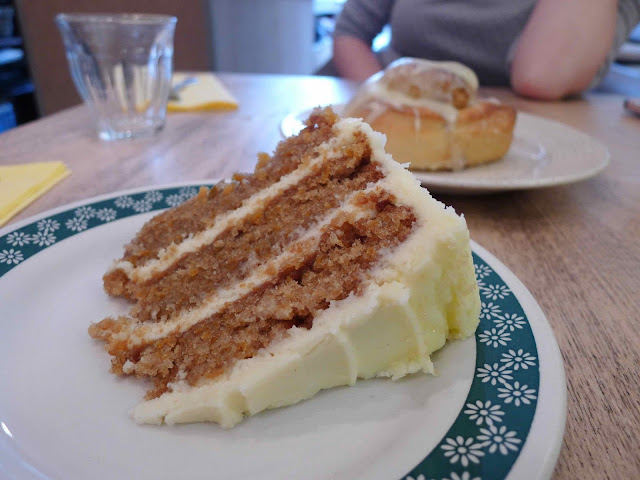 There's so much to love about the Early Bird and I can see it becoming a regular haunt. I’ll certainly be back to work my way through the rest of those cakes.

The Early Bird serve the best doughnuts in the 'Diff. Their malted chocolate brioche doughnut is a thing of beauty - the lightest and squidgiest of dough is filled with uber-smooth malt-twanged chocolate custard. Oofh. 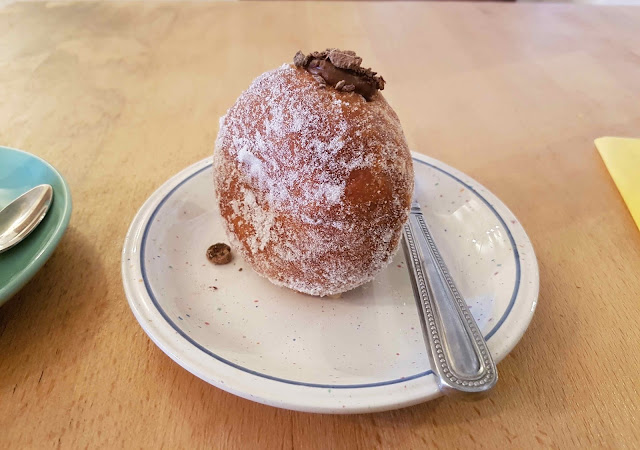 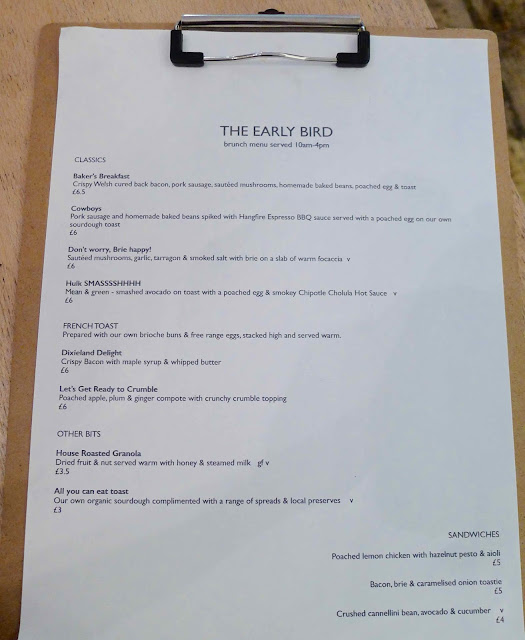