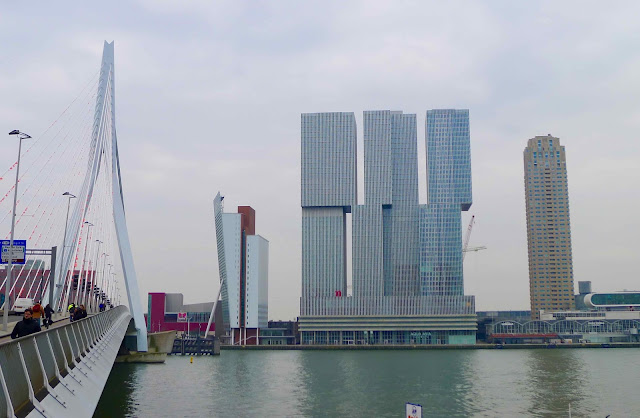 After 2 days in Rotterdam I feel like I’ve barely scratched the surface of the cultural and gastronomic delights of this Dutch metropolis. 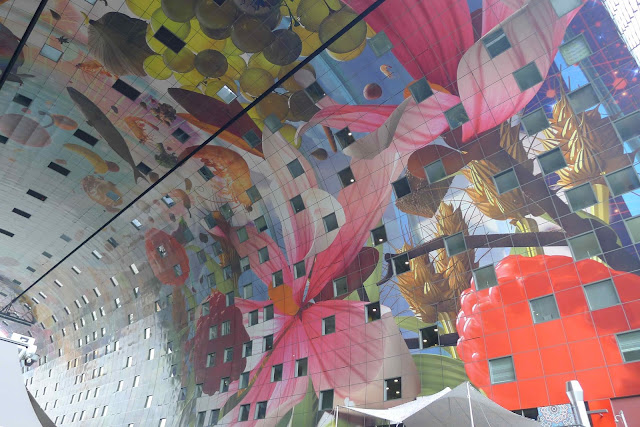 Located just a 25 minute train ride from Schiphol airport, it’s definitely a viable option for a weekend break. We stayed at the ultra-hip Citizen M Hotel where an ipad in the room controlled everything from mood-lighting in the toilet to the vast selection of free movies. Room size meanwhile was swapped in favour of spacious communal areas. 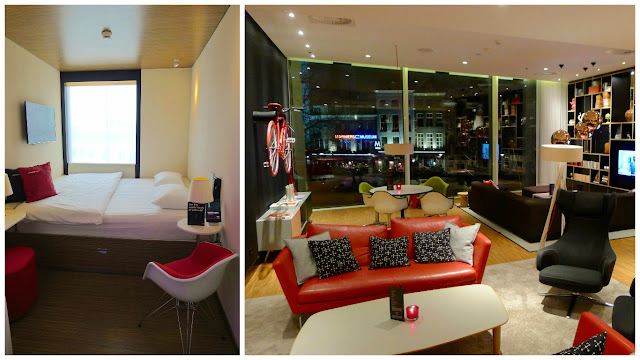 Over the two days we trekked around the city on foot, taking in the iconic Erasmusbrug bridge and skyscrapers of the Kop van Zuid district, the hipster streets of Katendrecht, and the Museumpark where we wandered around the preserved 1930s Sonneveld House and temporary fashion museum at Het Nieuwe Instituut. 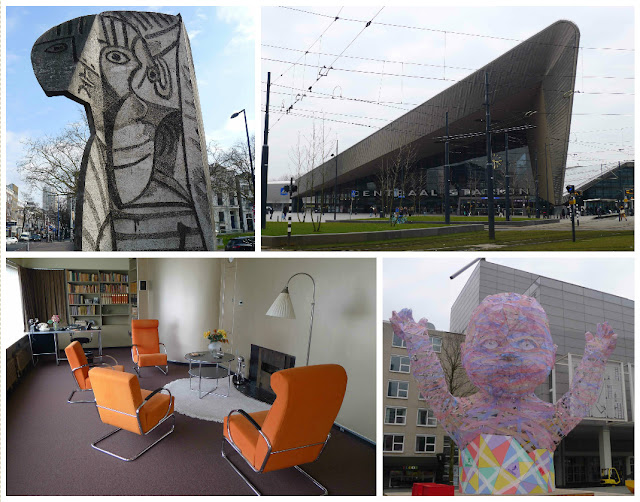 But, most importantly, we stumbled from one meal and beer to the next.

The Market Hall was the epicentre of our scoffing. This stupendously cool arch-shaped block of flats contains an indoor food market where you can spend time grazing whilst gazing at the food mural which adorns the ceiling.

The Surinamese food from De Palmboom was a highlight - a crisp and light bara was stuffed with a well spiced chicken curry and lightly pickled cucumber. 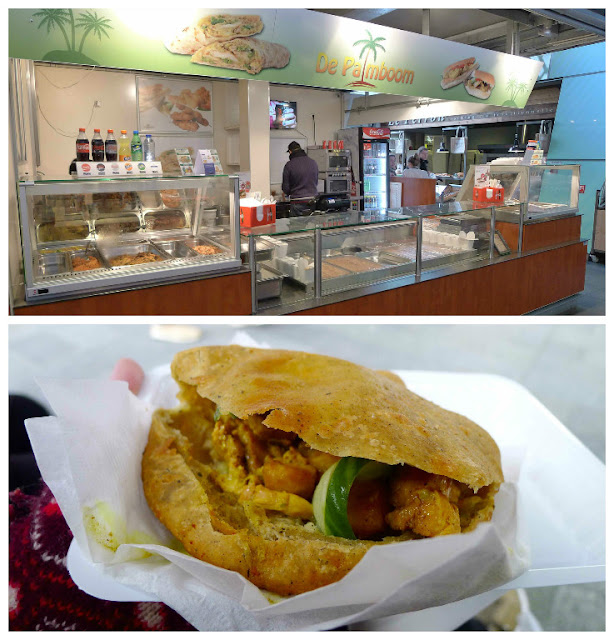 War fries, topped with a beguiling combination of satay sauce, mayonnaise and chopped onion, from Bram Ladage were on point. Someone really needs to bring these to Chippy Alley in Cardiff. 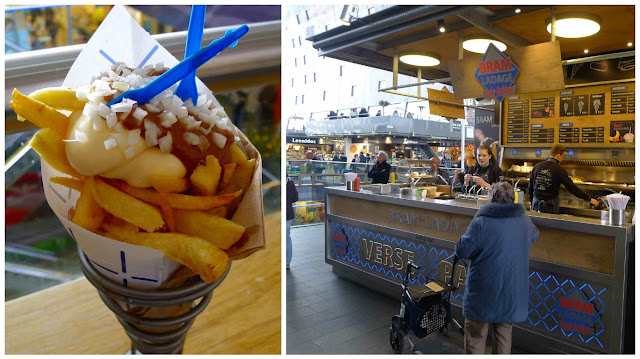 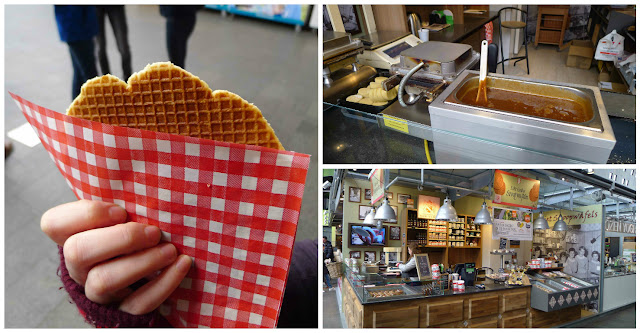 Finally, the golden crisp and chewy white chocolate filled coconut macaroons of Madame Cocos and the groaning doner buns from Esmekci are worth a mention too. 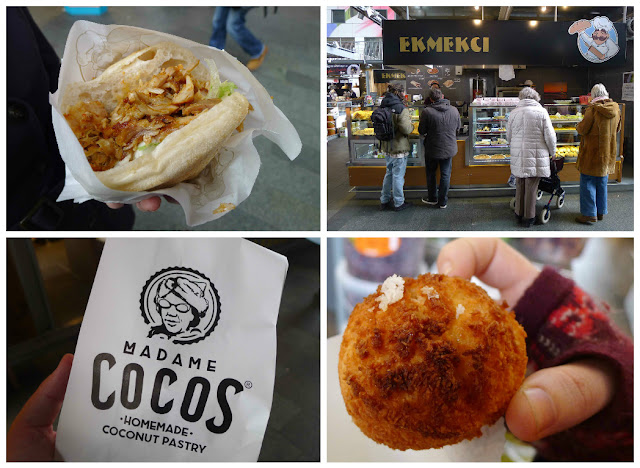 Cafe Dudok on Meent is a grand space with vast concrete columns and legendary apple pie. Served warm with a cinnamon crumble topping and cinnamon ice cream, the pasty is crisp and fruit filling has a perfect amount of bite. 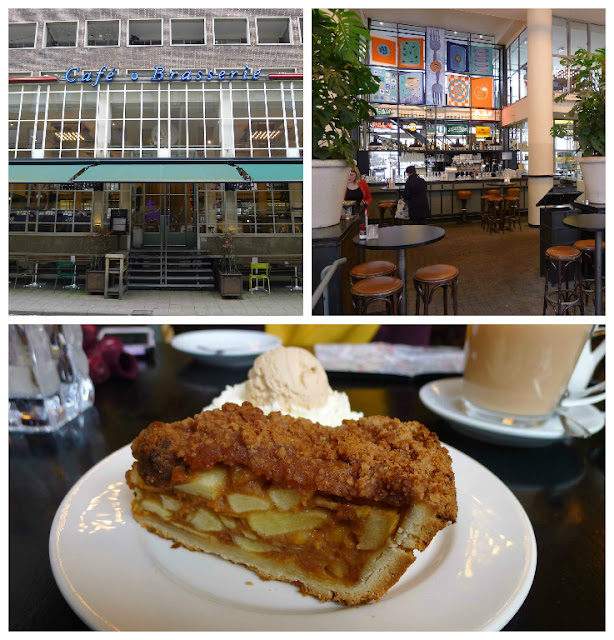 On one evening we hung out on the hip Witte De Withstraat with its cool bars and globally-influenced restaurants. 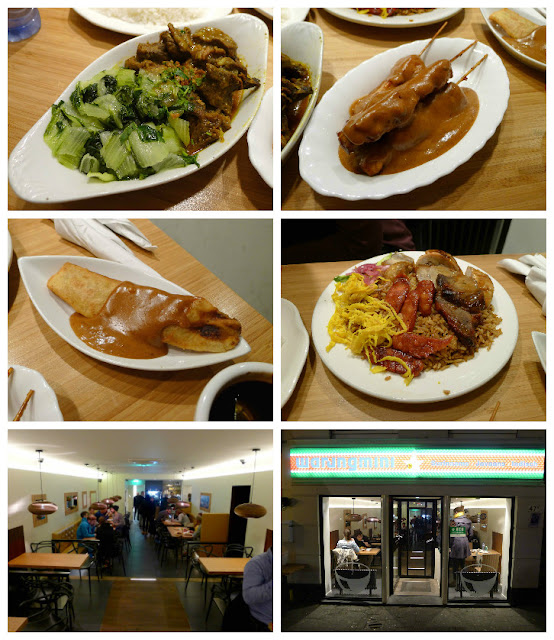 For dessert we visited the starkly minimalist De Ijssalon ice cream parlour which stays open until 10pm daily and 11pm on weekends. Pistachio and coconut flavours were on the nail. 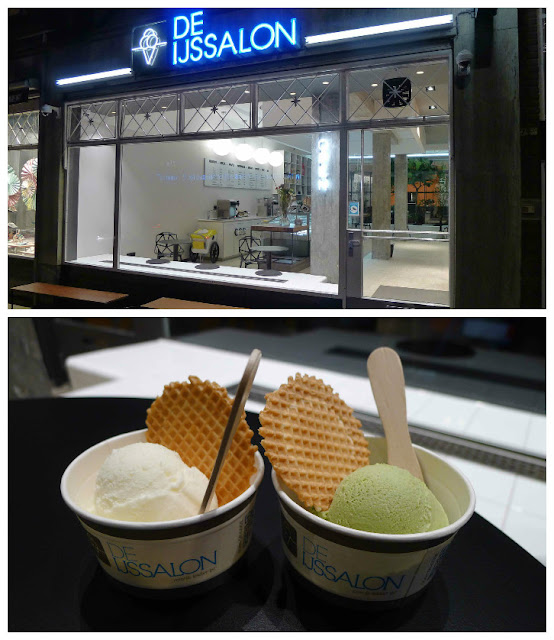 On a couple of occasions we made a pitstop at the iconic Hotel New York on the Kop Van Zuid, located in the former head office of the Holland America cruise line. We washed down plates of kibbeling (battered fish pieces) and bitterballen (beefy croquetas) with goblets of amber De Koninck beer. 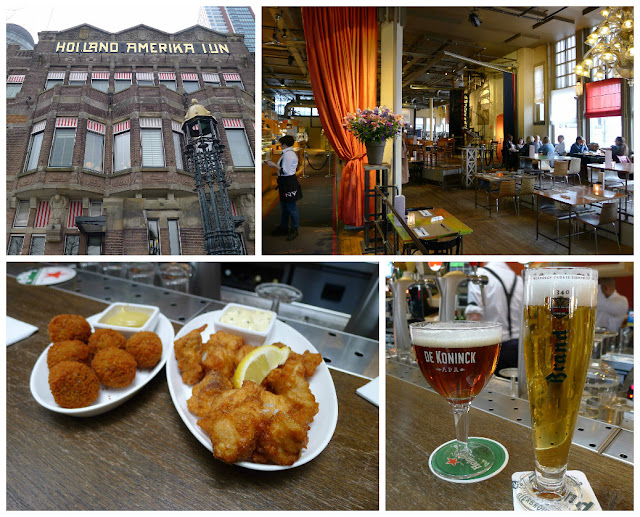 We also enjoyed a cooked breakfast and first rate coffee at the chilled out Picnick on Pannekoekstraat. This street is also home to a couple of Vietnamese Cafes including Pho Hanoi where we had decent barbecue pork banh mi. 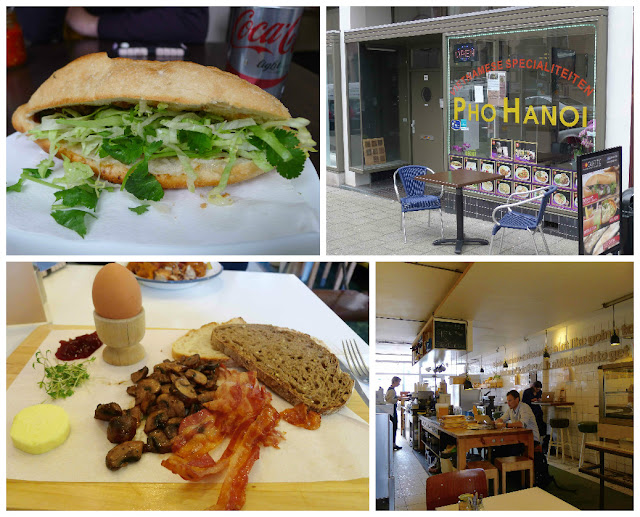 I ate so much in Rotterdam and there’s so much more I want to eat. I’d definitely recommend a trip.

Direct flights to Amsterdam Schiphol are available from Cardiff with KLM and Bristol with KLM and Easyjet. Rotterdam is a 25 minute direct train ride from the airport.