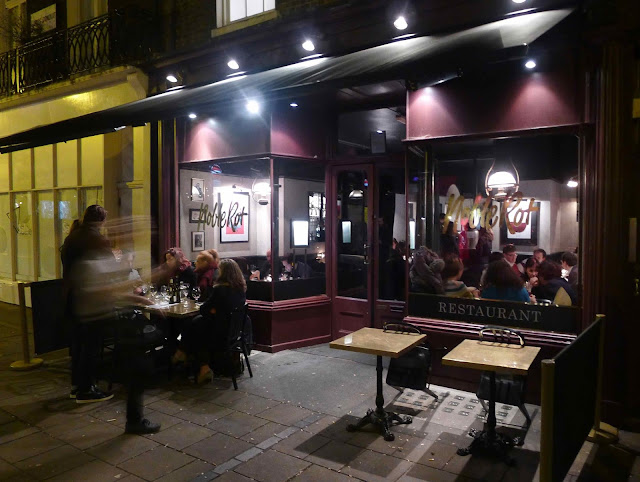 Forgive me for being a fanboy. But, there’s so much for me to fawn over about Noble Rot.

Firstly, the Sportsman’s Stephen Harris is consultant chef at this wine bar-cum-restaurant in Bloomsbury. As I’m not going to visit Whitstable anytime soon, it’s the closest I’ll get to sampling his food. 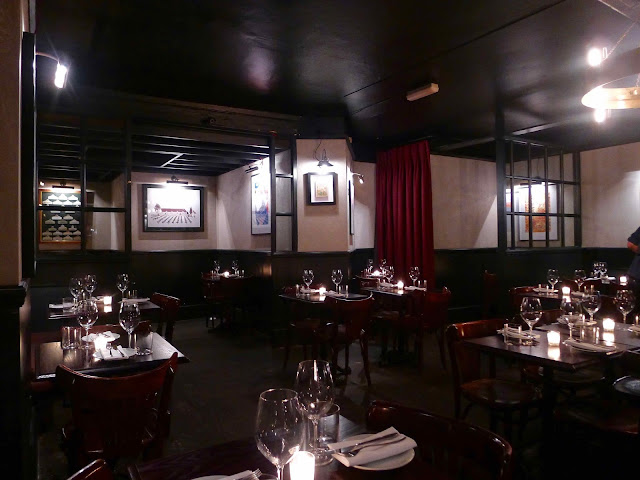 Secondly, the place is tied to the phenomenally cool Noble Rot wine magazine. As such, it’s got a corking selection of wines by the glass. I worked my way through Albert Mann Riesling 2015 (£5), Julien Sunier Morgon (£7), Gran Cerdo Rioja 2015 (£2) and Oremus Tokaji (£8) whilst Mrs G did damage elsewhere. 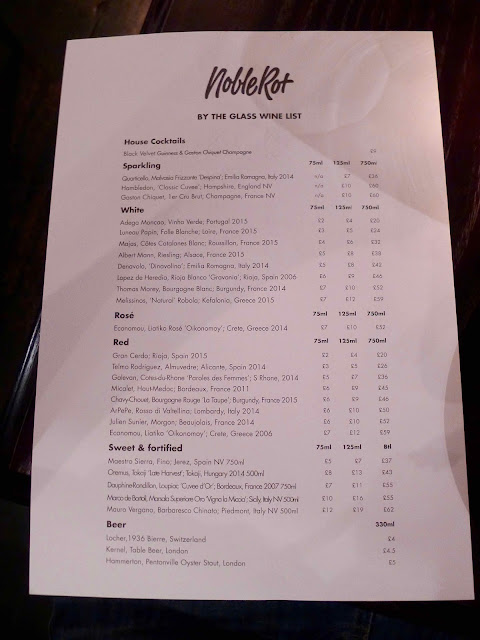 The menu is made up of seasonal British and international dishes cooked with the highest skill.

Jamon Iberico de Bellota (£14) was in top condition – the fat mouth-meltingly soft with a great depth of flavour. 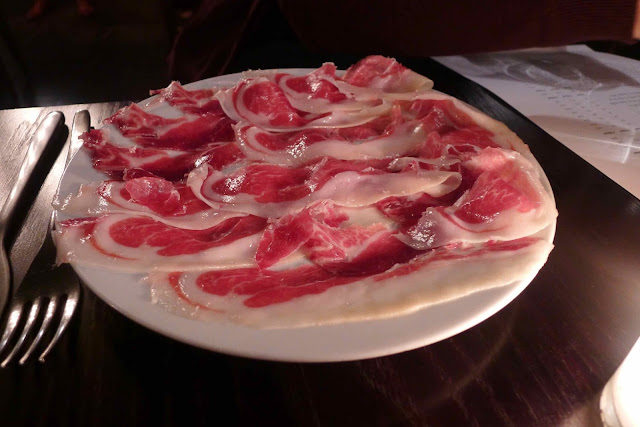 Slip sole (£10), the signature dish of the Sportsman, was cooked to perfection and coated in spicy, smoky paprika butter. 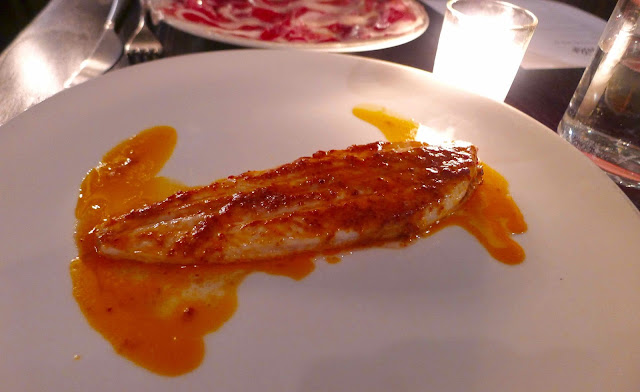 A whole roast quail (£19) was as tender as all examples should be with a nutty skin from basting in lots of butter. Spiced red cabbage and creamy celeriac puree were great sides. 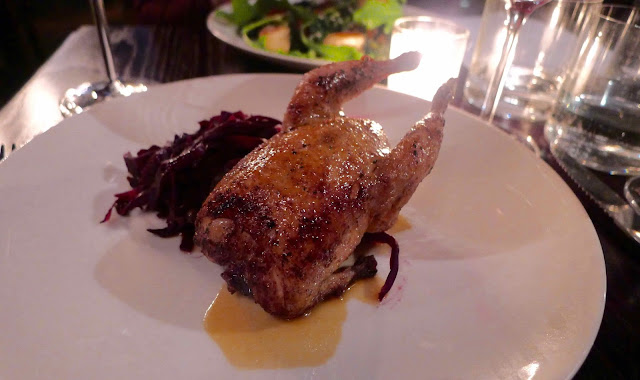 Gnocchi (£18) were super soft and light instead of being claggy warheads. They were served with intense kale pesto, savoury chanterelles and mascarpone to make a dish that dialled the flavour up to 11. 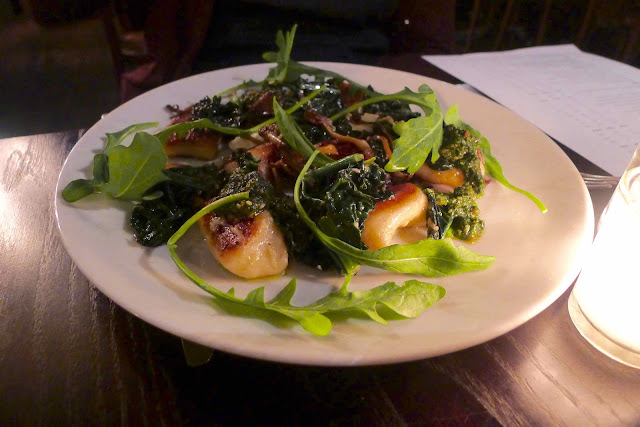 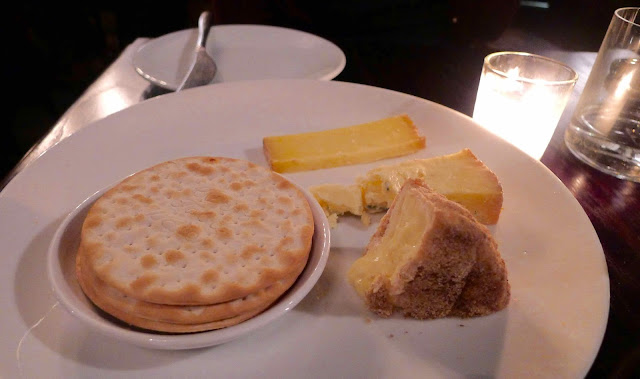 Sticky toffee pudding (£7.50) was the only bum note of the meal. The toffee had been taken to its extreme so that it tasted burnt rather than sweet – it was sent back uneaten and taken off the bill without prompting. Credit restored. 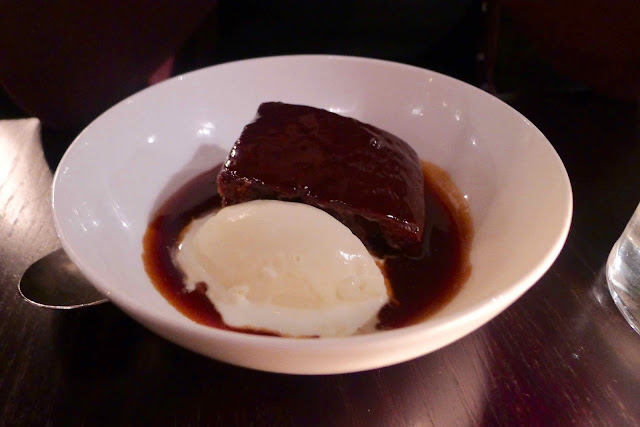 Noble Rot tart (£8) in contrast was epic. Light, honey drizzled sponge in the most delicate of pastry cases was joined by sweet roast pears and a dollop of mascarpone. 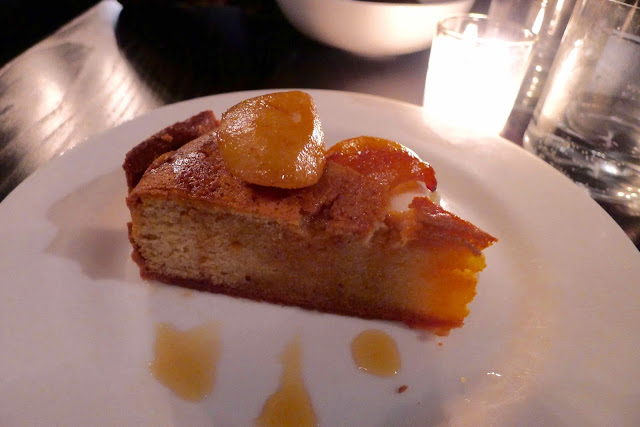 Dinner at Noble Rot was ace. From the food, to the wine, to the service, there’s a lot to love about it.