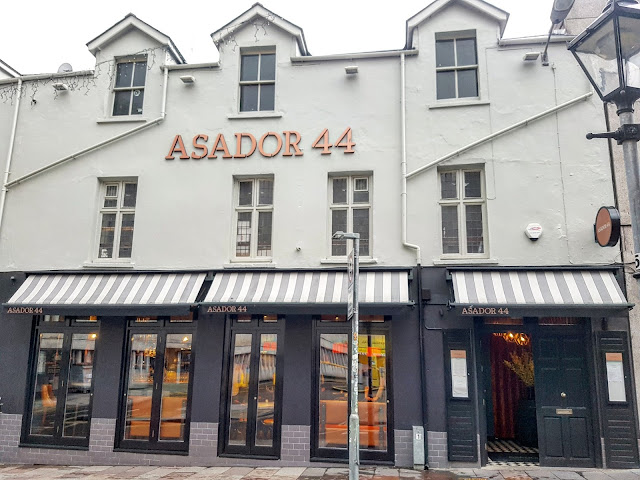 Asador 44 is the fourth restaurant from the award-winning Bar 44 brothers, Owen and Tom Morgan.

Located on the former site of Greenwood & Brown, they’ve done a stand up job in refurbishing the place. Ageing cabinets display handsome hunks of cow, a cheese cave is the home to over 30 different varieties and a beast of an asado grill belches flames from behind a window into the kitchen. 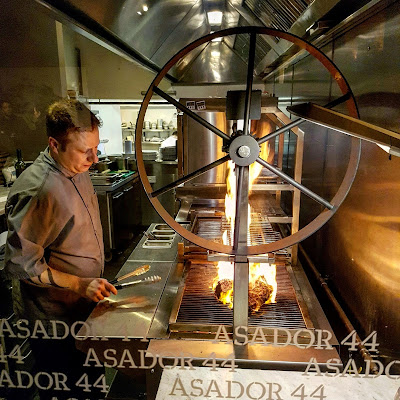 Asador 44’s menu differs from Bar 44’s in that the focus is on dishes cooked over charcoal instead of tapas - octopus, fish and iberico pork all appear but it’s steaks of Welsh beef and Spanish rare-breed old cows that are the main event. 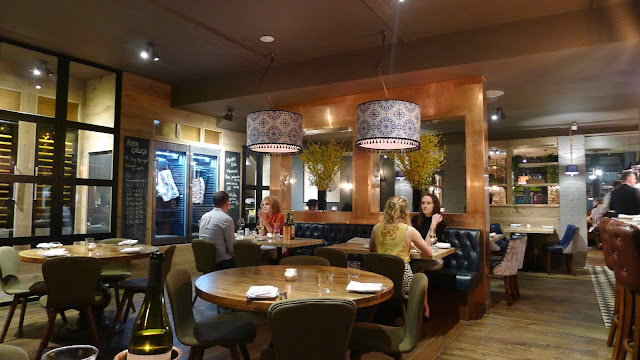 My trip last summer to Bar Nestor in San Sebastian was a defining beefy moment in my life - a sharing chuleton of retired dairy cow with its salty crust, complex beefy flavour and buttery yellow fat was an absolute joy. It’s this type of beef and the even more revered Rubia Gallega (Galician Blonde) that Asador 44 specialise in. 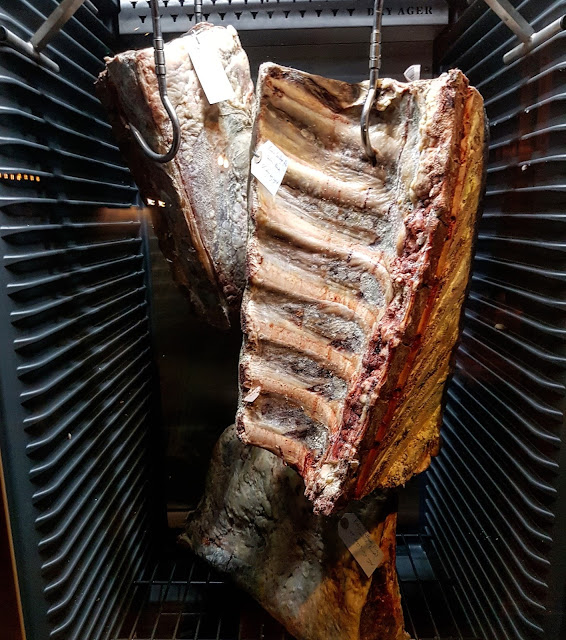 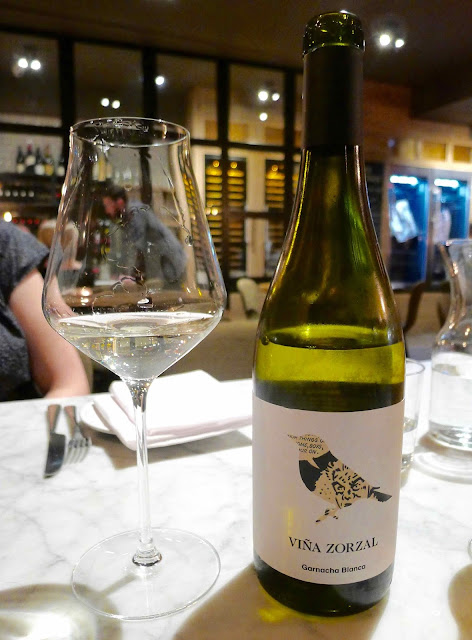 We kicked off with toasted Alex Gooch sourdough (£3) accompanied by lush whipped butter flecked with crunchy bits of meaty jamon and the grassiest of olive oils. 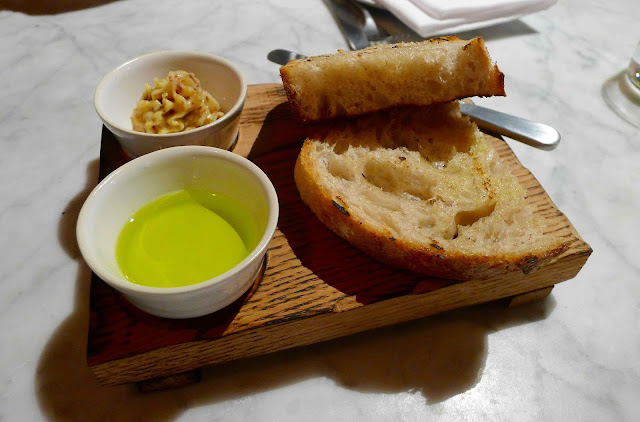 A crisp-skinned fillet of oily mackerel (£8) was balanced by mustard twanged celeriac remoulade, caper berries and a charred wedge of endive. 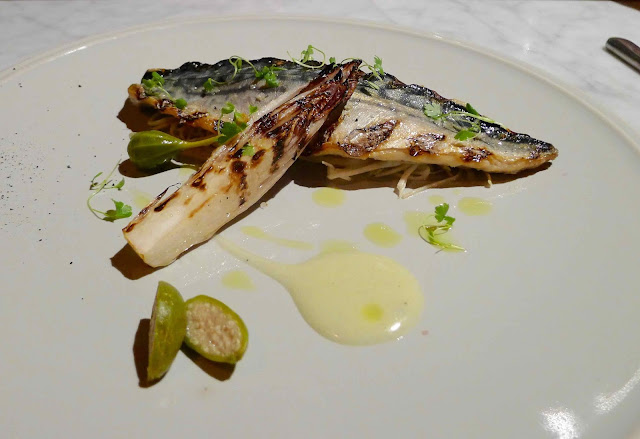 A carabinero was billed as the world’s finest red prawn. I can see why. At £16 it’s a special treat but the juicy super-sweet flesh and the intense bisque-like head juice were a killer combination. A lick of smoke from the parilla added an extra dimension. 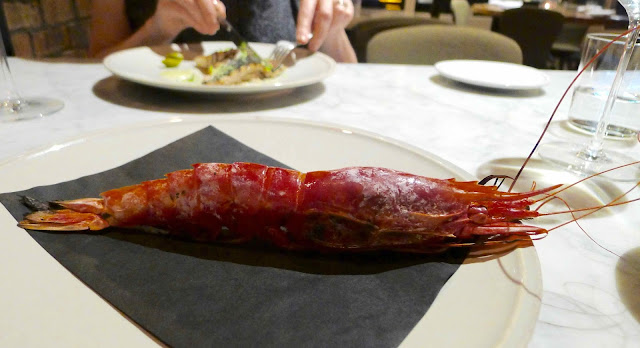 For main we shared the lomo bajo (£49), a 700g sirloin of 9 year old Asturian ex dairy cow. It was an absolute beauty. Bronze crusted and tender of flesh, the sliced rare steak had a deep beefy flavour and a funky end-note from weeks of ageing. 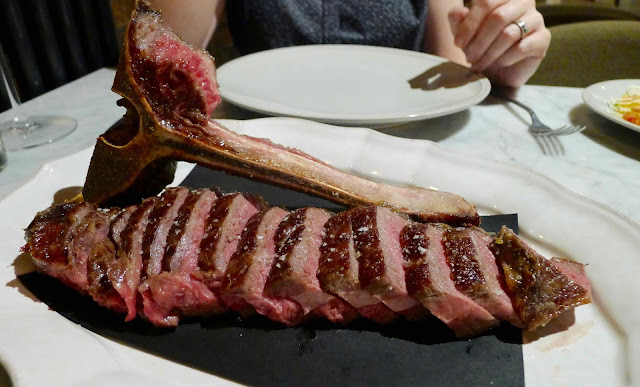 Included in the price were a choice of two sides. 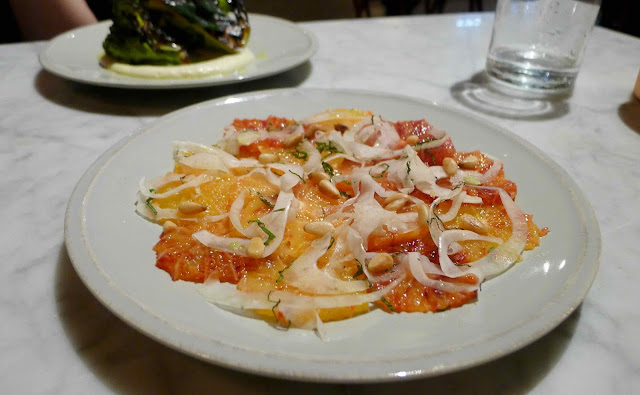 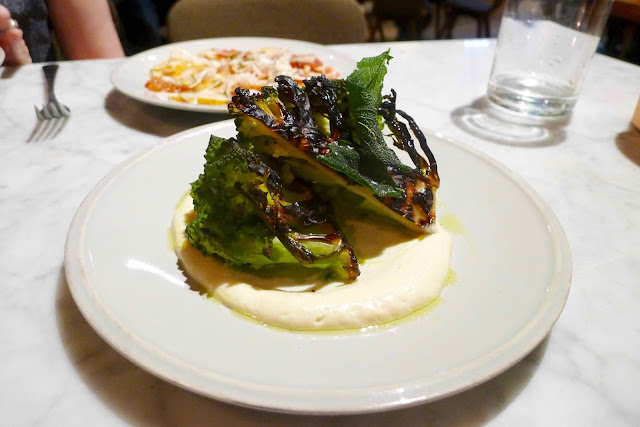 A selection of five exemplary cheeses (£12) were accompanied by olive oil crackers, sweet tomato chutney and quince jelly. A villarejo rosemary was a manchego like variety fragranced from rolling in rosemary and lard (oofh). Luna negra was a delightfully light and creamy ash coated goat’s cheese whilst a cave-matured Cabrales was a knock your socks off socky blue cheese. 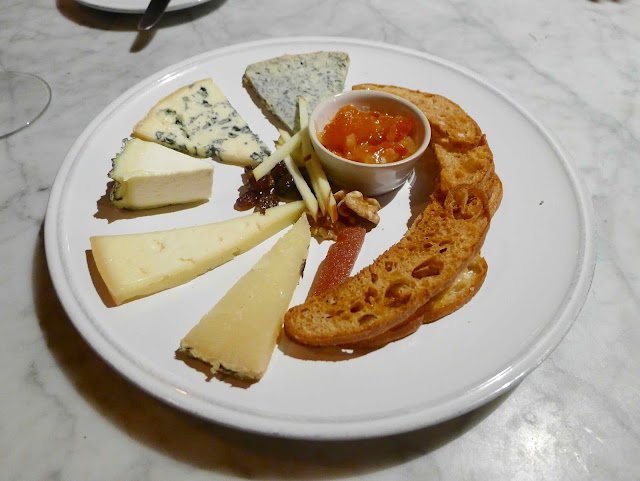 Desserts were very good but the least impressive element of the meal.

Mrs G was sold at the mere mention of a tarta de queso (£7). The light cheesecake with its burnished top was joined by a crisp almond tuille and blueberries cooked in tempranillo. 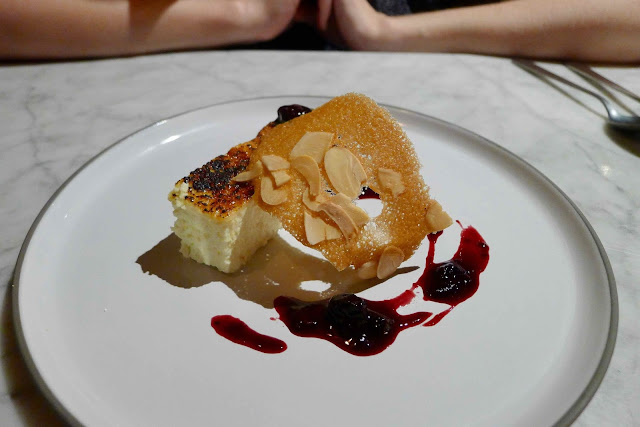 A chocolate and hazelnut ball (£7) packed a seriously rich punch but it could have been less crumbly. A scoop of fresh cherry sorbet, a drizzle of olive oil and a scattering of vanilla salt balanced out the dish. 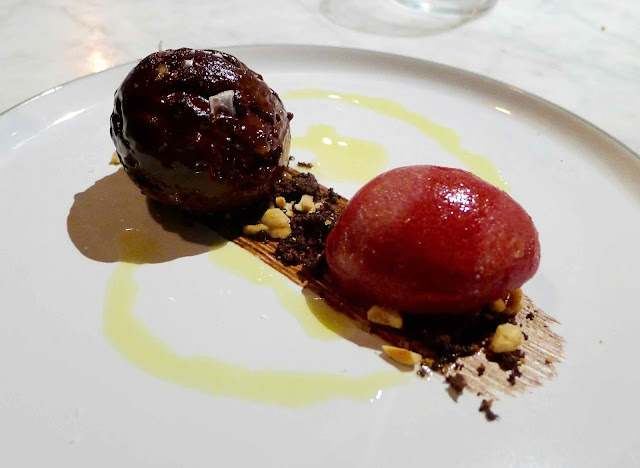 If there’s one type of restaurant Cardiff has been lacking until now, it’s a first-rate steak joint.

With the opening of Asador 44, Cardiff has its answer.

We loved our meal and there are so many more dishes that I’m itching to try as soon as possible.