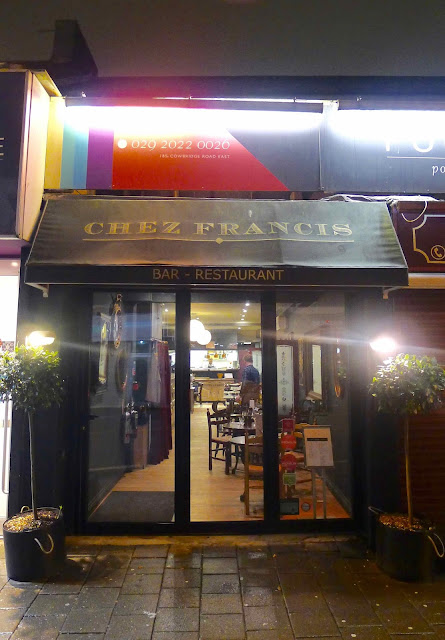 It was with heavy hearts that we visited Chez Francis on the night of Wales’s ludicrous overtime defeat at the hands of the French in the final game of the Six Nations.

But, if there’s one thing that can cheer me up quicker than you can say “George North didn’t bite himself”, it’s a plate of good French grub.

The hearty cooking at Chez Francis in Canton more than did the job. 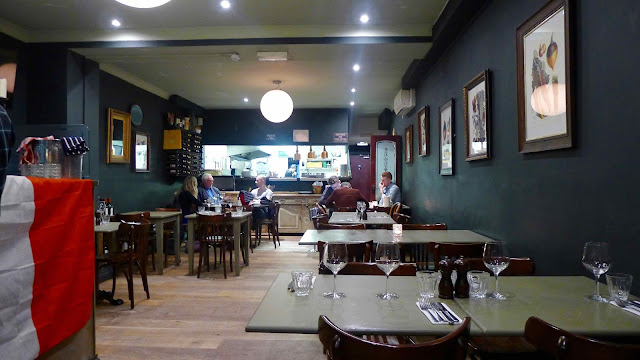 The menu is packed with bistro classics including escargot, baked camembert, coq au vin and tarte aux pommes. The wine list too is exclusively French – we saw off a couple of bottles of ludicrously quaffable Morgon 2015 Château de Pizay  (£26.95) and a light and apricoty Haut-Montravel dessert wine (£29.95).

Starters weren’t the prettiest bunch of plates but they all tasted good.

A slice of rich and buttery foie gras terrine (£8.95) was served just slightly chilled. It was coated in a good ring of butter (just in case there wasn’t enough fat in the dish already) and accompanied by a smooth apple puree and a couple of pieces of crisp baguette. More bread was brought without hesitation at Mrs G’s request.

My bowl of French onion soup (£4.50) contained a heap of soft and sweet onions and had a good meat stock base and twist of black pepper. A cheese topped crouton could have been cheesier – I love it when the fronds of cheese take over the top of the bowl. 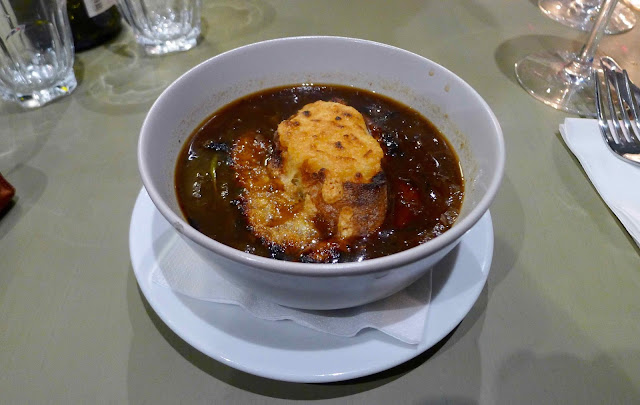 A trio of scallops (£9.95) were nicely caramelised and served with earthy beetroot puree and salty shards of pancetta. However, the portion size was a bit meagre.

Mains were all bang on.

A cassoulet (£16.95) of tender beans and soft shreds of duck nestled a gigantic Toulouse sausage in its depths. Crunchy breadcrumbs provided textural contrast and completed this lovely dish of comfort food. 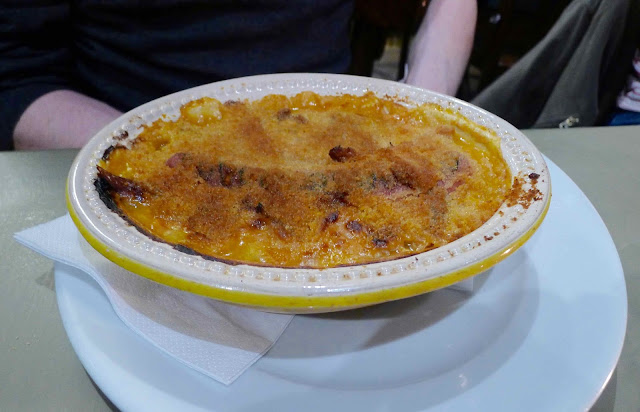 Beef fillet medallions (£20.95) were ordered and served rare. They very tender, well flavoured and served with a rich and creamy peppercorn sauce. Accompanying parmentier potatoes were hyper-crisp and hyper-garlicky. They were as moreish as they were bad for the breath. 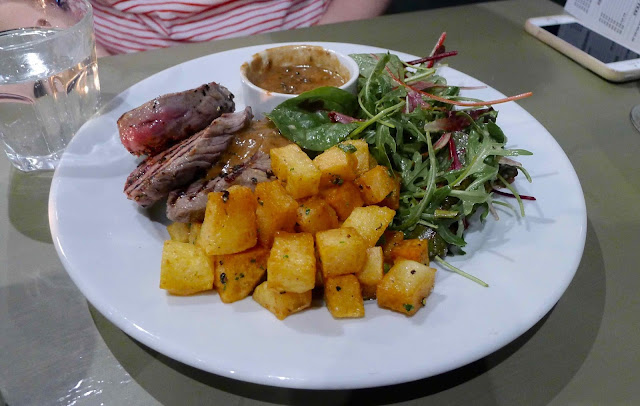 The crisp skin of a portion of confit duck (£15.95) was a delight. Its flesh was good but could have been a touch moister. Once again, the parmentier potatoes were devoured with glee. 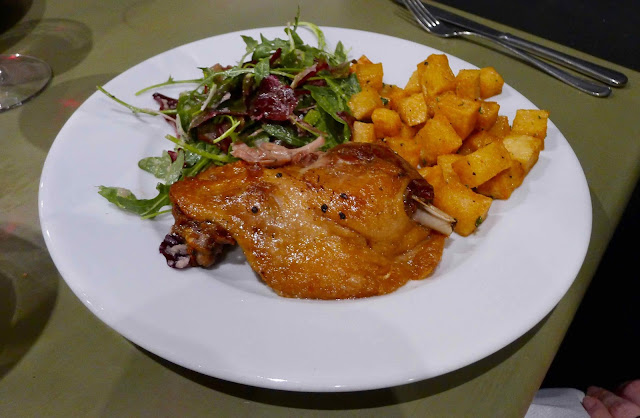 Finally, my coq au vin (£14.95) was a lovely example of the dish. Tender bone-in chicken leg and thigh was bathed in a sauce rich with red wine and liberally studded with soft carrots, celery, lardons and mushrooms. Thick, smooth and creamy mash was the ideal companion for all that lovely sauce. 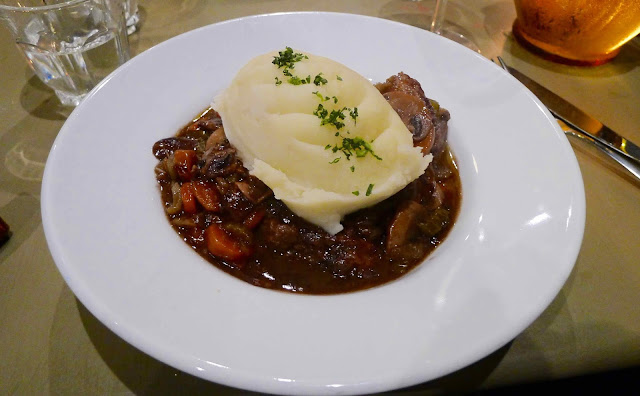 Desserts were just as enjoyable. 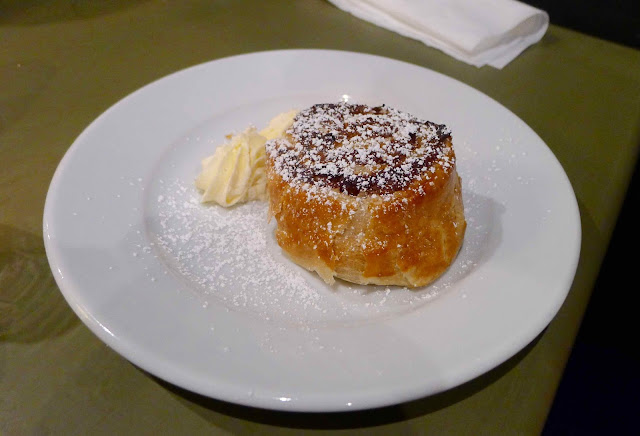 A gateau au chocolat (£4.95) actually turned out to be the gooiest and richest of chocolate brownies. Its almost fondant like interior was right up my street. 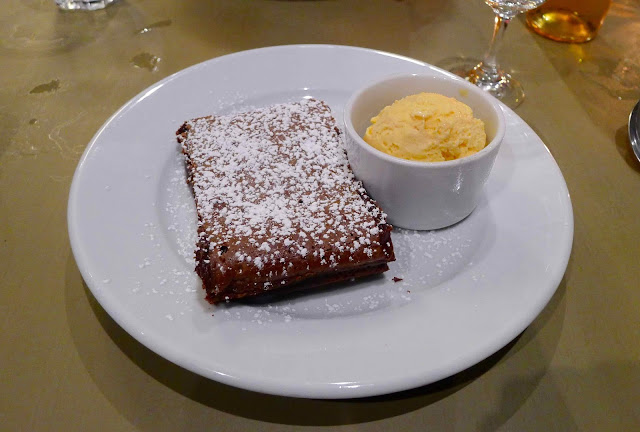 We really enjoyed our meal at Chez Francis – the food, wine and service were all lovely. I recommend it for putting you in a good mood after a Wales rugby defeat.