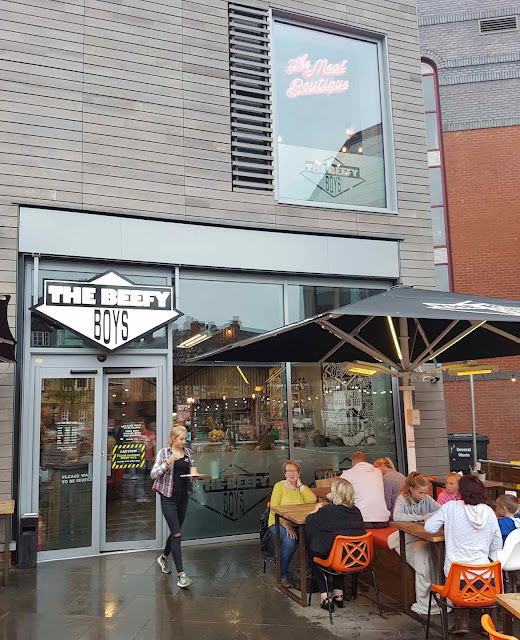 To say that the story of Hereford’s Beefy Boys is impressive is an understatement.

Originally a team of amateur cooks from Hereford with a passion for burgers and bbq, they entered Grillstock in 2014 and won the title of best burger. Wow.

They then represented the UK at the World Food Championships in Las Vegas where they competed against 50 other chefs for the title of world’s best burger. They came second overall with their butty bach burger winning in the final. Double wow.

The Beefy Boys used their winnings from Vegas to open their first restaurant in Hereford, an industrial space with corrugated metal, wood-panelling and strip lighting. 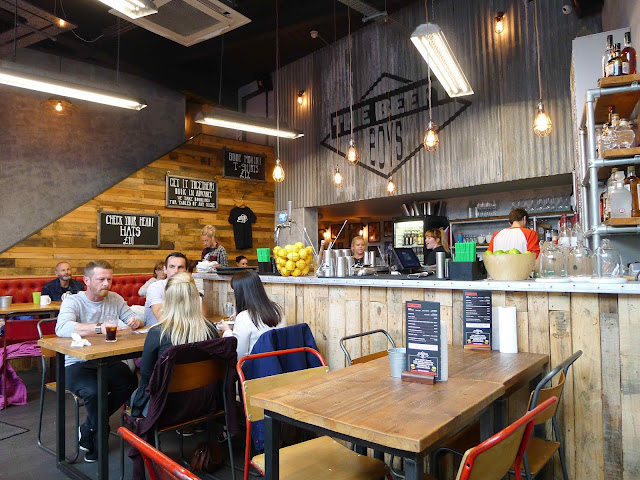 Unsurprisingly, the menu is dominated by burgers; there’s sixteen of them (plus specials) including chicken and veggie options.

A salted caramel milkshake was big on flavour and topped with a nice piece of gooey brownie. But for me it was too thin and milky. Mrs G disagreed. 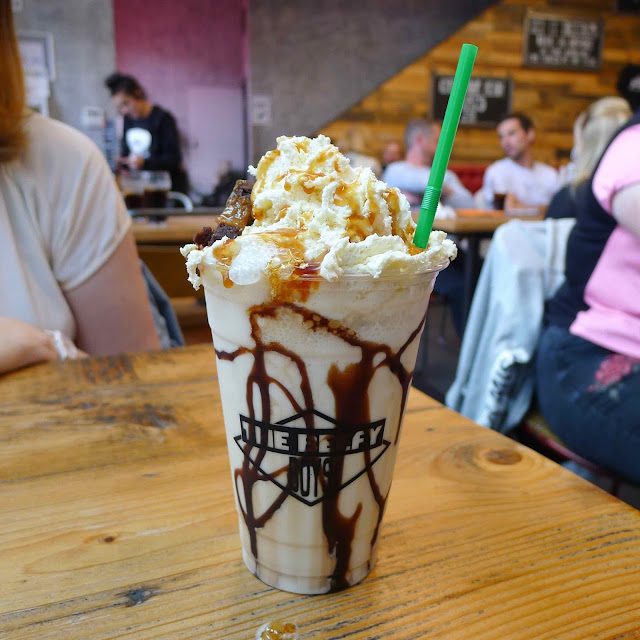 We ordered a few sides to go with our burgers.

Hella crisp mac and cheese balls (£4) were as filthy-tasty as it gets; crisp crumbs gave way to velvety macaroni cheese. 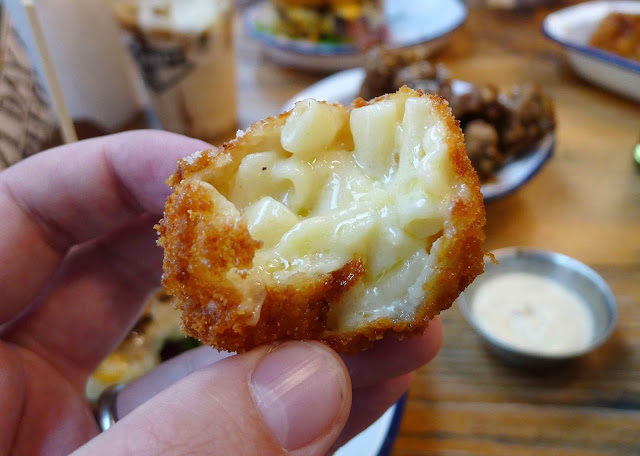 They were topped with parmesan, chives and crisp bacon shards and accompanied by a smokey spicy chipotle ketchup. 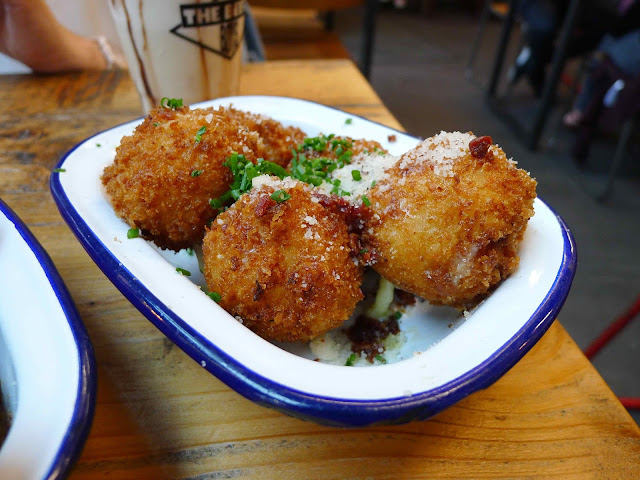 Ninja wings (£4) were twice cooked giving them a super crisp exterior that was coated in a sweet, sticky, savoury glaze of soy, garlic and honey. Whilst they were tender, they weren’t the juiciest of wings I’ve eaten, perhaps a result of the double cooking process. 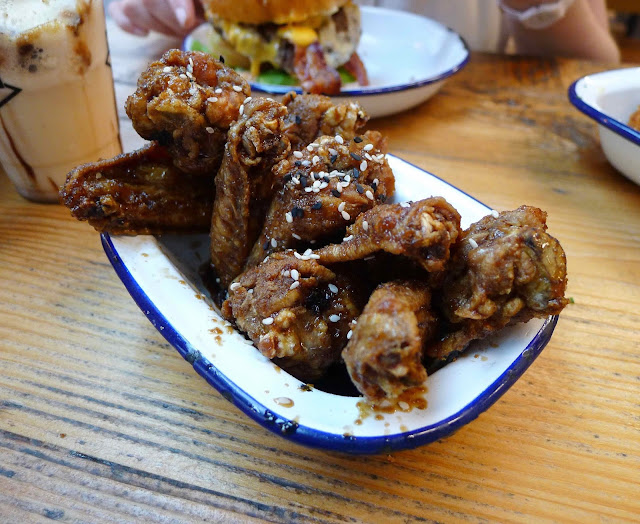 Millionaire fries (£3.50) were topped with an indulgent combination of funky truffle oil, parmesan and chives. Whilst truffle oil often dominates, in this case it harmonised well with everything else. 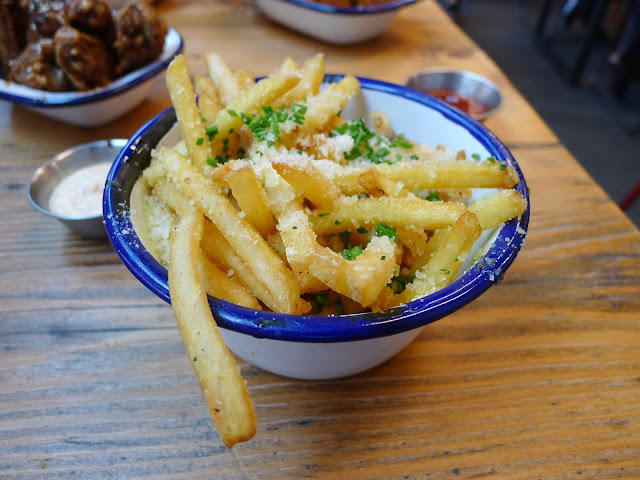 A burger lives and dies by the quality of its patty and this is where the Beefy Boys shine. 21 day aged Hereford beef is ground coarsely daily and is the sole ingredient in their patties (other than seasoning). Served a perfectly pink medium they’re big on flavour with a robust yet juicy texture.

The second most important element, the bun, is killer too. Their squidgy but sturdy and not too sweet semi-brioche buns are made by local baker Peter Cook using a sourdough starter. 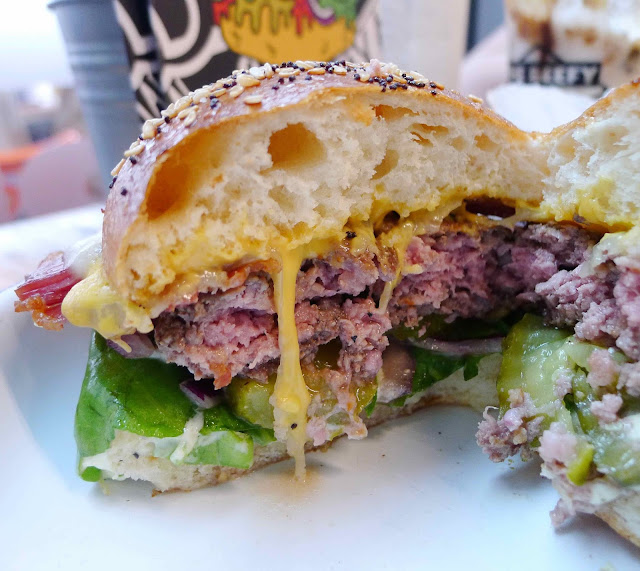 I ordered the Beefy Boy (£8), the signature burger. A messy beast, it was topped with crisp streaky bacon, oozy melted American cheese and Swiss cheese, lettuce, red onion and richness piercing gherkin. The kicker was a liberal dollop of secret special sauce - a creamy and tangy number that reminded me of Big Mac sauce but without the gherkin. 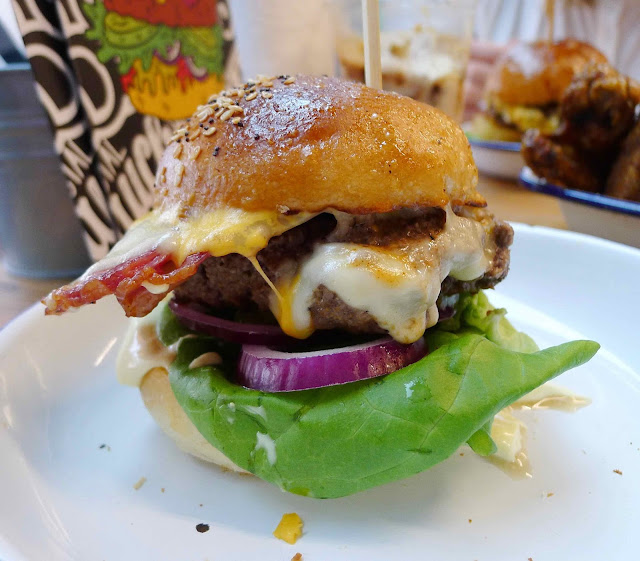 Mrs G’s Bacon Boy (£9) was topped with double bacon, bacon mayo, American and Swiss cheese, lettuce, red onion and gherkin. The only let down was a slice of fridge cold beef tomato that did its accompaniments no justice. 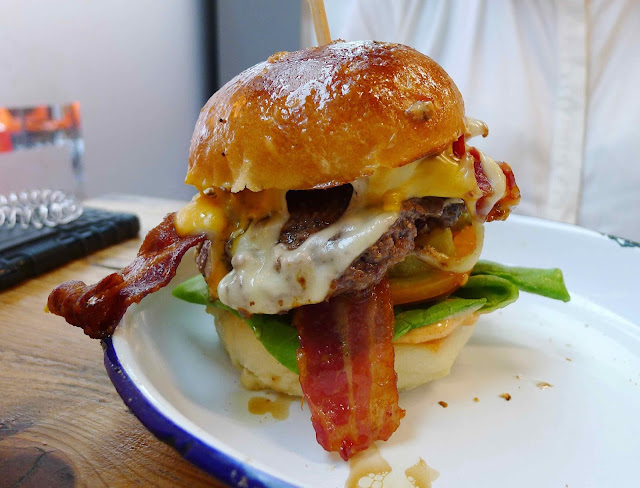 We had a kick-ass lunch at Beefy Boys. Their quality is absolutely top drawer and they're great value to boot. If you’re ever in the Hereford area, make sure you visit to recalibrate your burger expectations.