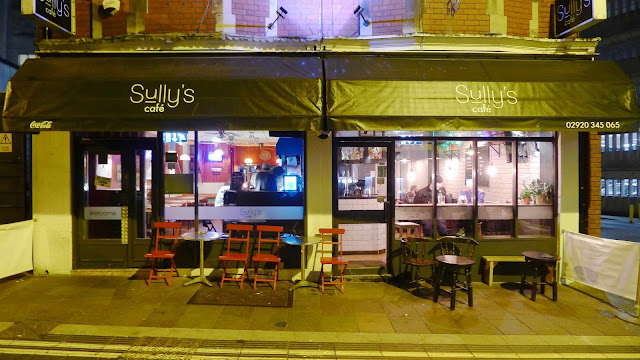 Isn’t it great when things have more than one use?

By day, 4-5 Quay Street in Cardiff city centre is a traditional cafe called Sully’s. However, when it shuts its doors at 3pm it transforms into The Blue Honey Night Cafe, a trendy cafe-bar that’s open from 5pm-1am.

Sharing the venue is a great idea - the owners of Sully’s get an extra source of income from the Blue Honey gang. Meanwhile, for Blue Honey there’s less financial commitment required to get a new business off the ground. It’s kind of surprising that more places don’t have such an arrangement.

Naturally, Mrs G and I ordered all three mains to share.

Crisp crumbed Korean chicken (£9) coated in a sweet, slightly spicy and sticky soy glaze and asian slaw were sandwiched between a freshly made Belgian waffle. On the side, uber crunchy fries were topped with light pickles and warming sriracha mayo. This was the standout dish of the meal without question. 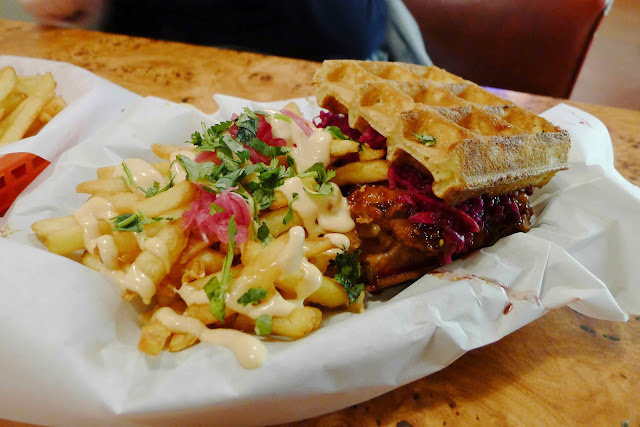 Thin slices of well-flavoured picanha steak (£9.50) were topped with a punchy chimichurri sauce and tangy sunblush tomatoes. The well done meat could have been cooked a heck of a lot rarer but fortunately retained most of its tenderness. Fries were served on the side alongside al dente broccoli with an enjoyably savoury soy dressing. 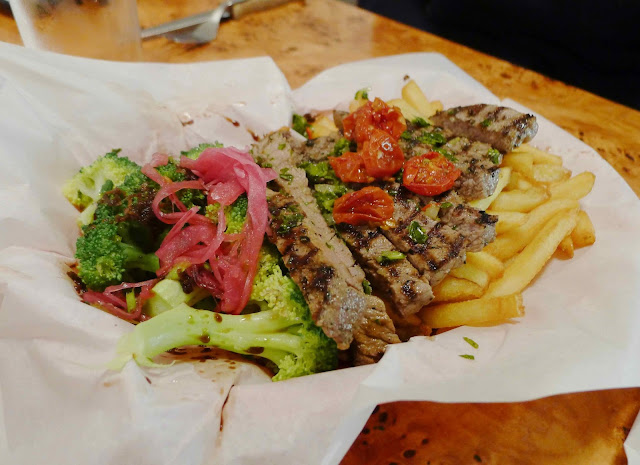 A whopping half head of turmeric twanged cauliflower (£8.50) was nicely charred on the exterior and topped with smokey aubergine baba ganoush, creamy tahini and refreshing pearls of pomegranate. This was a very enjoyable plate but I felt the ingredient ratios were a bit off as many mouthfuls consisted solely of un-charred cauliflower. 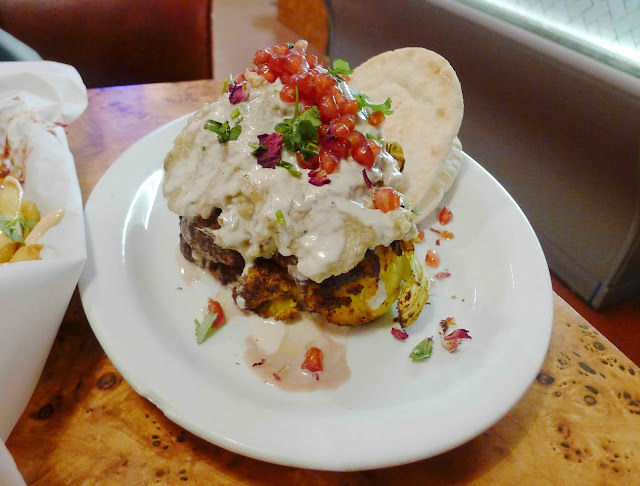 I liked Blue Honey and it brings something very different to Cardiff city centre. The menu may be tiny but that’s not really the point. This is a place for good times and tasty food to soak up some alcohol.