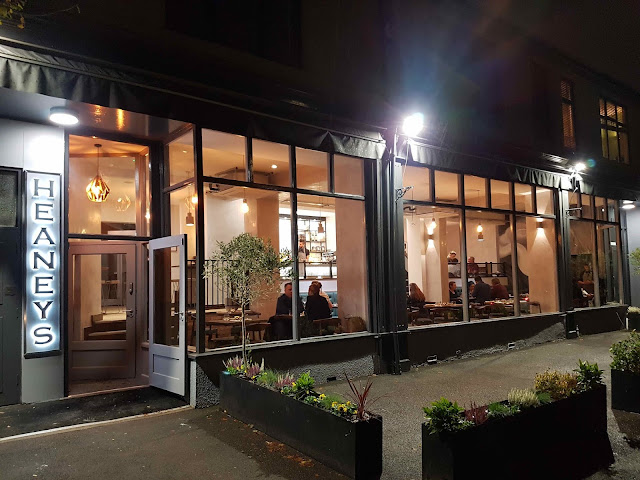 There’s something exciting happening to the restaurant scene in the west of Cardiff.

Last week, the modern Welsh cooking at Pontcanna’s Milkwood was awarded a Plate in the Michelin Guide 2019.

Next week, the Heathcock, a sister pub to the utterly brilliant Hare and Hounds in Aberthin opens in Llandaff.

And this week, following a successful pop-up and crowdfunding campaign, Heaney’s finally opened its permanent restaurant in Pontcanna on the former site of Arbennig and Le Gallois. 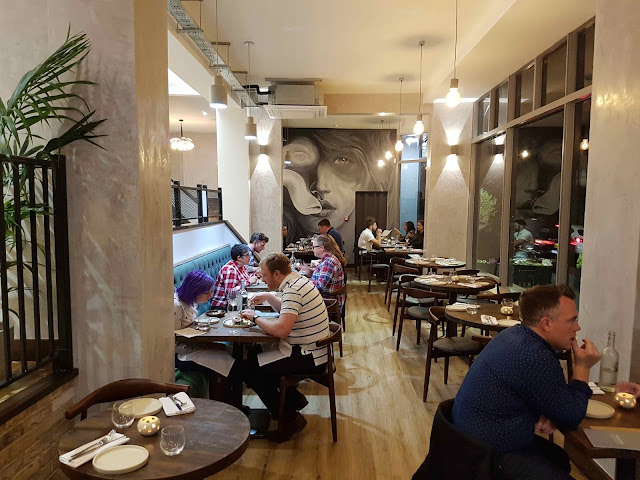 Chef Patron Tommy Heaney has been one of the standout contestants on this year’s Great British Menu with his first rate looking DNA fish dish, contemporary cooking style, and cheeky sense of humour.

I’ve previously reviewed Tommy’s pop-up and it was beltingly good.

His permanent restaurant follows the same principle of small plates (£8 - £13) with a changing daily roster depending on what’s fresh and seasonal.

The team have done a lovely job on the refurb of the place, opening out the space and giving it a more modern feel with its graffiti feature wall. 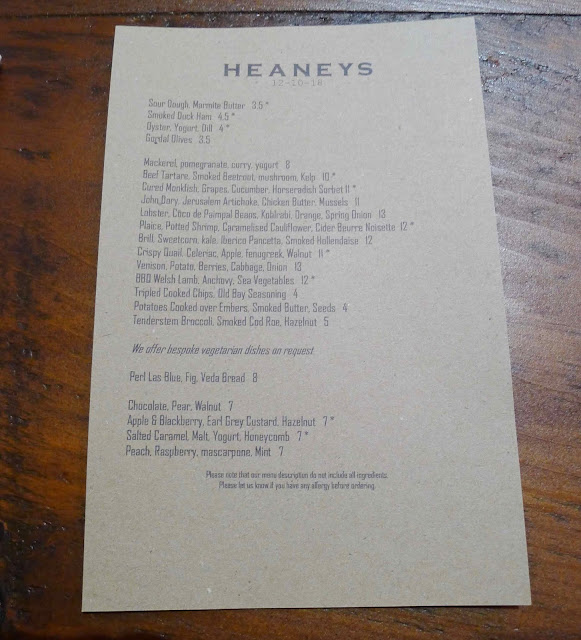 A pair of cocktails were a delicious start to the meal - a Normandy Buck was a pleasingly dry yet fruity combination of calvados, amontillado sherry, lemon, vanilla and ginger (£8) whilst a Rooted Rickey (£3.50) was a winter spiced mix of carrot, ginger, lime and soda. 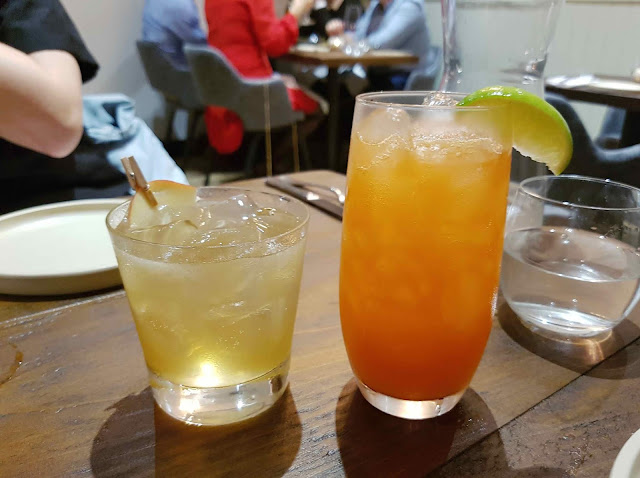 Heaney’s toasted sourdough with marmite butter (£3.50) is already a classic in my book. As a platinum member of the toast and marmite fan club, I reckon this is as good a version as it gets. The bronze crusted bread was joined by smooth butter which combined creaminess with intense savouriness. 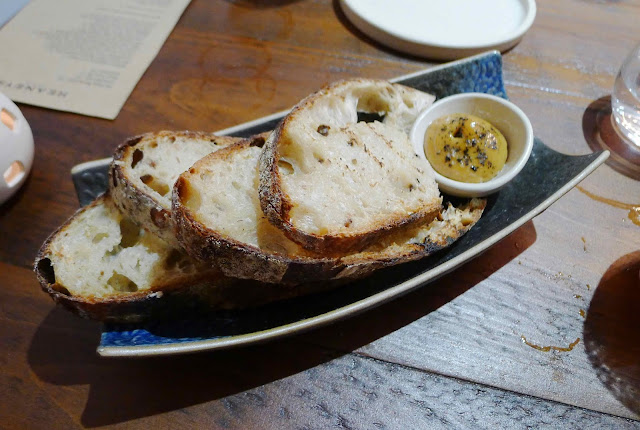 Our first two dishes of the night were the standouts of the meal.

Wafer thin slices of meaty delicately-cured monkfish (£11) were adorned with a range of Scandi-lux tidbits - thin slices of grape, crunchy hazelnuts, potently aromatic dill oil, warming yet palate cleansing horseradish sorbet and a sweet and spicy cucumber, mustard seed and chilli relish. If you served this on a slice of rye bread then it would be like having lunch in Ikea’s Mayfair branch. 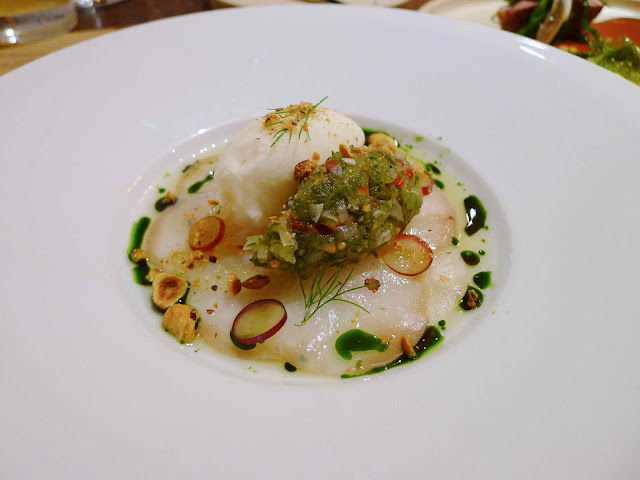 Heaney’s barbecue lamb and anchovy (£12) featured in our meal at the pop-up and it was just as good as I remembered it. Spoonably tender smokey lamb fillet was joined by briny anchovy and salty sea vegetables as well as a gorgeously glossy meat sauce and savoury anchovy mayonnaise whose acidity cleverly balanced the dish’s richness. 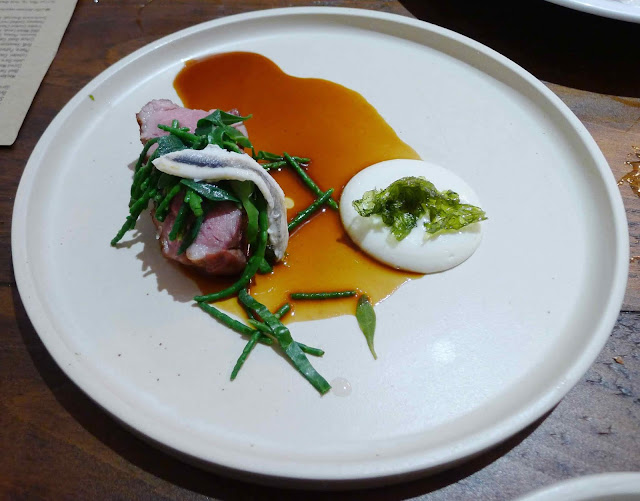 Next up came another fish and another meat dish - I would have preferred it if the fish dishes and meat dishes had been paired with each other.

A sweet-flaked hunk of plaice on the bone (£12) was garnished with caramelised cauliflower pieces and a buttery, smooth cauliflower puree as well as spiced potted shrimp, crunchy cubes of lightly acidic apple and capers and a nutty cider beurre blanc. 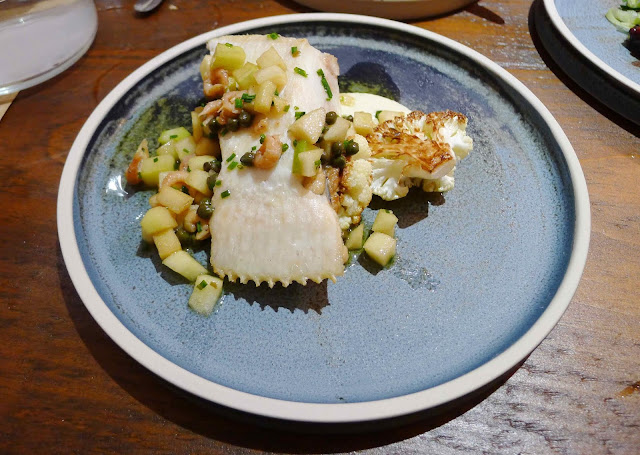 Our lovely venison dish (£13) was outshone by its brilliant bonus accompaniment. 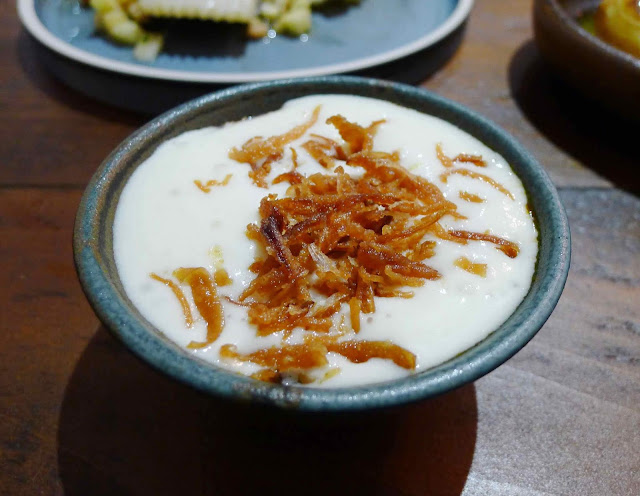 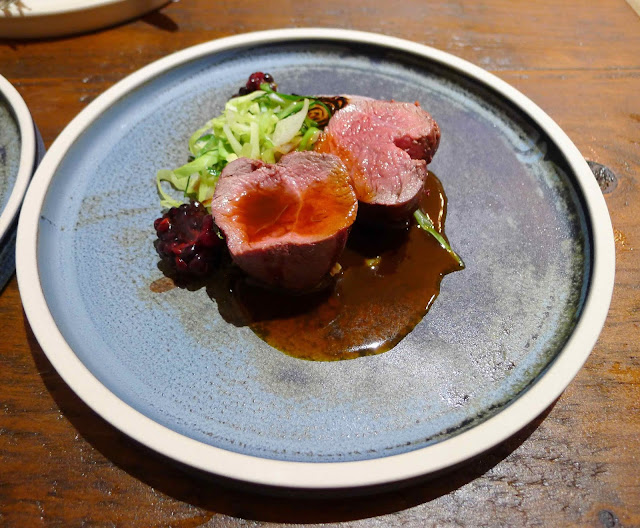 A side of potatoes (£4) cooked over embers was a night by the fireplace distilled into a plate of food. If the crisp-skinned tender spuds weren’t compellingly smokey enough, they were sat in a puddle of melted smoked butter and topped with crisp seeds. 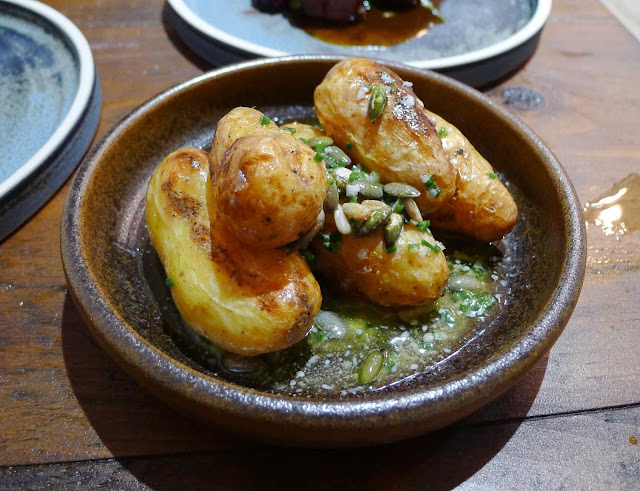 Our first dessert (£7) was an assemblage of tasty things. Sweet and chunky apple compote, smooth and slightly sharp blackberry sorbet and buttery hazelnut crumble were all hidden beneath a cloak of airy and aromatic Earl Grey custard. 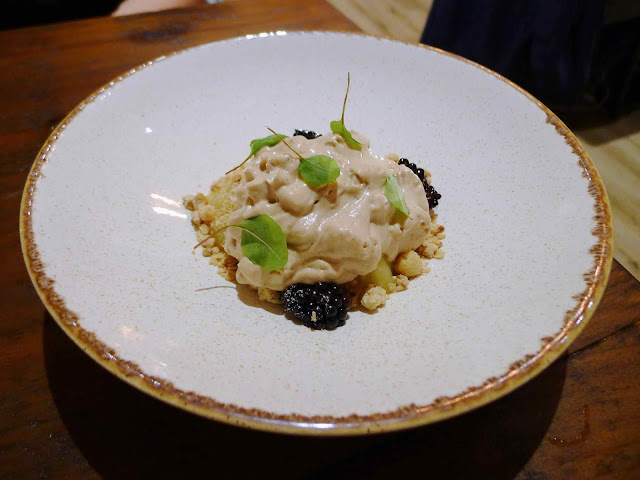 An uber-rich and smooth chocolate ganache (£7) combined brilliantly with caramelised walnuts and a cleansing and not-too-sweet pear sorbet. However, the pud was let down a little by a poached pear which had a slightly unusual fizzy and acidic back note - I’m assuming it was just a dud fruit. 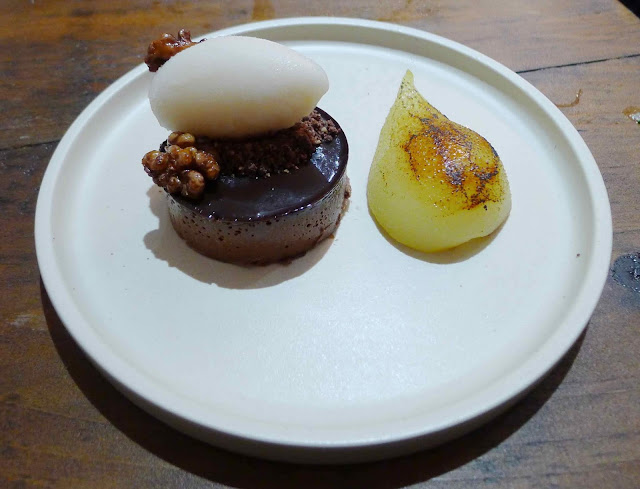 Dinner at Heaney’s was lush. Tommy’s light, modern and flavour-packed cooking is going to be a huge asset to Cardiff’s dining scene.