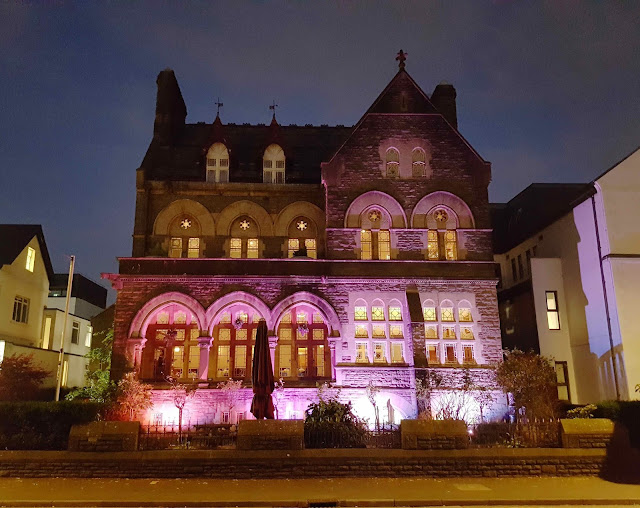 Cardiff’s Park House Restaurant is located in a beauty of a building. Designed by architect William Burges, the 19th century Gothic town house is regarded by CADW as one of the most important 19th century houses in Wales.

Known for their biblical wine list, Park House won the UK’s best wine list award in the AA Guide 2018-19. Unsurprisingly, both glasses of wine I have with dinner are absolute belters, especially an apricot-packed Montes Alpha Chardonnay (£6). 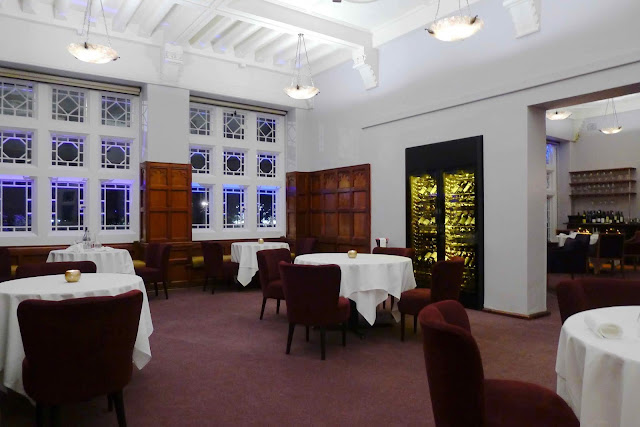 The restaurant is a cavernous and tastefully decorated space with pretty original features. But, as there’s only a handful of tables occupied on our visit, the dining room has a library-like atmosphere.

Snacks are tasty - a warm cheese gougère and a crisp pastry cornet filled with whipped tangy cheese and salty pearls of caviar. 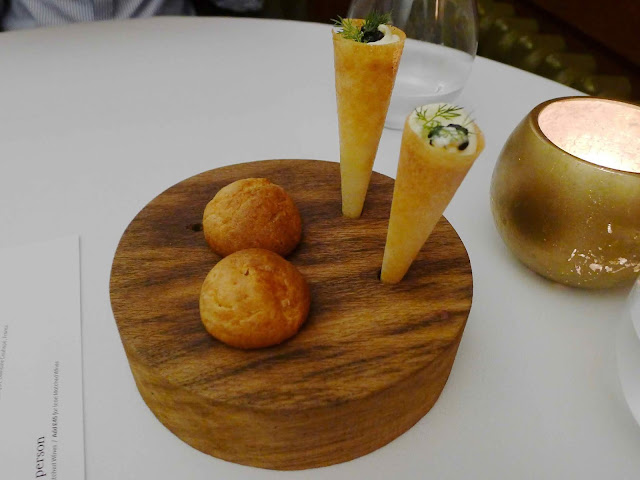 Warm bread includes airy oil-rich focaccia and a mini walnut and raisin loaf. The star of the show is a quenelle of whipped butter with a delicious yoghurty tang. 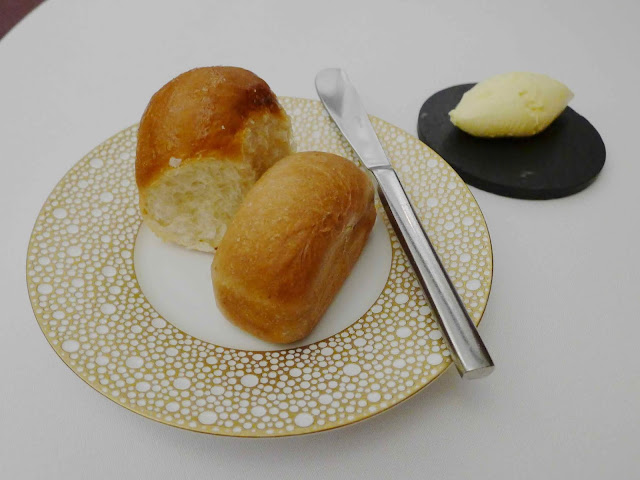 An amuse bouche of creamy cauliflower panna cotta is topped with a layer of dull grey oyster jelly, a dot of caviar and a leaf of edible gold. It’s nice but it’s all very subtle. 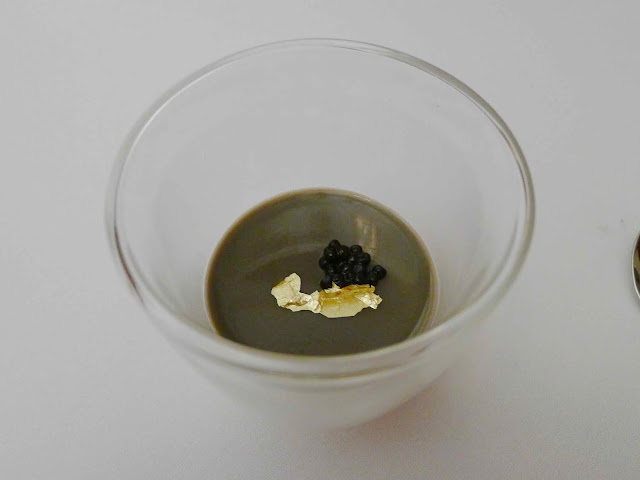 Starters are both good.

A whopper of a golden crusted scallop (£14) is sat atop buttery jerusalem artichoke puree and adorned with artichoke crisps, shavings of raw mushroom, funky truffle and a glossy sauce. However, the ingredients muddle together slightly rather than elevate each other. 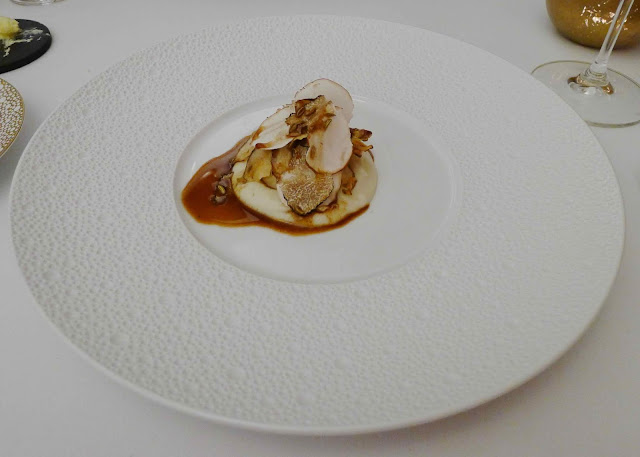 A deliciously creamy and soft piece of oat milk tofu (£12) is bathed in a well-seasoned vibrant broth garnished with earthy girolles and salsify pieces which have a little too much bite for me. 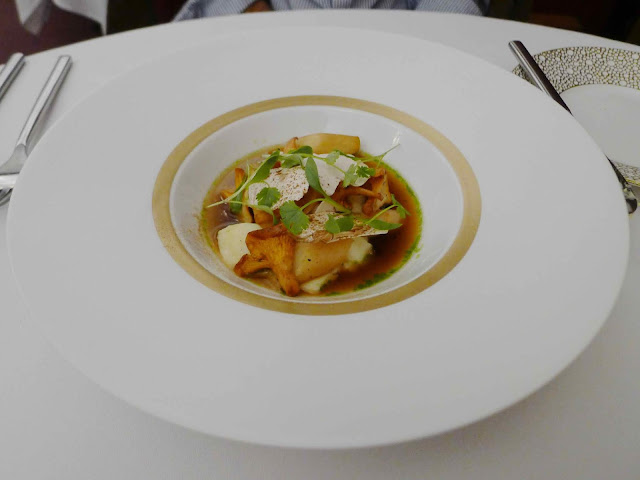 Mains have a similar vibe, they’re tasty but they don't wow.

Loin of Preseli Mountain lamb (£25) is served a beautiful pink and is well-flavoured but a shoulder piece is a touch dry. It’s accompanied by dainty pieces of charred lettuce and onion, and aubergine puree which lacks its billed smokiness. 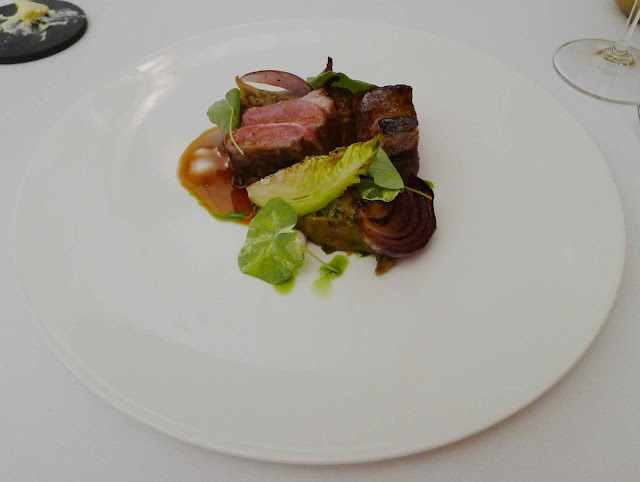 Highland Wagyu (£36) is introduced to us as the second fattiest type of beef in the world. It lives up to its description - spoonably tender, the sirloin melts like butter. But, it lacks the complexity of flavour that makes a first rate steak for me. It’s joined by rolled short rib which could be a touch juicier, decent mashed potato, bordelaise sauce and lovely shaved pickled kohlrabi. 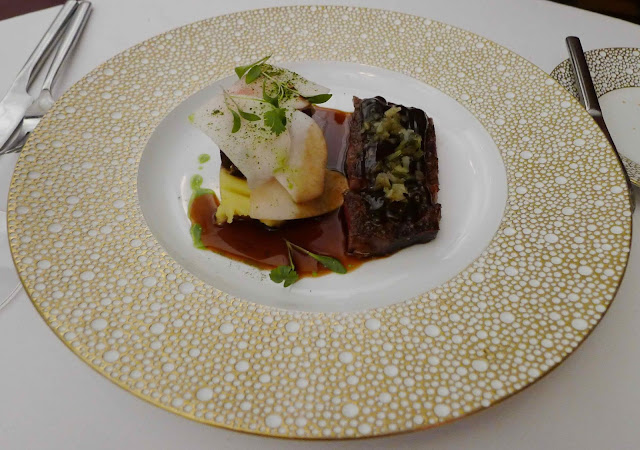 A nice touch from our waiter sees a pre-dessert to share of the pudding we nearly chose. 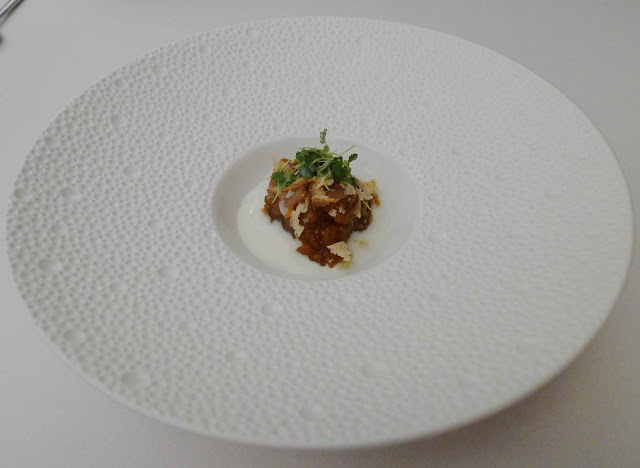 The meal takes off with dessert (£12) - a brilliant riff on tiramisu which is packed with intense flavours and textures that harmonise perfectly. A perfectly tempered half chocolate sphere cracks and yields at the merest tap of the spoon. Intense coffee jelly, light and milky ice cream, mascarpone granita shavings and a Werther’s Original-like chocolate caramel are all bang on. 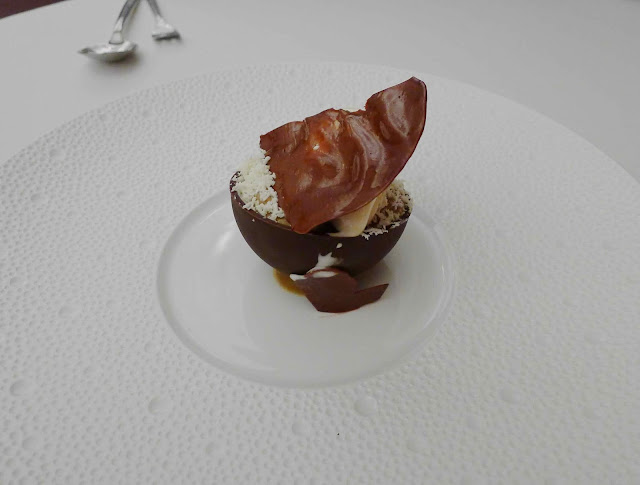 Dinner at Park House was good. Our service was very friendly if slightly erratic (it took an hour after we arrived before we received starters), wines were brilliant, and the food was tasty.

But, for this kind of money I’d perhaps expect a little more.