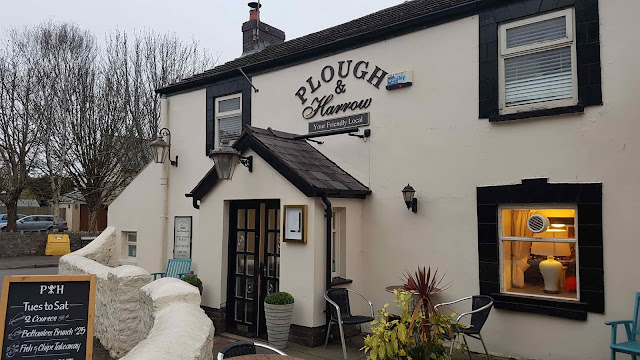 When you don't expect the finest (delete as appropriate) roast dinner / burger / spam fritter, it’s much easier to be impressed.

However, when the bar is set high, you're a lot more likely to be disappointed.

Located in the village of Murton (just a few miles from Swansea), the Plough and Harrow was named best gastropub in Wales 2018 in the Food Awards Wales and Tom Parker Bowles named it in his best 50 Sunday roasts in the UK in 2018. 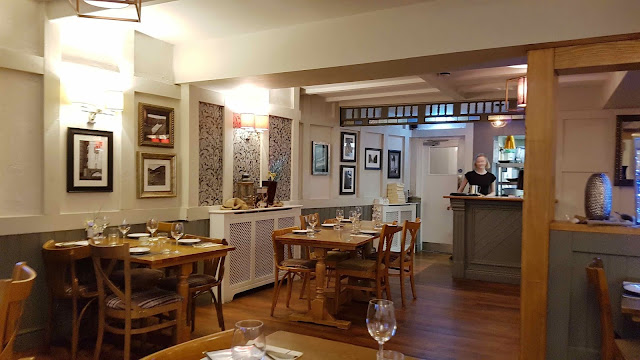 Two menus are available in the evening, a bar menu with high-end pub grub and an a la carte with more bistro style food. We went for the latter. 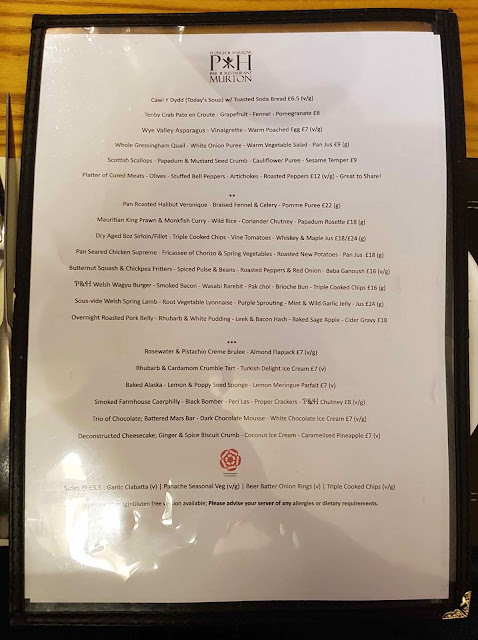 The meal kicked off in very fine form. Thick tranches of warm and soft soda bread were accompanied by soft and salty Netherend Farm butter, pretty much the Rolls-Royce of the dairy world. 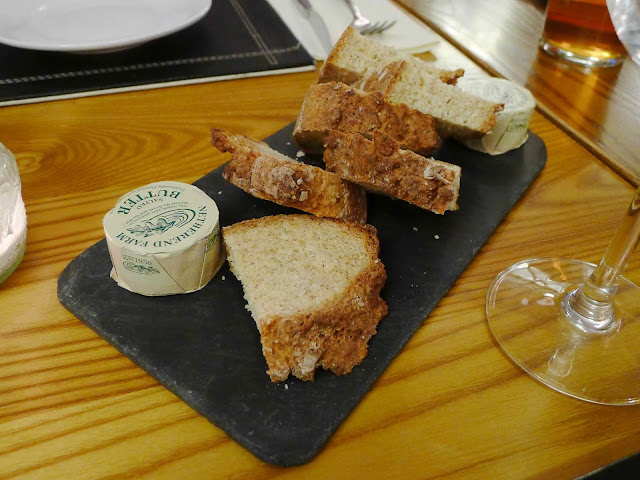 Soup of the day (£6.50), a mix of courgette, dill and fennel was well-seasoned, well-herbed and a little bit different to the norm. It was accompanied by more of that excellent soda bread. 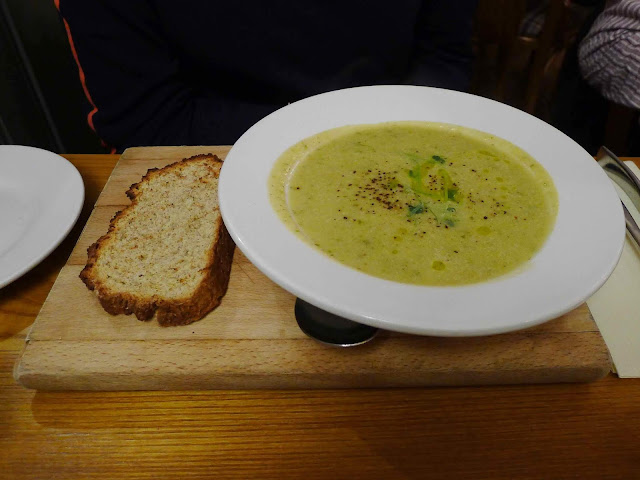 Tenby crab pate en croute (£8) was inexplicably lacking its pastry exterior, one of the key selling points of the dish. Instead, a smooth crab pate with a good hit of brown meat was served on a trio of croutons which could have been a fair bit crisper. Sweet pickled fennel slices provided a lovely acidic note but intensely flavoured grapefruit and pearls of pomegranate were two ingredients too many.

There was a big thumbs up from a friend for their whole Gressingham quail (£9). Crisp of skin and tender of flesh it was joined by a sweet white onion puree, glossy meat sauce and a nice mix of green vegetables. 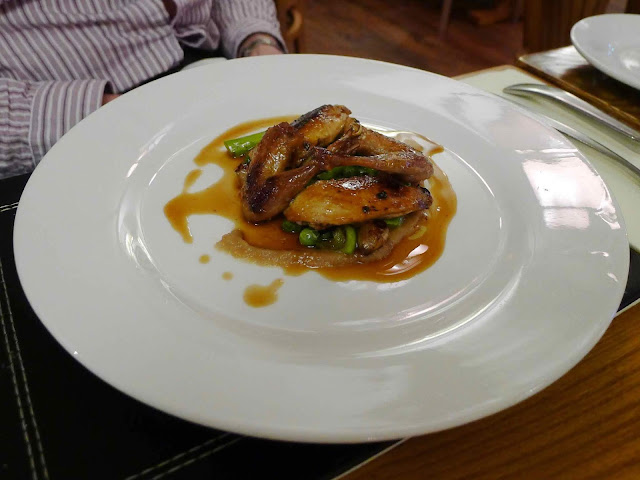 Onto mains and Mrs G loved her Welsh Wagyu burger (£16). 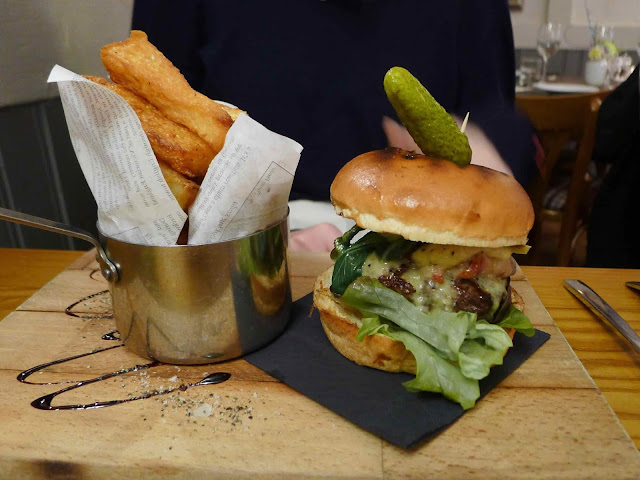 The medium-cooked, big-flavoured and juicy patty was served with thick cut smoky bacon, a punchy and oozy wasabi rarebit, wilted pak choi and a toasted brioche bun. Accompanying triple cooked chips didn’t have the extreme crispness I’d usually associate with this variety but they were still nicely golden and crisp. 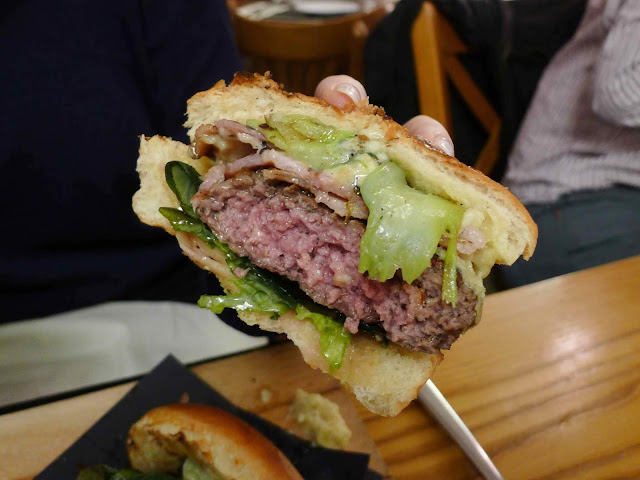 A friend enjoyed her mildly spiced Mauritian curry (£18) loaded with sweet prawns and served with wild rice and a punchy and aromatic coriander chutney. But a pair of generous fillets of monkfish, whilst tasty, were deep fried rather than cooked in a more delicate manner. 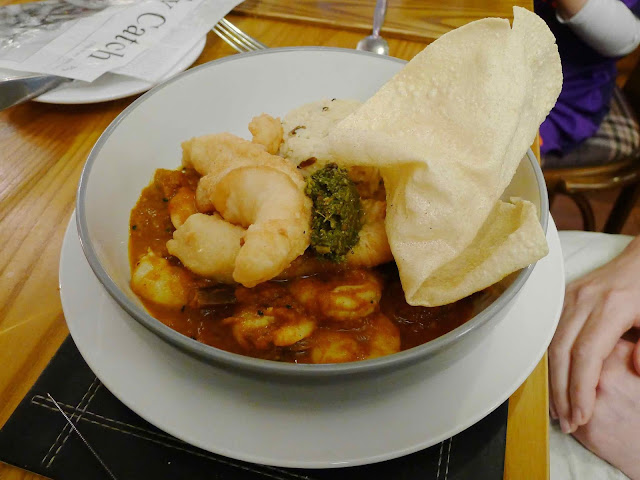 The third main was a letdown. Overnight pork belly (£18) was essentially a pleasant roast dinner. A pair of slices of tender pork were light on meat and consisted mostly of a nicely seasoned stuffing made from white pudding and rhubarb (although the fruit was barely perceptible).

Crackling was lacking apart from in a couple of small places and the other accompaniments were okay - leek and bacon hash was more like a robust, coarse mashed potato whilst a whopping baked apple was still quite firm. 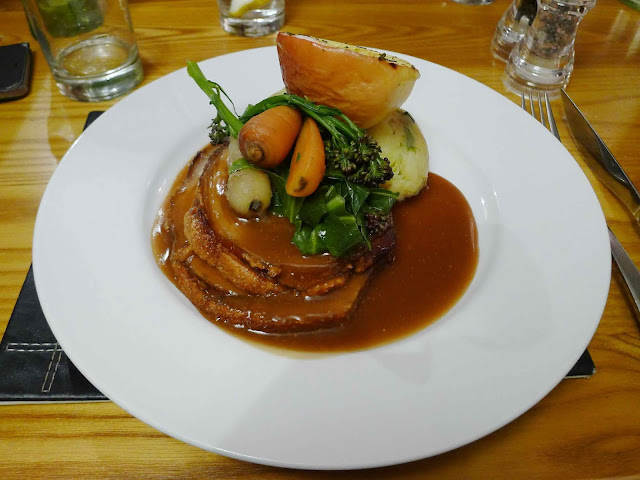 A tower of beer battered onion rings (£3.50) were golden and crisp with a soft sweet interior. 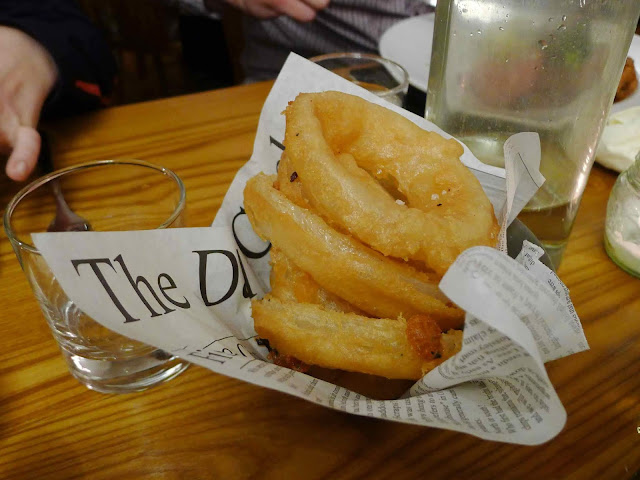 Desserts were both good.

A thick and creamy creme brûlée (£7) studded with pistachios impressively arrived at the table mid-brûlée. It was joined by a tasty slice of almond flapjack. 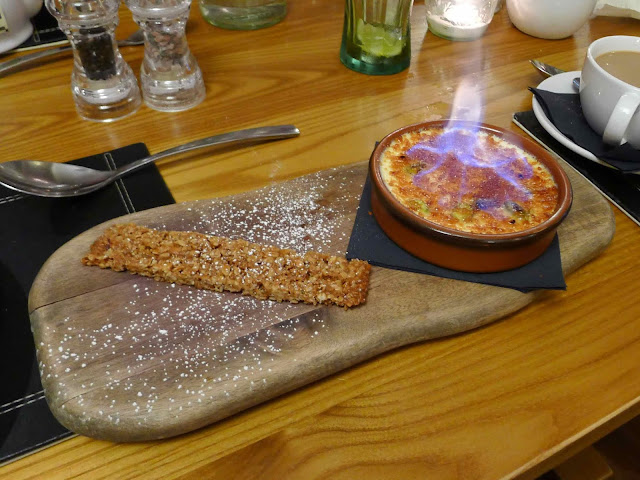 A crisp tart (£7) loaded with fragrant and tangy rhubarb was topped with a golden crumble spiced with cardamon and joined by a thick and creamy scoop of Turkish Delight ice cream. The spicing of this dish divided opinion - I felt the intense fragrance of cardamom and rose water detracted from the first rate fruit. Others thought it worked well. 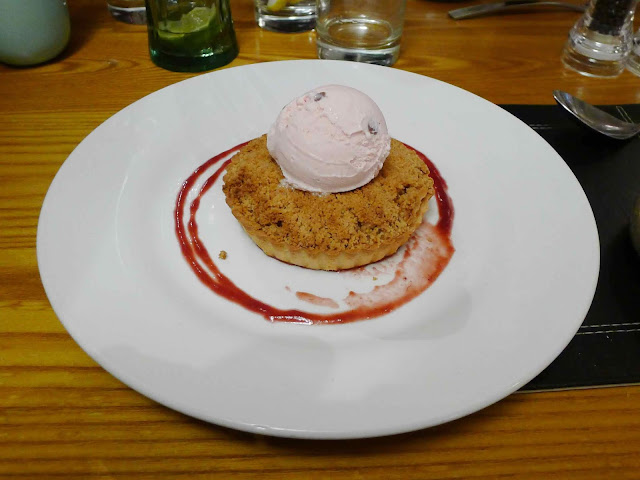 Overall, we had a mixed dinner at the Plough and Harrow. Whilst most of the food was lovely (and Mrs G had a delicious meal), I was a bit disappointed by my choices.