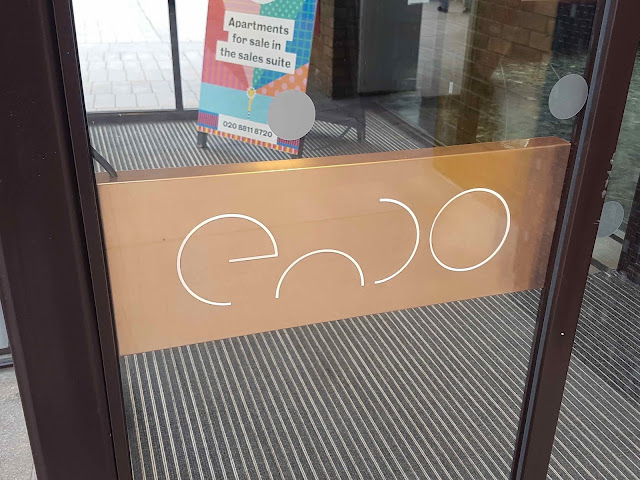 It’s rather fitting that Endo at the Rotunda is located on the top floor of the former BBC Television Centre in White City as watching the kitchen team at work in this Michelin-starred Japanese restaurant is as compelling entertainment as the latest TV boxset. 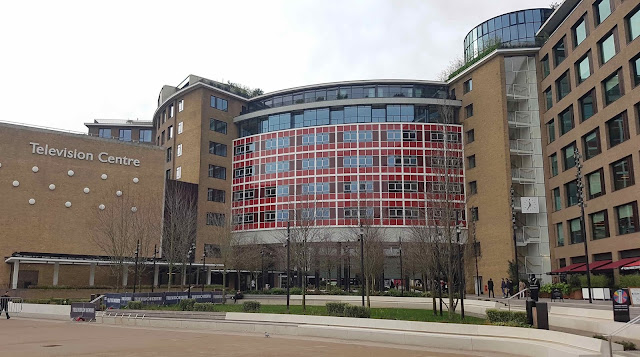 A procession of different chefs served us an 11 course omakase set lunch (£60) accompanied by passionate explanations about the provenance and preparation of their ingredients and masterful displays of sushi sleight of hand. 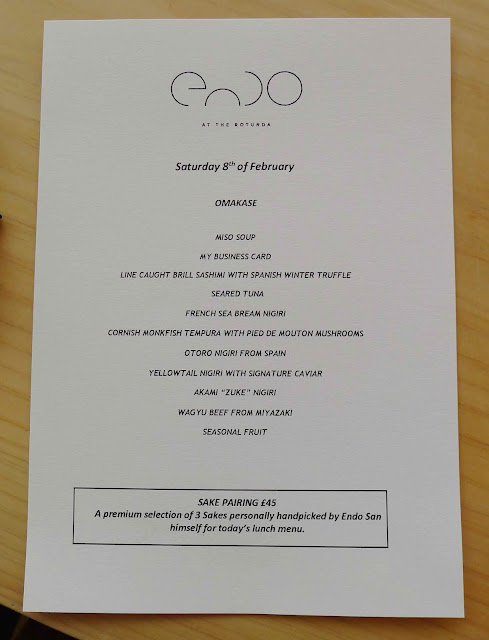 Greeted by a host at the TV centre’s former reception, we were whisked up in an elevator to the top floor into a cloud-like dining room with views towards central London. With only twelve covers and all the seats directly facing the kitchen, it's very much a chef’s table experience. 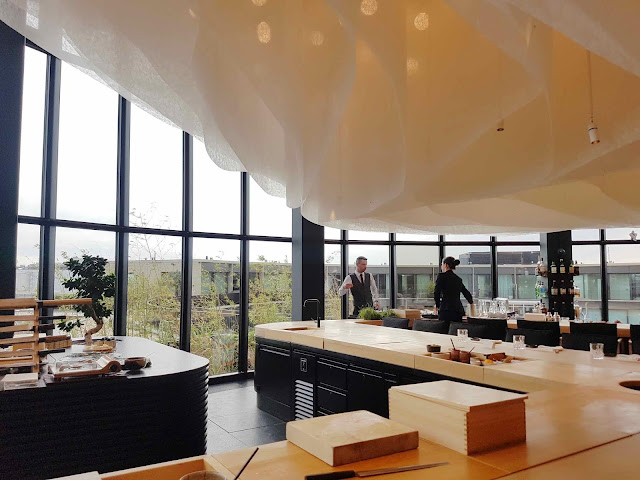 I don't have a frame of reference when it comes to high end sushi but I was seriously impressed by the freshness and texture of the fish, the perfectly seasoned body temperature rice, the judicious amount of freshly grated wasabi and the small brush of a sweet umami-rich glaze.

A bowl of miso soup, dotted with enoki mushrooms, had a delicious depth of flavour. 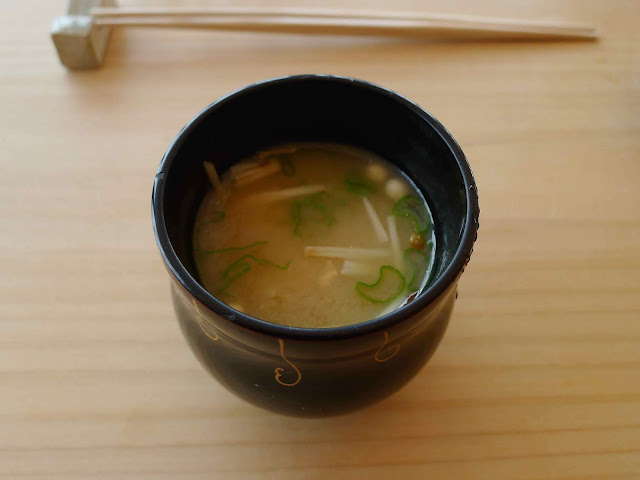 Delicately fiery pickled ginger was to be used as a palate cleanser between courses rather than to accompany the sushi. It certainly did the job. 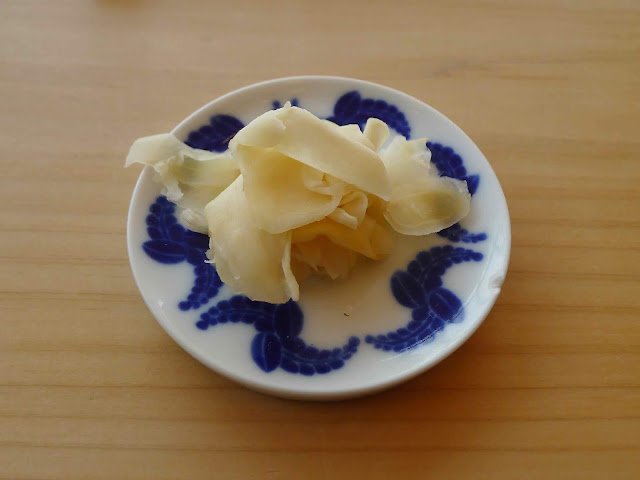 Next up was Endo's business card, his signature dish. A crisp nori taco was loaded with diced raw tuna impeccably seasoned with soy, wasabi and onion. 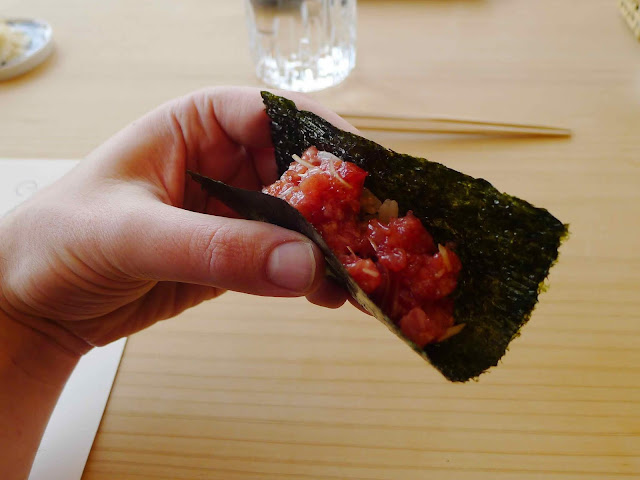 Line-caught brill sashimi had been lightly salted to remove some of the water and give it a meatier texture. It was dressed with the funk of winter truffle and citrus lift of yuzu and accompanied by a dainty salad of beets and leaves. 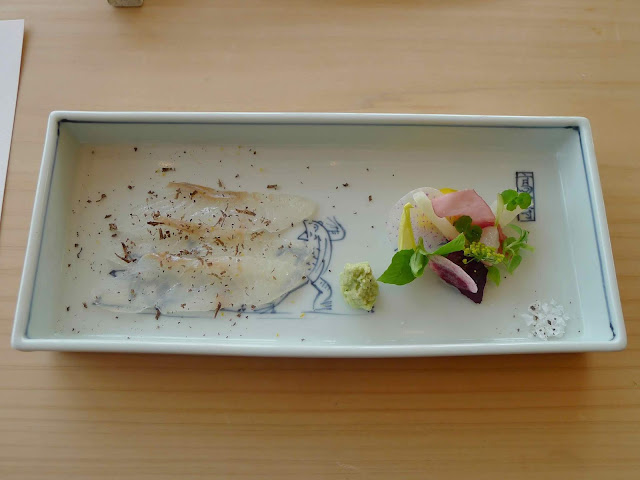 Lightly-seared medium-fatty tuna nigiri, sourced from a trusted supplier in Spain, was as fine a piece of tuna as I've ever eaten. A theme will begin to emerge as I fail to provide differing descriptions for bits of fish and rice. 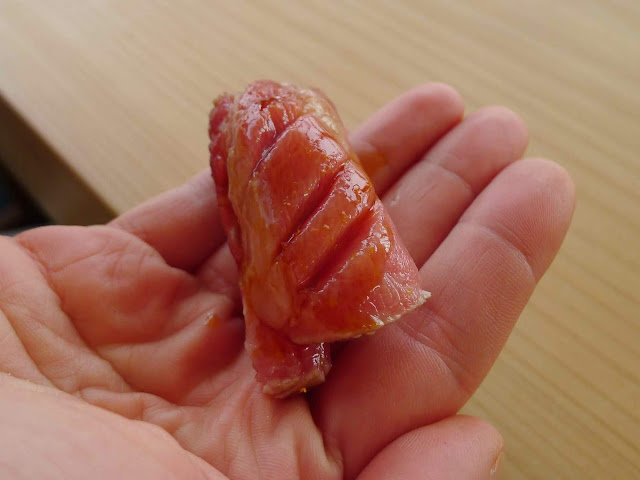 Next up was French sea bream nigiri. Such is the ridiculous attention to detail that Endo imports water from Japan due to the flavour it imparts on the sushi rice. 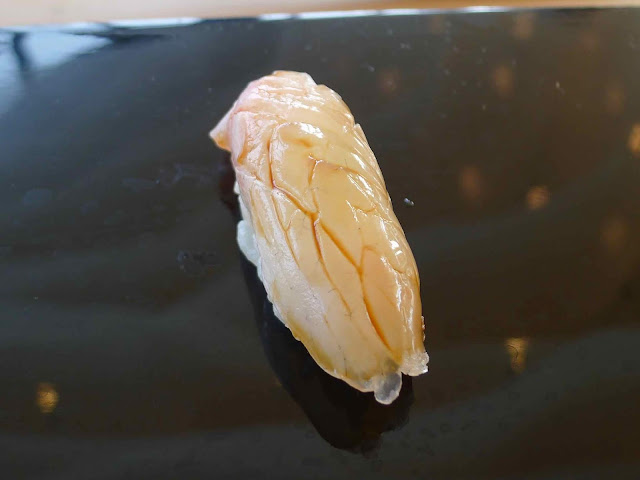 Cornish monkfish tempura was juicy and dressed in the lightest and crunchiest of batters. A bonus battered pied de mouton mushroom was meaty as heck too. They both sat in a light, savoury and slightly sweet dipping sauce. After we finished, we were encouraged to pick the bowl up and drink; I gladly obliged. 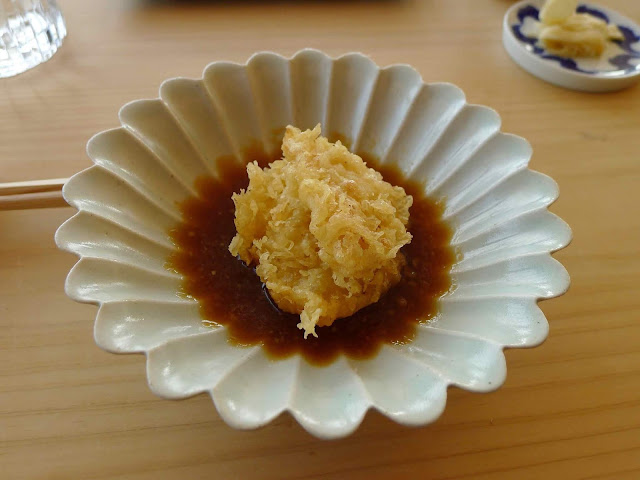 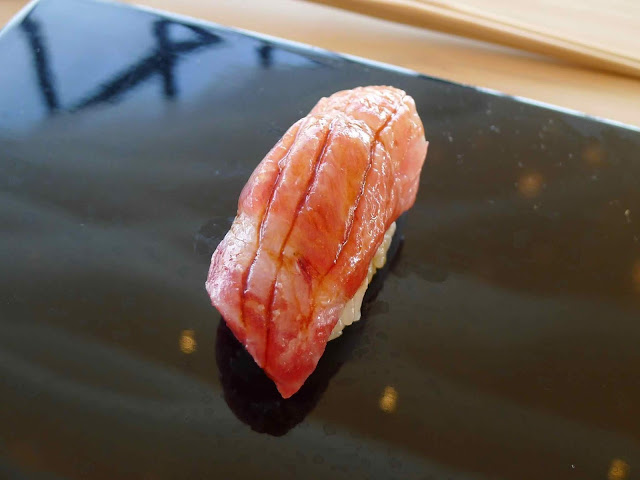 Yellowtail, a first for me, was topped with a blob of briny caviar. 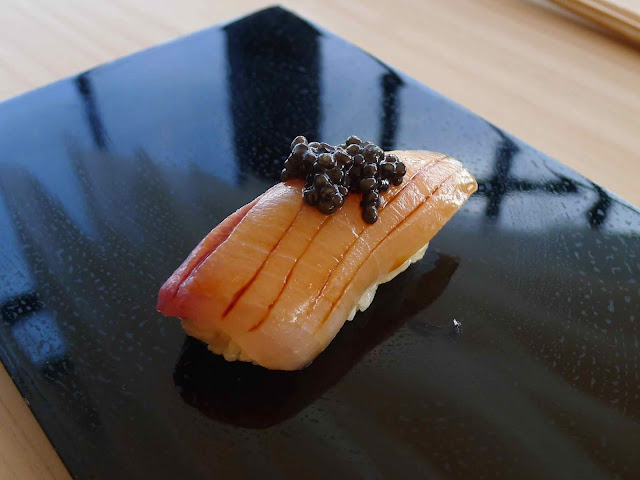 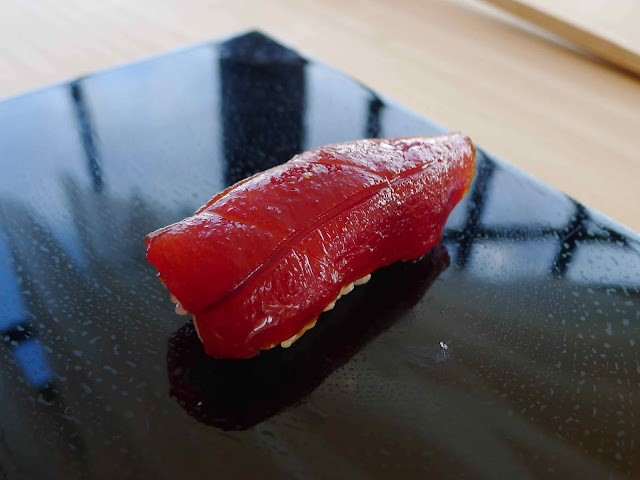 Finally, uber beefy, ridiculously tender and well crusted A4 grade wagyu was served with a vivid sauce of sancho pepper, wasabi and miso (a Japanese take on peppercorn sauce) and accompanied by baked celeriac and carrot. 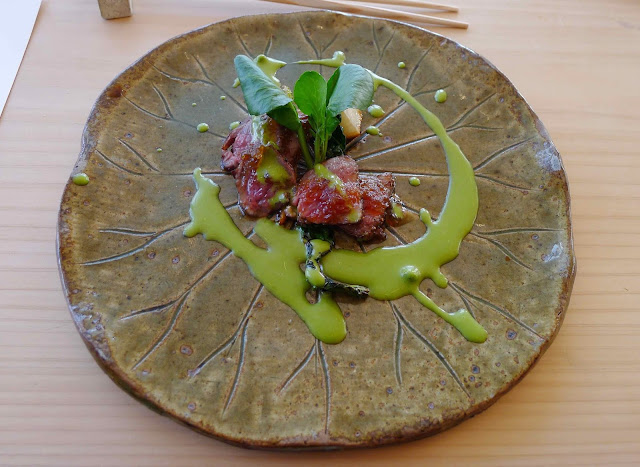 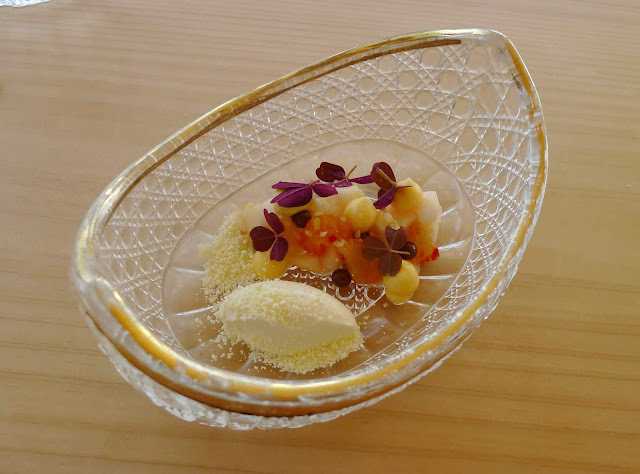 We had an absolutely belting lunch at Endo at the Rodunda. 60 quid a head for front row seats at one of the hottest shows in town seems like a good deal to me.