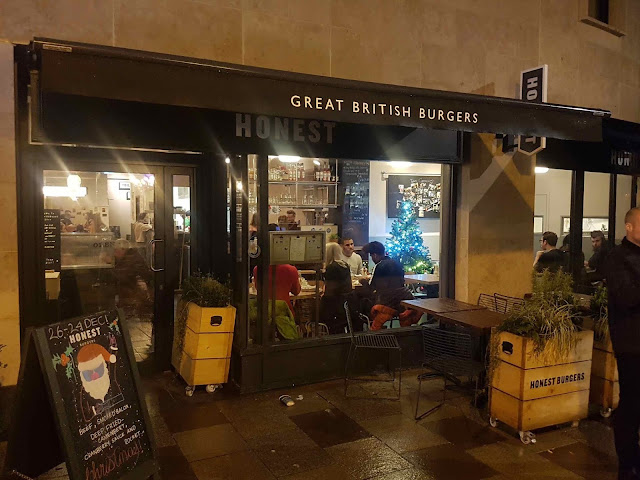 You don’t see many chain restaurants on this blog.

It’s not that I don’t have a soft spot for a McMuffin, a Greggs sausage roll or a KFC bargain bucket.

But, these guys don’t need the publicity when they already get wall to wall coverage from Wales’s mainstream media.

And, it’s not really that interesting writing about restaurants which you can visit in any other city up and down the UK.

But, I don't mind featuring Honest Burgers, because I enjoyed it so much. 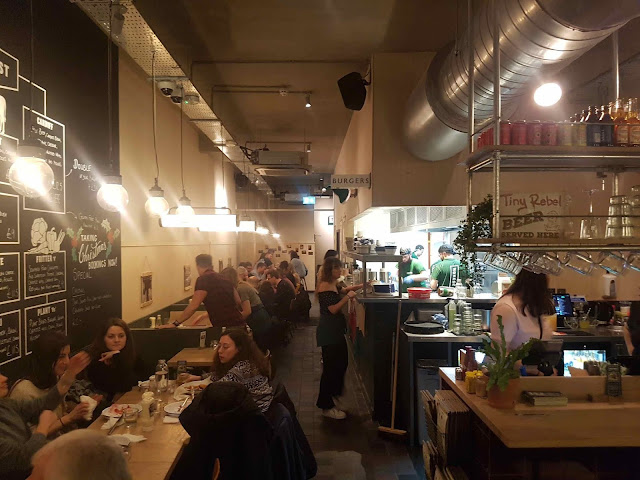 With 36 branches across the UK, this chain has grown a heck of a lot since opening its original branch in Brixton Village in 2011. They’ve also received backing from venture capitalists Active Partners who’ve put dollar into other interesting brands such as Finisterre, Chick N Sours and Northern Monk.

Honest’s ethos very much focuses on quality and local produce; their chips are made in-house daily and they’ve made a point of sourcing local craft beers in each of their restaurants from Gipsy Hill in London to Moor and Good Chemistry in Bristol. 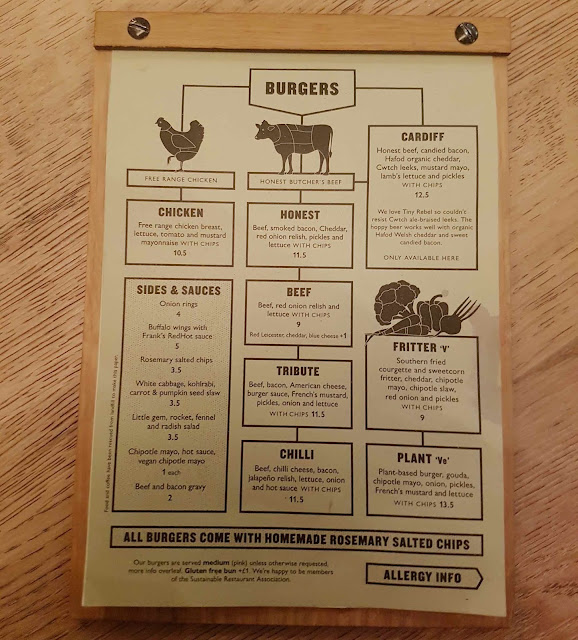 Tiny Rebel Church Street Pale Ale (£5), brewed especially for Honest Burger, was seriously sessionable. Super light and hoppy, I knocked back a pint and a half without it even touching the sides. 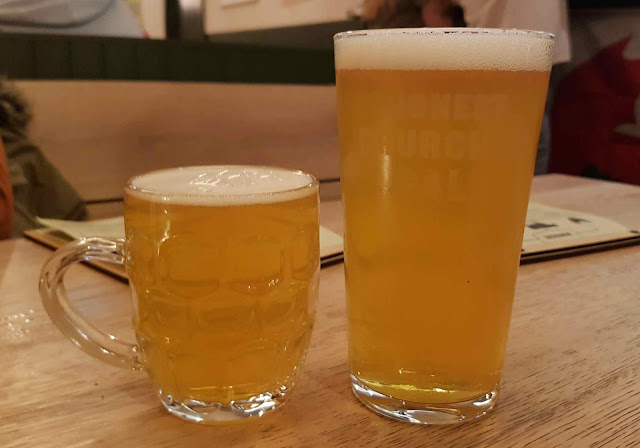 A mountainous bowl of onion rings (£4) with crisp and well-seasoned batter (cumin seeds, I think) arrived well before our mains. They made for a lovely starter. 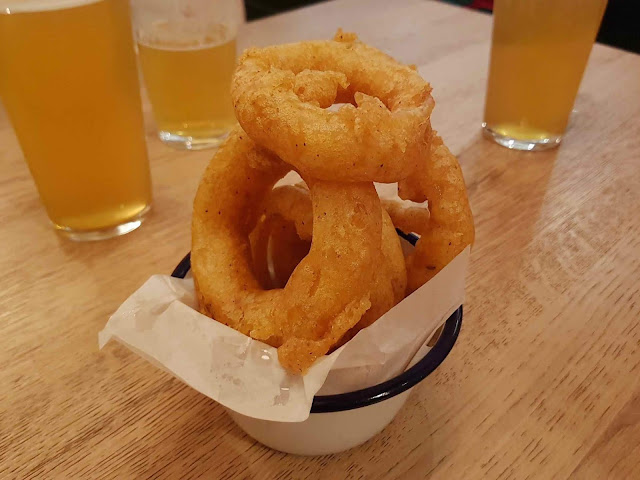 In contrast, a bowl of Buffalo wings (£5) arrived quite a bit after our mains. Tender of flesh and with a good lick of vinegary and fiery Franks red hot sauce, they were let down a little by their crumb which could have been a touch crisper. 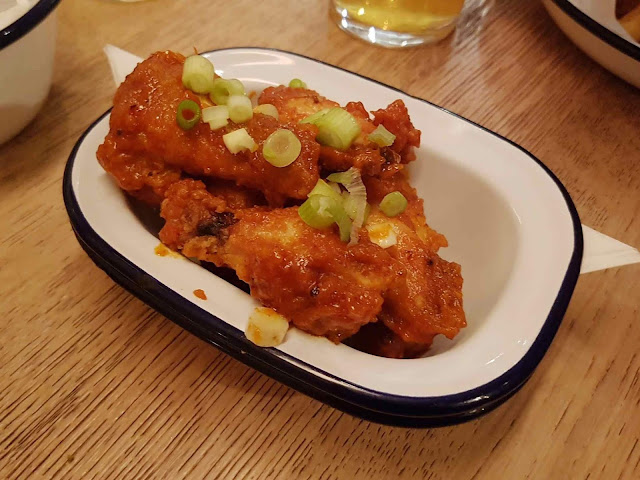 Onto mains and we all ordered beef burgers. Made using grass-fed Scottish beef that they butcher themselves, it’s worth highlighting just how good Honest’s patties are. Cooked medium as standard and made using a blend of chuck and rib cap, they’re loosely packed, coarsely chopped instead of ground, ridiculously beefy and seriously juicy. We were all very impressed. 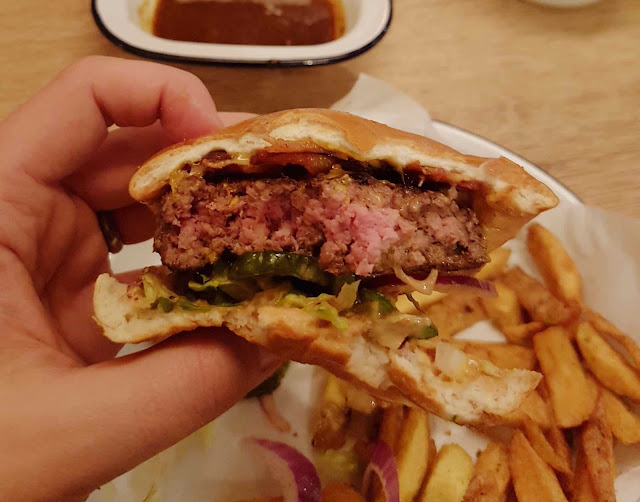 My Tribute (£11.50) saw the cracking patty topped with crisp streaky bacon, an ooze of American cheese, cleansing dill pickles, tangy burger sauce, French’s mustard and token salad. It was all tucked into a ridiculously squishy steamed bun which held together throughout. 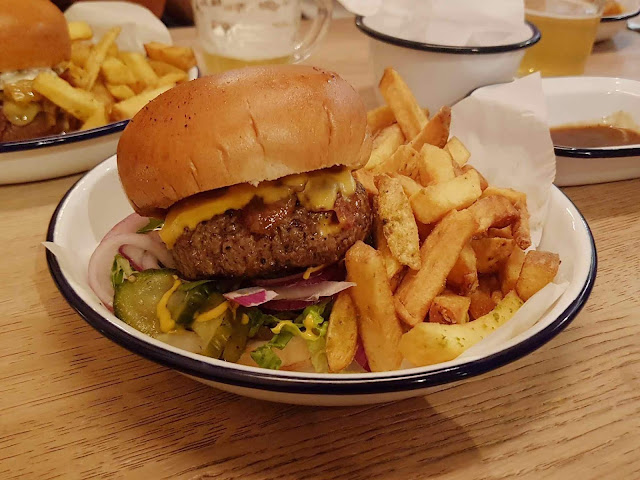 Mrs G’s Cardiff (£12.50) saw a tasty combination of nutty Hafod cheddar, crisp candied bacon, mustard mayo and soft sweet leeks cooked in Tiny Rebel Cwtch ale. She didn’t let me have a taste but reported that all of the flavours worked well whilst allowing the beef to come to the fore. 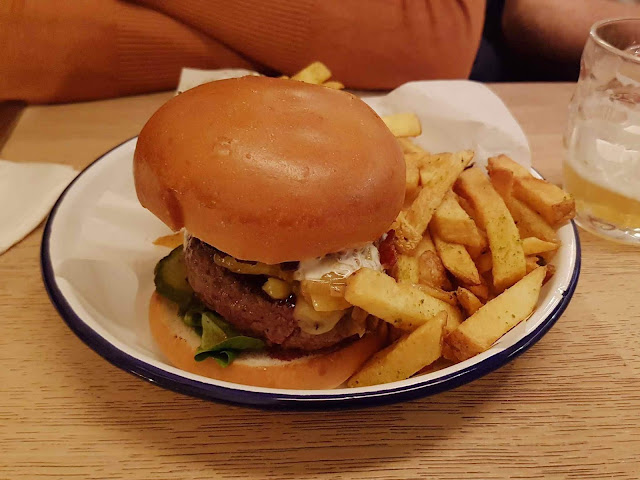 As standard, both burgers were served with rosemary fries. These chips come with the baggage of some serious hype. Golden and salty with the fragrance of rosemary, they were very good chips but not game-changing. In fact, they could have been touch crisper.

However, they were pretty awesome when dredged through a bowl of thick beef and bacon gravy (£2) which delivered on its billing of meat squared. 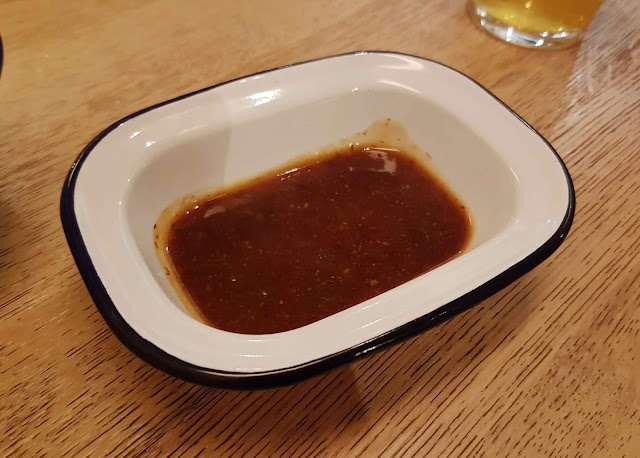 I really enjoyed Honest Burger and was seriously impressed by their patties. Alongside, Hoof and Nomad Kitchen, they’re knocking out some of the best burgers in Cardiff. They just happen to be a chain.