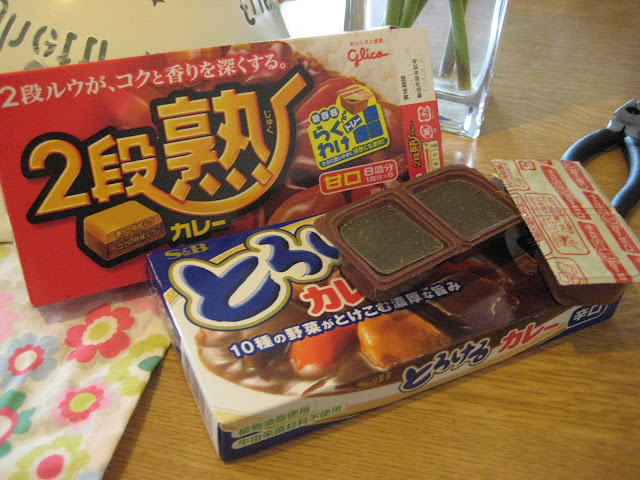 I’m a lazy cook so I tend to look for dishes which I can make using as many ingredients from the kitchen cupboard and as minimal effort as possible. Ever since a trip to Japan in 2005 I’ve been obsessed with Japanese Curry Sauce. Dotted around the streets of Tokyo are little fast food joints which specialise in serving up variations of Japanese curry; curry sauce with rice, curry sauce with breaded pork cutlet, curry sauce with udon noodles etc. The rich, fatty, spiciness of the dish provided a welcome counterpoint to the clean, healthiness of the umpteen plates of sushi and bowls of ramen which I consumed on my travels.
Thankfully, Japanese curry is a dish which I’ve been able to emulate with total ease and a vague semblance of authenticity ever since. On a biannual basis I stock up the larder with a few boxes of bricks of curry from the Japan Centre, Piccadilly Circus. According to Wikipedia (which I seem to pay far more reverence to than I really should), these instant packs of curry sauce are the most common method of consumption of this dish in Japanese homes.  It also explains that curry was first introduced to Japanese cuisine via the English (I guess this accounts for the fact it is more redolent of British chip shop curry sauce than anything resembling an authentic Indian curry.) 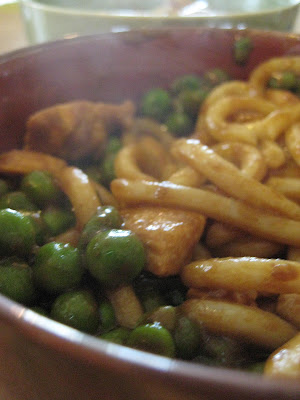 The lack of health credentials of Japanese curry are confirmed by a glance of the translated ingredients list on the back of pack; an Ezaki Glico brand sauce (9.4% market share in Japan according to Wikipedia) has a primary ingredient of beef fat whilst the S&B brand sauce (25.8% market share) cites the much villainised, trans-fat laden palm oil as the main ingredient. Other surprising ingredients include cabbage, hydrolysed protein from sardine & bonito, pumpkin, spinach & Japanese mountain yam.
Preparation of Japanese curry is a remarkably simple process; half a brick of sauce for 2, a glug of boiling water, and er that’s it really. Serve it with a breaded chicken fillet and rice for katsu curry or with some fried chicken, frozen peas and udon noodles for a curry udon. 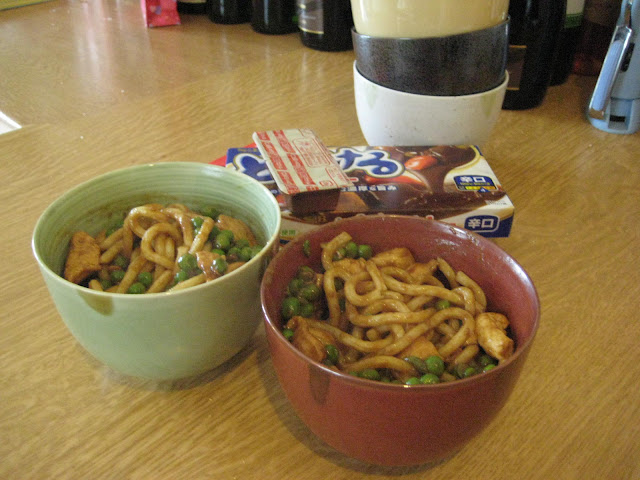