I like to think I’ve got a pretty good knowledge of Michelin starred chefs and restaurants in the UK.  In fact if you asked me to choose a specialist subject on Mastermind, this would probably be it. Clearly I’d win the wooden spoon. For my glaring lack of knowledge is evinced by the fact I didn’t know Roger Jones and his restaurant The Harrow at Little Bedwyn in Wiltshire existed until I heard he was to be the next guest chef at Ffresh at the Millennium Centre.

It’s not like he’s just gained his first Michelin star either. Roger Jones has held a Michelin star for 6 years and has won the prestigious accolade of AA restaurant of the year 2011. If I genuinely knew anything about top chefs in the UK then this Lampeter born legend is someone I should have heard of. Perhaps it's because he hasn’t courted the attention of the media? A man of few words, Chef Jones spoke only briefly to explain the Welsh provenance of the ingredients he would be using in the meal.

As I've come to expect from Ffresh guest chef nights, this was an evening of top quality food and equally good wine. In the same format as previous events, £49 buys you 4 courses of food with matching wines. Wines were by supplied Justerini & Brooks and were on the nail. Standouts included a beautifully delicate Ancre Hill Brut bubbly matched with the canapés and a floral Palliser Estate Riesling accompanying the fish course.

Smoked eel, bacon dust and pistachio - Firm yet moist smoky fish complemented perfectly by teriyaki dipping sauce and a background note of bacon. The pistachio was lost on my palette but did look rather pretty. 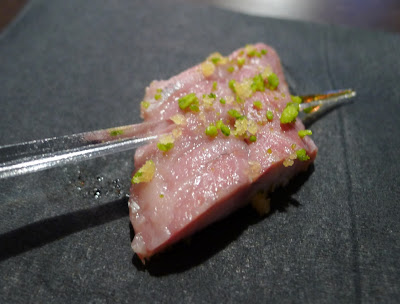 Welsh rarebit –The best welsh rarebit I’ve ever eaten. I polished off 5 of them. Cheesy pillows of awesomeness. A heavy hit of umami came from a good glug of Worcestershire sauce. 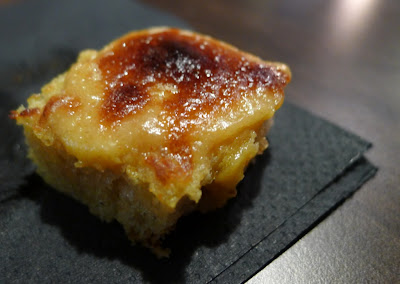 Scallop, banana and basil wantons - Feathery light, crisp wanton cases filled with fragrantly seasoned scallops with a hint of banana sweetness. It really worked but I’d have like the wanton to have been filled to the brim with scallops rather than the slightly meagre portion. 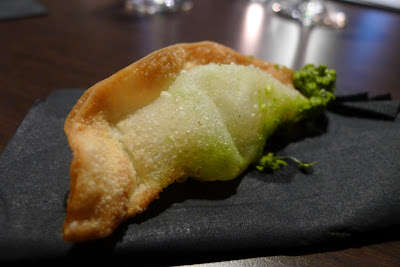 And then through to the restaurant for the meal proper.....

Pembrokeshire lobster fish finger – So long Captain Birdseye. This is the finest thing going by the name of a fish finger that has ever graced my palette. Moist, sweet lobster meat enrobed in a light batter. It was complemented perfectly by a smattering of tomberries and a pepper ketchup with some heat coming from a dash of smoked paprika. I often question the merits of lobster in comparison to its more flavoursome crustacean cousin the crab. However the Little Haven caught lobster truly won me over. 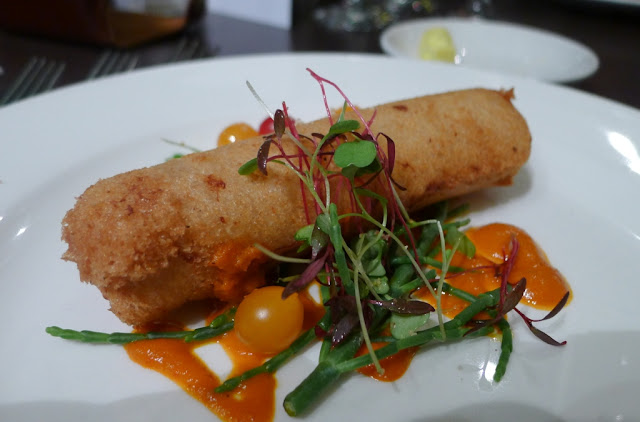 Caramelised belly pork with chilli squid - Both the squid and lobster were cooked to perfection; a delicately crisp exterior with a soft interior. However, the dish lacked a little punch for me. I would have liked a bit more of a chilli-kick from the squid and a larger smear of the aromatic, spicy sauce. 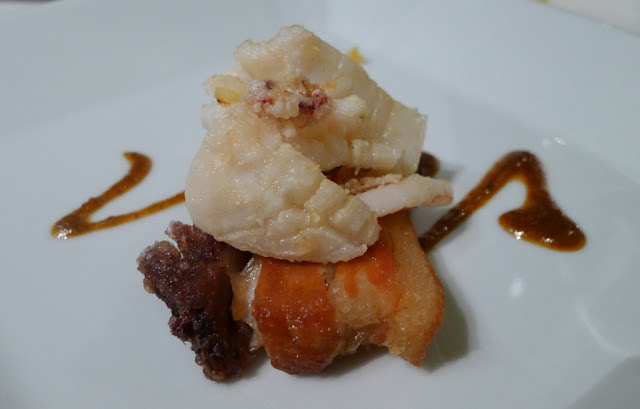 Welsh Mountain lamb with faggots and truffles - Utterly delicious but the lowlight of the evening in my opinion. The lamb was skilfully cooked but lacked a little on the flavour front and wasn’t the most tender. Equally the buttery truffle sauce was a little too subtle. Perhaps this may have been due to the powerfully flavoured faggot which rather overwhelmed everything with the taste of liver. 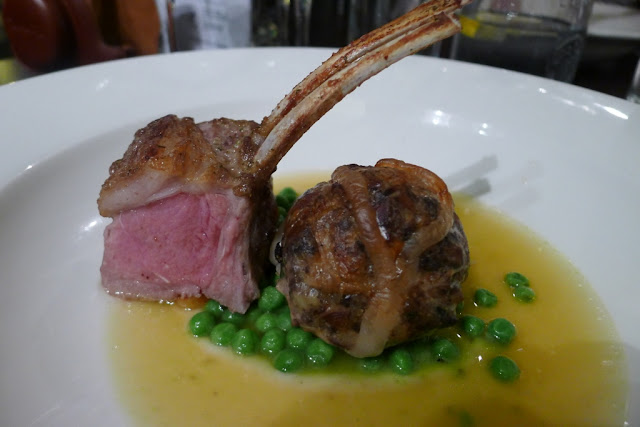 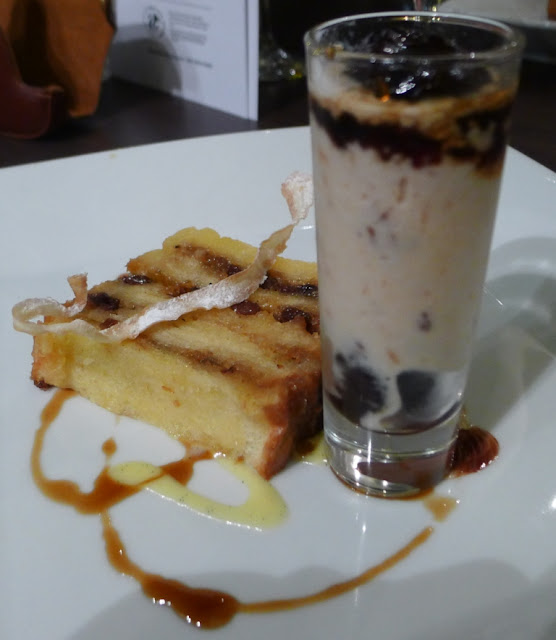 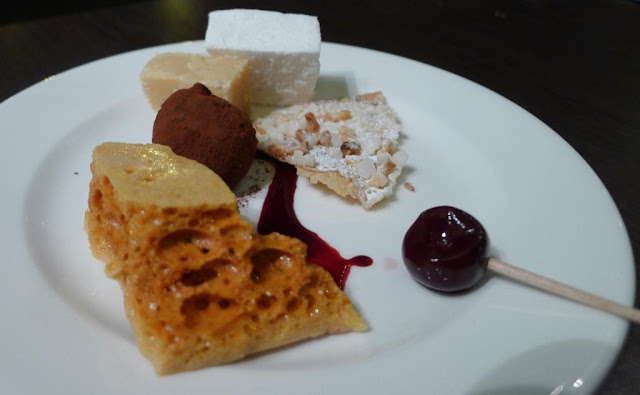 All in all then it was another staggeringly good Ffresh guest chef night. I’d put it in second place behind Bryan Webb whilst ahead of Bryn Williams in third.

If you’re interested in the next guest chef night at Ffresh it would be worth getting in contact with them. This is certainly the best value fine dining that I’ve ever experienced in Cardiff.

I was invited as a guest of Ffresh.