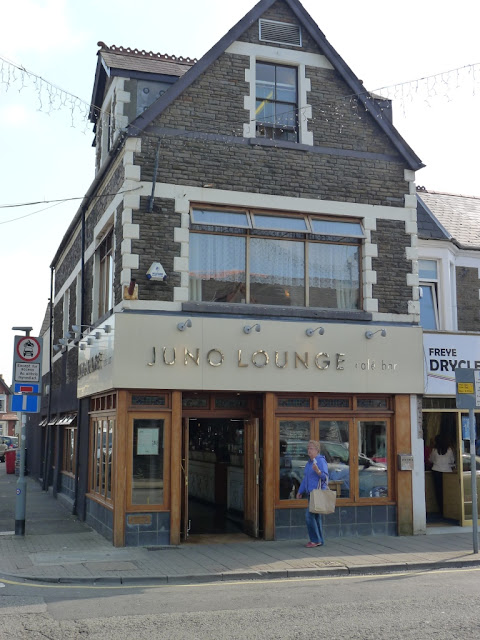 With a couple of days of freedom before starting my new job, I was in the mood for a leisurely lunch spent flicking through the papers. As far as watering holes go, I like the airy and eclectic feel of the Loungers group (21 UK outposts including Juno Lounge –Roath, Fino Lounge – Whitchurch and Ocho  Lounch – Penarth). However, at £3.40 for a pint of Beck’s and having been served a number of average yet pleasant meals on previous visits, they haven’t entirely won me over. 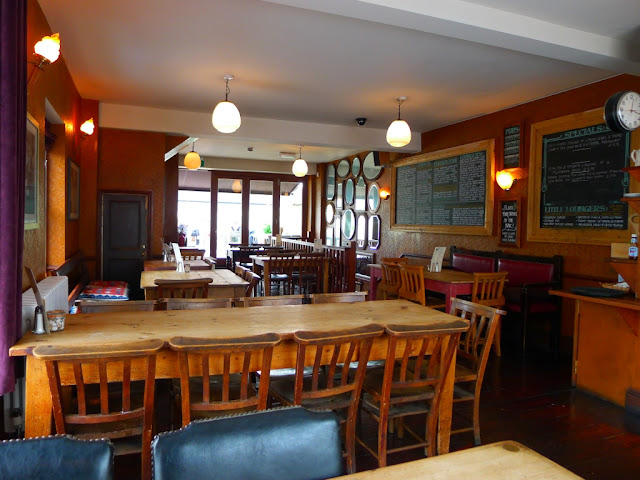 The Burger – 6oz Hamburger (served pink – according to the menu)

1. How was the patty? The reason I’d ordered the 6oz hamburger instead of the 8oz prime English beef burger (£8.50) was because unlike its larger sibling, it was advertised as being served pink. Sadly, it looked very much brown and as a result, the well seasoned patty was disappointingly dry. 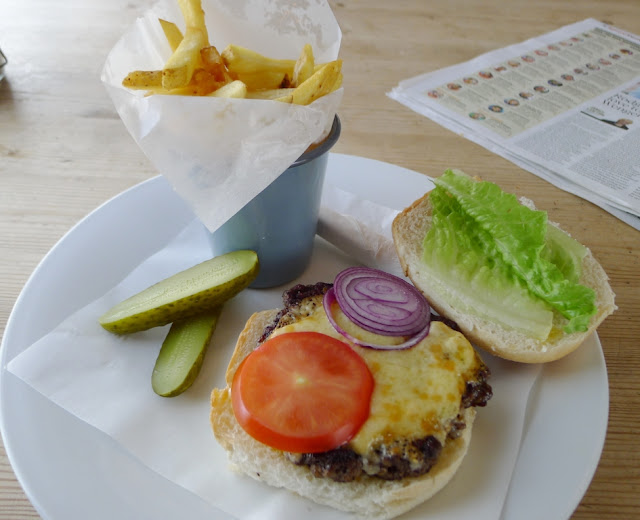 2. How was the bun? A generic floured white bap. A bit like the kind of thing you serve at a family barbeque.

3. How was the other stuff in the bun? Unassuming melted cheddar restored some moisture to the burger, whilst a couple of leaves of iceberg and slices of tomato and red onion added to its slightly homemade looking appearance. A handy toolbox of condiments included ketchup and mayonnaise. Lastly, a halved Gherkin tasted uncannily similar to a jar of Mrs Ellswood’s I’ve got lurking in the fridge. 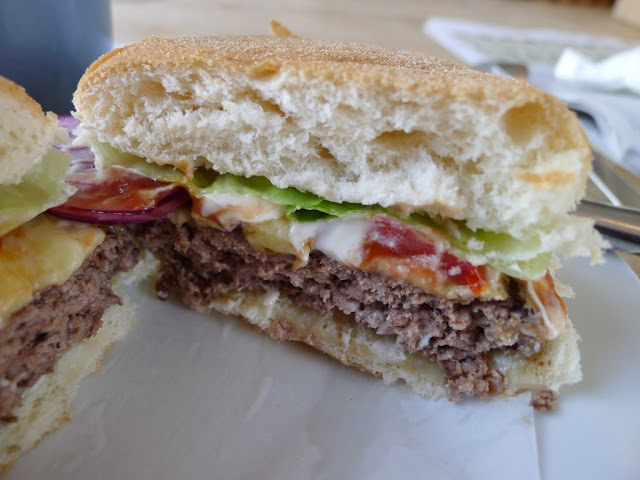 4. How were the fries? Good French fries; crisp and salty, they were the strongest element of the dish. 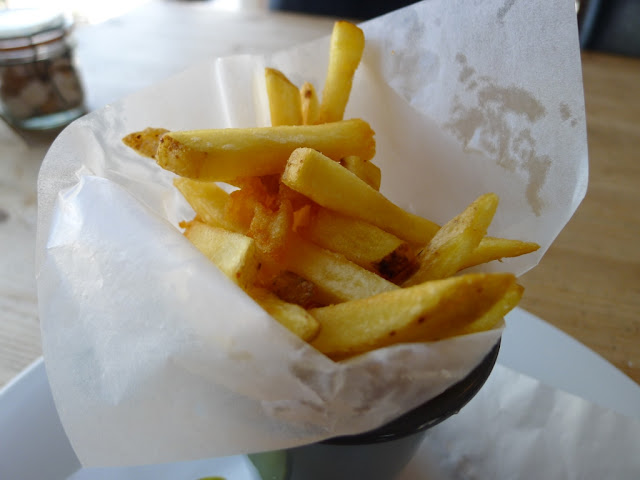 6. How was the service? Friendly

7. So what's the verdict? Disappointingly mediocre but miraculously still better than Wellfield Road’s other burger offering…..