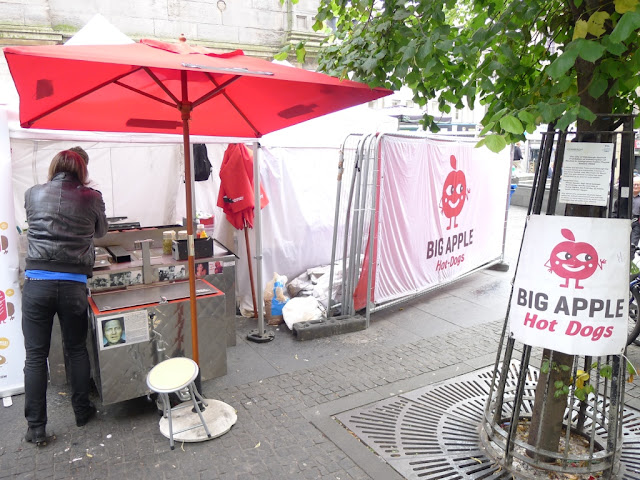 When I heard that heavyweights of the London street food scene, Big Apple Hot Dogs, were putting in an appearance at Edinburgh festival, it became my top priority to track them down. Out the window went plans to source the must have tickets to see Waiting for Godot meets Glee with a sprinkling of Alien 3. Now, it was all about the meat.

Having finally got hold of Big Apple on twitter, they revealed their hallowed hot dog stand was located bang in the centre of the Royal Mile. Boom.

One full Scottish breakfast and a leisurely stroll later, I was ready for an early lunch…… 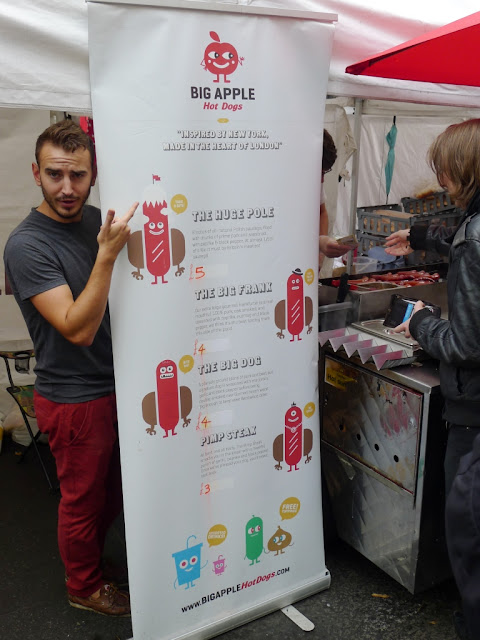 After a torturous decision making process, I plumped for Big Apple’s signature dog, The Big Dog (£4).
Over the years, I’ve eaten many a canned dog, rotisserie cinema dog and vac packed Herta dog and I’m pleased to say Big Apple’s effort puts them to all shame. They’re even superior to most I’ve sampled from the ubiquitous NYC street-side hotdog seller (are they meant to be good good or bad good?) 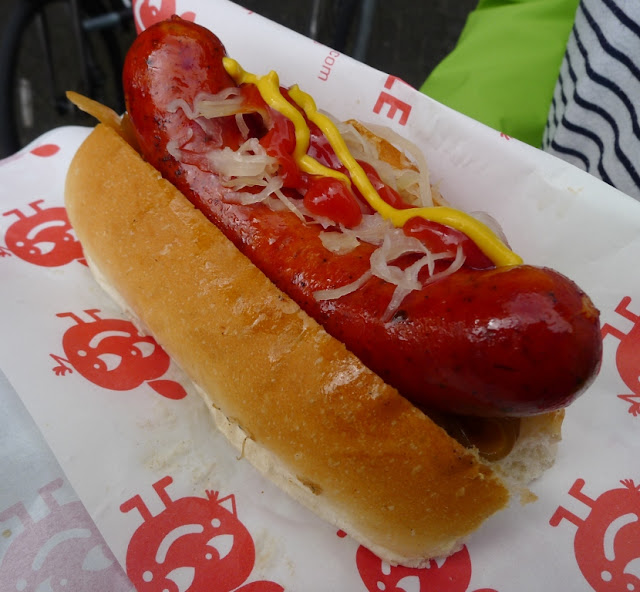 A coarse ground blend of beef and pork, heady with herbs and smoke was enrobed in a snap-tastic casing. Meanwhile, a soft bun, liberal squeezes of Heinz ketchup and French’s Mustard, caramelised onions and a generous pile of cleansing sauerkraut finished the job nicely. 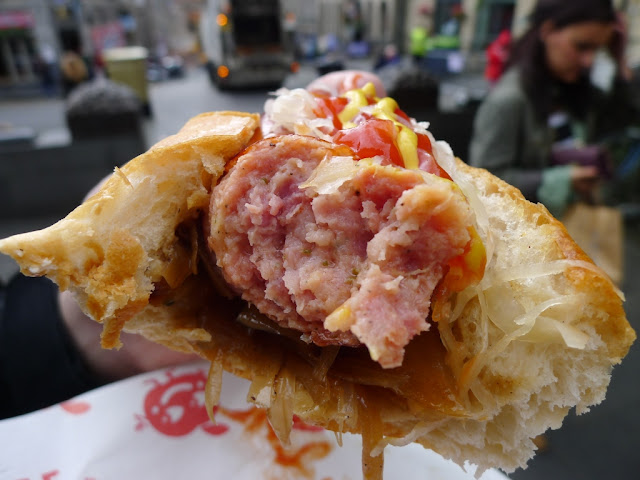 I could happily have worked my way through the whole menu. Unfortunately, with a seven course dinner lined up later in the day, I thought it sensible to show an uncharacteristic degree of restraint. 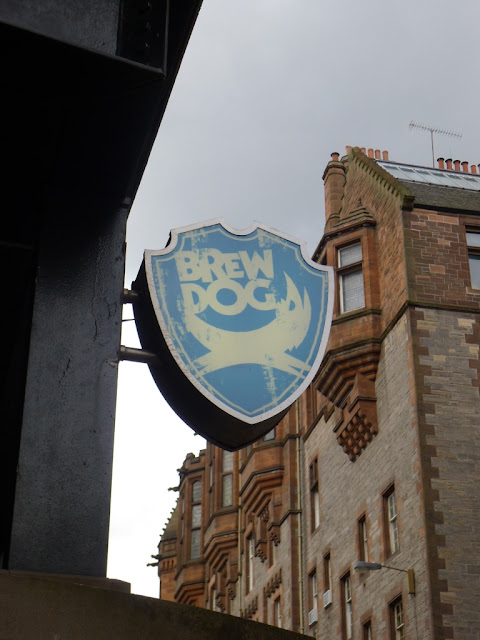 With an hour to kill before our show began, we went for a post-lunch drink at the Edinburgh outpost of Scottish craft beer maker BrewDog. After years of exposure to their mould-breaking branding and headline-grabbing super-strength special brews, it would have been rude not to pop in for a quick half (or two). 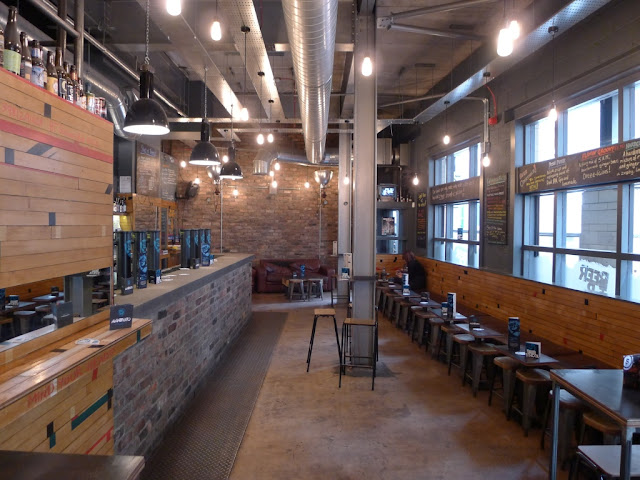 I sampled the 5.a.m Saint (a smoky amber ale) and Punk IPA, whilst Mrs G ordered a Dead Pony Club (a fruity ale). Served chilled, these refreshing yet complex brews were a refreshing change to my usual generic pint of lager. As someone with next to no clue about real ale, it’s admirable that companies like BrewDog and Newport based Tiny Rebel are generating interest in real ale amongst mainstream younger crowds. 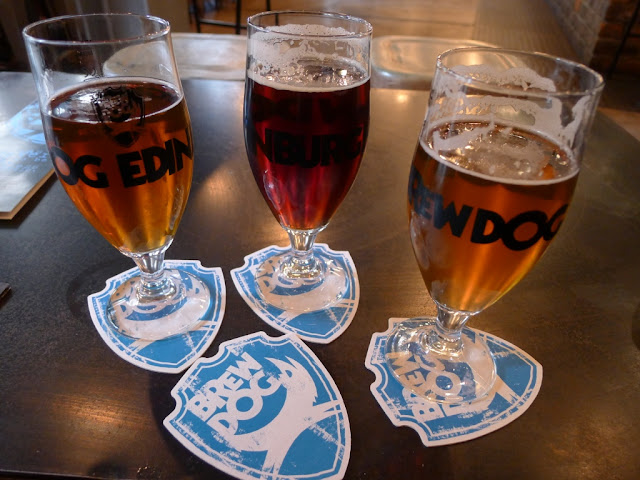