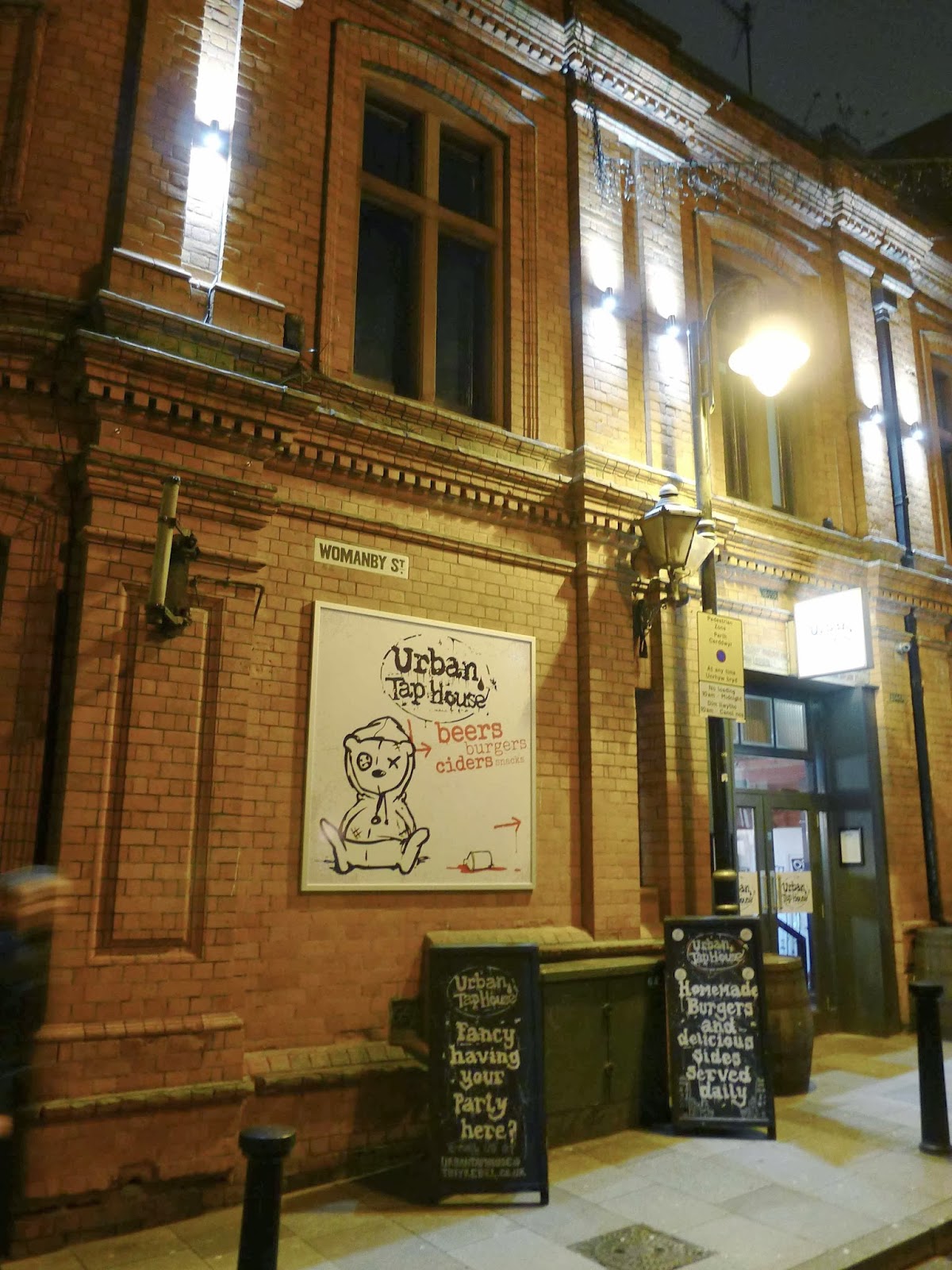 Urban Tap House is a belter of a boozer.

Tiny Rebel, the multi award-winning, edgy, Newport based craft brewers have done a hell of a job at transforming the former Fire Island on Westgate Street, which closed under a cloud of controversy.

Whilst they’ve retained the pared back, urban feel - there’s plenty of exposed brickwork, gig posters, metal ducts, and graffiti - into the mix, they’ve thrown a colossal range of craft beers, ales and ciders.

There's a rotating selection of over fifteen beers on tap and fridges stocked with an endless number of bottled beers from around the world. 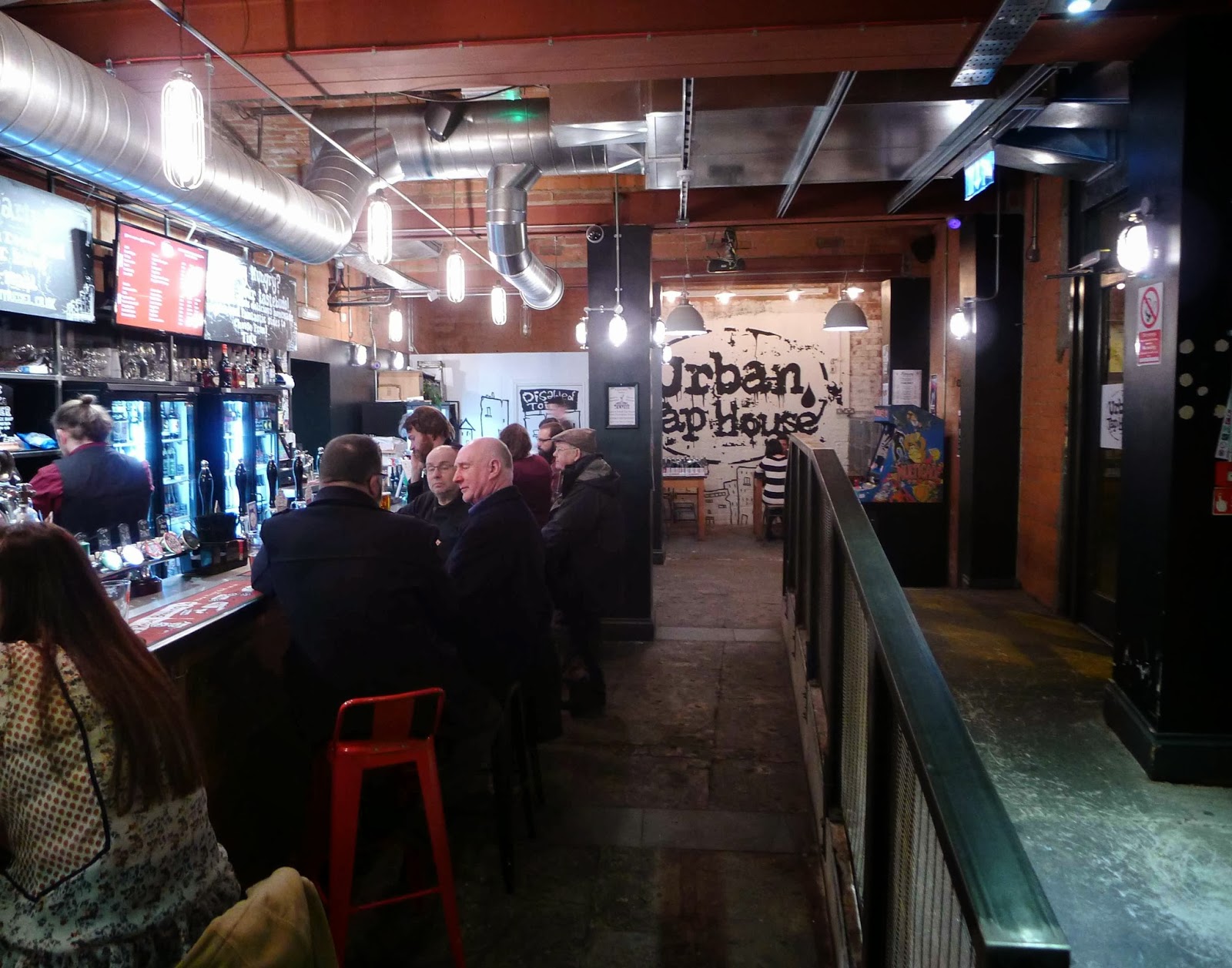 On the bar is also a cracking selection of homemade snacks.

I kicked off the evening with a bag of hop popcorn; fried in hop oil, it tasted sweet with a hoppy complexity lurking in the background. An accompanying pint of Camden Brewery’s Gentleman’s Wit, a wheat beer infused with lemon and bergamot, provided some welcome first-pint refreshment. 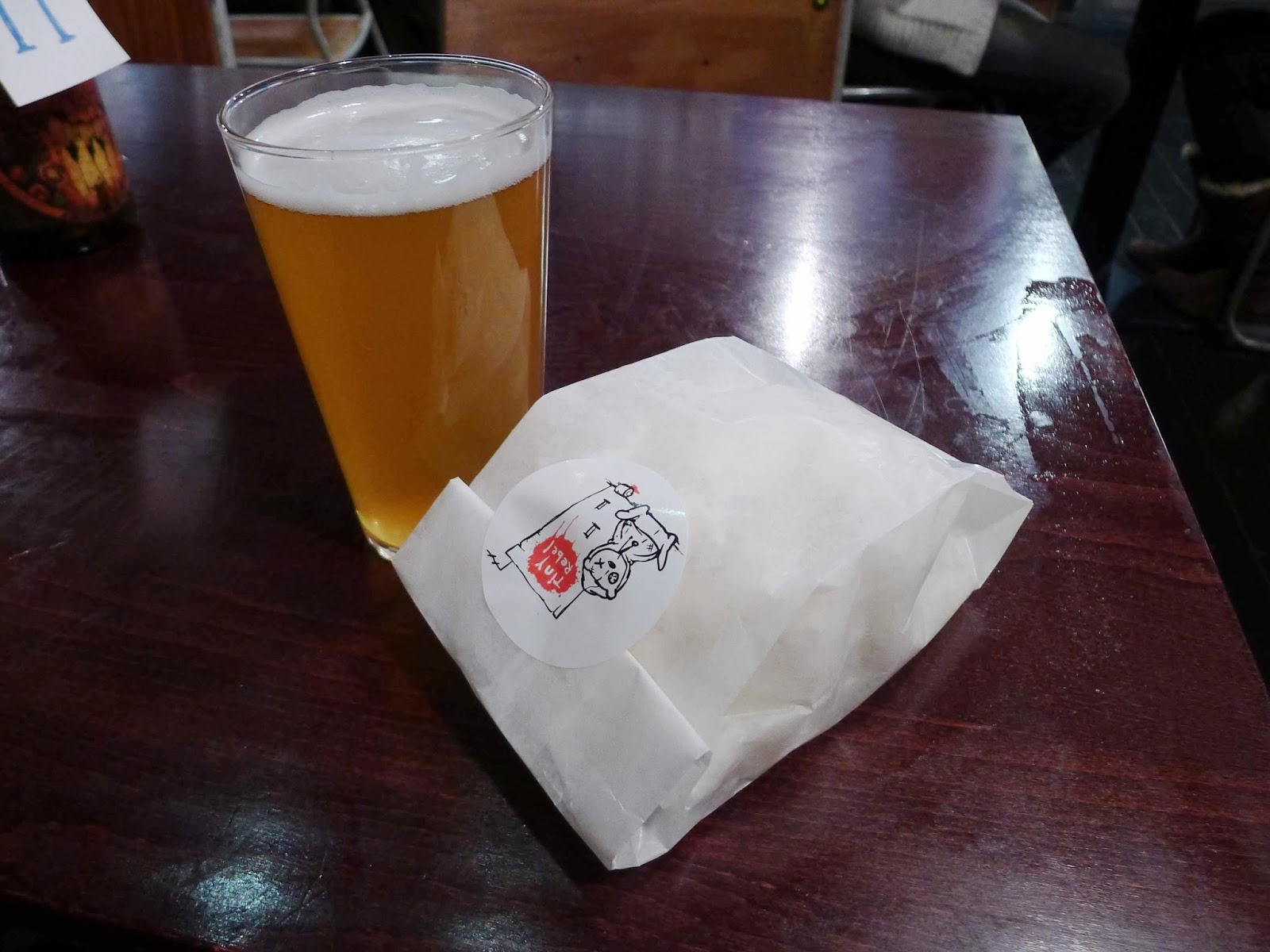 I also rounded off the night with a superb candied jalapeno cupcake, both the sponge and the butter cream icing were flecked with The Preservation Society’s candied jalapenos to add a subtle chilli warmth. 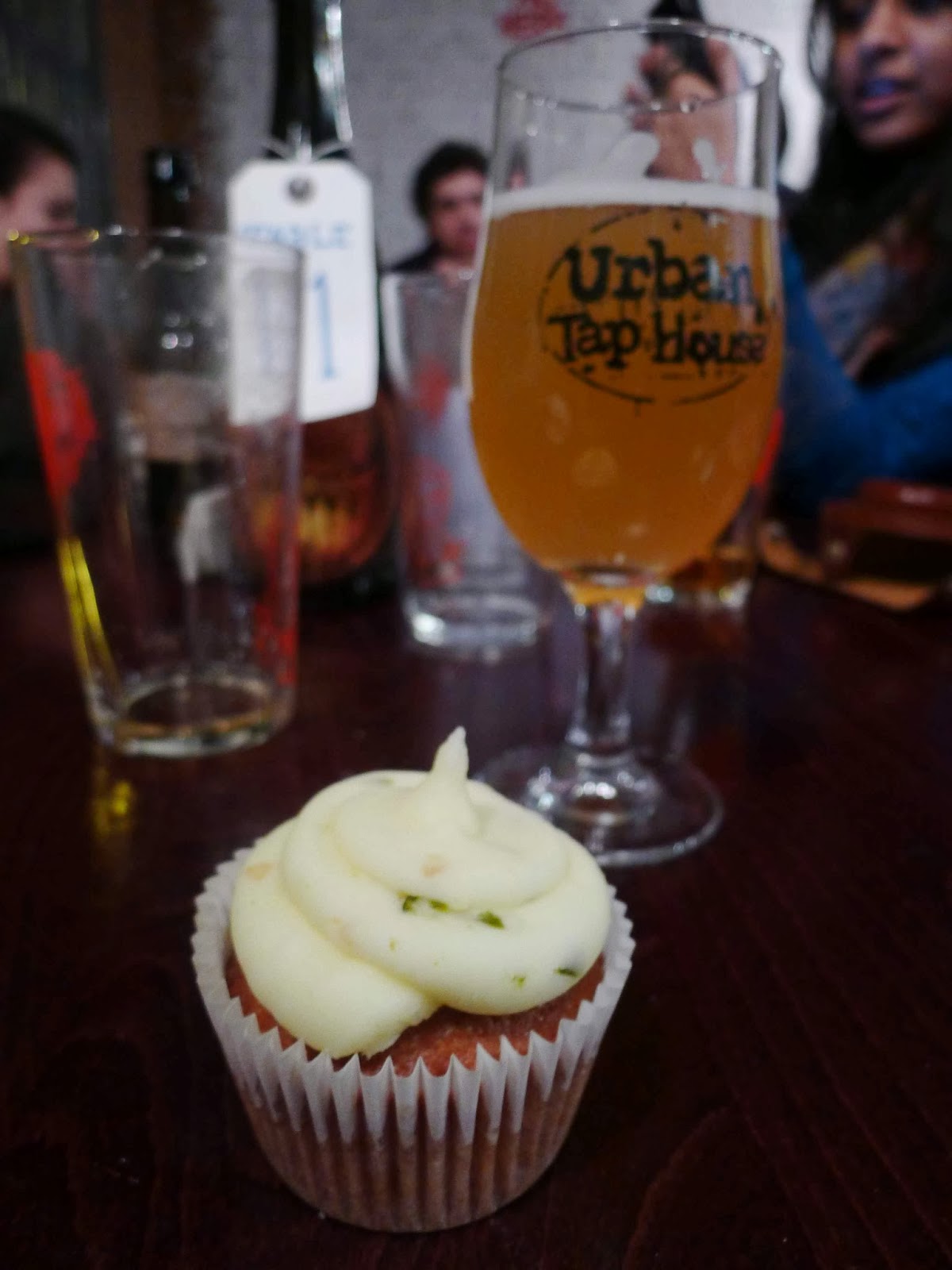 However, the night’s main event was the burger…

Urban Tap House’s menu consists solely of burgers; there’s a handful of regulars and an evolving list of specials including the pizza burger and chilli nacho burger. 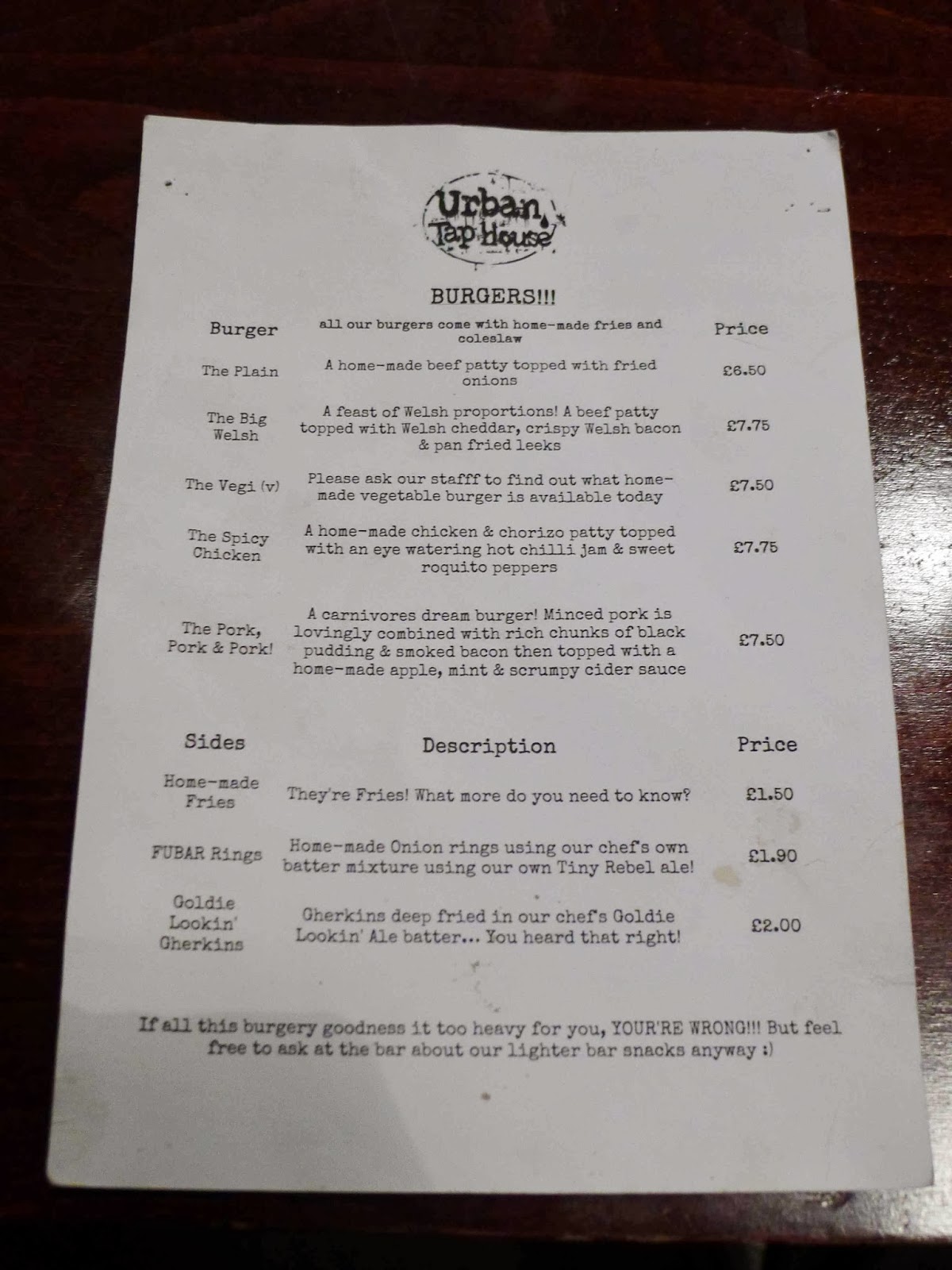 As a burger purist, I ordered the closest thing I could get to a bacon cheeseburger. Mrs G went more off-piste.

The Burgers – The Big Welsh and The Pork, Pork & Pork

The Big Welsh’s beef patty was well proportioned and flavoured. Disappointingly, it was served well done and was consequently fairly dry.

2. How was the bun? A very good, soft and sweet brioche bun.

3. How was the other stuff in the bun?

4. How were the fries? Fantastic skin on fries – crisp, fluffy, golden and well seasoned. 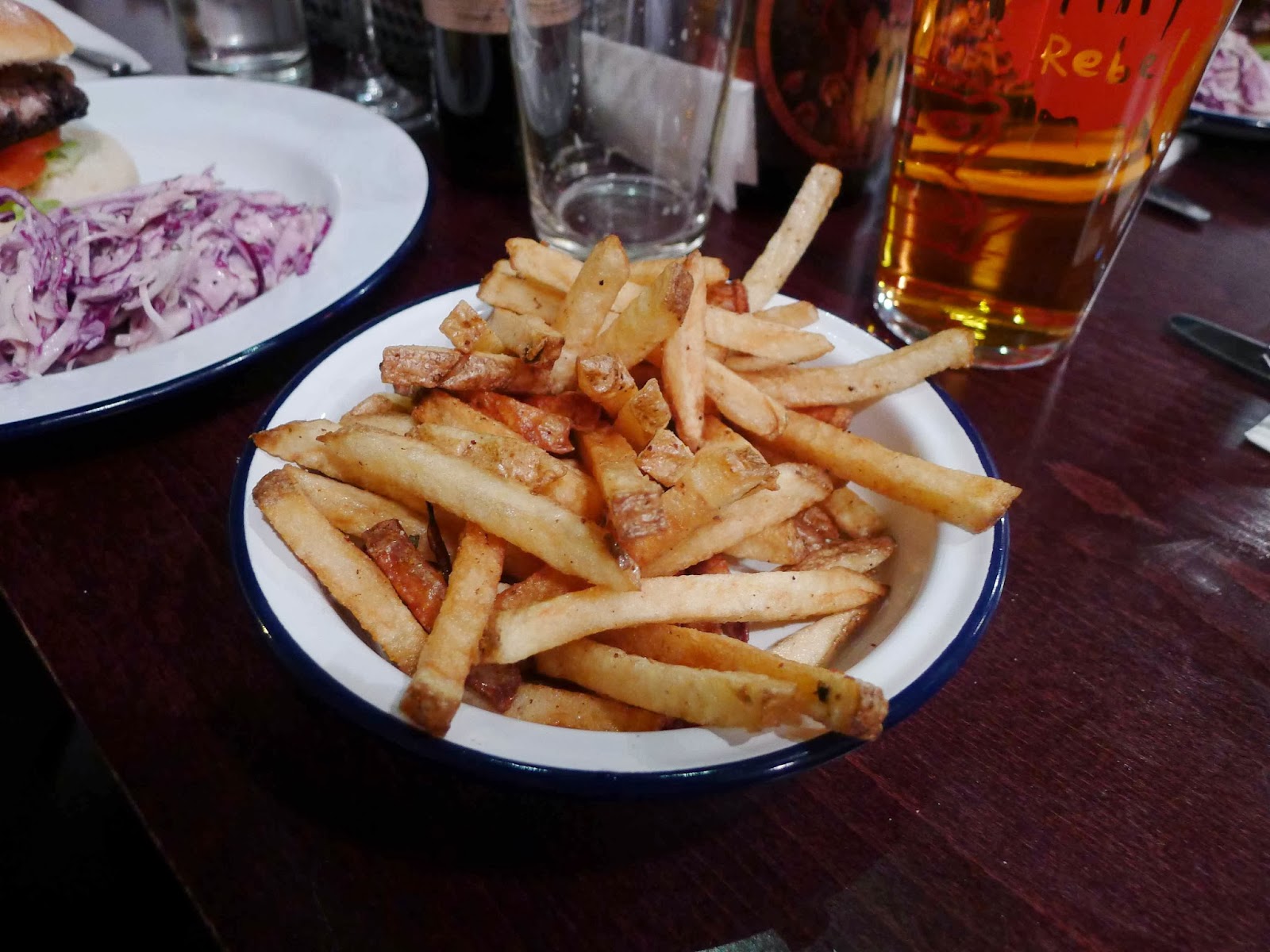 7. How was the other stuff? Lovely coleslaw with a warm mustardy twang; superb, whopping, crisp and tender FUBAR onion rings (£1.90) made using Tiny Rebel ale; 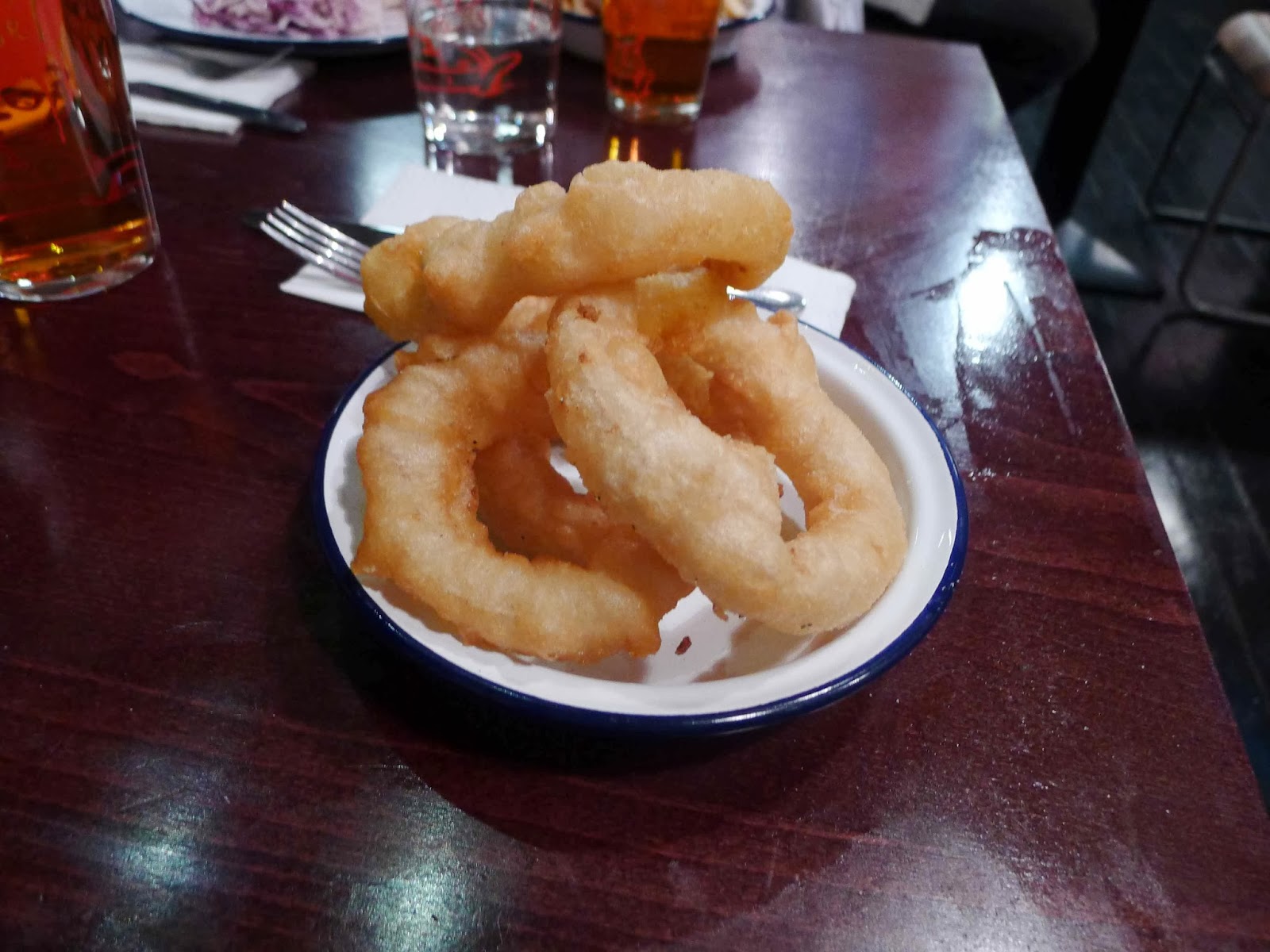 and super-tasty Goldie Lookin’ Gherkins (£2) – the crisp, vinegary cucumbers balancing the richness of the batter nicely. 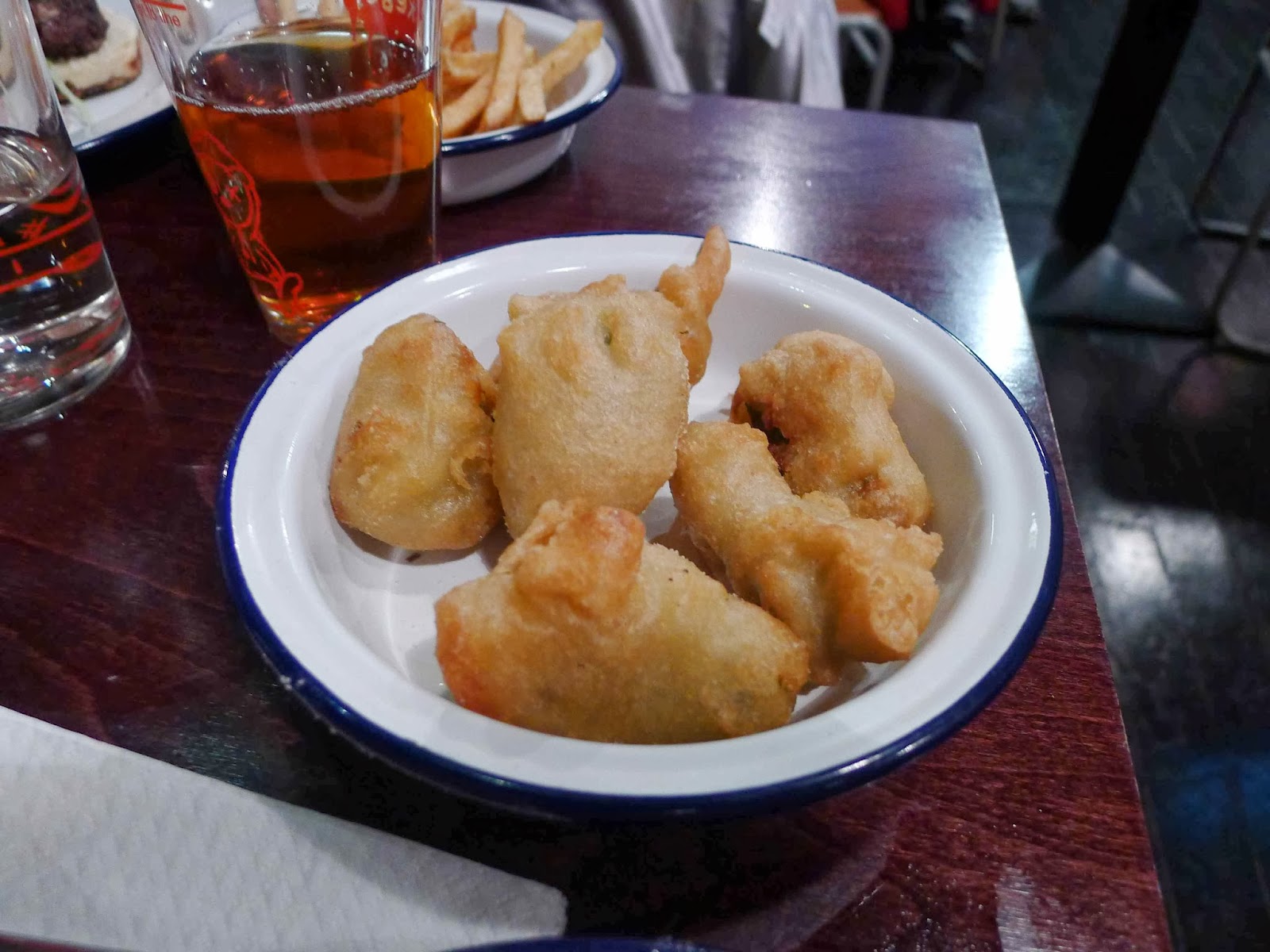 6. How was the service? Friendly, knowledgeable and bearded.

8. So what's the verdict? Urban Tap House is fast becoming a Cardiff institution and deservedly so. Whilst the beer, bar snacks and sides are nigh on faultless; the burgers we ate need a few minor tweaks to put them up with the best in Cardiff.