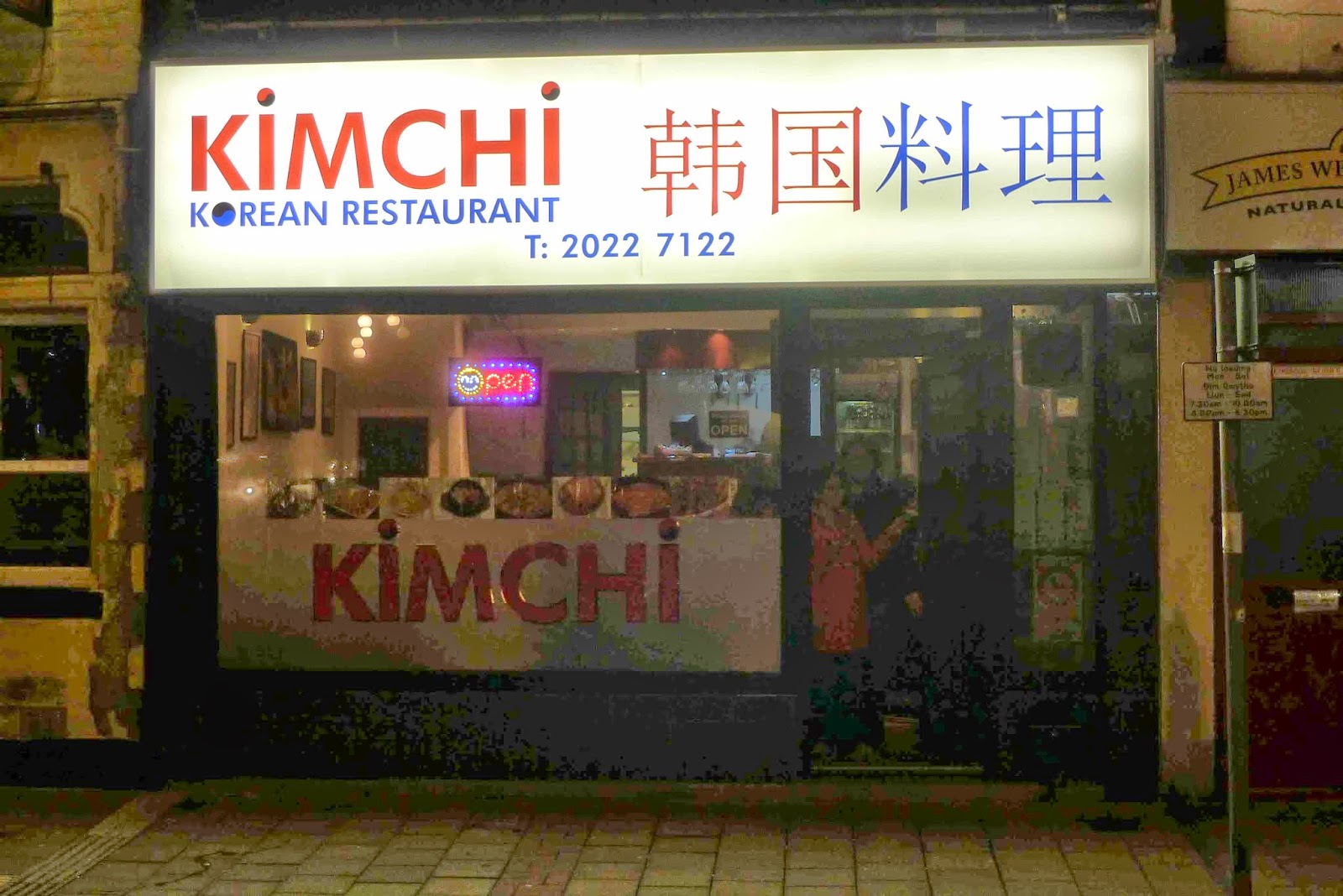 Kimchi are taking a low-key approach to marketing themselves - in fact, they're just letting the food speak for itself.

After just over one month of trading, this Korean restaurant on Cowbridge Road East has garnered a handful of 5 star reviews on Tripadvisor, has no telephone number online (by the way it’s 02920227122), no social media accounts and no website.

Thankfully, it doesn’t seem to be doing them any harm – on the Saturday night we visited, it was packed to the rafters.

Furthermore the owner, who explained that he has opened the restaurant to service the needs of Cardiff’s Korean food crazy Chinese student population, has been thrilled by the reception they’ve received from locals and students alike.

I can understand why. 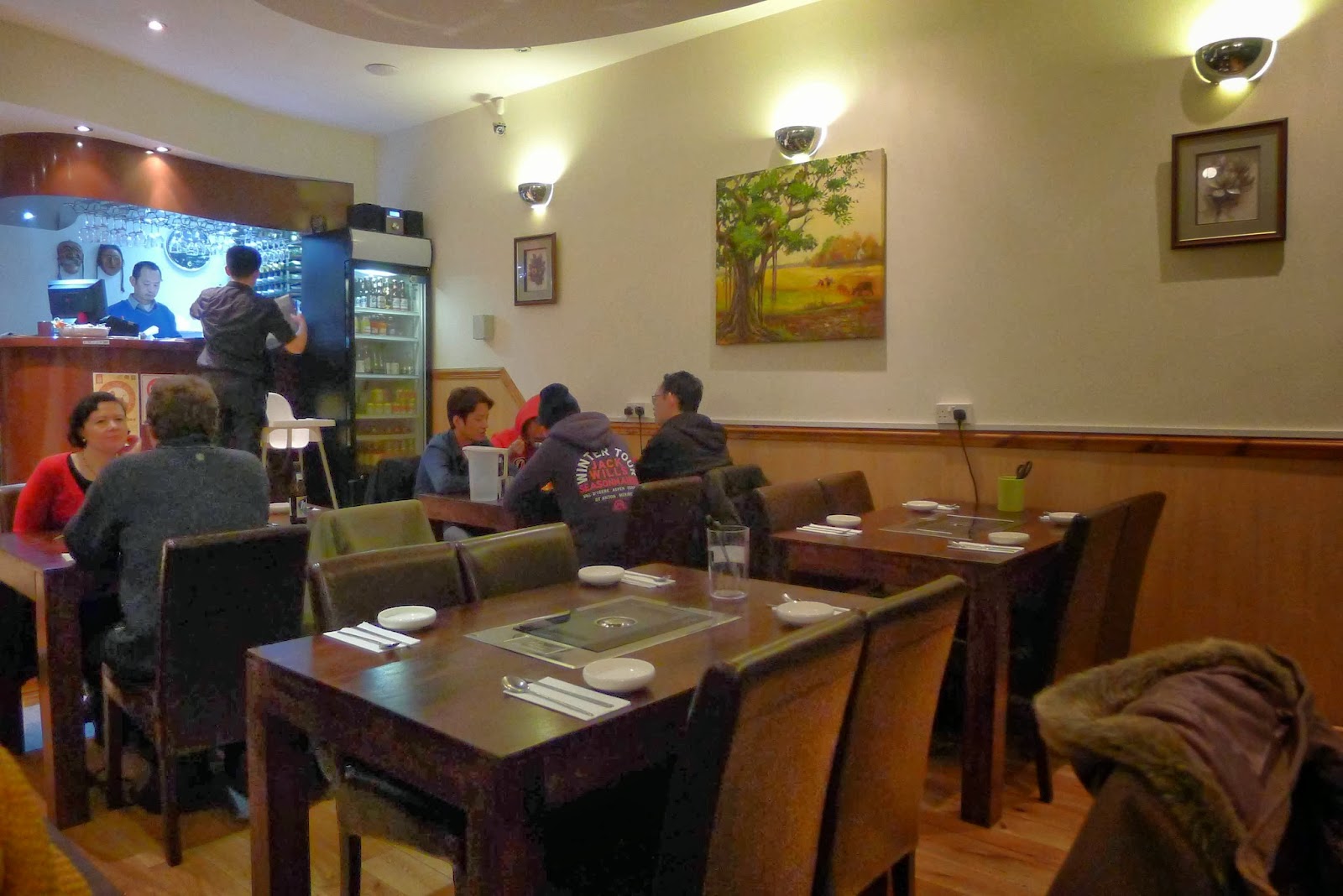 Having already waxed lyrical about Yakiniku, Cardiff’s other Korean restaurant, over two years ago, it’s much the same this time around.

Kimchi’s food is a breath of fresh air - a unique, sociable experience offering flavours and textures which are a refreshing change from my usual meals out. 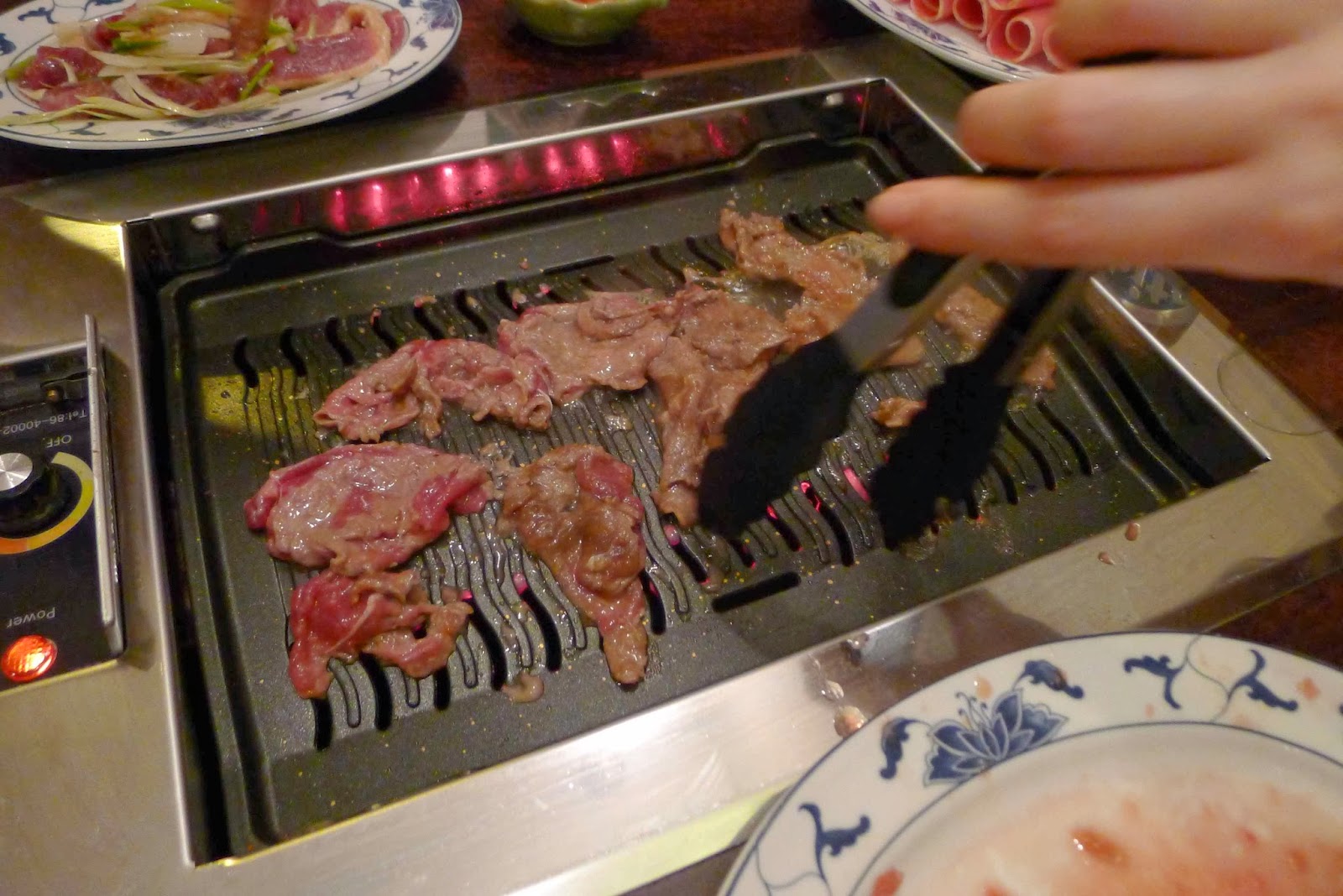 Whilst Kimchi’s lengthy menu may initially seem a little daunting, it essentially breaks down into two main sections:

Firstly, Korean barbecue – choose your marinated meats and vegetables and have a giggle whilst you cook your dinner on the hotplate in the middle of the table.

The more Korean lagers I necked (£3.50 a pop - I preferred the Hite to the Cass), the less precise my cookery skills became.

The first of the barbecue dishes, beautifully marbled beef bulgogi (£7.90), was heady with the complexity of its sesame, soy, ginger, garlic and spring onion marinade.

Cigars of rib-eye (£9.50) were just as delightfully tender.

Generous slices of smoked duck breast (£9.30) were flecked with pieces of spring onion which caramelised up a treat. 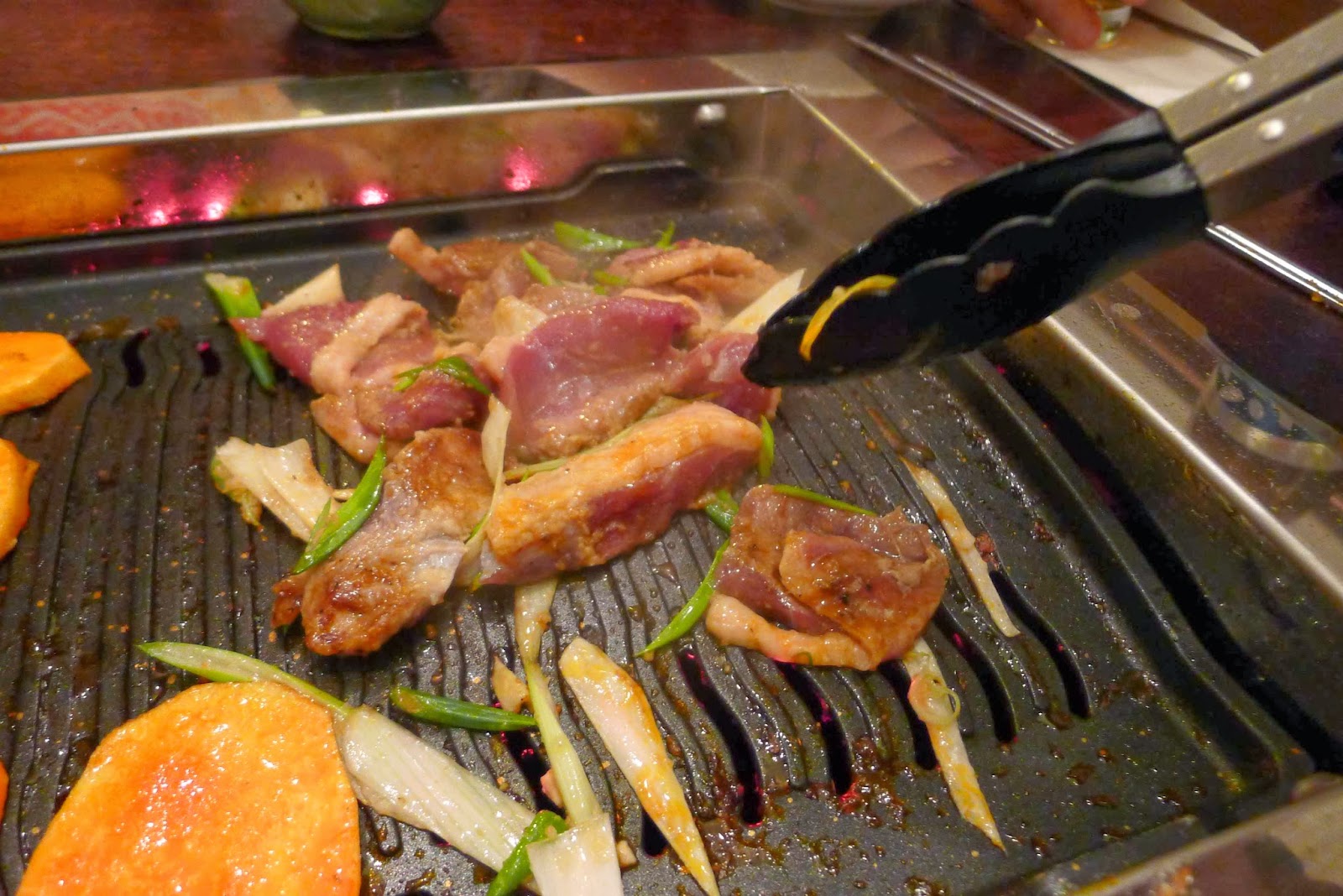 So too did thin slices of sweet potato (£3.50) which picked up the meatiness of the dishes we’d cooked before. 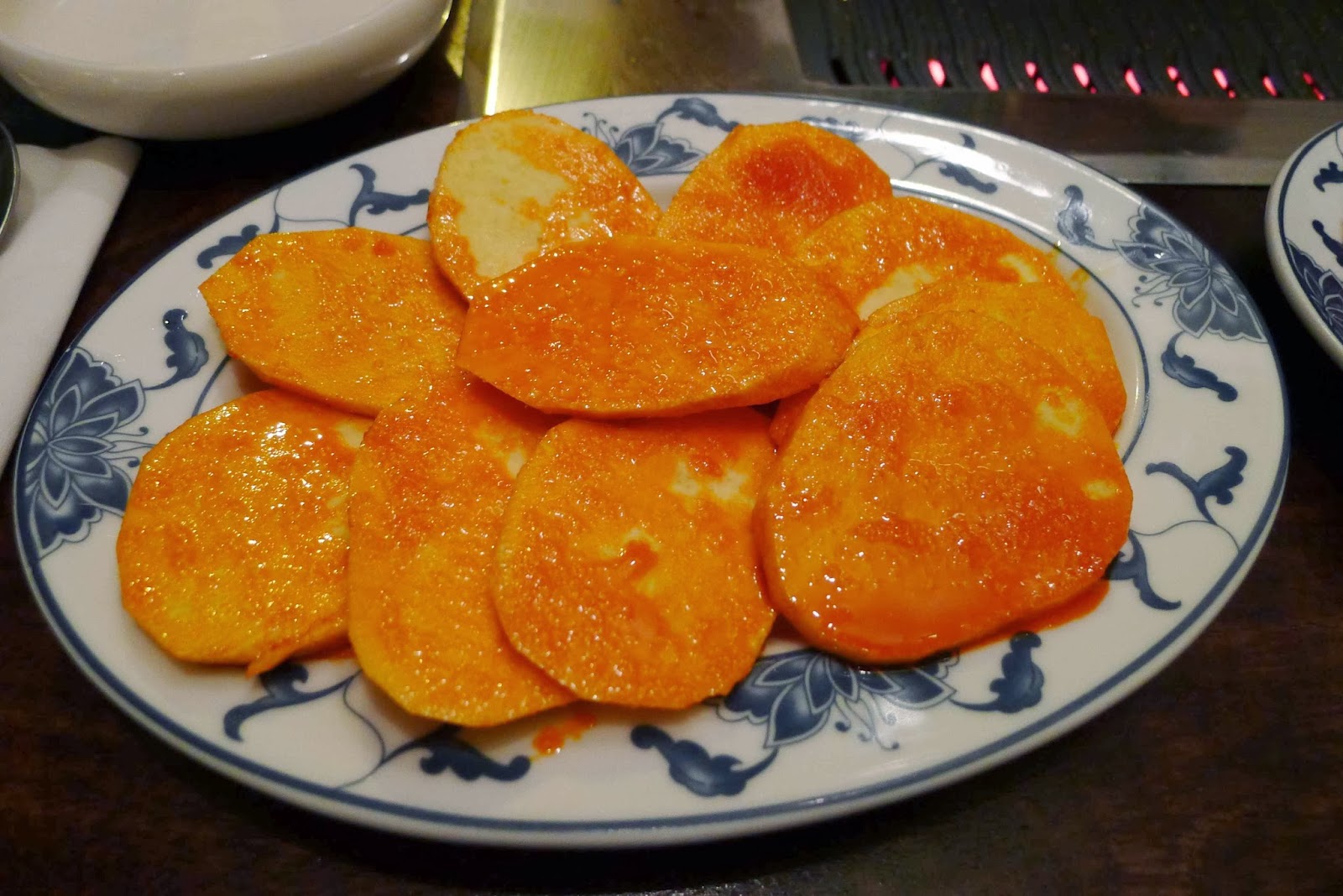 A complimentary plate of garlic put to bed any lingering remnants of Valentine’s romance. Pointed peppers (£3.50) meanwhile actually turned out to be chillies – most were enjoyably tolerable but a couple of excruciatingly hot ones had been thrown in for fun. 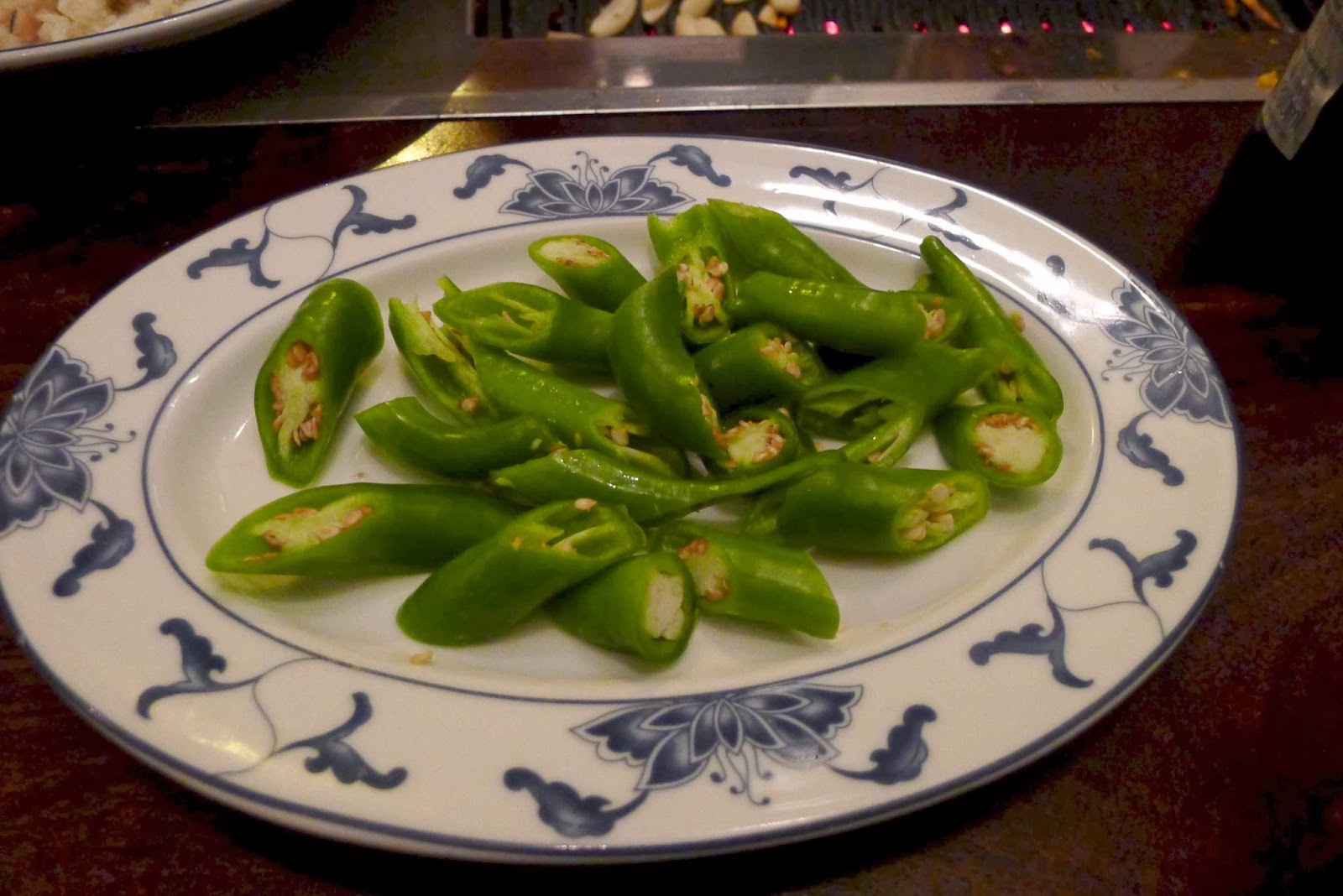 That was the end of the bbq antics – but the other food was just as marvellous.

Korean fried chicken is world famous and with stuff this good, I now know why; a huge plate of crispy, tender, sticky, sweet and spicy chilli chicken (£9.50) was the very definition of finger licking good. 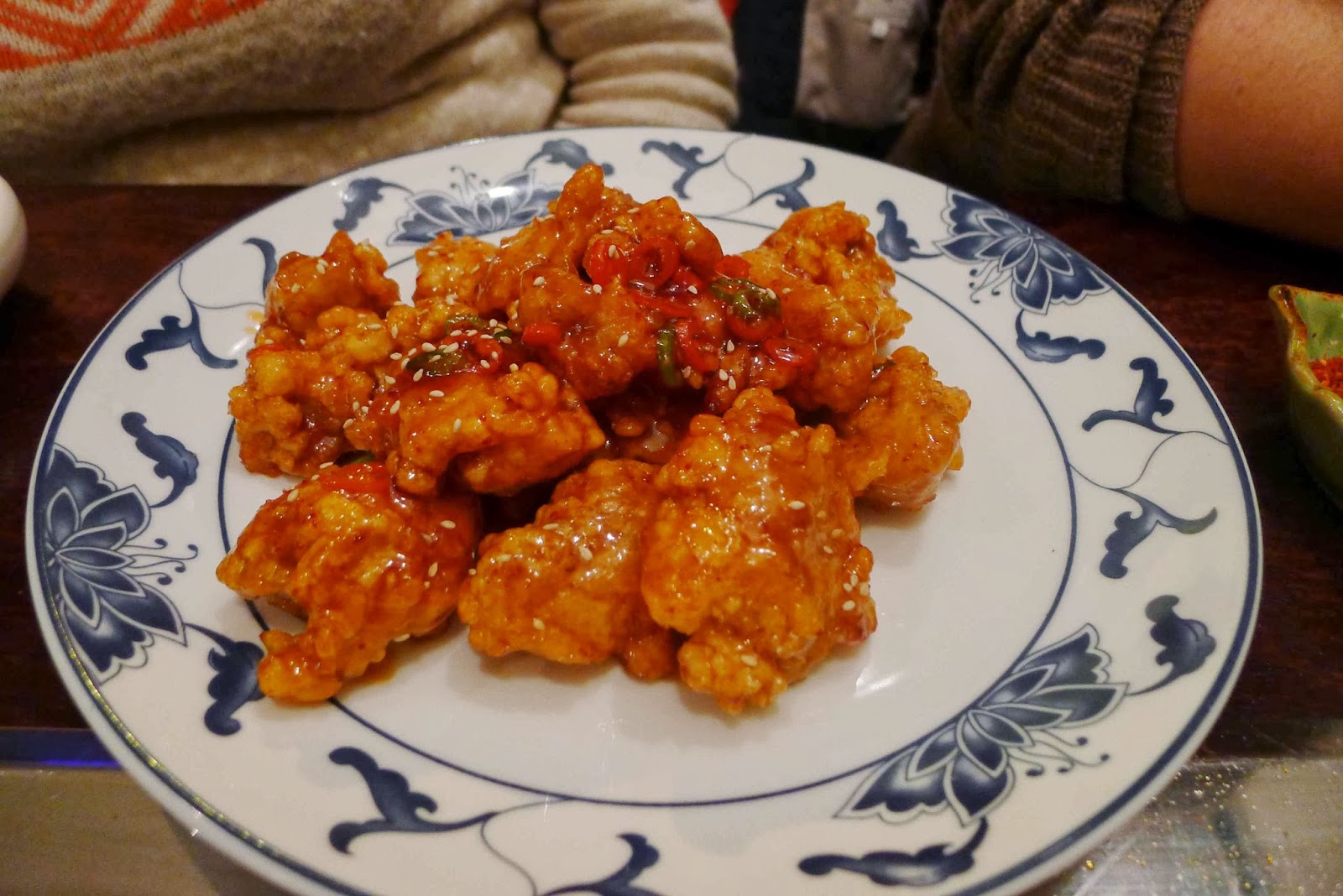 Vegetable bibimbap (£7.90) was as artfully presented as would be expected from any restaurant with fayne dayning aspirations. A searingly hot stone bowl was filled with rice, kimchi, tofu, seaweed, bean sprouts, courgettes, chilli sauce and a raw egg yolk – a swift stir and everything combined to make a colourful and clean tasting side dish. 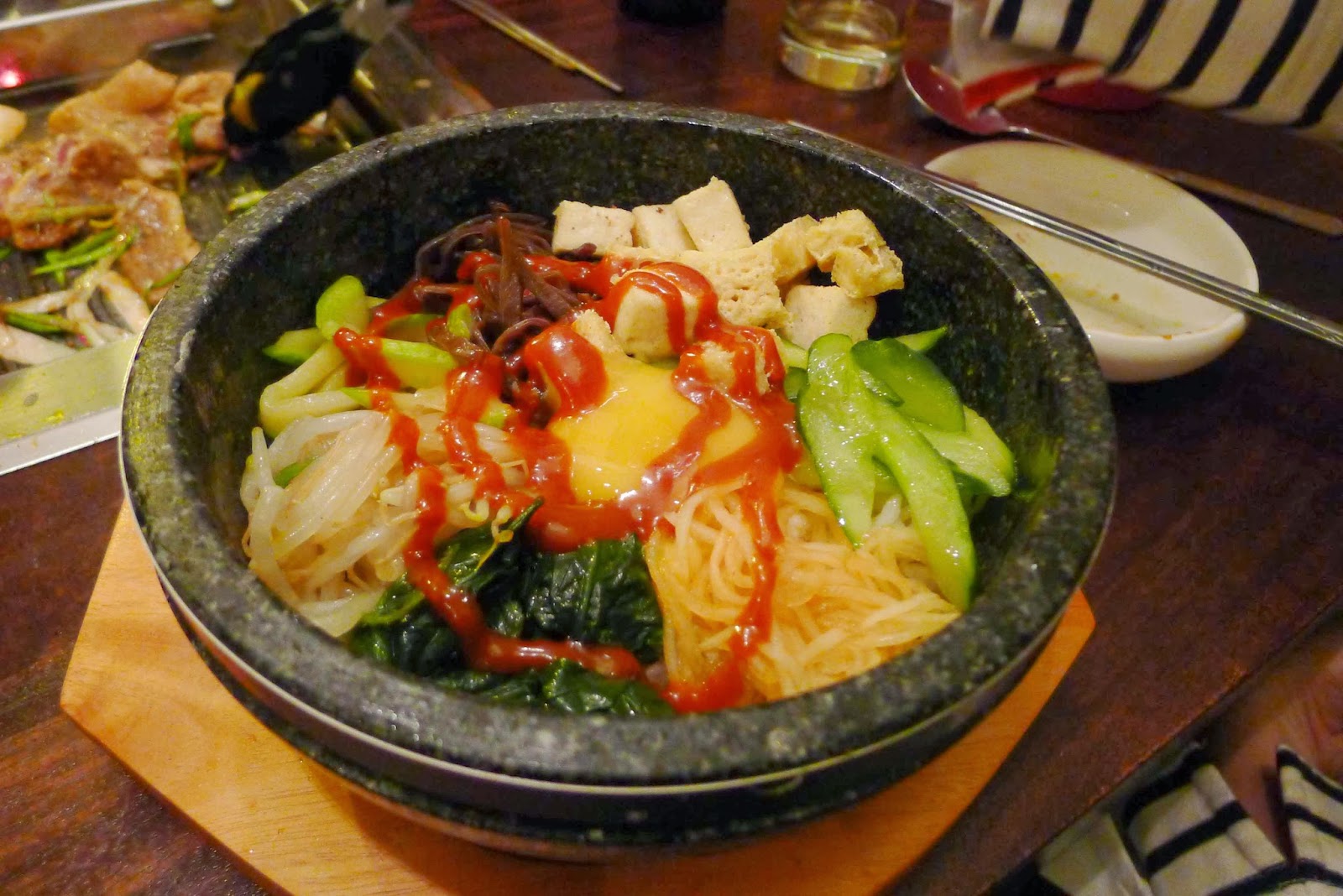 In contrast, the only dud of the night, special fried rice (£7.90) was pallid, clammy and imbued with the whiff of the seafood which was dotted amongst it. 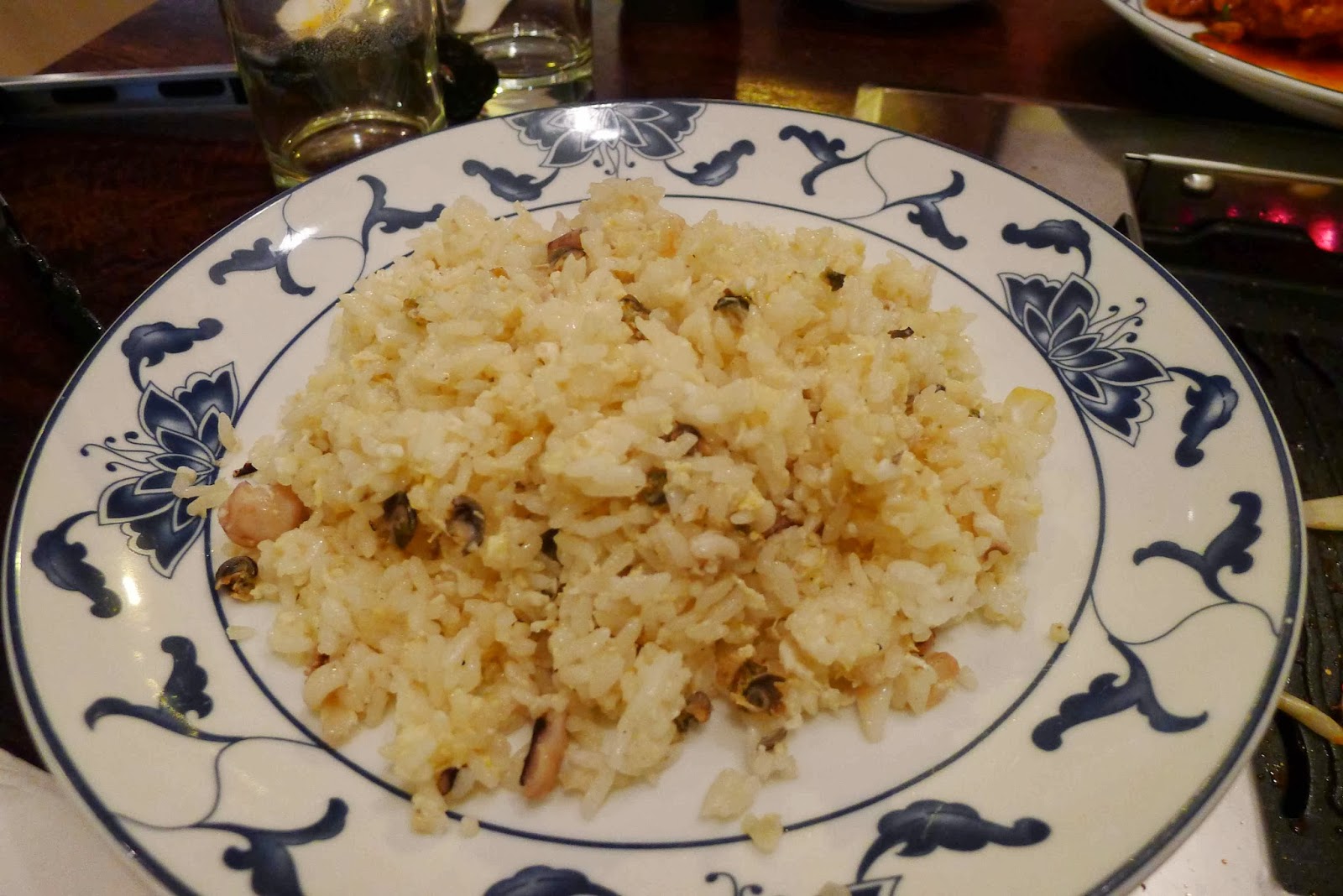 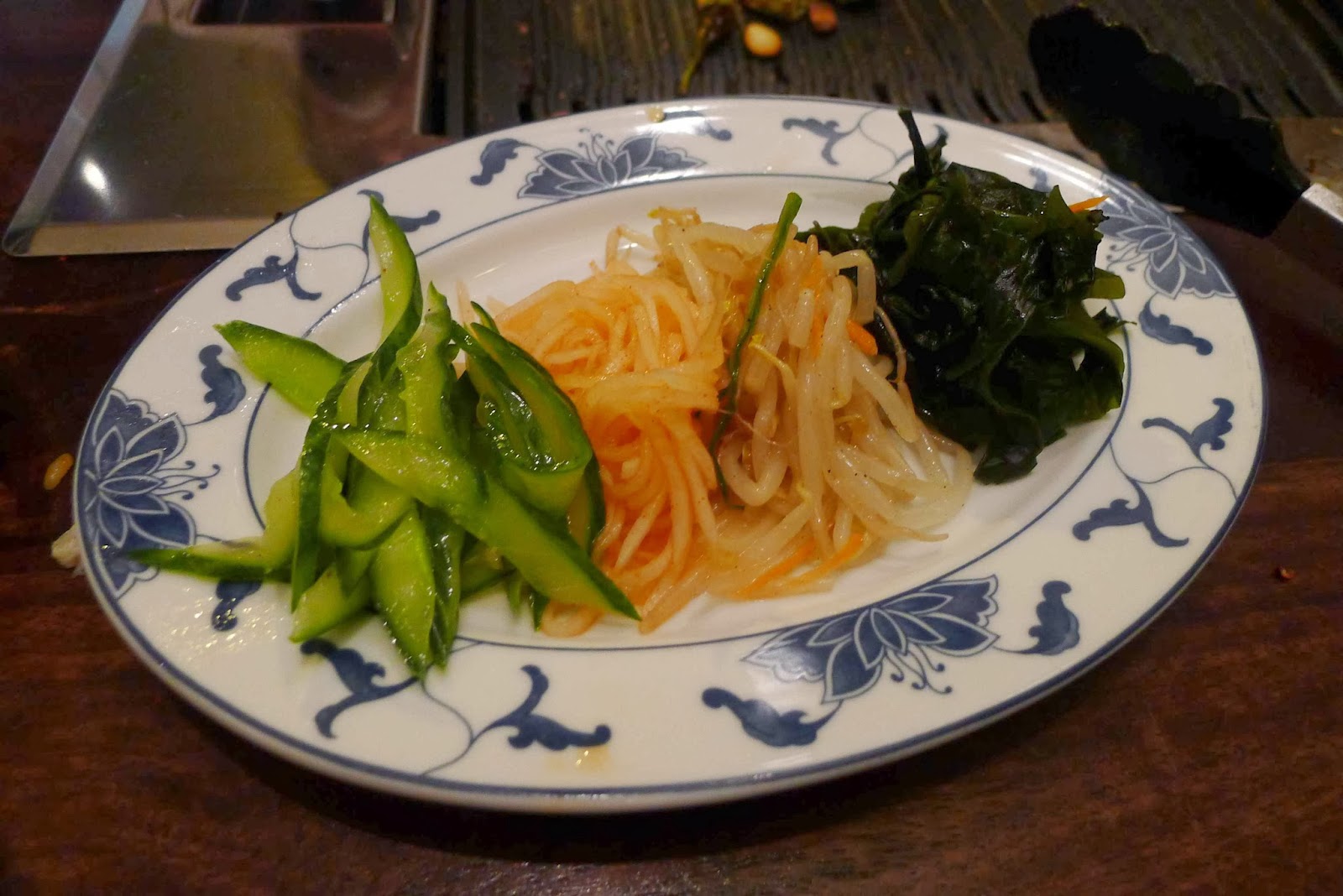 Lastly, the Kimchi itself (£2.50), a spiced, vinegary, fizzy fermented cabbage which is actually a lot less challenging than it sounds and is in fact surprisingly addictive, especially after a quick blast on the hot plate. 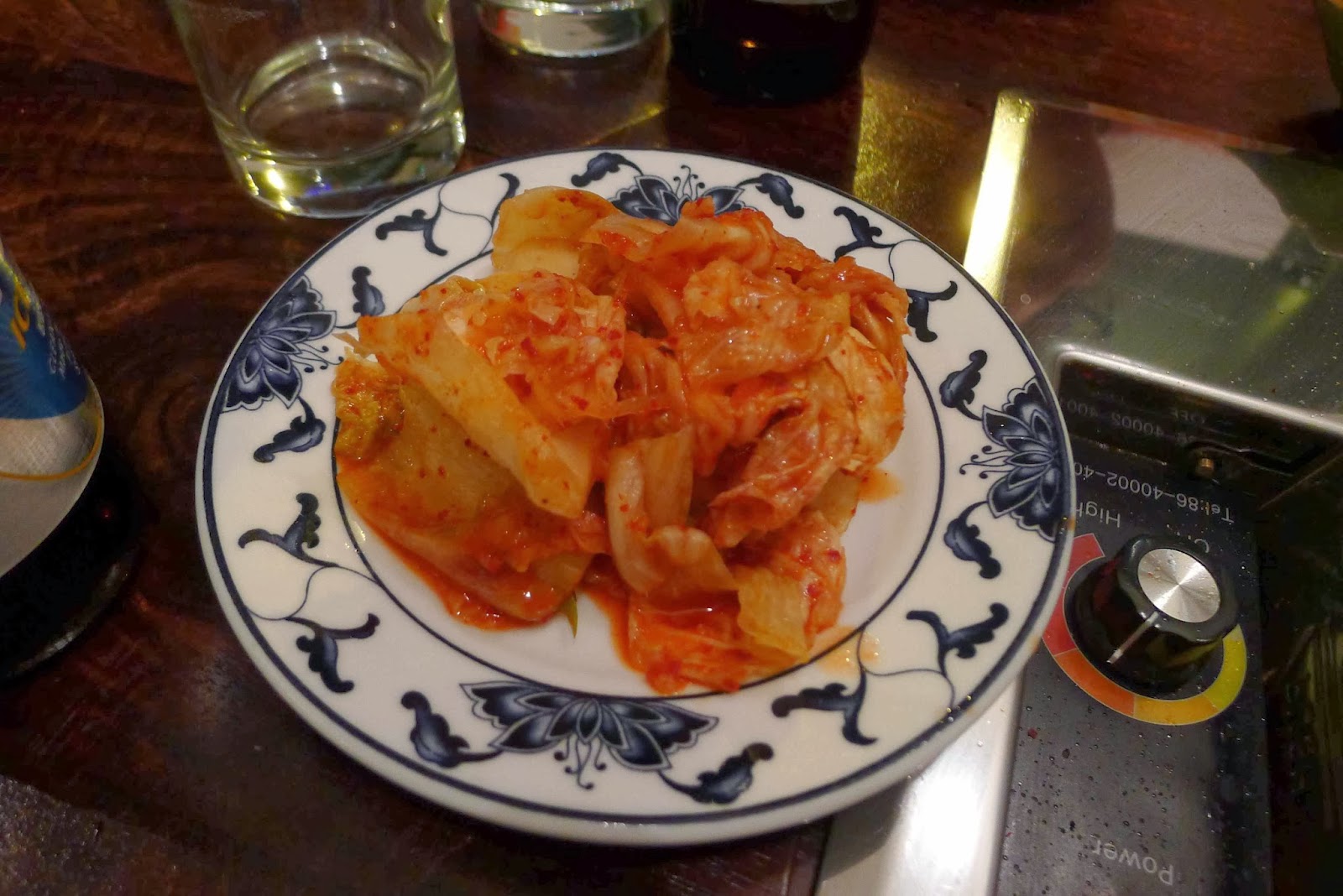 The food at Kimchi is bloody marvellous. That’s all there is to say.