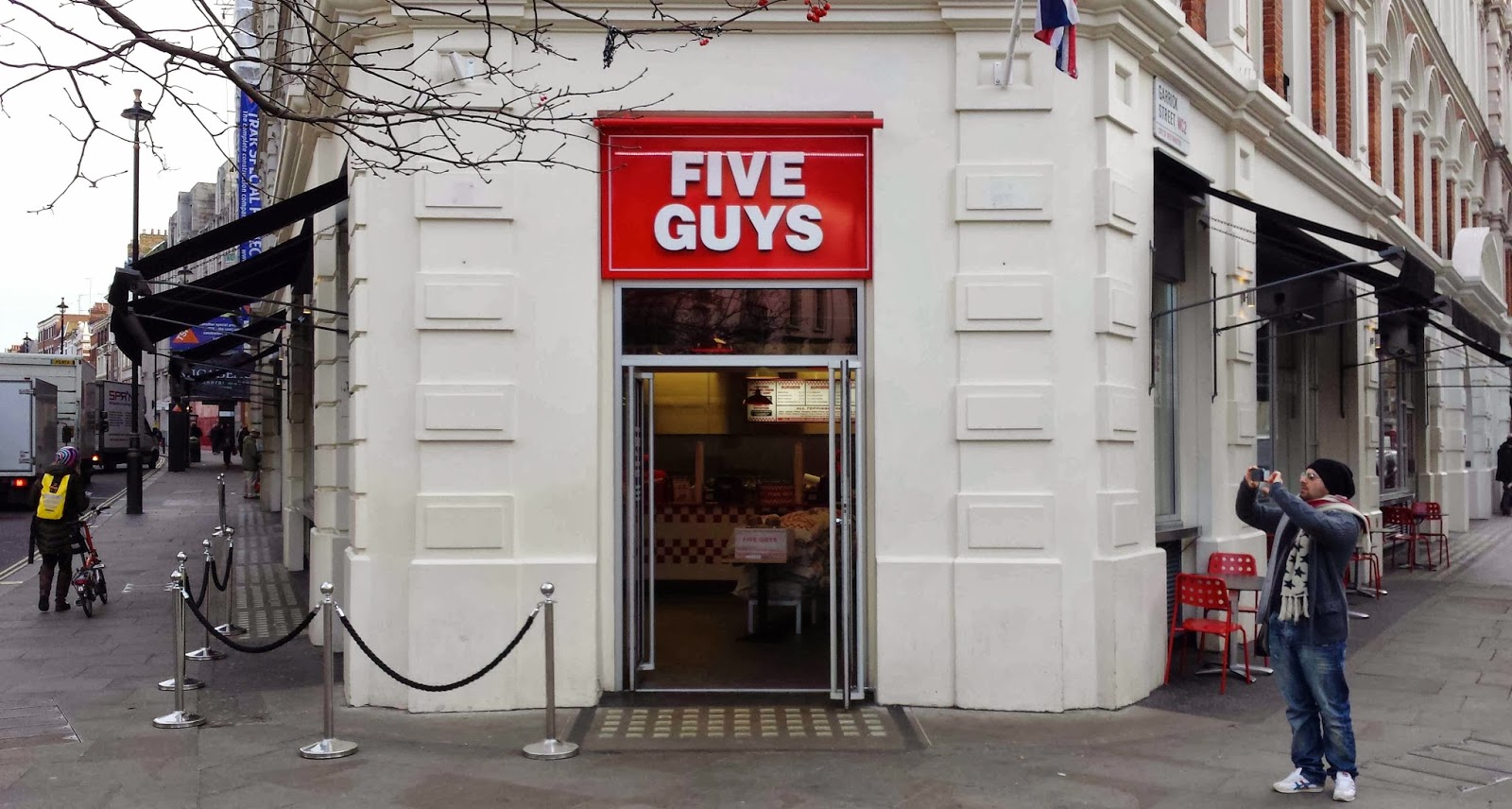 However, considering I dropped the best part of £15 on a burger, fries and soft drink I feel I’m entitled to my tuppence worth.

Five Guys is one of last Summer’s duo of American chain imports; with 3 branches already open, and 3 more due in the coming months, their expansion across the UK has begun apace.

When I visited the Covent Garden branch on a Monday at around 11.20am (ok, I was hungover), there was no sign of a queue. However, at that time of day, it’s not surprising... 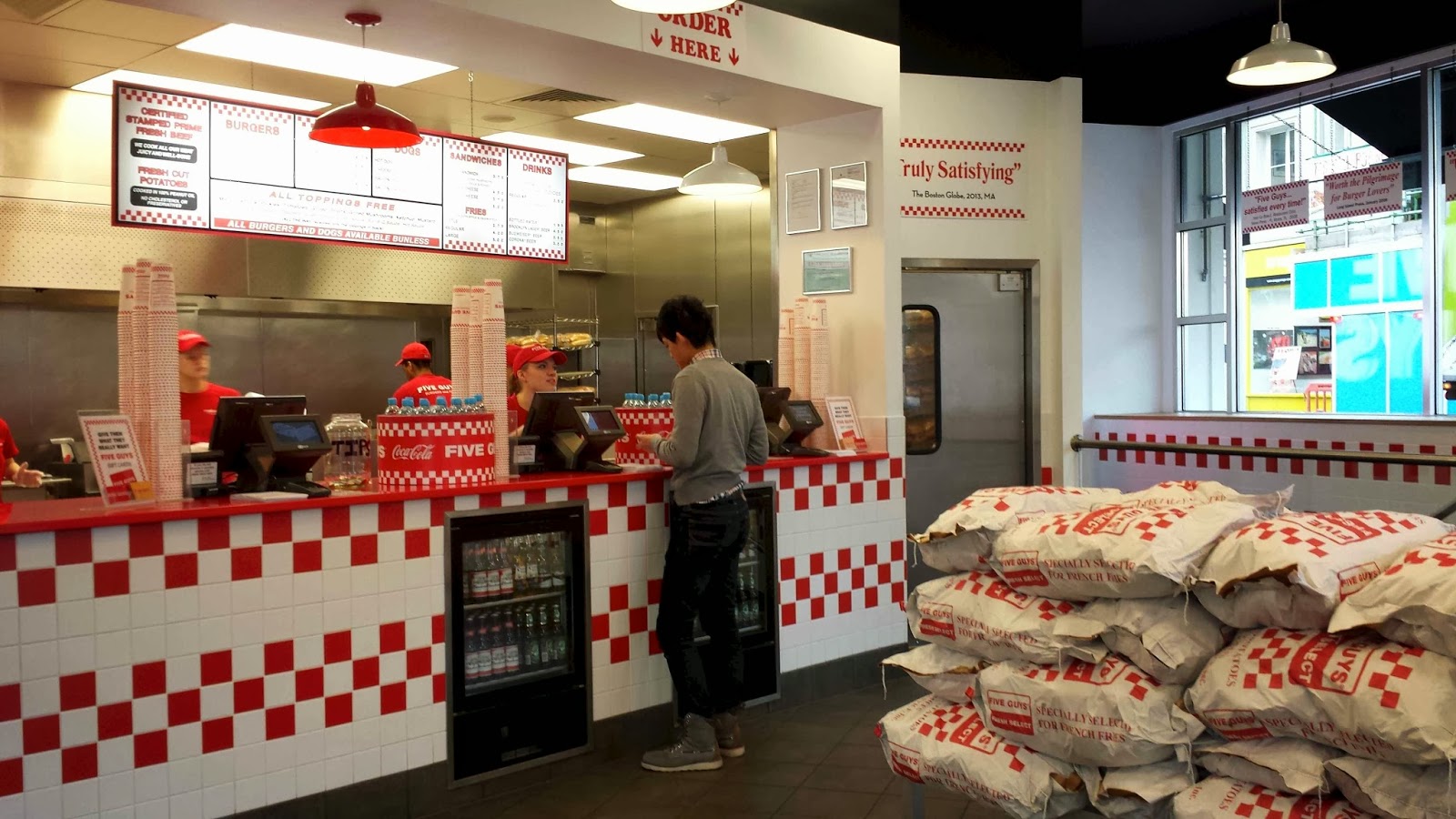 Ordering was straight forward, as well, it’s like any other fast food place.

Still, a friendly staff member took the time to explain about the free toppings available with each burger. What she didn’t mention was that a regular burger is frigging massive and comes with two patties and that a “little” burger is actually what most places would consider a normal size.

I ordered the bacon cheeseburger (£8.75) served all the way i.e. with all of the most popular toppings.

Whilst waiting for I helped myself to a bottomless Fanta Zero Grape and a Fanta Zero Fruit Punch (£2.50) from the Coca Cola Freestyle machine; serving over 100 different drinks, it’s a nifty bit of kit. 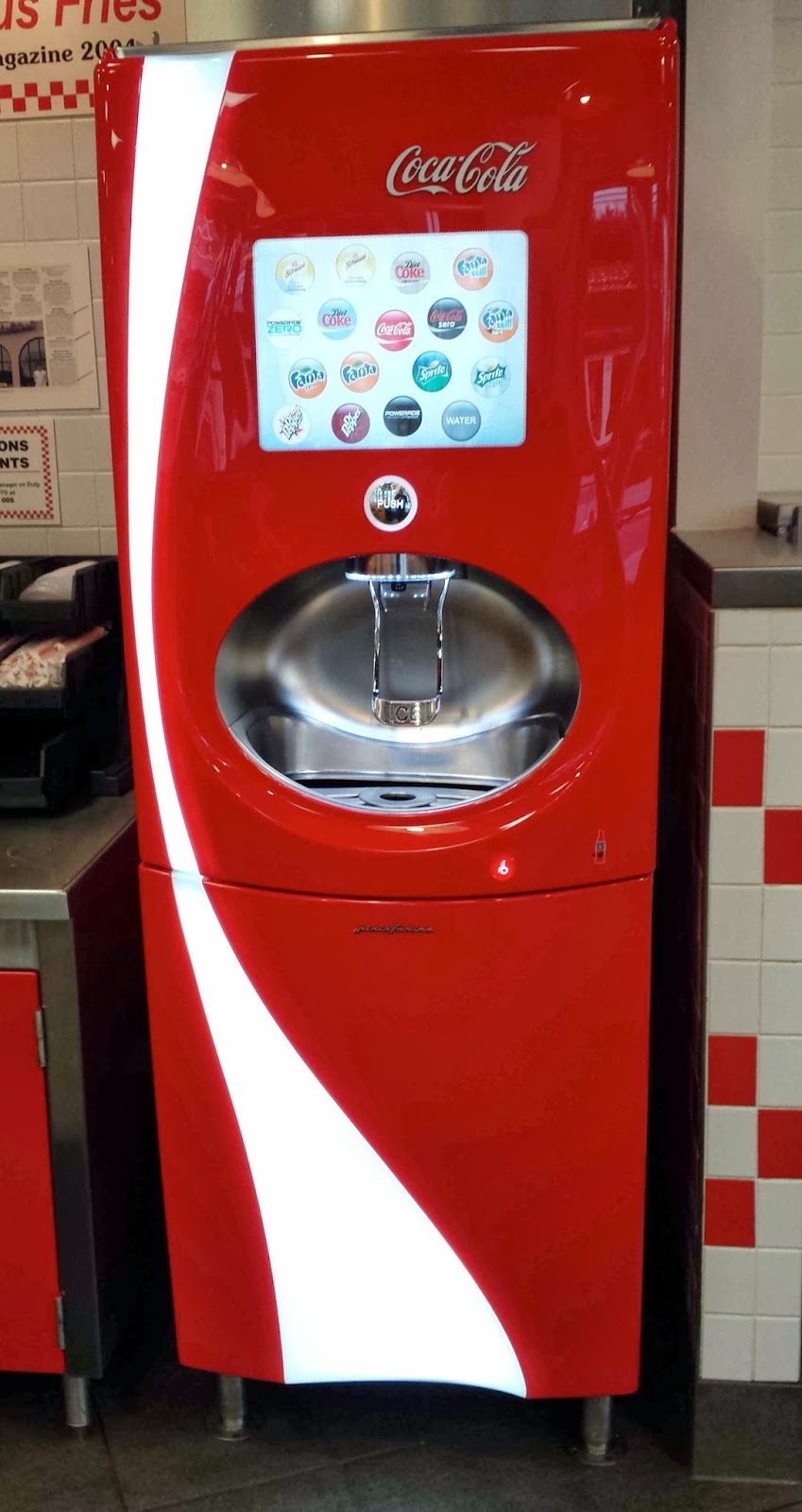 I also munched on a complimentary tray of monkey nuts; a nice touch as they made the wait for the burger to be cooked to order a lot more bearable. 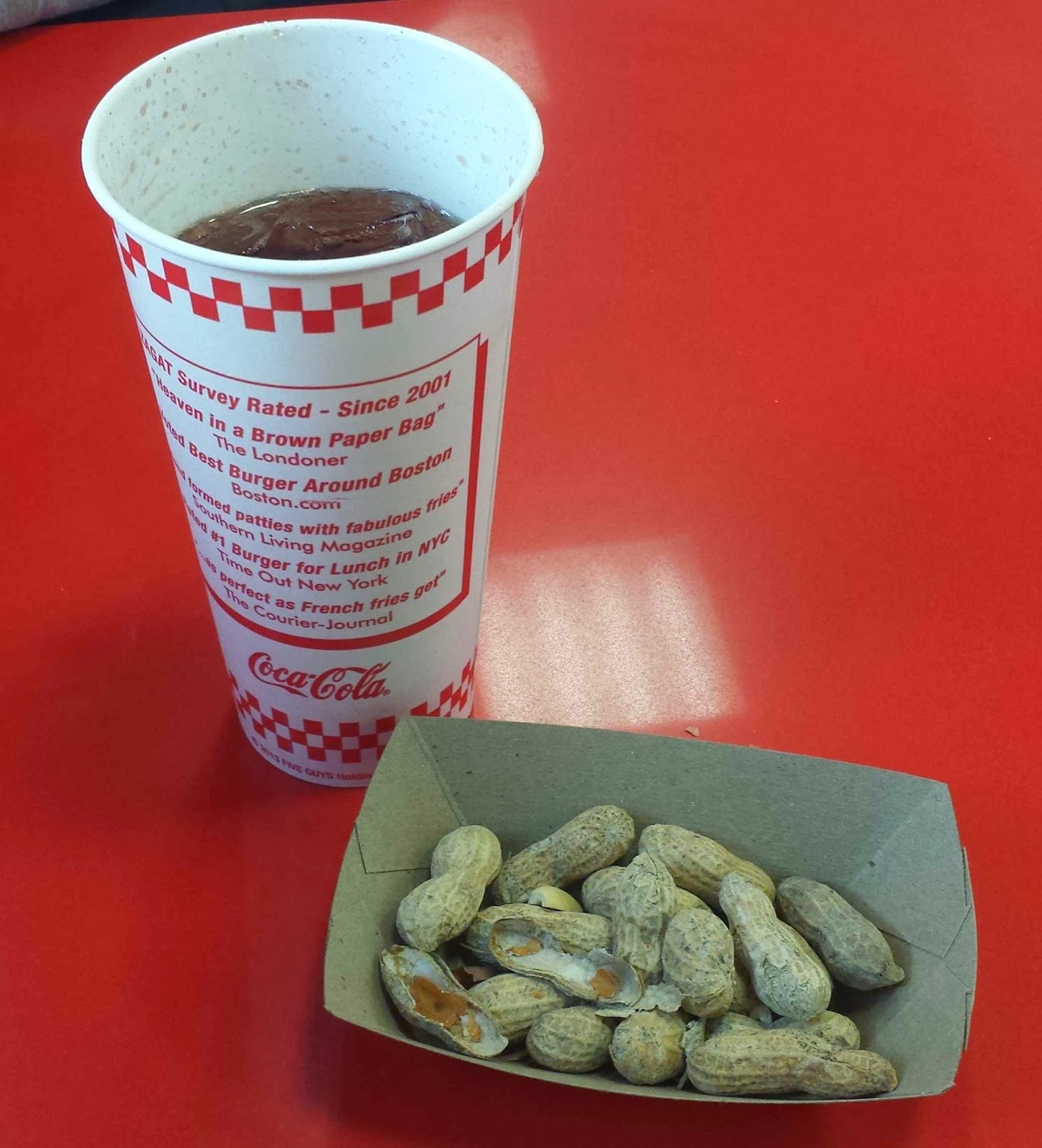 After five or so minutes, brunch was served…

I have to admit, the burger was rather frigging lush.

The combination was mighty sloppy yet mighty tasty – a bit like how you wish a Burger King Whopper tasted. 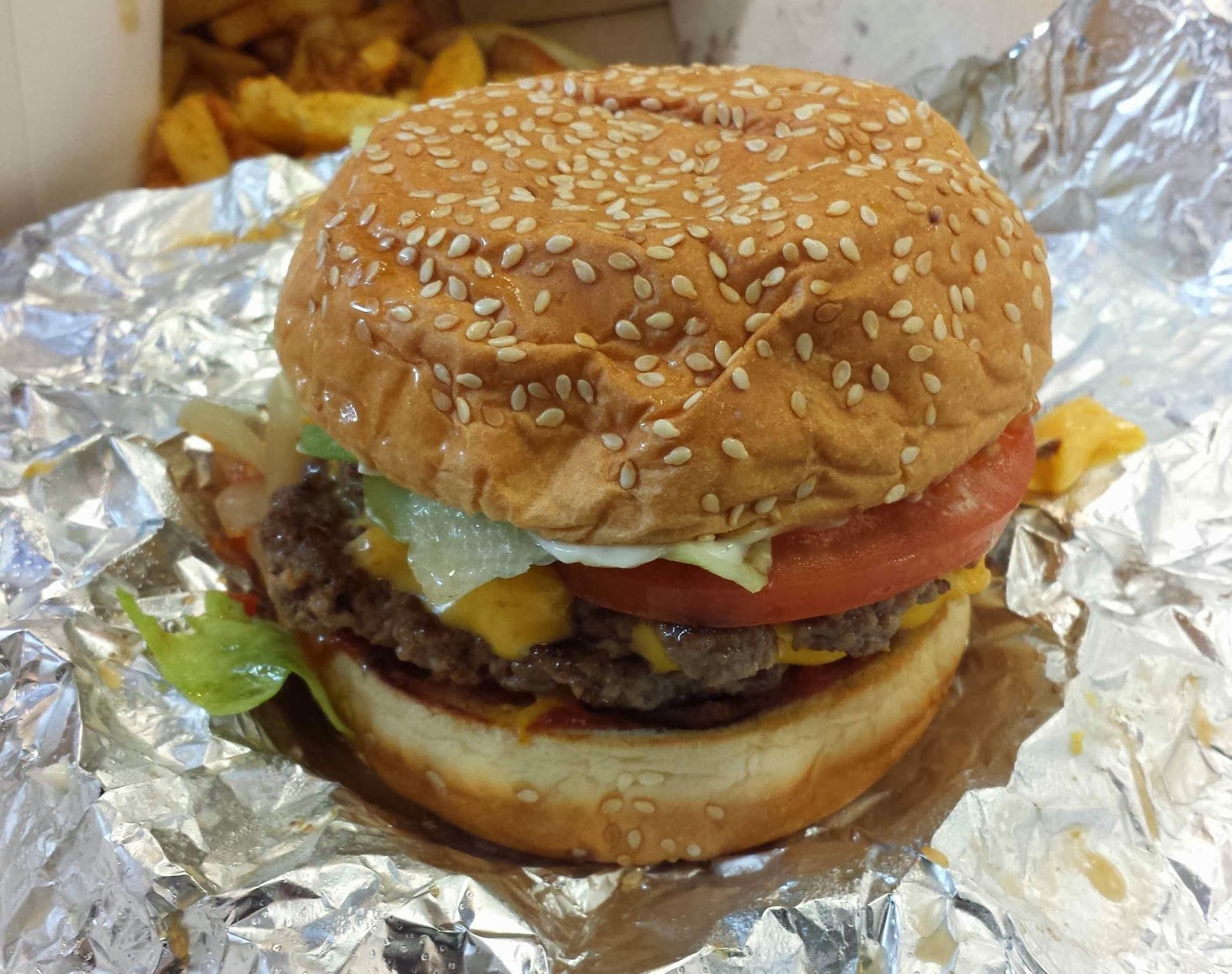 Less impressive were the “little” Cajun fries (£2.75), which tasted as though they were coated in ALL the spices of Louisiana, such was their throat burning effect. I’m sure that underneath all the spice powder were some decent fries clamouring for air. 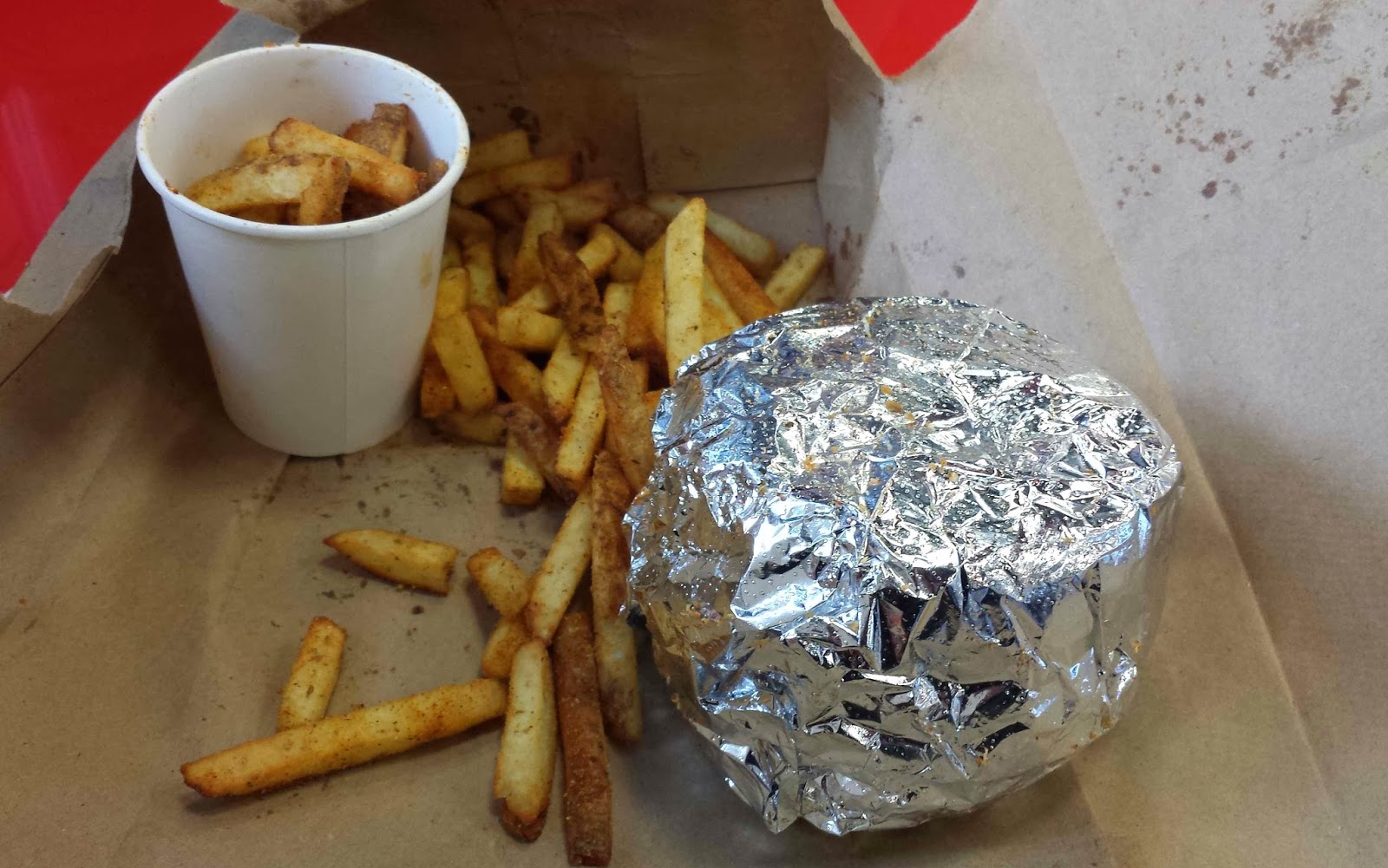 So, what to conclude? I liked the burger at Five Guys a lot, but not as much as some of Britain’s finest or the legendary In-n-Out Burger.

And, £14 for a burger, fries and drink in a fast food restaurant with as much atmosphere as a McDonald's…really?

There are now two branches of Five Guys in Cardiff, one in the Brewer Quarter in the city centre and one in the Red Dragon Centre in Cardiff Bay. My thoughts on the Cardiff branches are exactly the same as my London experience.

However, I'm rather partial to the "little" cheeseburger. At £5.50 it's far more palatable in price and still a very good size. 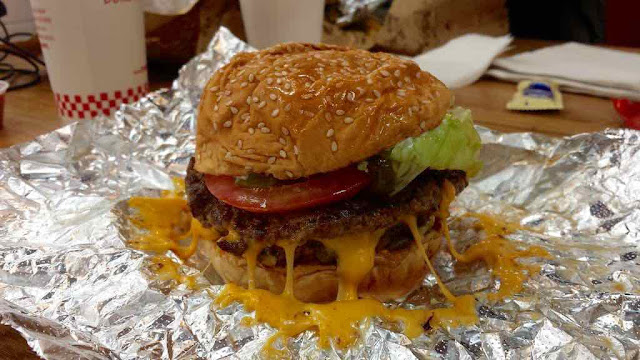