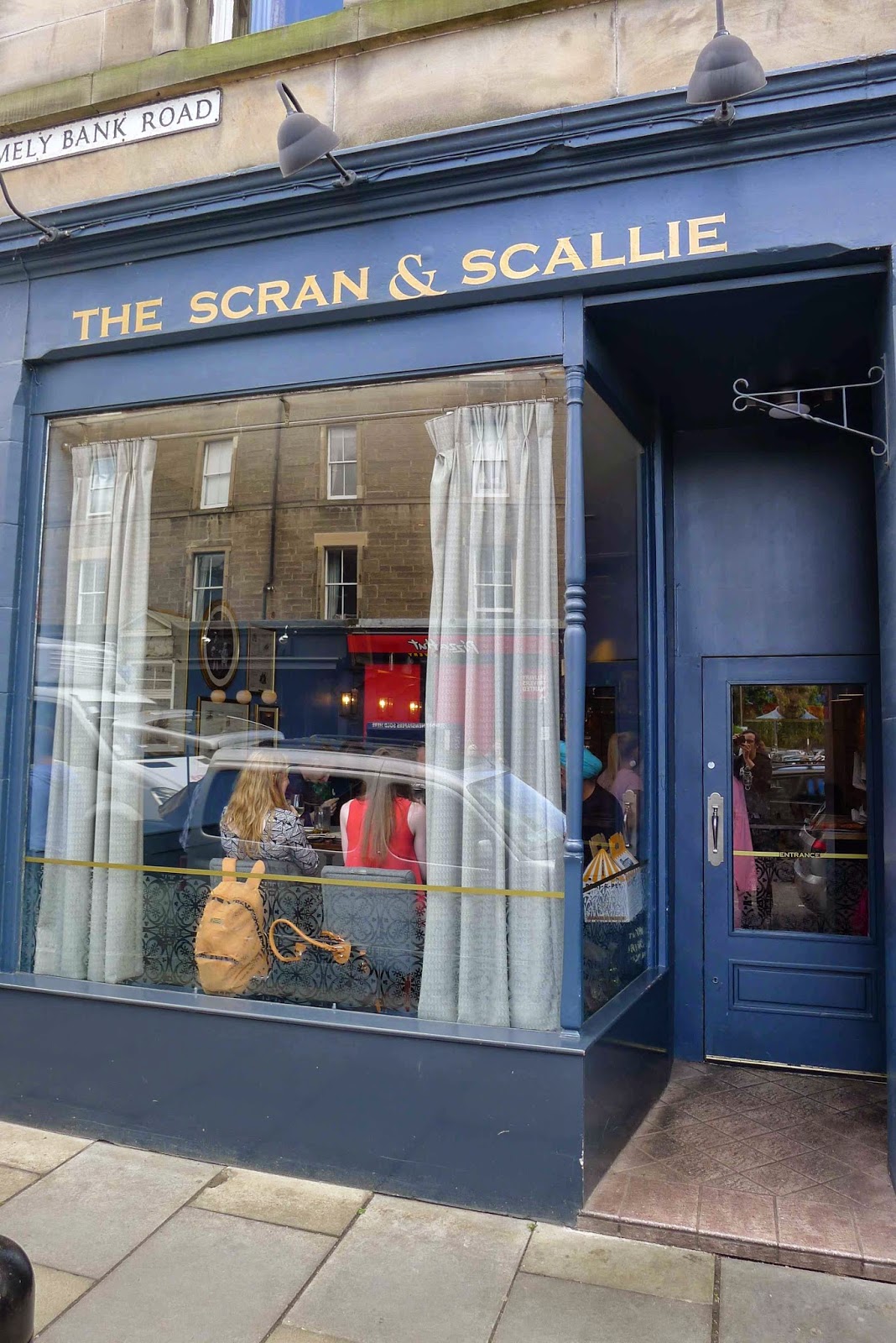 Any restaurant which makes my fictional food fantasies become reality is a winner in my book.

I’d be a regular at any café which serves fizzy lifting drink.

And the drive-through which serves those ribs from the Flintstones would be a Friday night favourite.

The Scran and Scallie sell a Desperate Dan style cow pie which surpasses my childhood dreams and then some.

For this reason alone, I love the place. 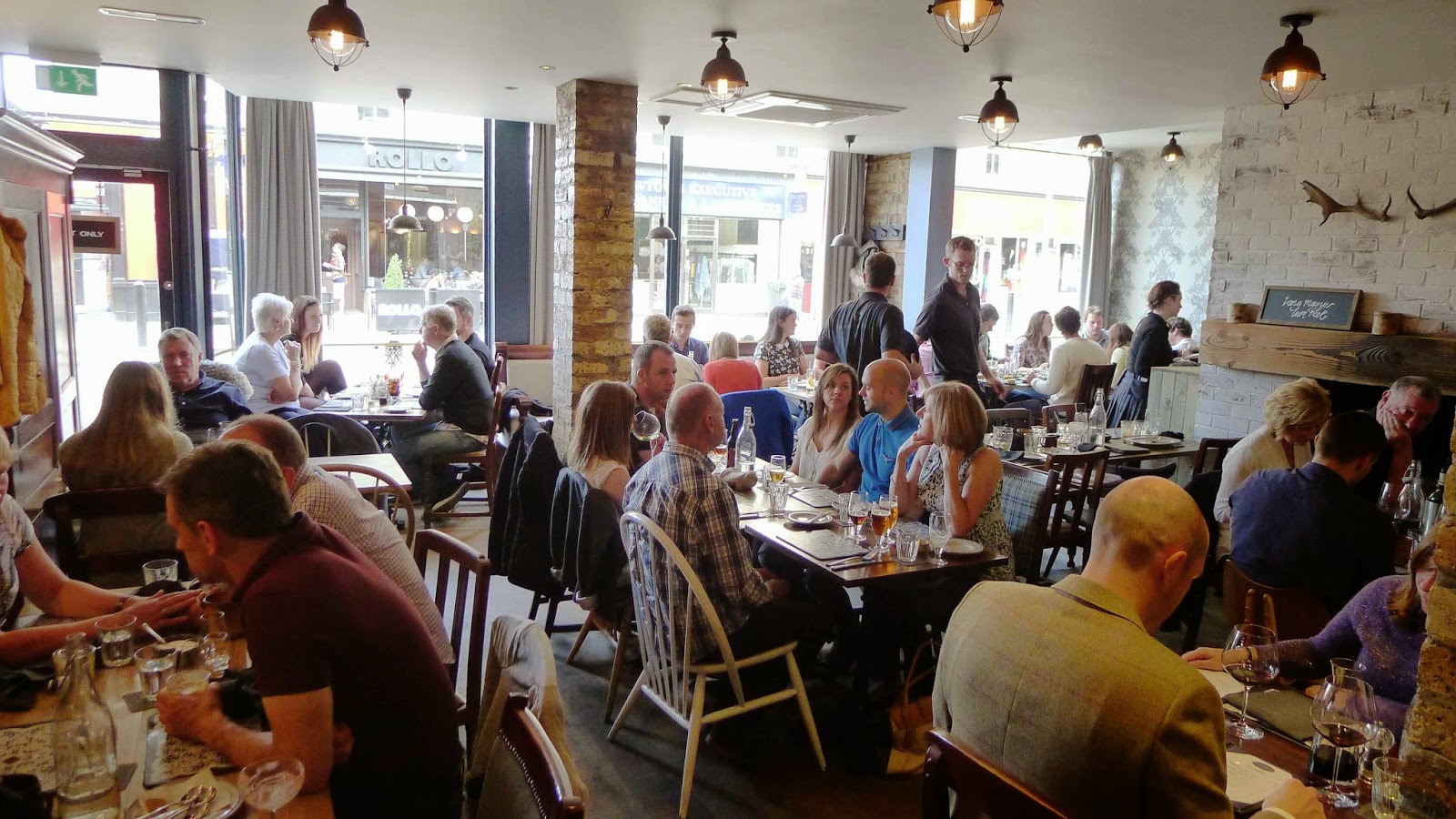 The décor, a cosy mish-mash of exposed brickwork, animal horns, filament bulbs and and fur-backed chairs is the right side of trendy.

The beer menu showcases a broad range of small Scottish brewers – I ordered a flavour-packed flight (£4.50) which included a pair of lagers from Harviestoun Brewery and one from Fyne Ales. 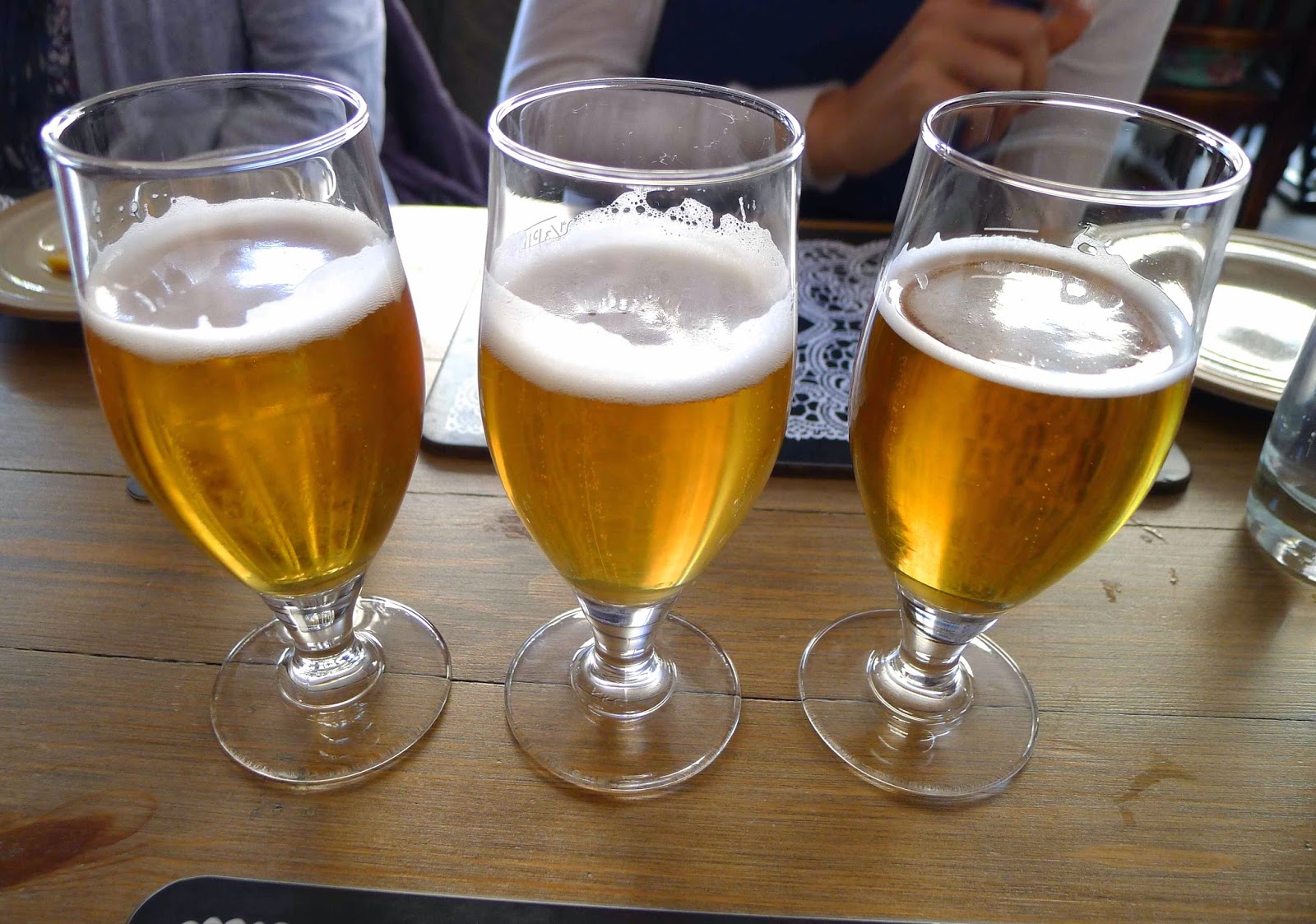 It’s the comfort food cooked with killer classical technique, however, which makes the place so darn astounding.

A sack of thick-crusted white and a light rye bread was served with soft, creamy butter. 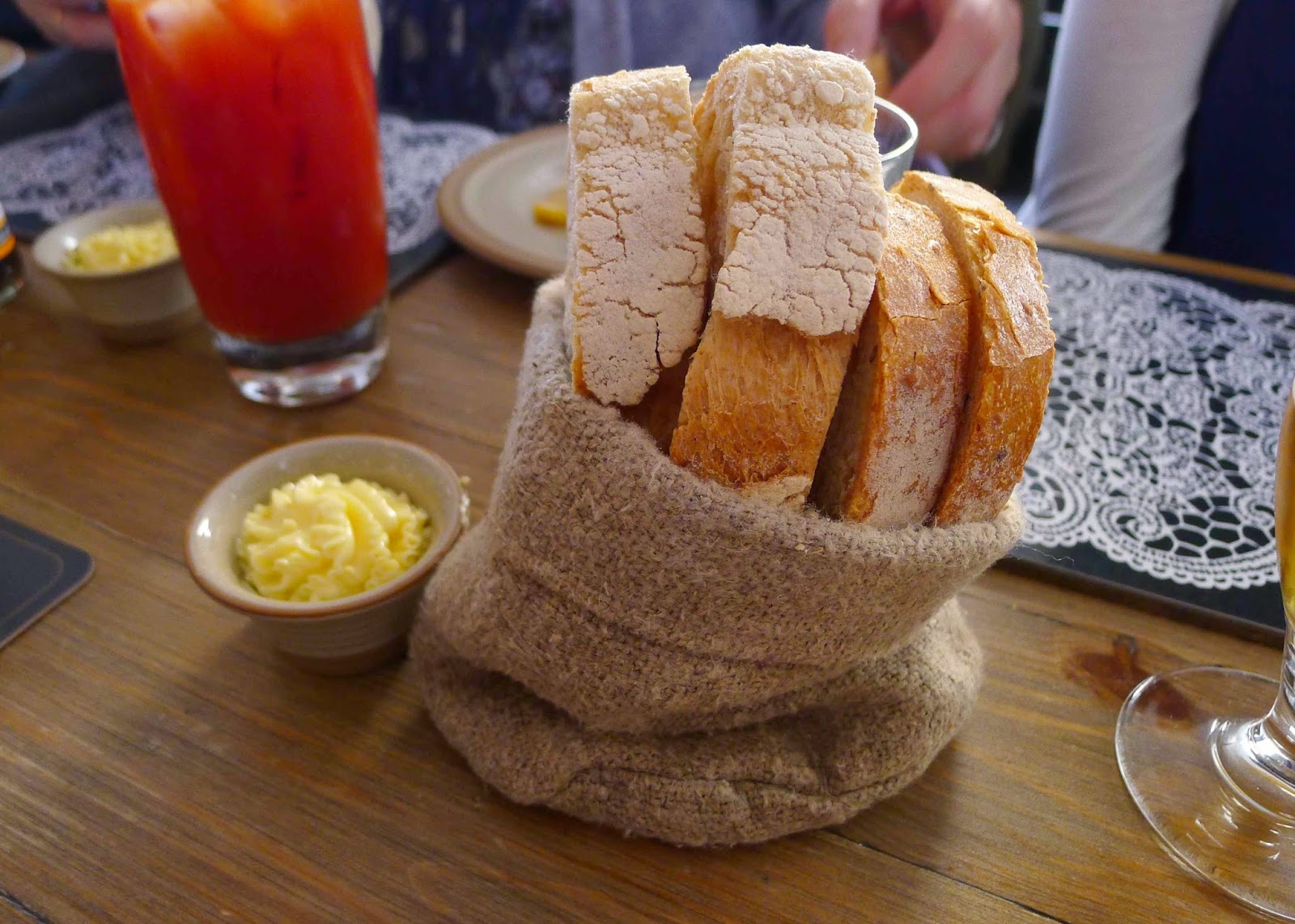 A smooth, creamy chicken liver parfait (£7.50) without a hint of bitterness was matched perfectly with sweet and sour pickled cabbage. The only criticism – the toast was too dry. It sounds a bit ridiculous but the parched doorstops were just too heavy going and thinner slices would have worked better. 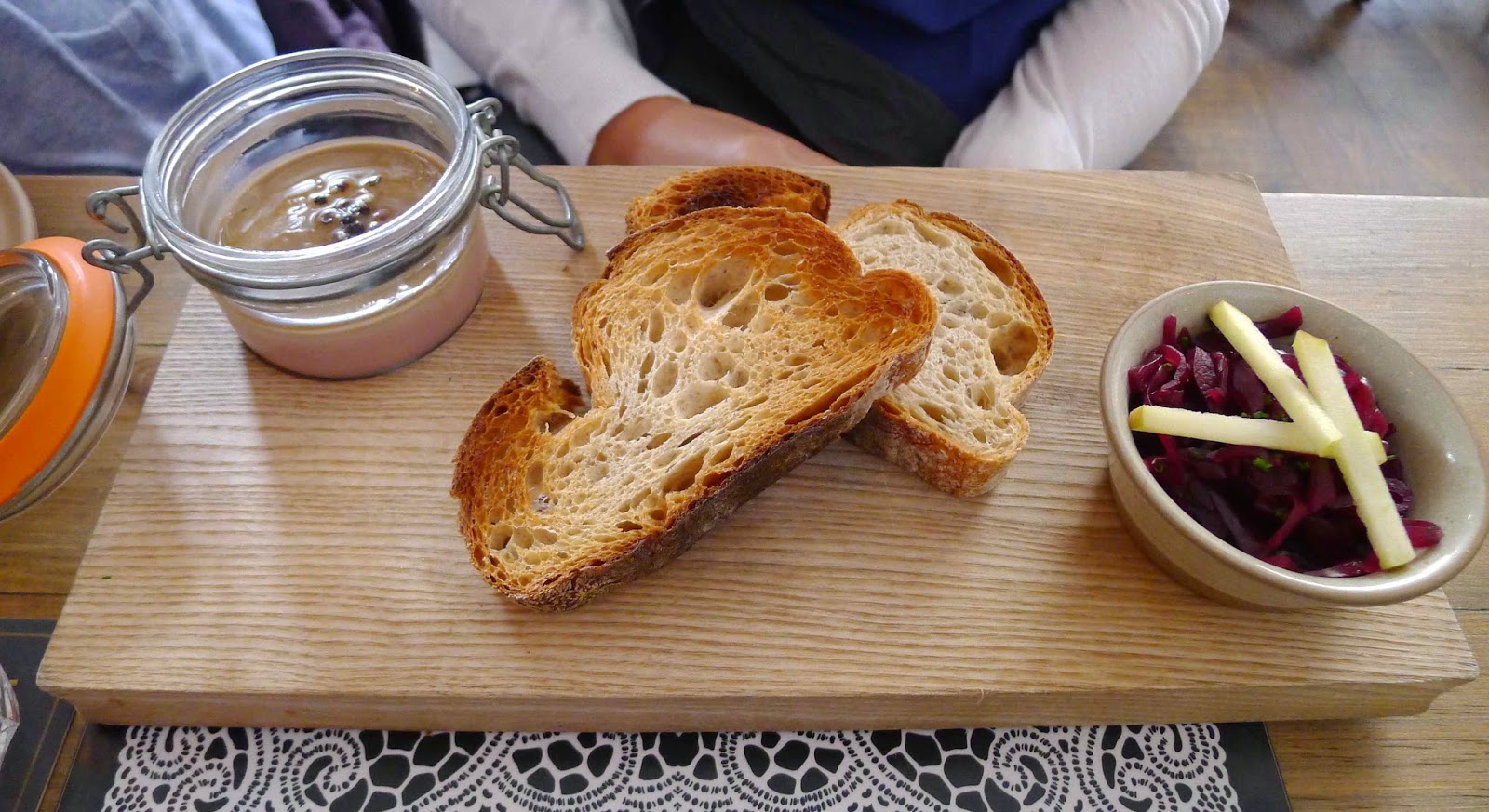 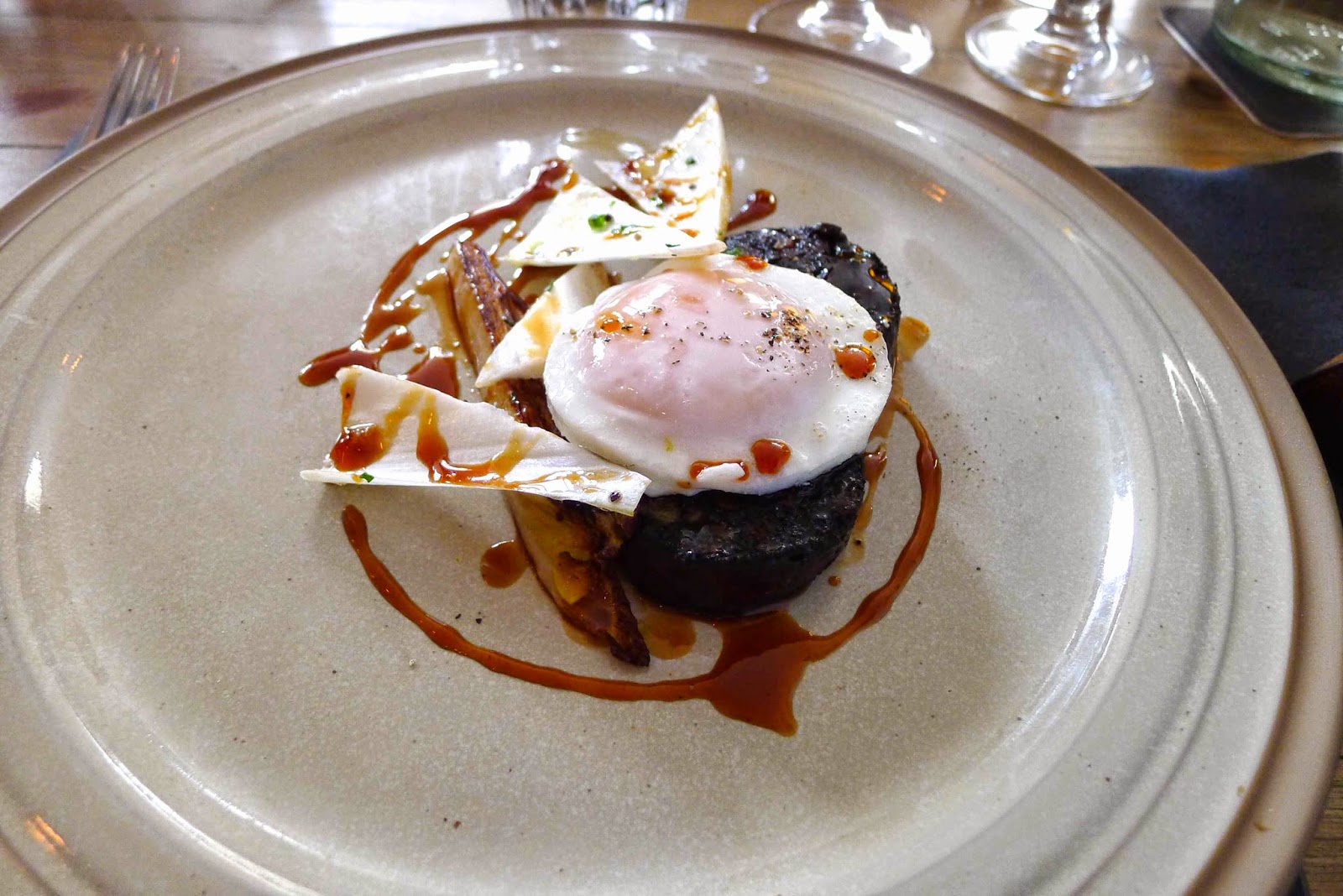 And now to THAT pie (£16). In the middle of a golden quilt of puff pasty sat a hollowed out piece of bone filled with glossy, bone marrow rich bordelaise sauce. When lifted out, the sauce seeped into the pie, enriching the uber-beefy gravy which was chock-a-block with tender steak, mushrooms and onions. 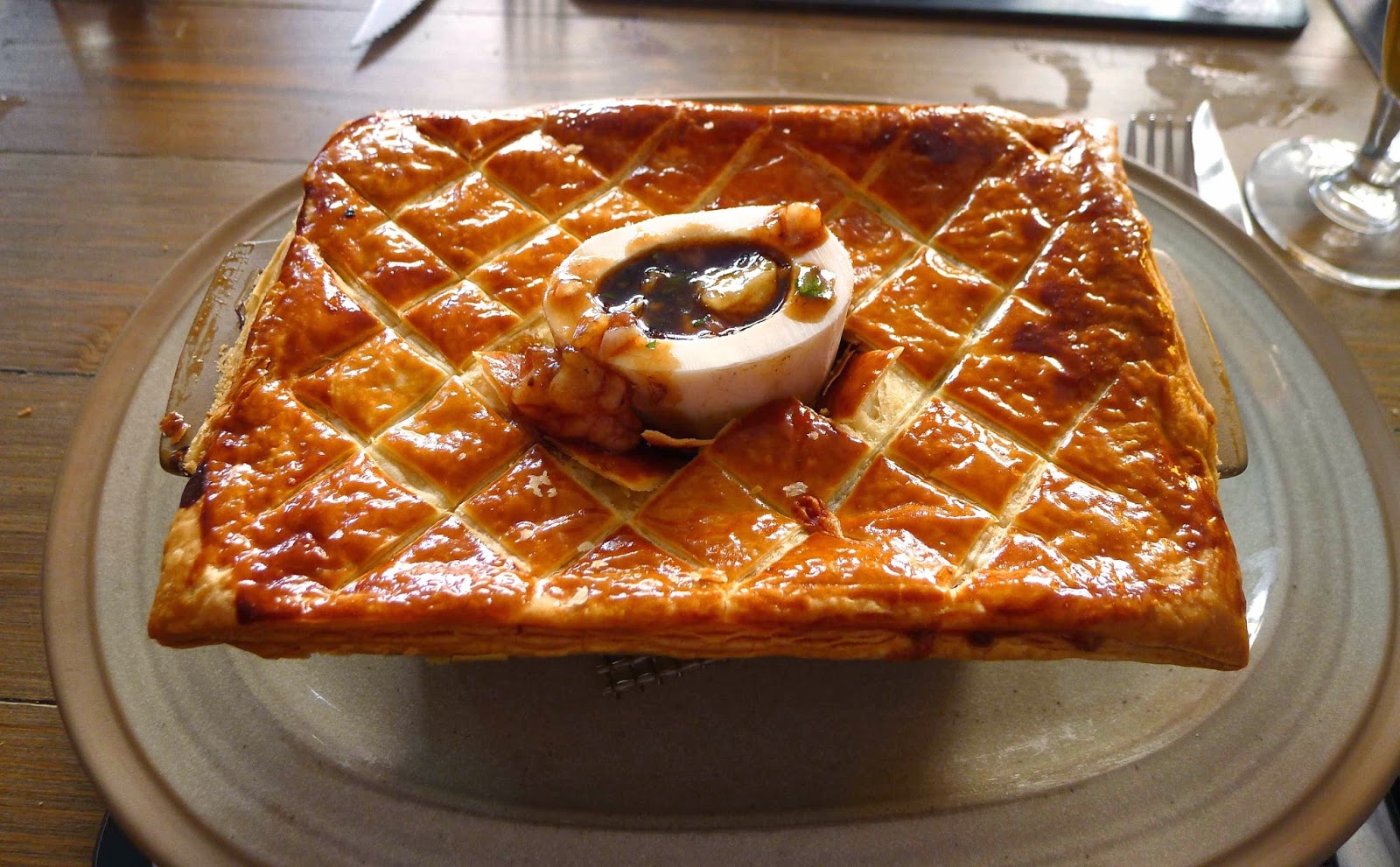 A boulder of supremely soft shredded lamb shoulder (£19) perched atop a fricassee of peas and carrots in glistening gravy. 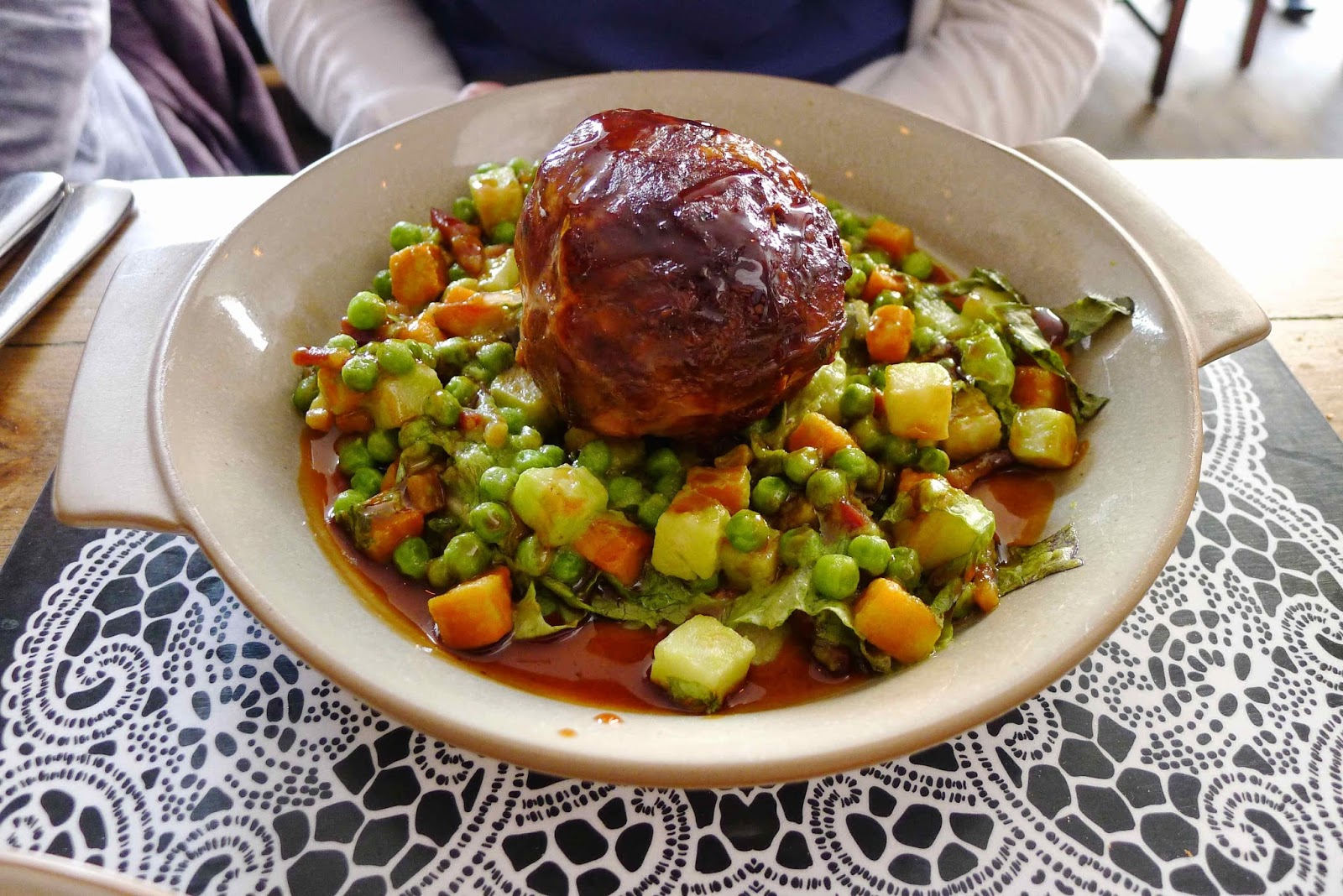 Golden-crusted cauliflower cheese was the best I’ve ever tasted (£5). Soft cauliflower, without a trace of tough stalk, was coated in a well-balanced cheesy, lightly mustardy sauce. 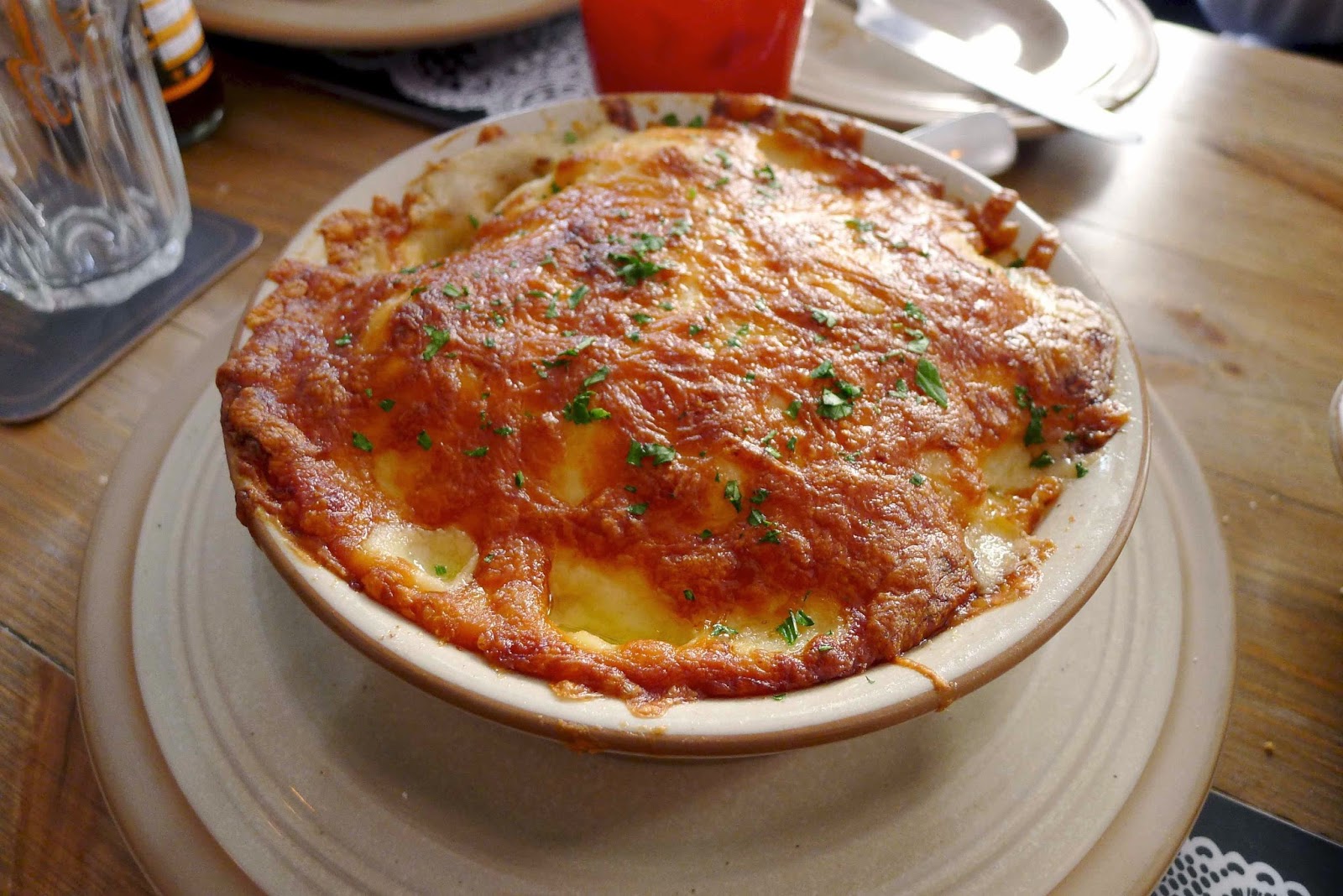 Roasted carrots (£3.50) were al dente and served in a not too rich glaze of honey and butter. 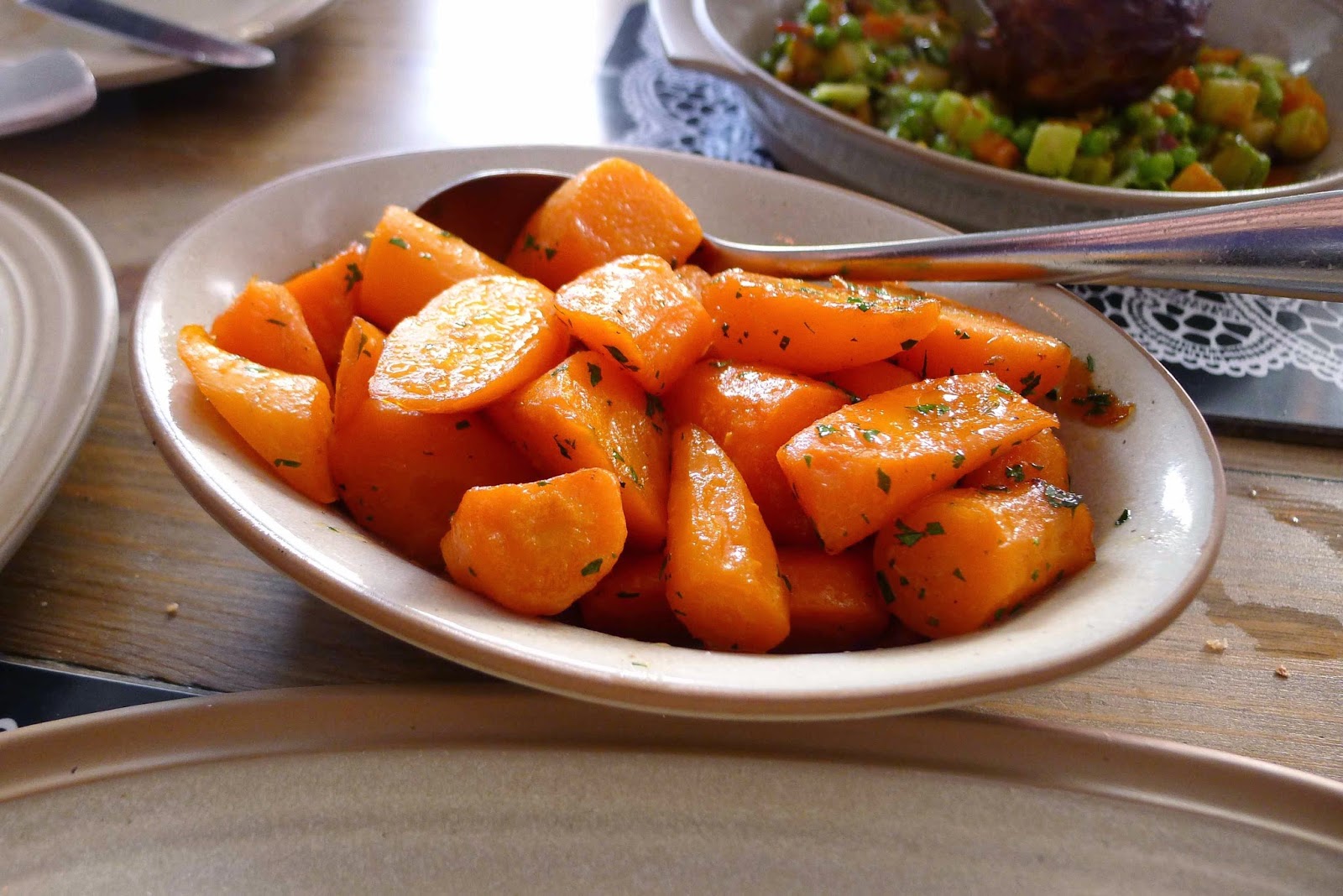 Puddings were a pair of modern classics.

Creamy rice pudding (£5.75) with a hint of coconut sat beneath a crisp brandy snap topped with light raspberry sorbet. 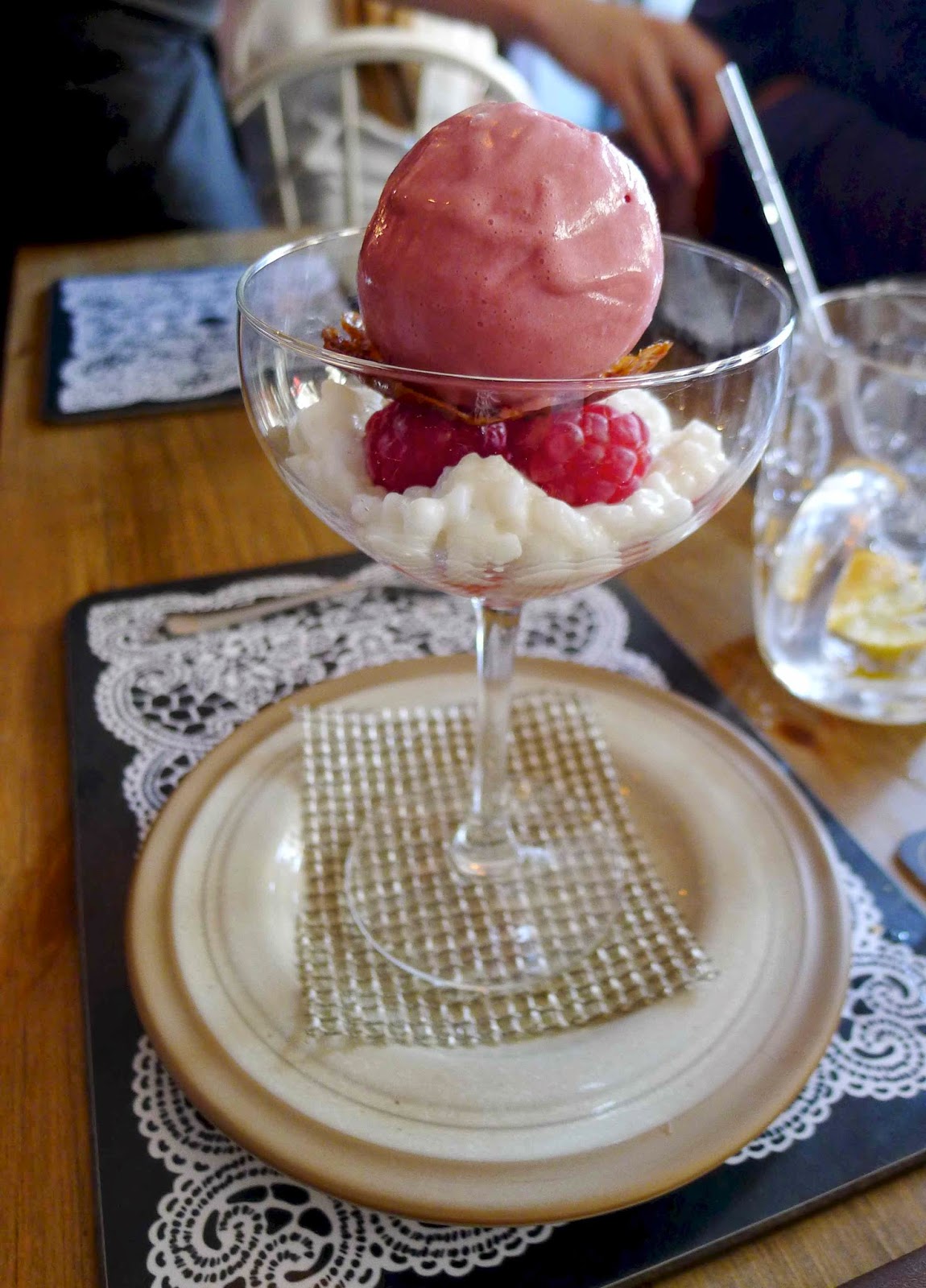 An immense blueberry tart (£5.50) with super thin pastry, a light frangipane and berries softened to the consistency of jam, was freshened up by the presence of fresh fruit and a stellar vanilla ice cream. 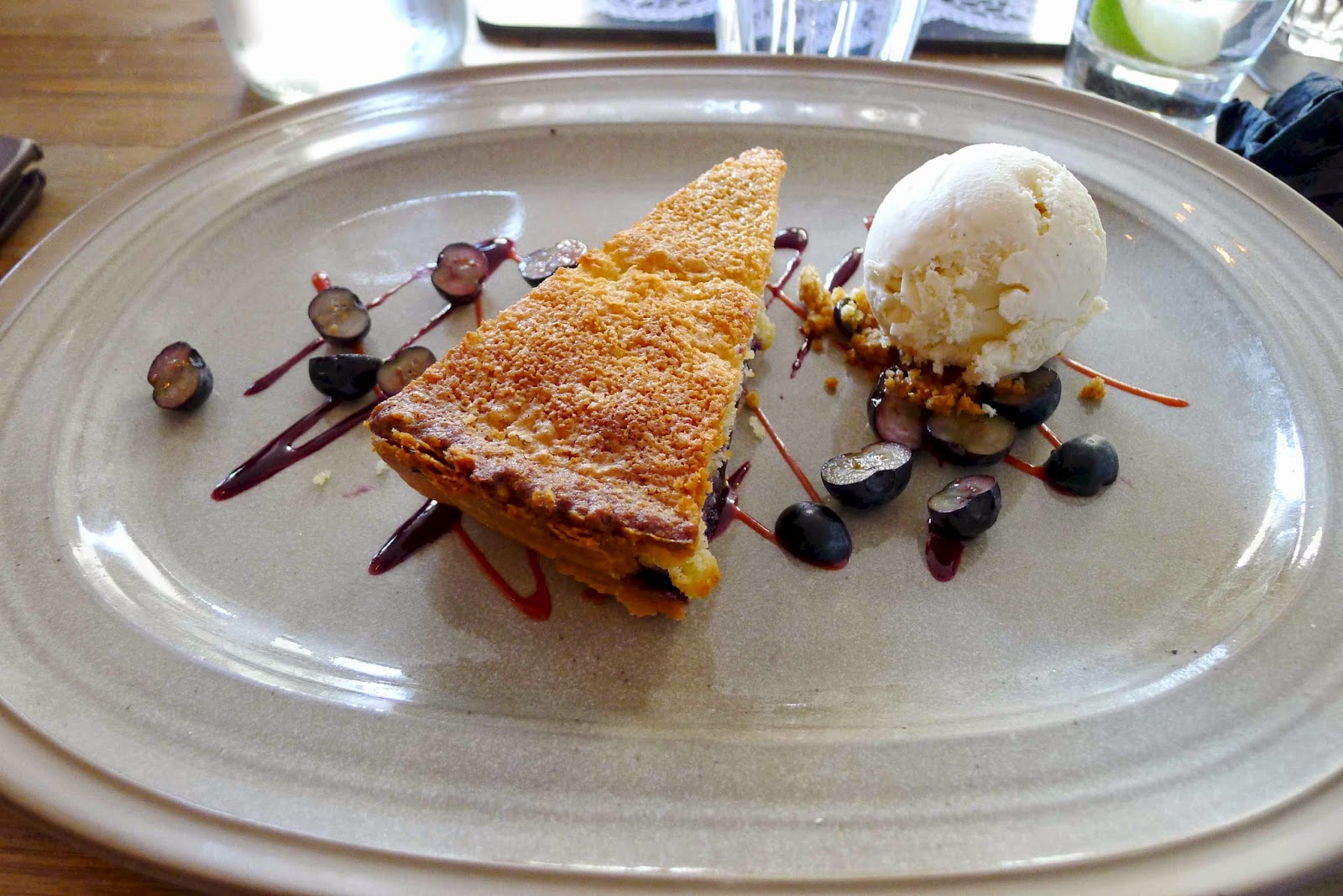 As far as criticisms of the food go, there are none. In fact, it was my favourite meal of the weekend’s all star line-up.

However, as the restaurant was packed to the rafters and short-staffed on a bank holiday weekend, service at times ground to a halt. Thankfully, we weren’t in a rush so the two and half hours it took to eat three courses wasn’t too much of a bind. The waiter’s apology and complimentary coffees also helped somewhat.