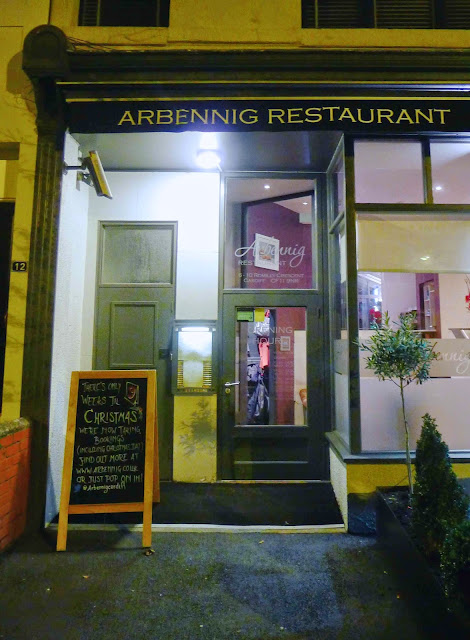 Some restaurants stay on my “to eat list” for ages with no real urgency for me to ever visit.

Arbennig is one such restaurant. Open since January this year, when the head chef of Oscars of Cardiff took over the running of the place, they’ve been quietly going about their thing with out much fanfare.

And then, the Good Food Guide 2015 came out in September.

And the highest rated restaurant in Cardiff was named as Arbennig.

And it was bumped up right to the top of my list.

So, we booked a table last week to celebrate the engagement of some good friends. 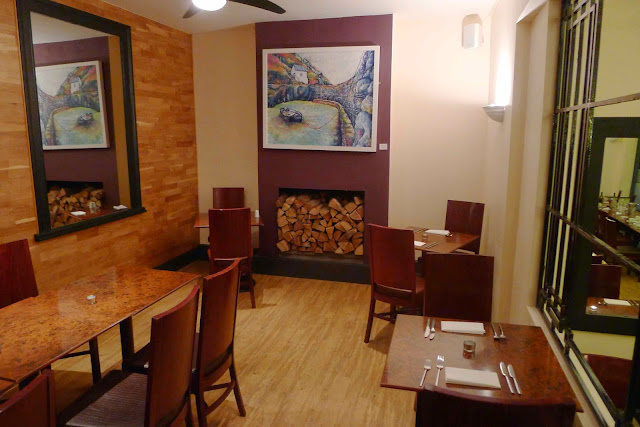 To start, a perfectly cooked crab scotch egg (£7.95) with a golden yolk, an earthy crabmeat rich case and a crisp crumb was joined by salty crisp pancetta, sweet pea puree and mild wasabi cream. There was a lot going on this dish but everything balanced well. 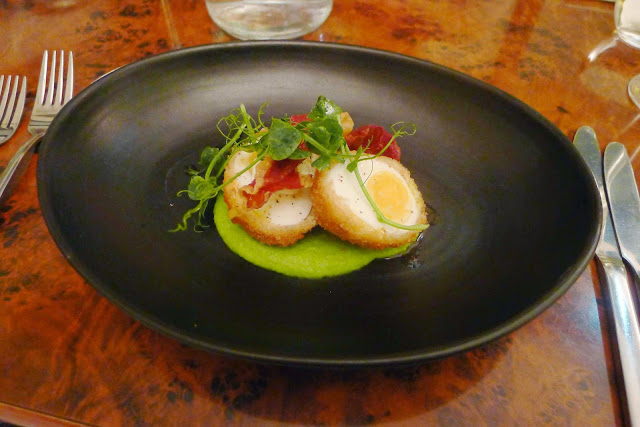 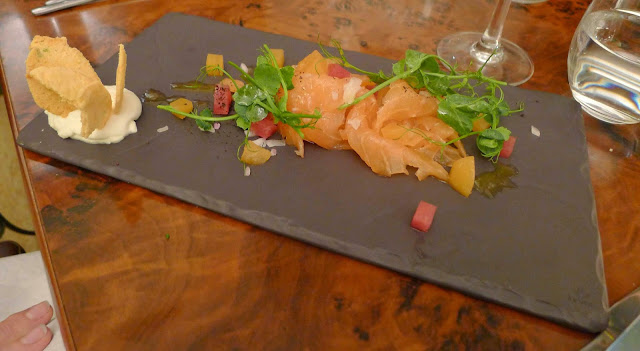 For main, a blushing pink duck breast (£18.95) with golden skin and well rendered fat was accompanied by uber-smooth mash enriched with garlic and goats cheese, toasted pine nuts (which added a nice bit of bite) and shredded sprout tops for a touch of greenery. An interesting marmalade sauce was well spiced but a touch too sweet to cut through the dish’s richness. 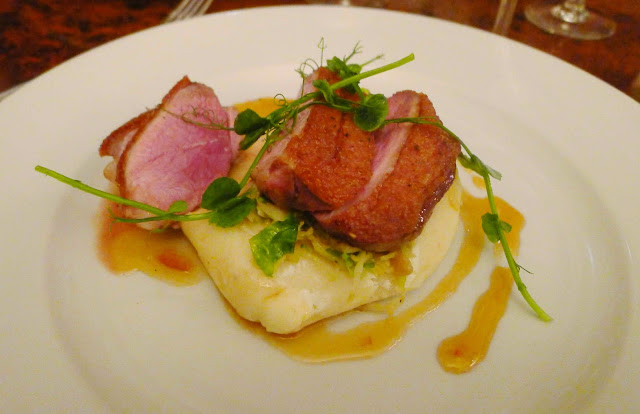 Golden tinged tender pork belly (£16.50) with a mustard and apple sauce sat atop a pile of bubble and squeak. Crisp and soft in equal measure the tender potato was flecked through with just the right amount of cabbage.

Both mains however could have done with some vegetables on the side. At best, I’d expect them to be included in the price of the dish. At worst, I’d expect some upselling of a few sides. Unfortunately, we had neither. 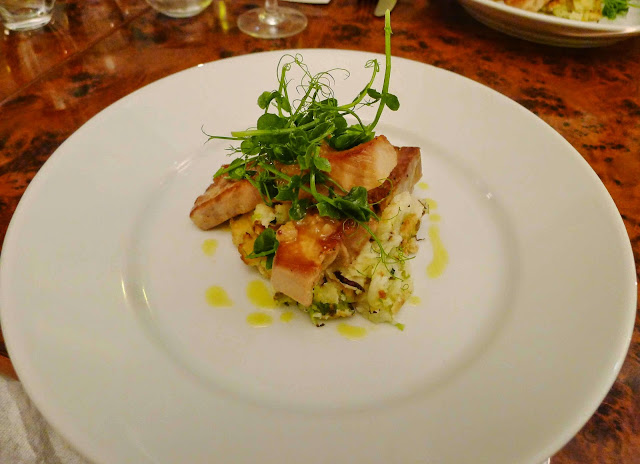 Dessert brought my favourite dish of the night.

A tea crème brulee (£6.25) combined the brutishness of a mug of builder’s tea with the refinement of the classic French dish. Fragrant, sweet and creamy, the smooth custard was topped with a cracking layer of caramel. A scoop of custard ice cream, reminiscent of the filling of a custard cream, completed this magnificent dessert. 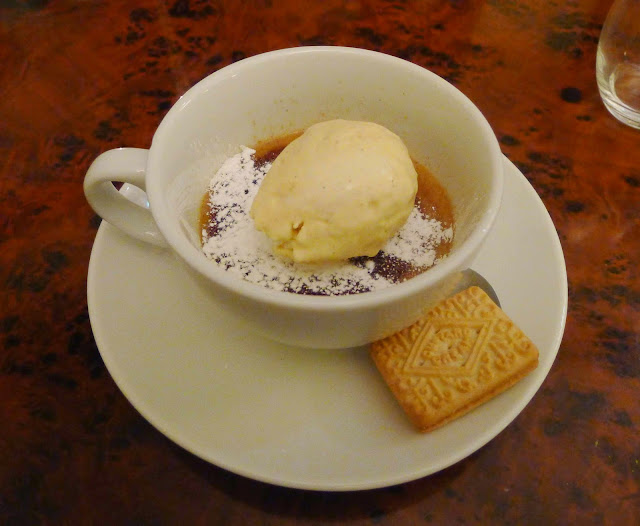 A warm gooey brownie (£6.50) served with a top dollar scoop of raspberry ripple ice cream and a smear of peanut butter contributed to a modern interpretation of another classic flavour combo. 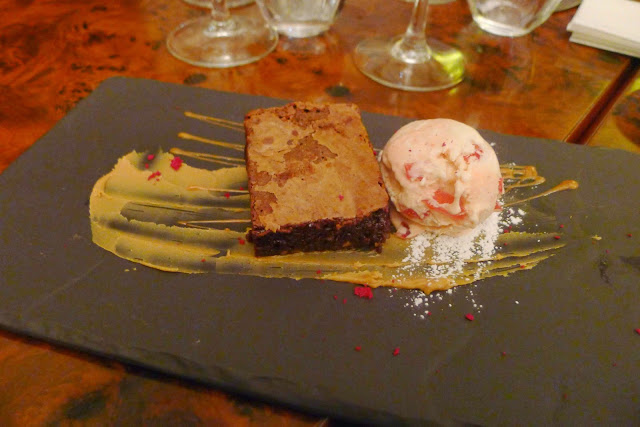 Finally, an apple crumble (£5.50) was the least impressive. Whilst a liberal portion of stewed apple was well spiced with cinnamon, the sparse quantity of oat topping meant the dish was taking liberties with its title of crumble. 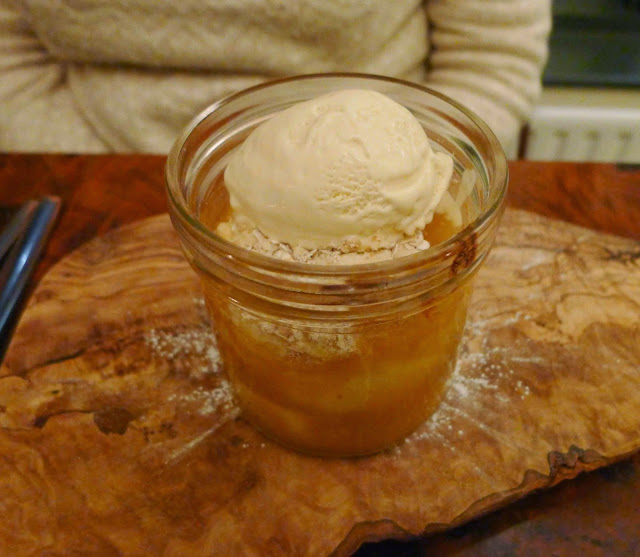 However, it’s worth noting it's not exactly a bargain. Also, the dining room was brass monkeys - they need to light up one of those open fireplaces which are dotted around the restaurant.