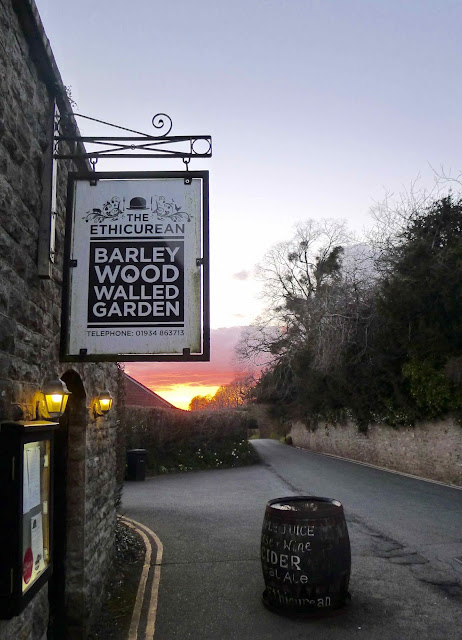 With sweeping views over the Mendips, the Ethicurean’s walled garden location 10 miles south west of Bristol is pretty frigging special. So too is their ethos of sourcing all of their fruit and vegetables either from within their garden or from another community garden located less than ten minutes' drive away. Meat and fish mostly come from within an hour’s drive. 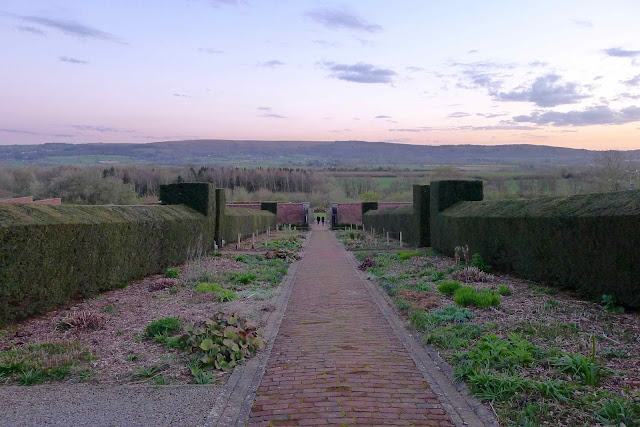 There’s first rate cooking to accompany the first rate produce and chefs Matthew & Iain Pennington have been recognised by being named Guardian restaurant critic Marina O’Loughlin’s second favourite restaurant in the whole of the UK and the Observer’s Best Ethical Restaurant in the UK in 2011. 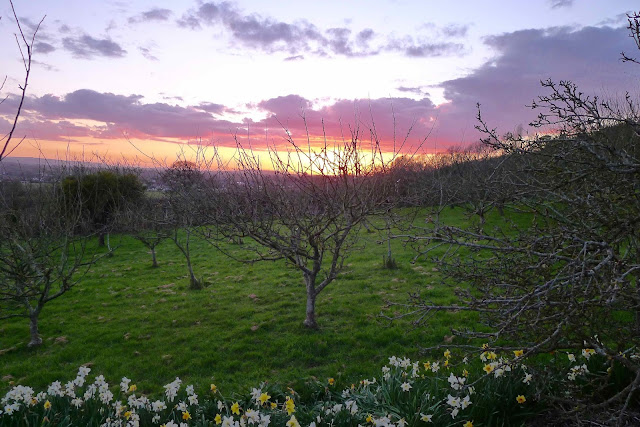 During the daytime, The Ethicurean offer an a la carte menu whilst in the evenings (when we visited) there’s a no choice five course set menu which will set you back £41. 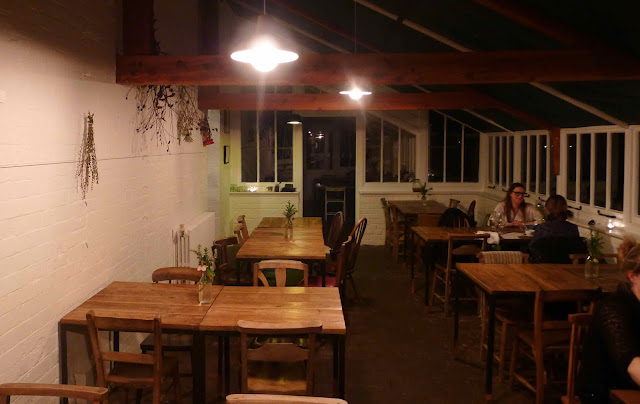 Whilst we waited for our friends to arrive, we ordered a clutch of drinks made from The Ethicurean's homemade selection of cordials, juices and tinctures. A cockle warming Gardener’s Old Fashioned (£9.50) combined Somerset cider brandy, bitters, toffee apple cake syrup, vanilla and chipotle. As the designated driver, I ordered a delicious mocktail (£4.50) combining apple juice pressed from the fruit of the garden’s orchard, honey and bitters. 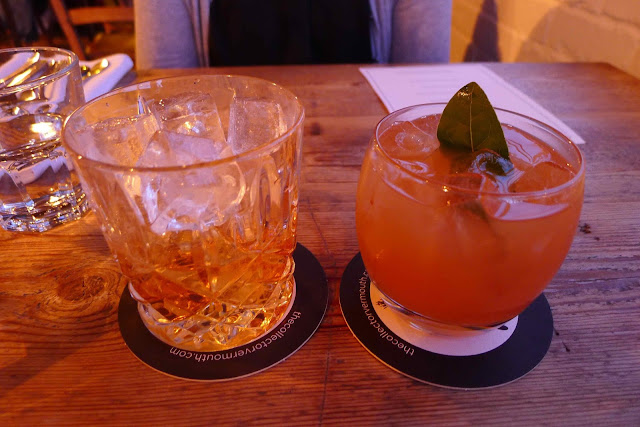 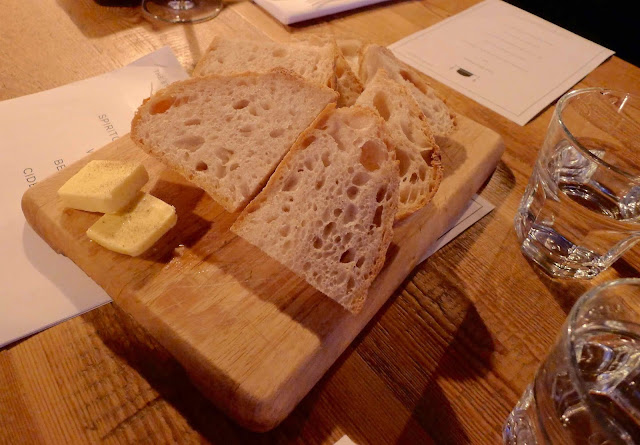 A smooth, complex and faintly bitter fermented leek and smoked potato soup was balanced well by oozy cubes of creamy and funky Ogleshield cheese and a spiced dukkah seed and nut mix. 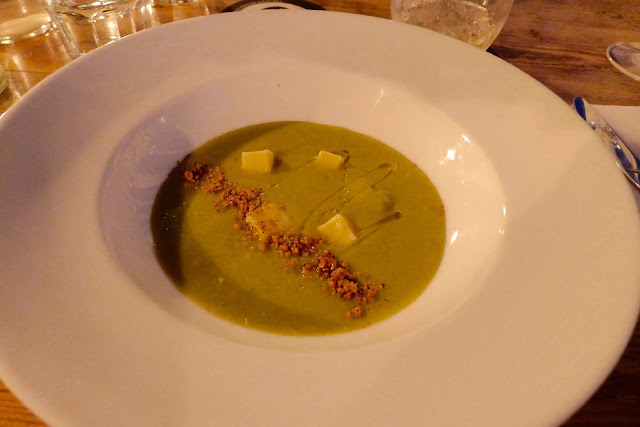 Next up, segments of al dente earthy beetroot were matched with a creamy beetroot crème fraîche, salty granola and a tangy ball of ewe’s curd. 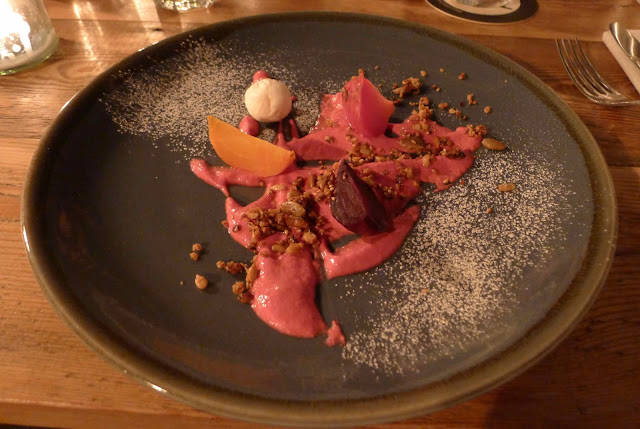 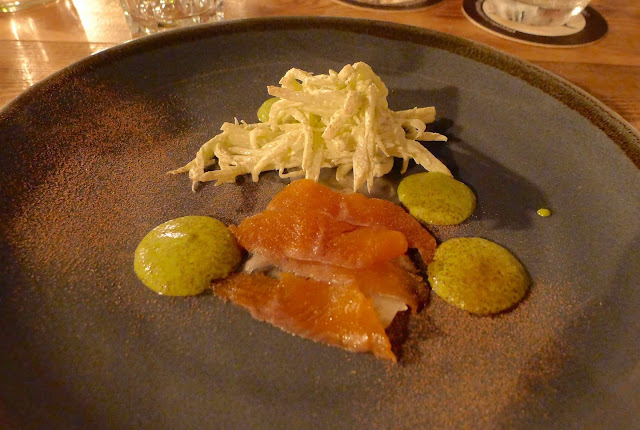 A duck breast was of the highest quality - pink, tender, well-flavoured and with crisp, rendered fat it was served with steamed kale, buttery carrot puree, ribbons of lightly pickled carrot and a sticky jus. 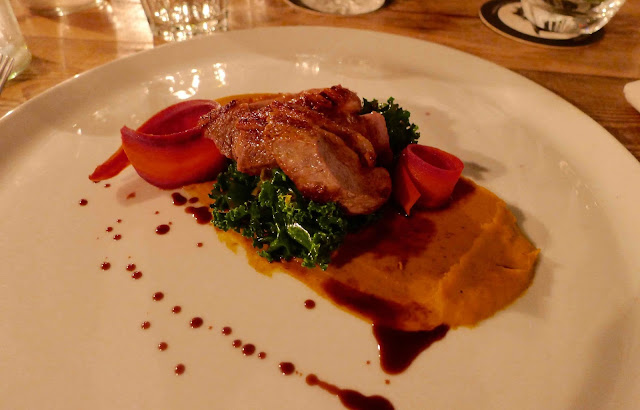 Dessert was equally brilliant. A light and sticky toffee apple sponge, crunchy honeycomb and an intense blackcurrant sorbet were all on the nail. 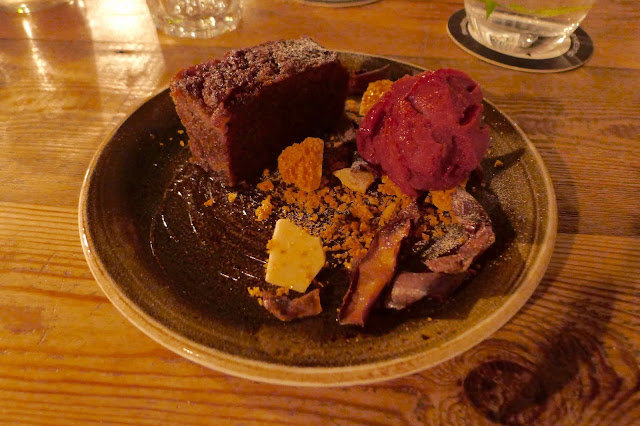 I loved dinner at The Ethicurean, the ethos, the friendly serving team, the setting and the clever cooking are all on the nail.

If I have one criticism, a few of the portion sizes could have been bigger. As we rounded off the meal and the table polished off its second bottle of wine, my friend exclaimed he could murder a cheeseboard.