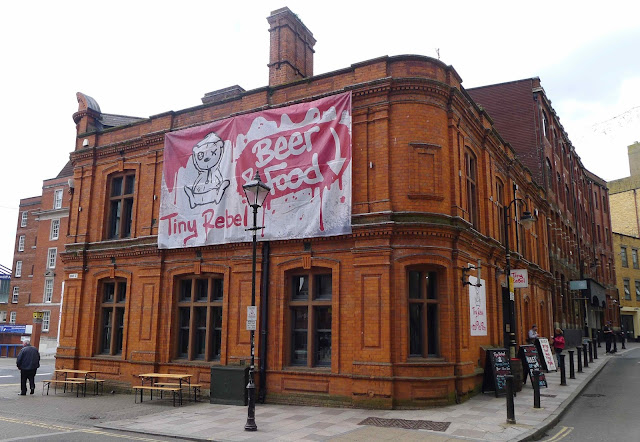 I’m a fan of Tiny Rebel. 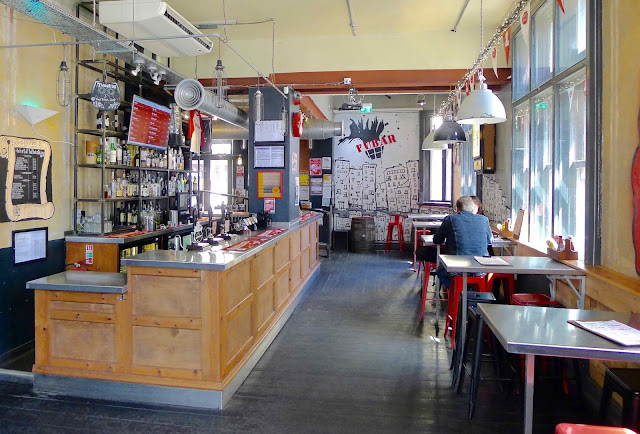 Since my last visit, their flagship pub in the middle of Cardiff has rebranded from Urban Taphouse to Tiny Rebel (brand consolidation innit). They’ve also appointed a new head chef who’s refreshed the food menu. Alongside burgers and pizzas can now be found snacks like Fubar infused Welsh rarebit, salt and pepper calamari and breaded halloumi fingers, as well as salads and vegan dishes. 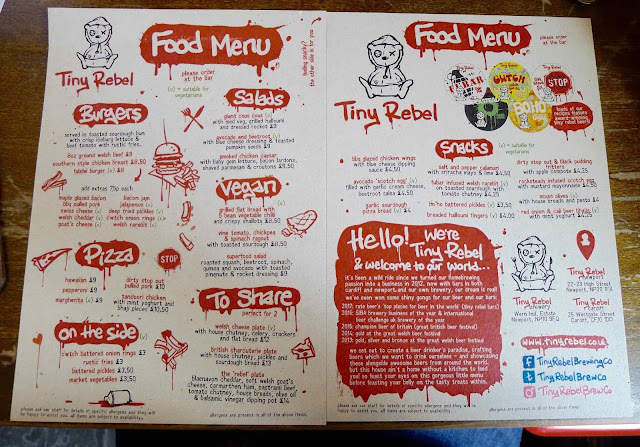 We ordered a couple of kick ass beers from the extensive craft, keg and bottle selection. My pint of Cloudwater seville orange sour was an absolute corker; light, juicy, delicately sour and bitter. Mrs G’s Zirkus was a hoppy and juicy tropical lager from the always excellent Magic Rock. 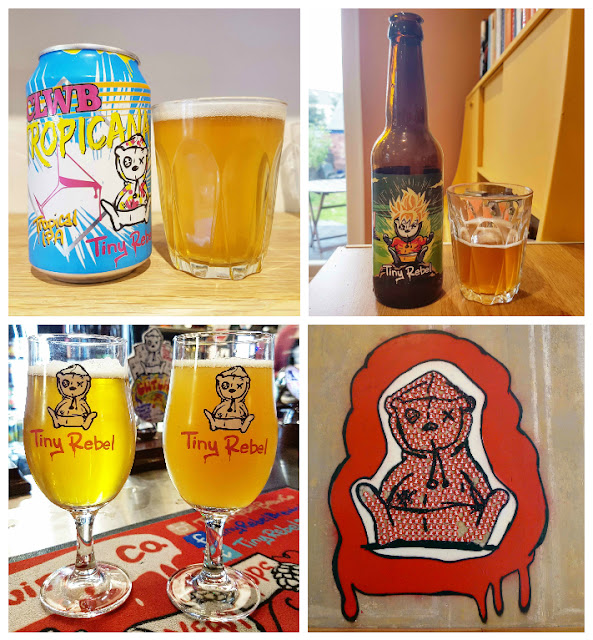 Mrs G was attempting to be healthy so ordered a salad (£9). Soft avocado, tender beetroot and mixed leaves were coated in a light and creamy blue cheese dressing and scattered with crunchy pumpkin seeds. 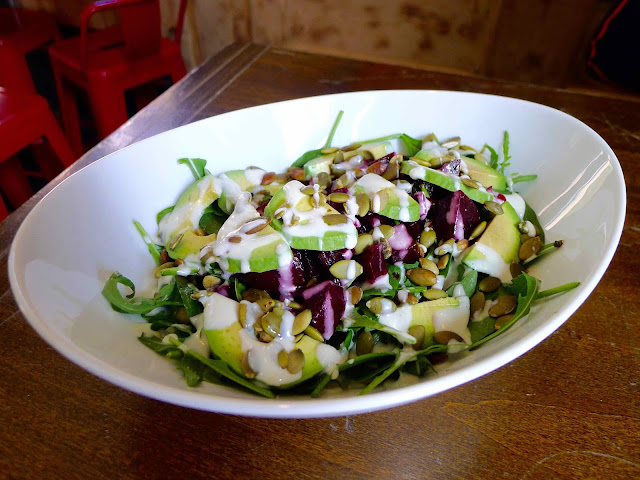 The ‘rebel plate’ (£14) comprised of pokey Blaenavon cheddar, a big slice of tangy Welsh goat’s cheese, well-spiced pastrami and a single slice of so so Carmarthen ham. Toasted granary loaf, crisp flatbreads, mixed olives and a spicy tomato chutney completed the dish. This was a good plate but I don’t think it warranted the price tag - more meats and another cheese wouldn’t have gone amiss. 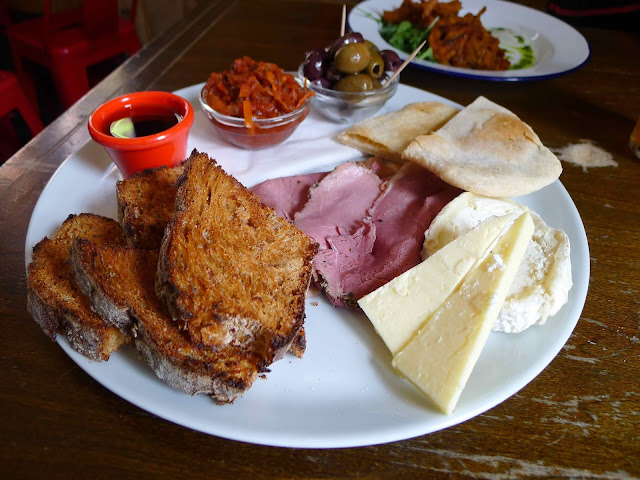 Red onion and Cali beer bhajis (£4.25) were delicious - the golden fritters had a big punch of spice that was balanced by a good dollop of creamy mint raitha. 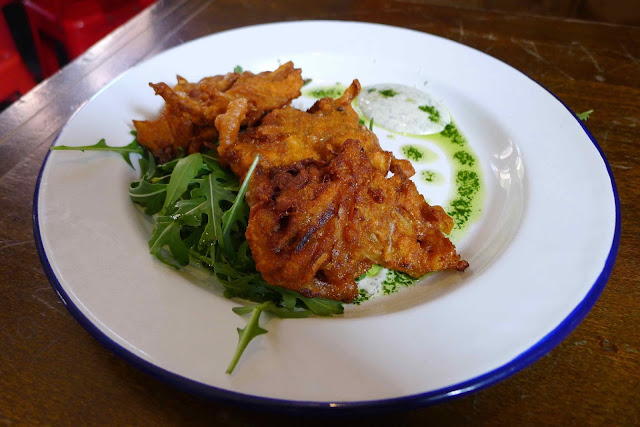 Dirty Stop Out and black pudding fritters (£4.25) divided opinion. We both liked the combination of earthy blood sausage and smoky stout with a sweet and tangy apple compote. 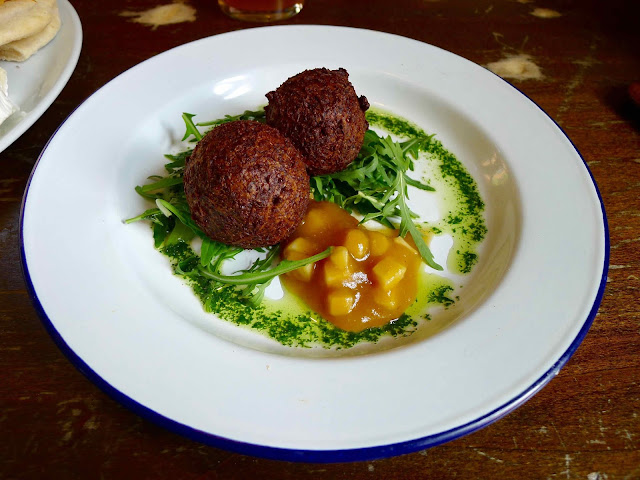 But, I didn’t like the claggy interior. Mrs G did. 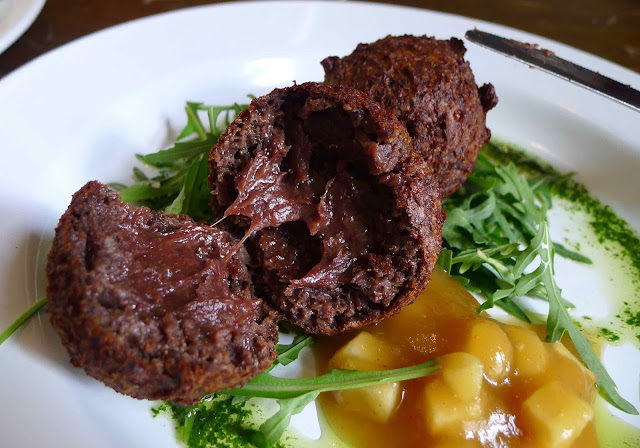 We had a good lunch at Tiny Rebel. It wasn’t without its faults. However, if you’re looking for a killer beer selection and a menu that caters to eclectic tastes and dietary requirements then it’s well worth checking out.

Disclosure - I was invited to Tiny Rebel, all food and drink was complimentary.