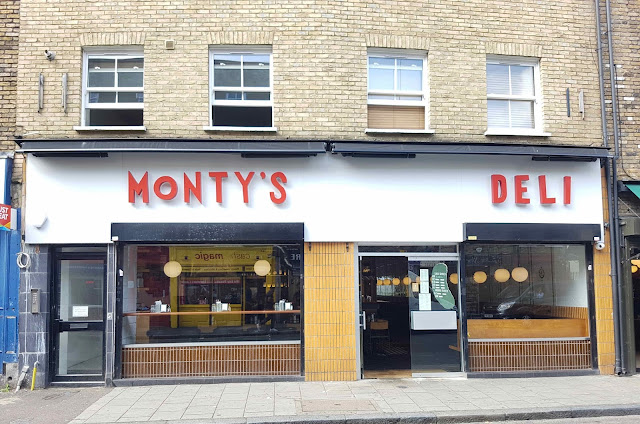 Monty’s Deli were one of the titans of the London street food scene.

Their stall at Maltby Street Market won them legions of fans, including Tom Kerridge, thanks to their epic salt beef and reuben sandwiches. 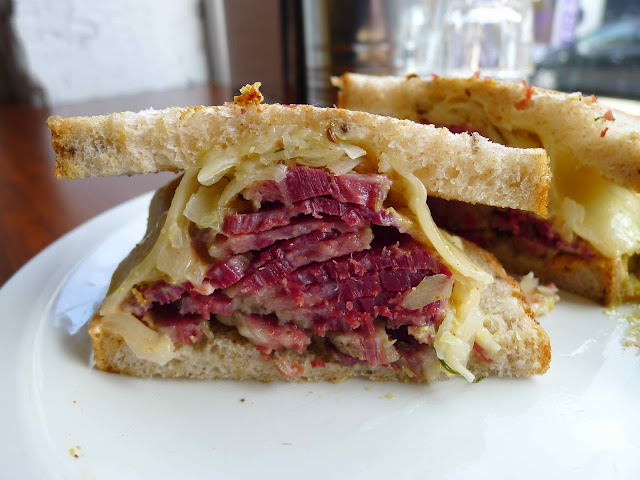 Earlier this year, they made the transition to bricks and mortar. Their gorgeously retro gaff in Hoxton looks as old as New York’s Katz’s Deli. However, the pre-worn vibe is thanks to the building’s previous guise as a baker and a butcher (it’s never been a candlestick maker). 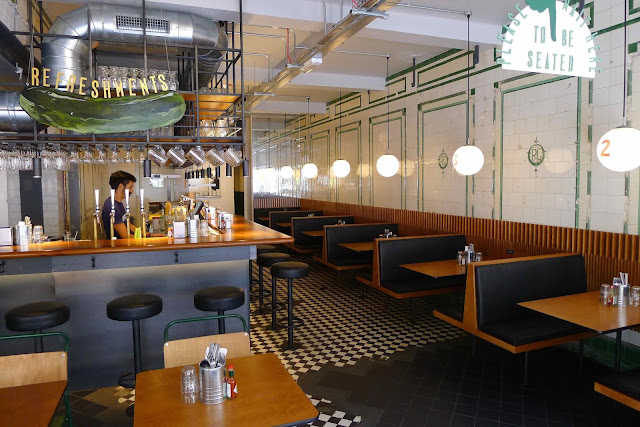 I’m a sucker for Jewish deli food and Monty’s menu is packed full of the stuff from chopped liver and egg and onion to babkas and blintzes. Impressively, everything is made on site from the bread to the cured meat. 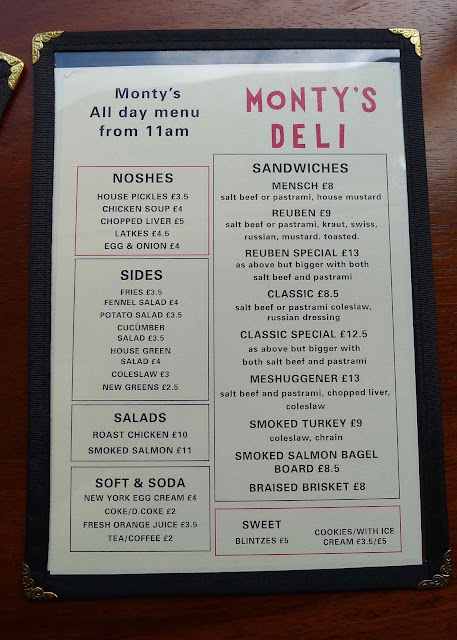 Chicken soup (£4) didn’t quite deliver the restorative meaty hit I was hoping for; it was just a little bit too light in flavour. Soft carrot, fronds of dill and lokshen (noodles) were on the mark but the kreplach (matzah balls) were a little too leaden. 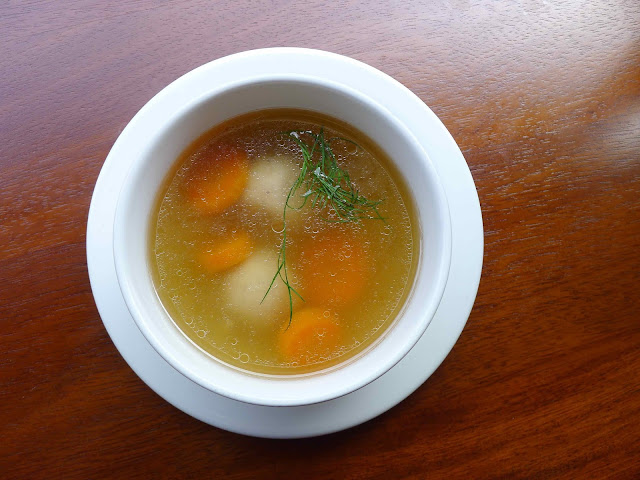 A reuben sandwich with salt beef (£9) was an absolute beauty. Served on toasted rye bread, it was loaded with flavoursome soft meat topped with melted Swiss cheese, tangy Russian dressing, punchy mustard and richness tempering sauerkraut. A refreshing pickle was perched on the side of the plate. This was as good a reuben as I’ve eaten in the UK. 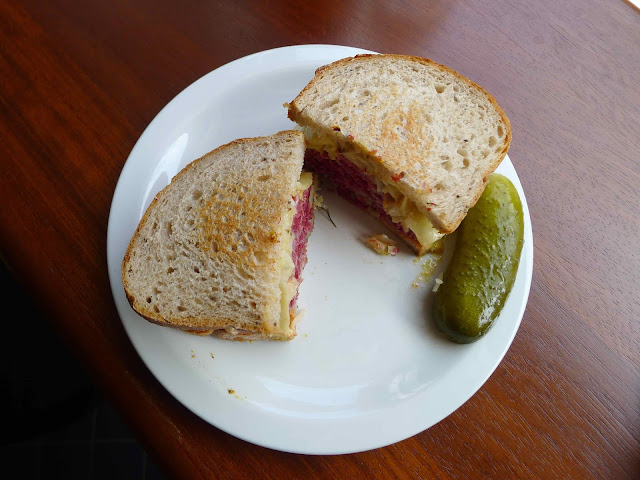 Latkes (£4.50) were bobby dazzlers too. Golden fried patties of shredded potato and onion were super crisp on the outside with perfectly soft interiors. An accompanying cream cheese dip was a lovely foil but I wasn’t sold on a pot of sweet apple sauce. 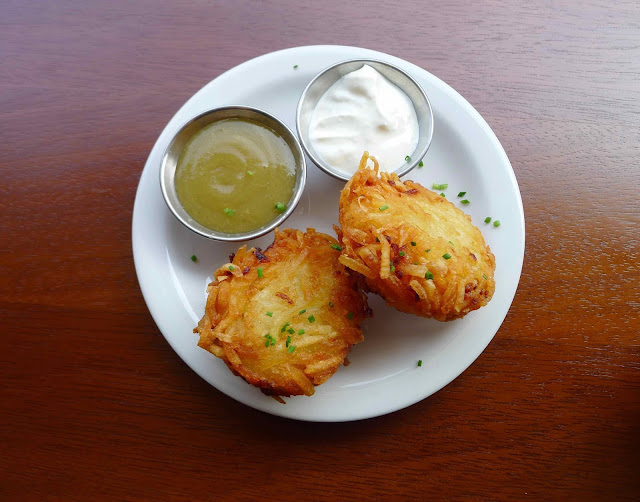 I had a delicious lunch at Monty’s. It’s a little slice of the Lower East Side and well worth a visit.