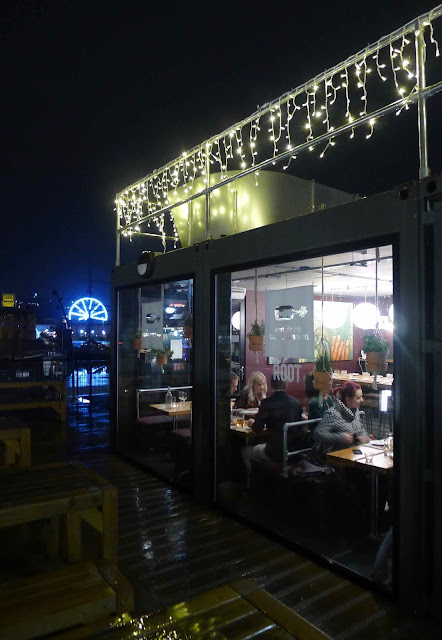 My New Year’s resolutions tend to quickly crash and burn.

In 2016 I failed to eat out in Bristol more often.

In an attempt to partly put things right, my final meal out in 2017 was at Root, a vegetable-focused restaurant in Bristol. 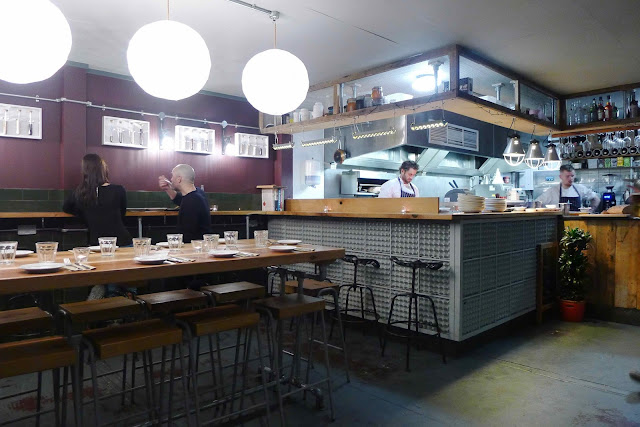 The small plate menu puts vegetables front and centre. However, for dedicated carnivores there are a handful of meat and fish dishes tucked away at the bottom of the menu.

Whilst 2-3 dishes per person is recommended, Mrs G and I flexed our waistbands and had a feast. 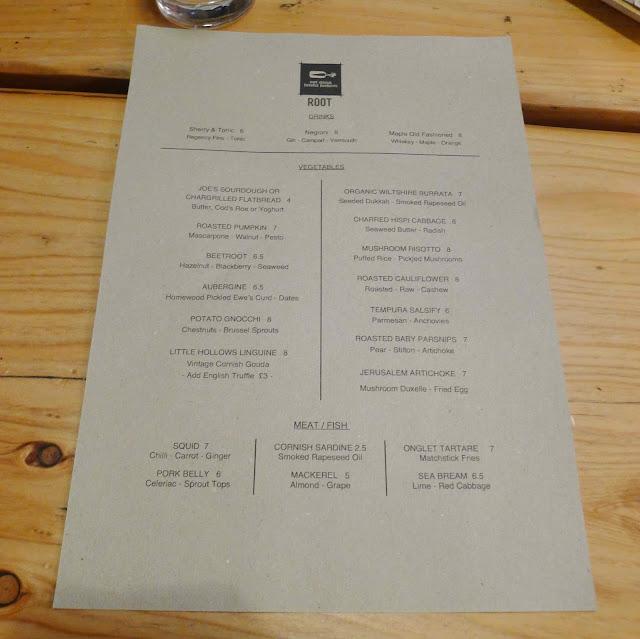 Super-light and creamy whipped cod’s roe (£4) had just the right balance of fish and salt. It was served with first rate sourdough. 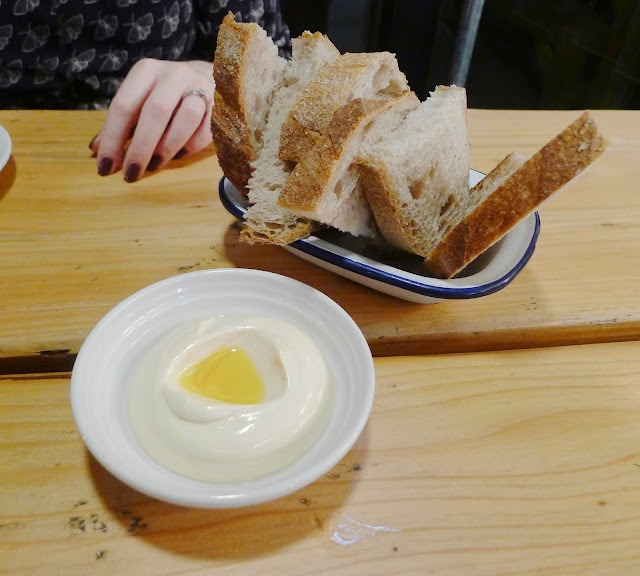 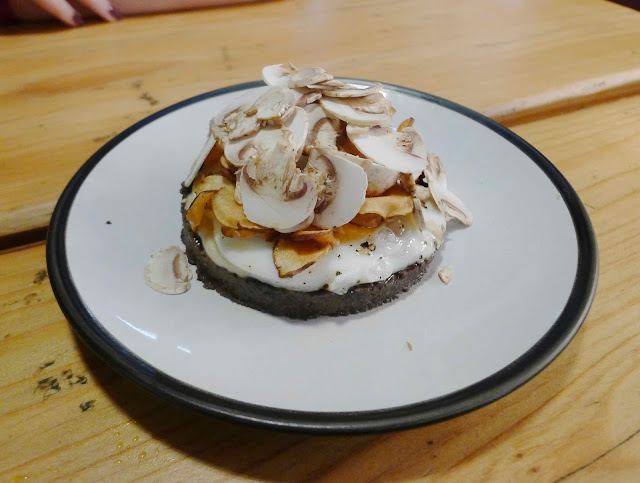 Soft and earthy beetroot pieces (£6.50) were flecked with the crunch of hazelnut and sweetness of blackberry. Discs of pickled beetroot brought balance to the dish but the advertised seaweed was anonymous. 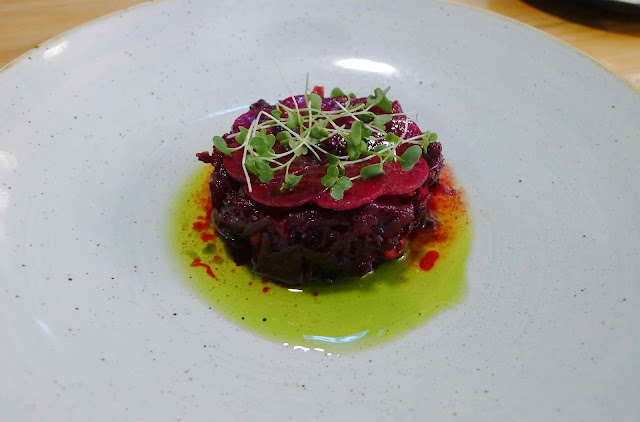 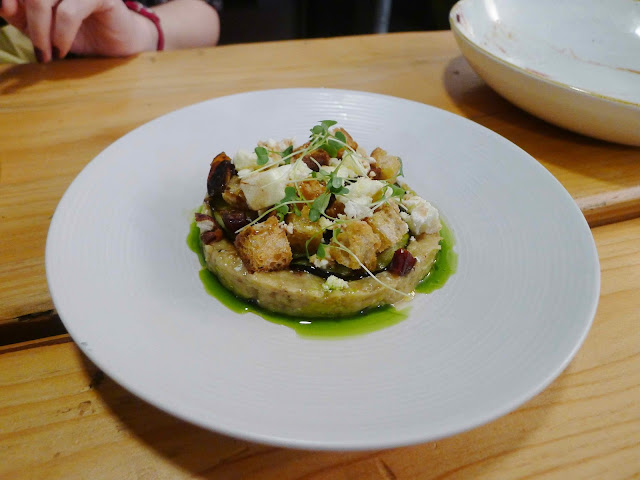 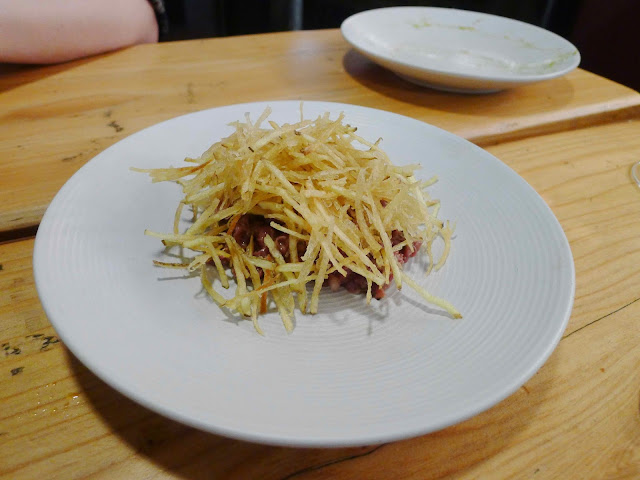 I don’t think I’ve ever had salsify (£6) other than in a puree. I’ve been missing out. The sweet, firm-textured root vegetable was served as a hyper-crisp tempura and a herb-marinated piece. It was joined by briny anchovies and uber-savoury parmesan. 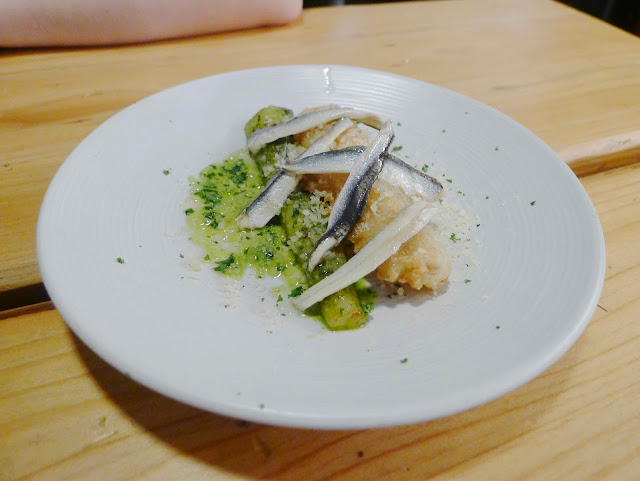 A pair of crisp-skinned Cornish sardines (£5) were as perfectly fresh as you could hope for. They were served with a simple squeeze of lemon and a drizzle of smoked rapeseed oil. 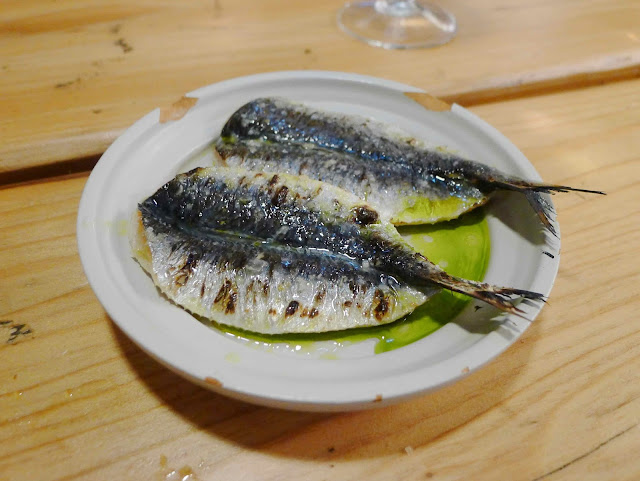 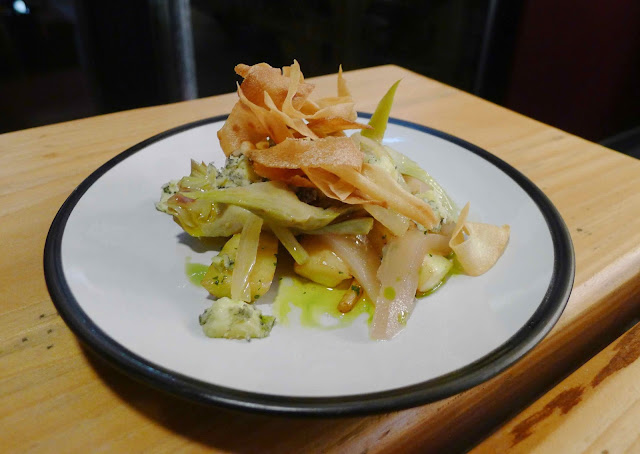 An uber-smooth, tangy and creamy lemon posset (£6) was up there with the best Mrs G has ever eaten. It was topped with blobs of lemon curd and pretty shards of meringue. 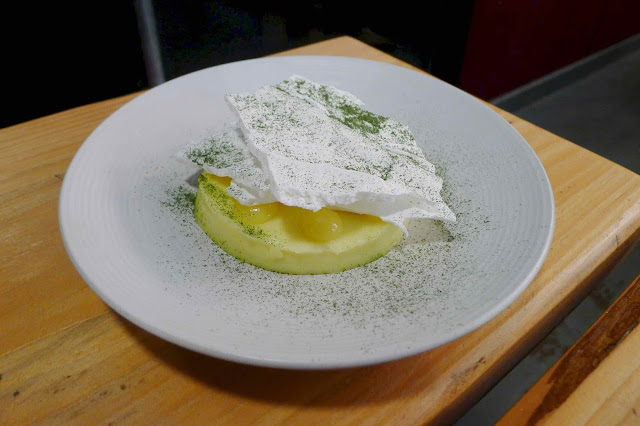 My dessert was infused with the warmth of sweet booze. A crisp-based vanilla cheesecake (£6.50) was topped with sherry jelly and served with punchy sherry puree and soaked raisins. 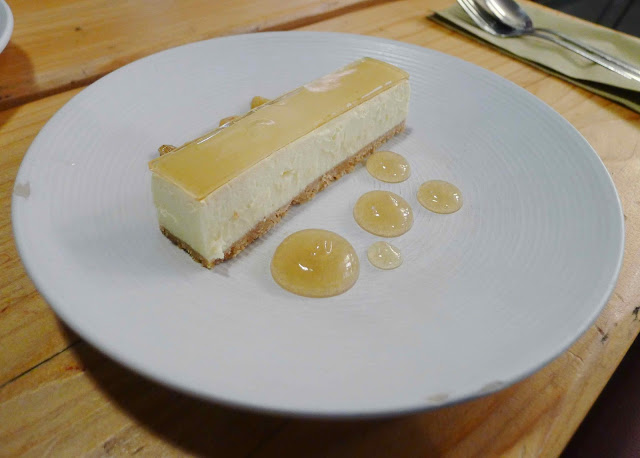 The final (and totally unnecessary) dessert for the table was a a textbook squidgy, current-spiked spotted dick (£6) that was accompanied by hyper-smooth vanilla-fragranced custard. 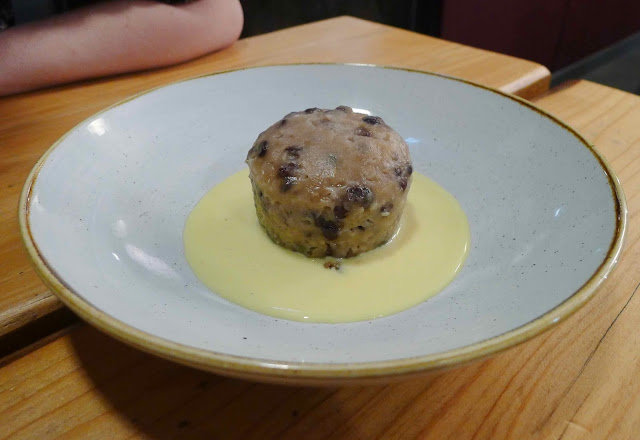 We had a fantastic meal at Root. In fact, it’s the kind of bold-flavoured and interestingly-textured food that would make it easy for me to eat less meat. Hopefully more places of its ilk will spring up.