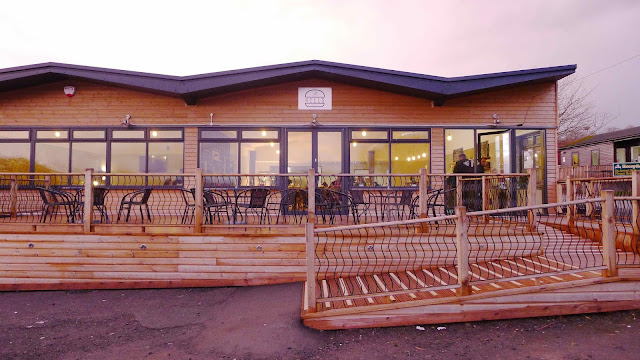 Sandwiched between a caravan park and a bus depot on the outskirts of Brecon, Hills isn’t exactly where you’d expect to find one of Wales’s best burgers.

Named after the Hills family who own the gaff, it’s apt because of the restaurant’s fantastic views of the snow-capped Brecon Beacons. 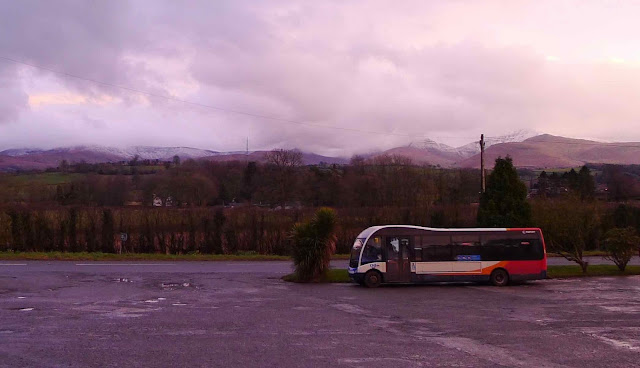 Having opened in April 2017, it took Hills less than a year to become a finalist in the 2018 National Burger Awards. Their Juan Hilario burger, topped with chorizo, manchego, confit onions and pimento ketchup, didn’t win but I’m impressed.

And, with local suppliers including Alex Gooch bakery, Paddy Sweeney butchers and Llanfaes Dairy ice cream, all the signs are in place that Hills will be worth the one hour drive from Cardiff.

The restaurant is a cavernous space that could accommodate a legion of burger munchers. 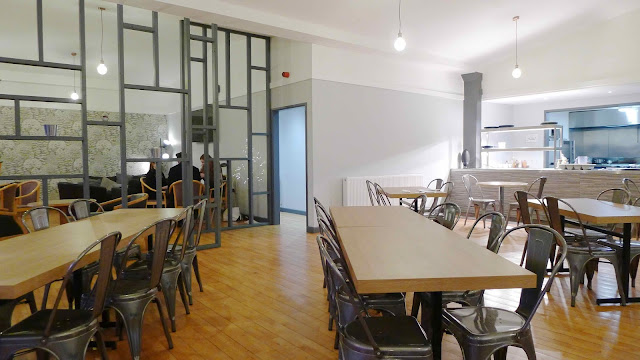 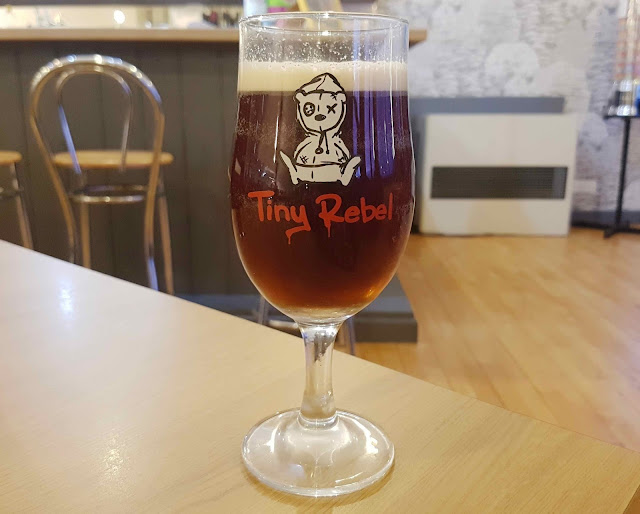 Whilst Hills’ menu offers ten different classic, monthly special and vegetarian burgers as well as hot dogs and steaks, they also have a build your own burger option with eclectic toppings including sauerkraut, creamed corn, black pudding and halloumi. 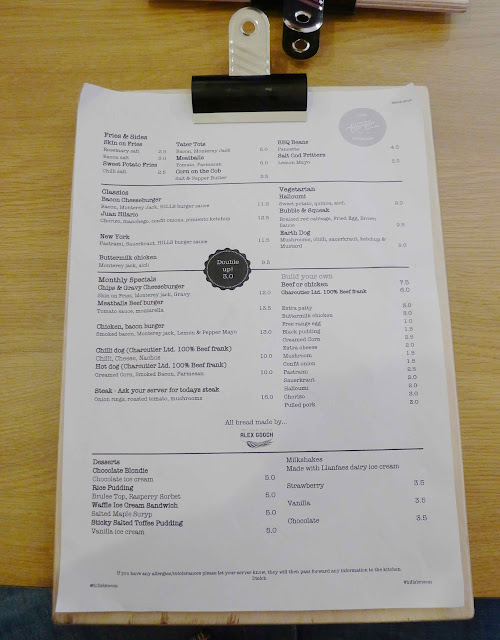 I opted for the double bacon cheeseburger (£14), which unbeknownst to me was a quadruple cheeseburger as they come with two patties as standard.

It was a towering juicy delight. 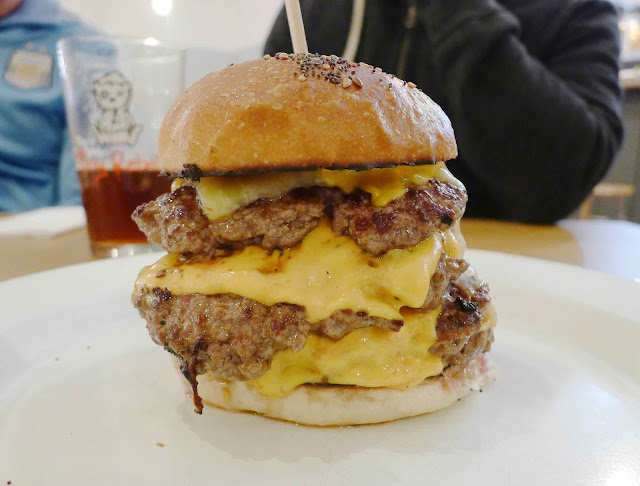 The Alex Gooch demi-brioche roll is one of my favourite burger buns for a reason. Sturdy and soft it held together under the weight of all the beef.

Looking back at my photos I suspect the bacon was missing. However, I was too lost in a meat trance to even notice. 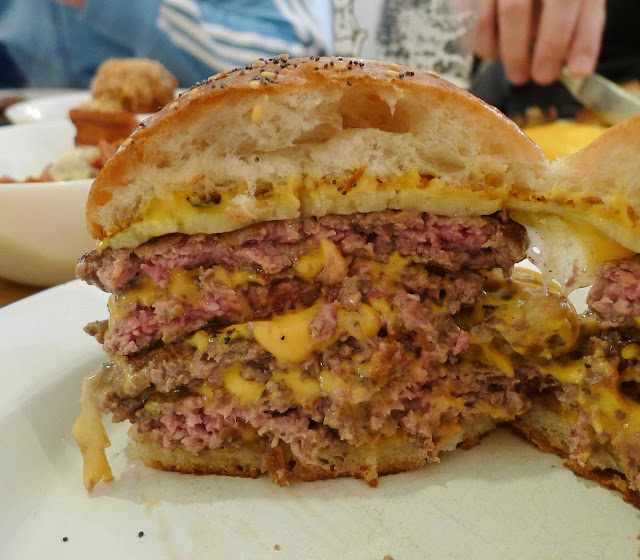 Morg highly rated his even more ridiculously proportioned double cheeseburger with pulled pork and mushrooms (£15). He set to work with a knife and fork. 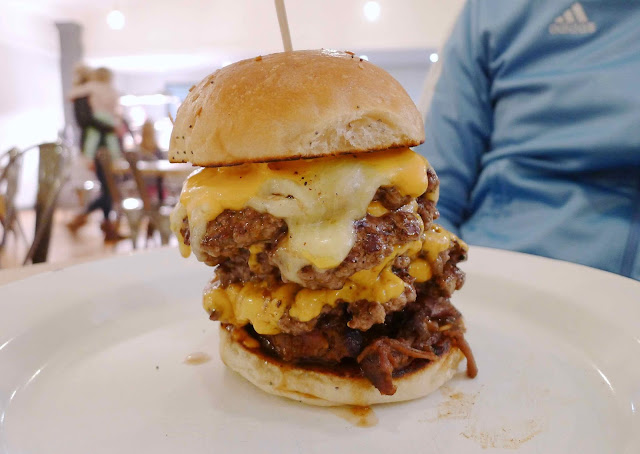 Rhys “the bottomless pit” loved his cheeseburger (£15) with pulled pork, runny fried egg and side of buttermilk fried chicken. 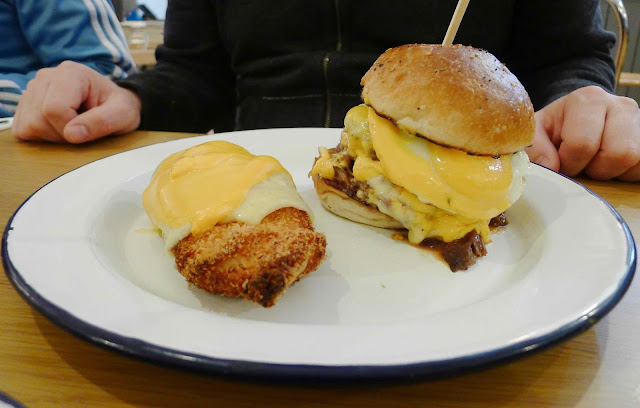 Sides were good but not quite at the same level as the burgers.

Crisp fries (£2.50) were served with a light dusting of rosemary salt. 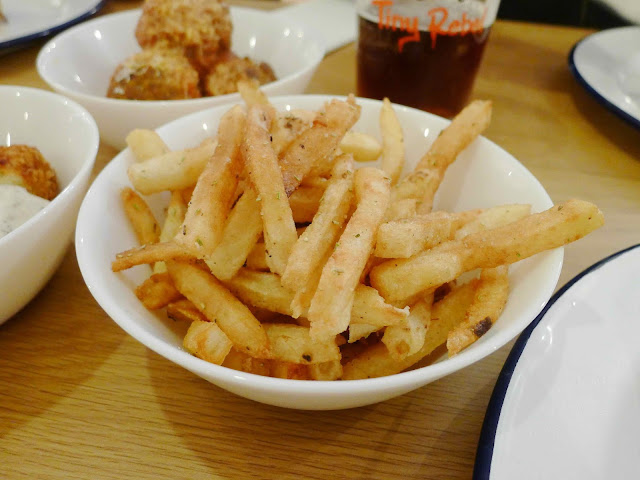 Salt cod fritters (£5.50) were coated in a beautifully crisp crumb but the headline ingredient was a little recessive compared to the chopped parsley which was flecked through the potato-based filling. 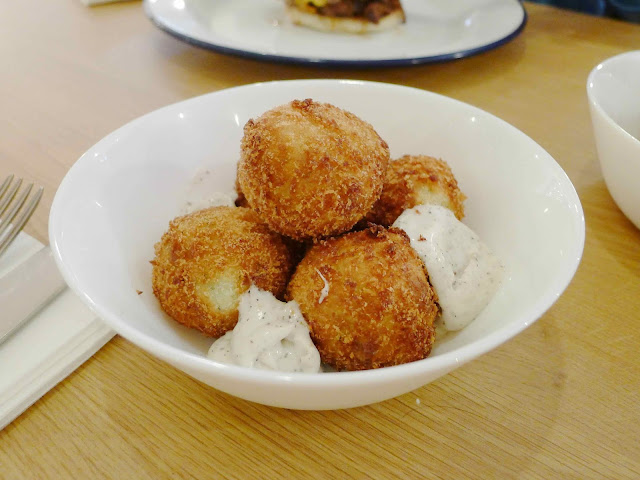 A quartet of meatballs (£6) were top drawer - juicy, perfectly seasoned, not too dense and coated in a fresh tomato sauce and a good grating of parmesan. 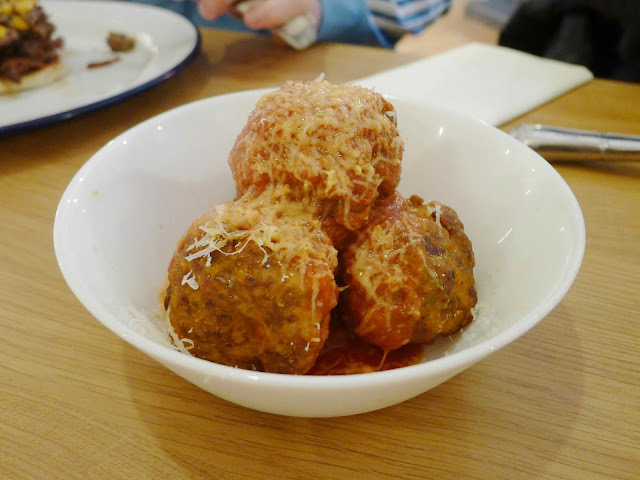 Hush puppies were the most average of the sides (£5) as they lacked crispness and were oily. However, it’s hard to knock the pile of melted cheese and bacon that sat on top. 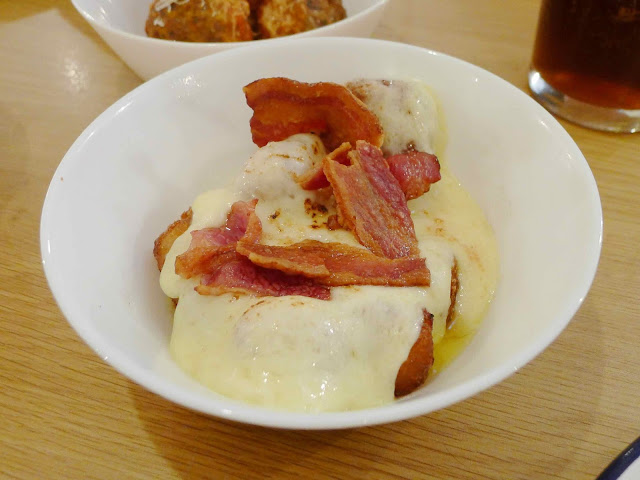 Desserts were both excellent.

A sticky toffee pudding (£5) wasn’t of the traditional variety but the large piece of light, moist and nutty sponge was joined by a liberal amount of lovely toffee sauce and a scoop of creamy Llanfaes Dairy vanilla ice cream. 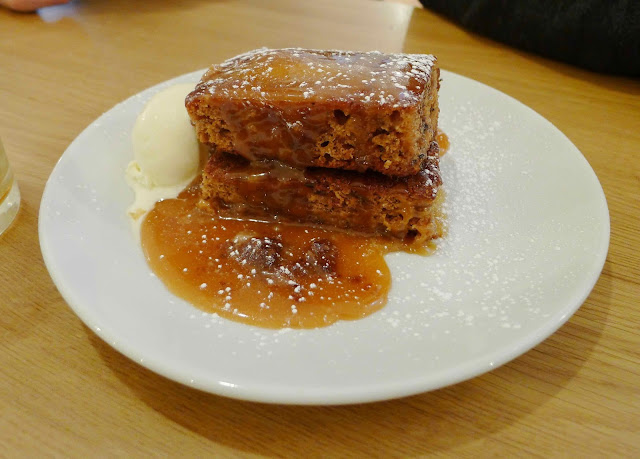 An ice cream cookie sandwich (£5) kicked ass too. A trio of crunchy and chewy chocolate chip biscuits were sandwiched with plenty more of that lovely ice cream. 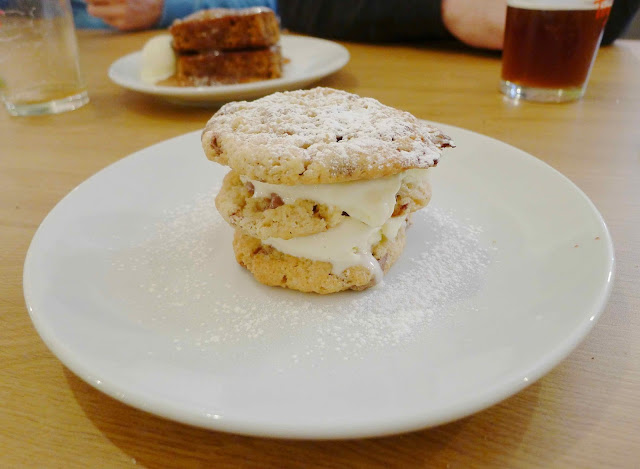 We had a superb burger at Hills and there’s no doubt it’s one of the best I’ve had in Wales. A brisk walk up Pen y Fan followed by a cheeseburger would be an awesome way to spend a Saturday.

Whilst the monster burgers we constructed weren’t cheap, next time I’ll order the more reasonably priced single cheeseburger (£9.50). I’ll also be able to eat it without dislocating my jaw.