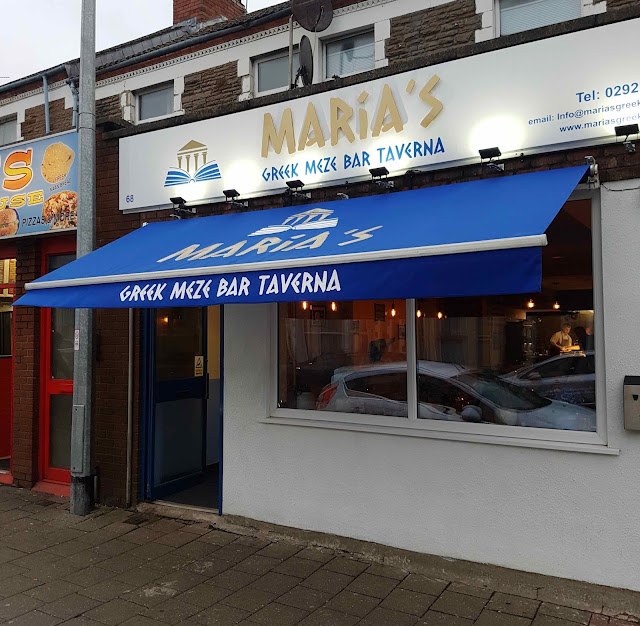 For a city the size of Cardiff, it’s perhaps surprising that we don’t have a Chinatown or Little Italy.

When I was growing up in Newcastle, every major family celebration was marked by a Chinese banquet on Stowell Street.

And, when I lived in Vauxhall in South London, I spent many a night drinking Sagres and eating bitoque in Little Portugal.

So, perhaps there’s an argument for renaming the half mile stretch between the bottom of Whitchurch Road and middle of Crwys Road as Little Greece? I’m kidding of course, but it’s on this small stretch of street that all 3 of Cardiff’s Greek restaurants can be found.

Maria’s Meze Greek Bar and Taverna is the most recent addition, having only opened a couple of weeks ago.

It’s very much a family affair with the restaurant named after mum Maria and one son running front of house and the other heading up the kitchen.

The restaurant has a charming holiday vibe with its white and pastel blue walls, black and white photographs and nautical trinkets. 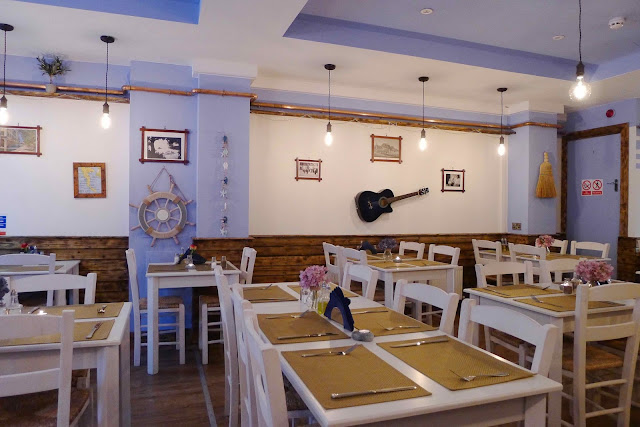 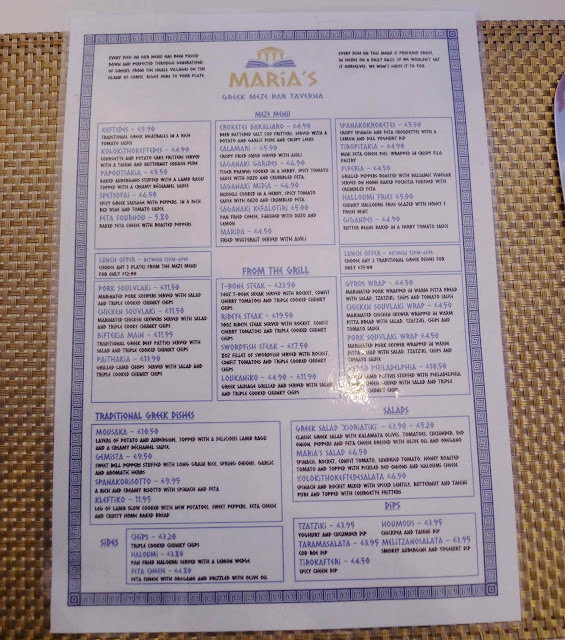 Bottles of Fix (£3) and Mythos (£2.80) were both seriously refreshing and easy drinking. One sip and I was transported to happy times in Crete. We kicked off with a hoard of meze. 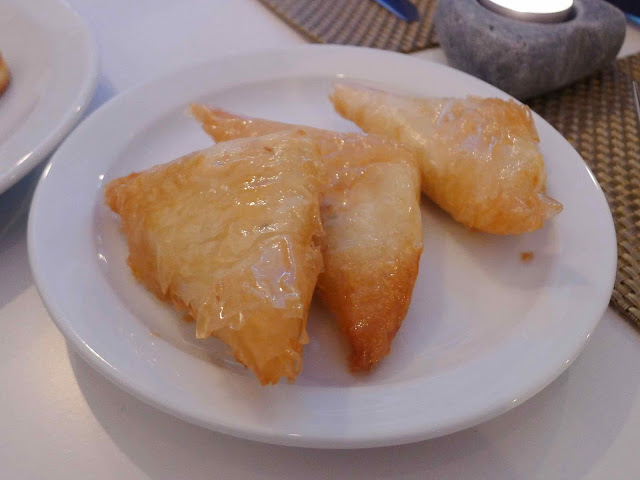 Spanakokroketes (£5.50) reminded me of jalapeno poppers in a very good way. The trio of golden crumbed croquettes were filled with melty feta cheese and leaves of wilted spinach and served with a fragrant lemon and dill yoghurt dip. 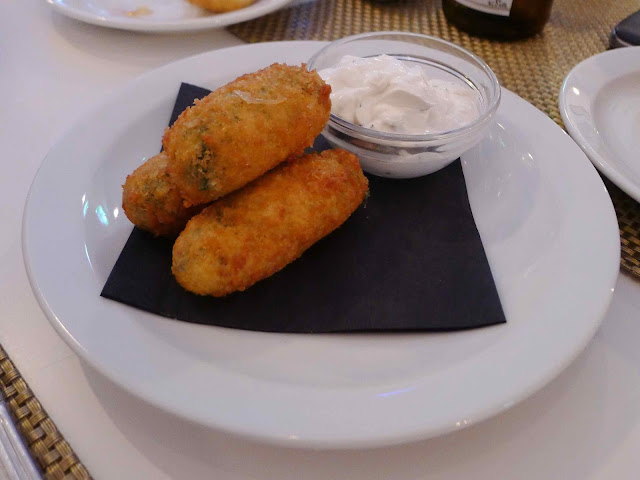 A small Greek Salad (£3.90) was a lovely example - perky tomatoes, cucumber, red onion and peppers were joined by big cubes of creamy feta, briny kalamata olives and a drizzle of olive oil and scatter of oregano. 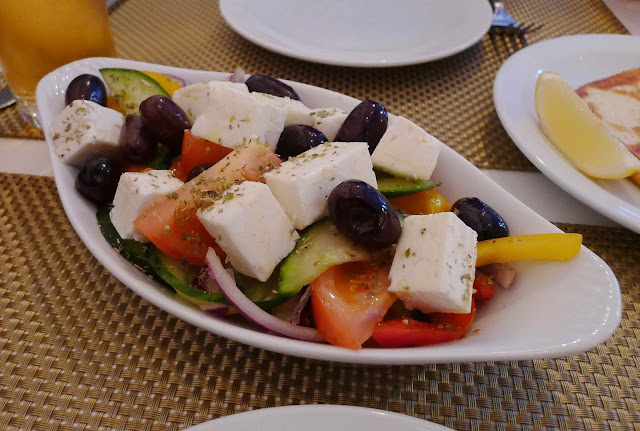 A big block of grilled halloumi (£3.80) had an enjoyable golden crust but it was a little firm in texture instead of soft and melty. 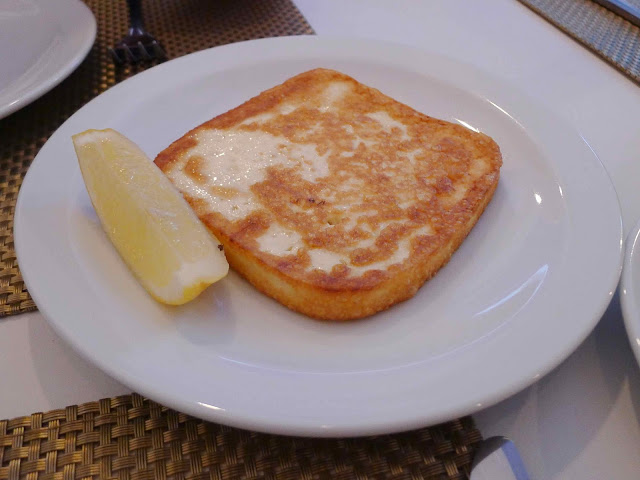 Freshly baked bread rolls were pleasingly crisp with a warm and soft interior. 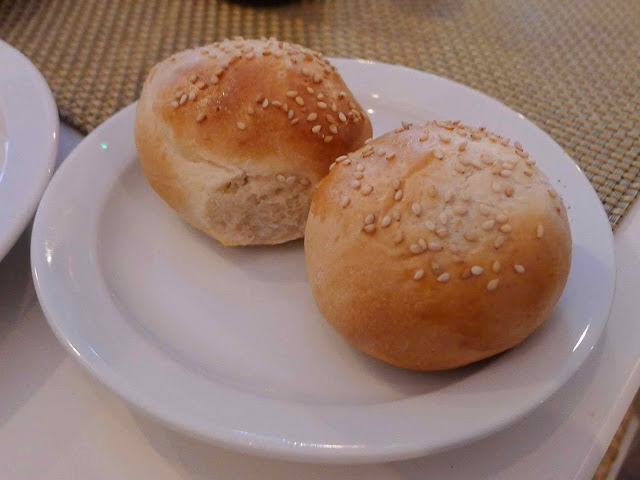 A soft-textured mix of potato and courgettes (£4.90) was formed into golden fritters and served with a butternut squash puree whose sweetness was tempered by creamy tahini. 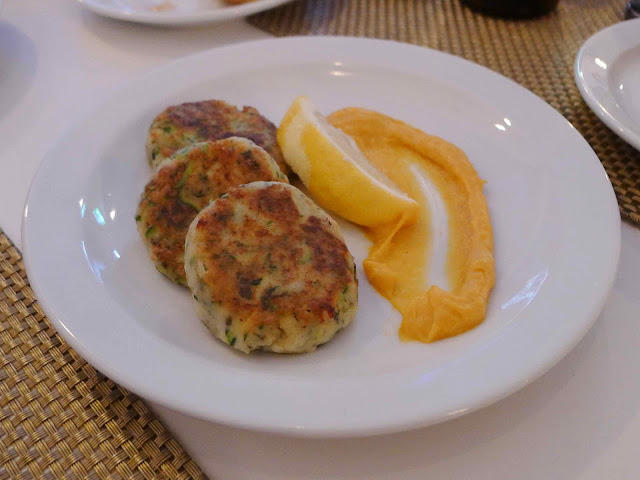 Mains were both lovely.

Mrs G waxed lyrical about a big slab of moussaka (£10.50) that combined meaty beef and lamb ragu, uber-tender pieces of potato and aubergine and a good layer of golden-capped bechamel. The whole dish had a lovely background warmth of cinnamon. 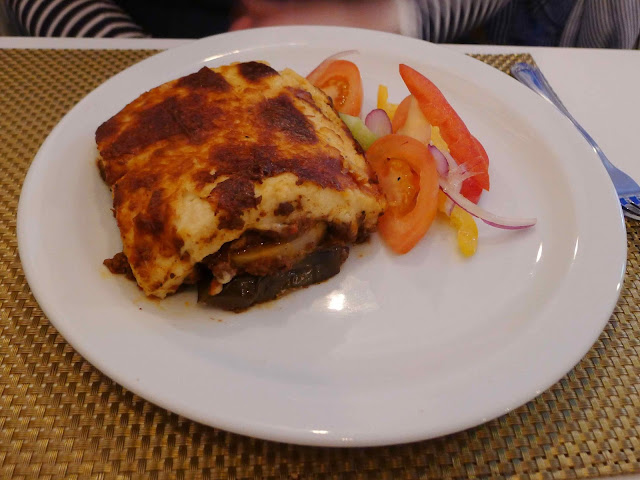 Pork souvlaki (£11.50) saw a duo of herby and tender meat skewers joined by crisp and fluffy thick cut chips. The only issue was that it was crying out for a bit of lubrication - a big dollop of tzatziki wouldn’t have gone a miss. 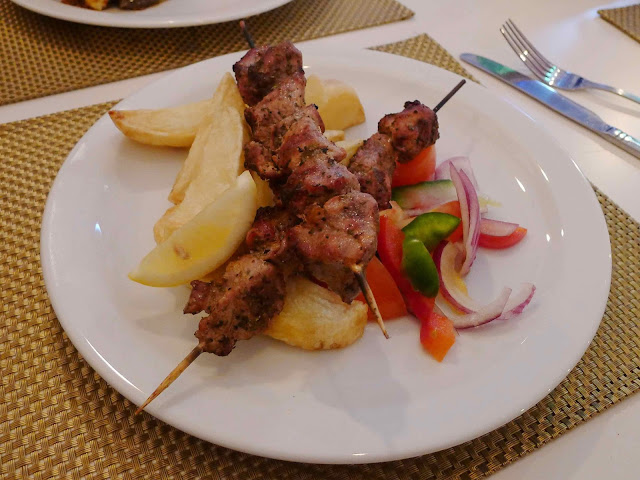 So, I ordered a plate of the stuff - the tangy cucumber and yoghurt dip (£3.95) combined a big wallop of garlic and the freshness of mint. 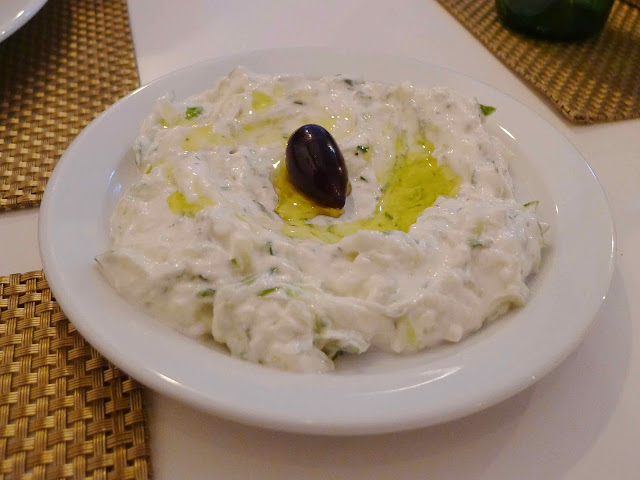 Onto dessert, and a cheesecake (£4.90) was a big success. A crunchy walnut and biscuit base was topped with light, creamy, lemony and honey twanged Greek yoghurt. 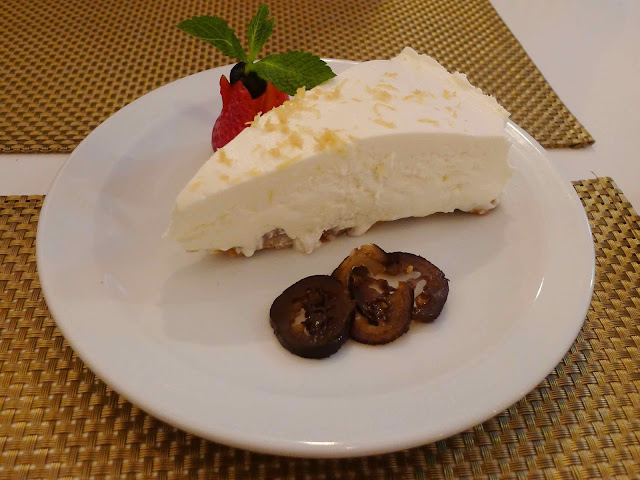 A galaktobouriko (£4.90) saw a rich set custard wrapped in filo pastry and drizzled with sweet syrup. Whilst I was reassured that it’s authentic for the pastry in this dish to not be crisp, I think the pud would have benefited from a bit more textural contrast. 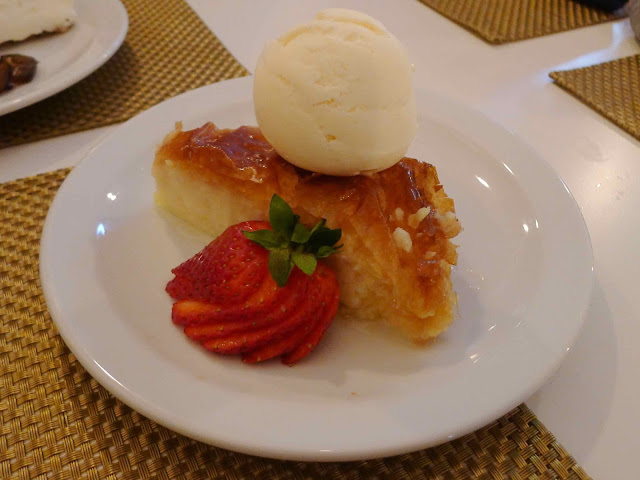 We had a really tasty meal at Maria’s. This family run independent has bags of character and serves lovely moussaka to boot.

Disclosure - I was invited to Maria's, all food and drink was complimentary.