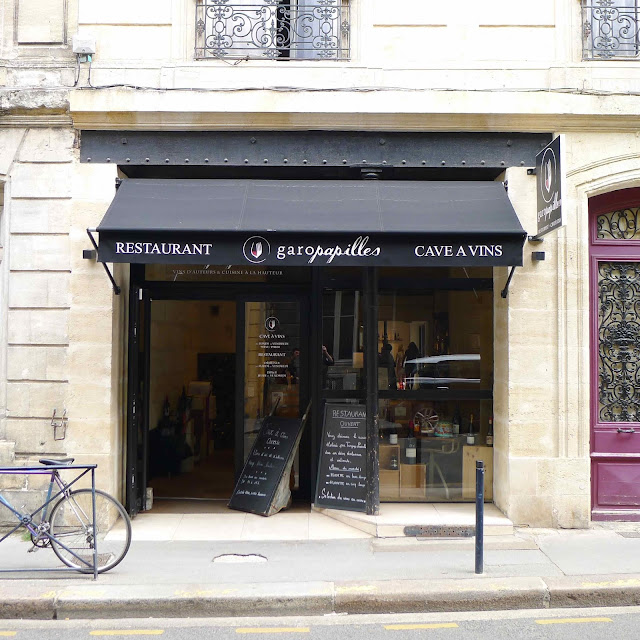 When I think of French Michelin-starred restaurants, I picture temples of haute gastronomy with starched tablecloths, stiff waiters and cream heavy dishes.

Garopapilles in Bordeaux is the antithesis.

At this cool wine shop meets restaurant there are no tablecloths, the friendly waiting team are eclectically dressed and the food is light, modern and seasonal.

Having opened in 2014 as a joint venture between chef Tanguy Laviale and wine specialist Gael Morand, Garopapilles was awarded a Michelin star in 2018. 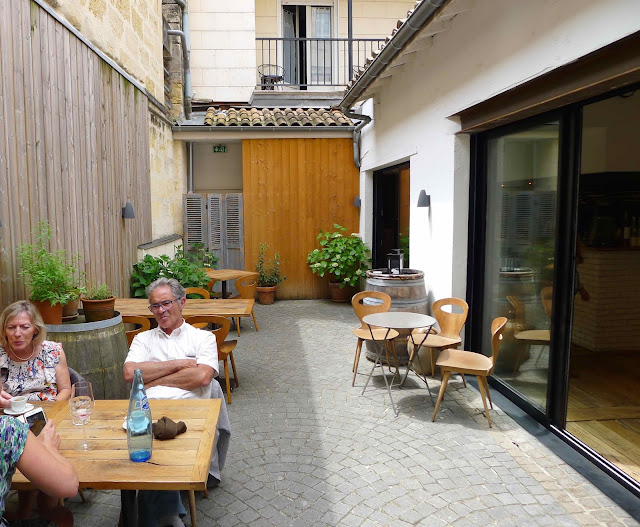 It was sunny on our visit so most tables, including ours, had been moved outside into a pretty courtyard. Two menus were available at lunchtime, a 5 course tasting menu for €60 and a 3 course market menu for €35. With a bucketload of eating ahead of us, we decided on the lighter option.

To accompany our meal, we had a couple of lush glasses of wine by the glass including a delicious Bordeaux (obvs) and a Côtes du Rhône which each cost around €7,50 a pop. If you fancy something by the bottle then there’s over 600 available. 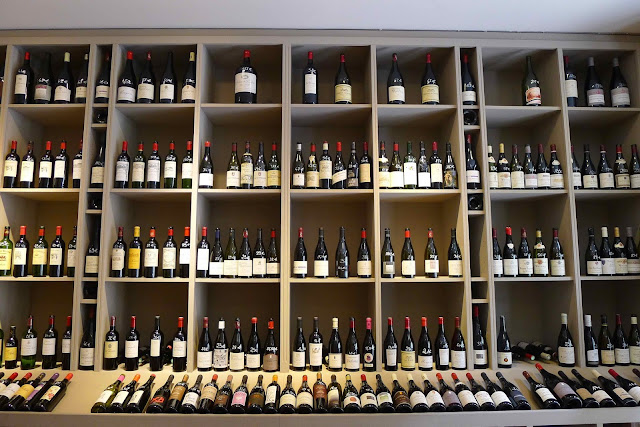 Snacks saw a quartet of uber-thin and crisp tartlets filled with light and nutty chickpea mousse dotted with pieces of smoked herring, tangy feta and a lift of mint. 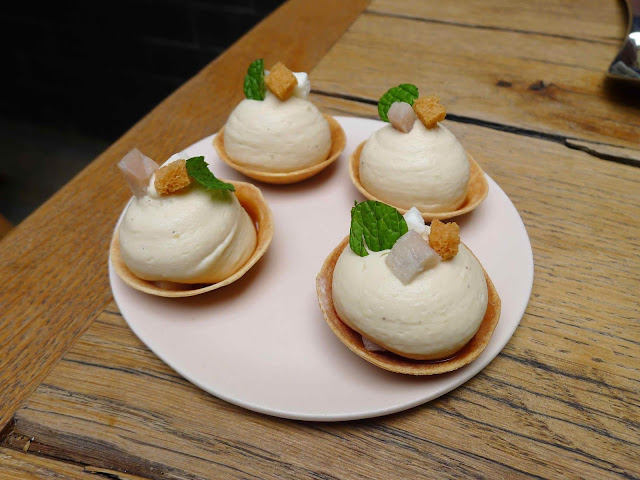 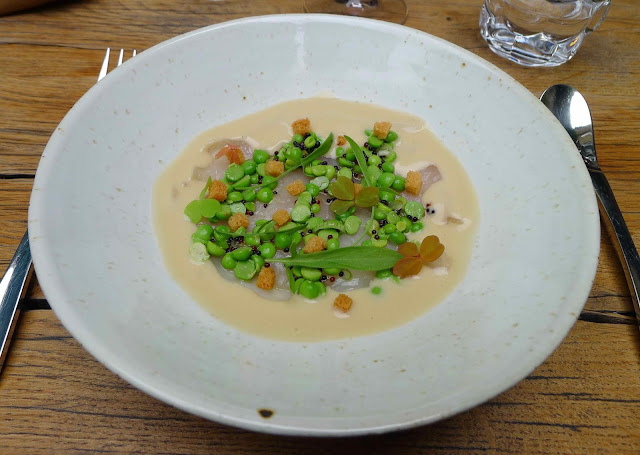 Bread was of the highest calibre - a crunchy, squishy and buttery brioche twist and a lovely white baguette. 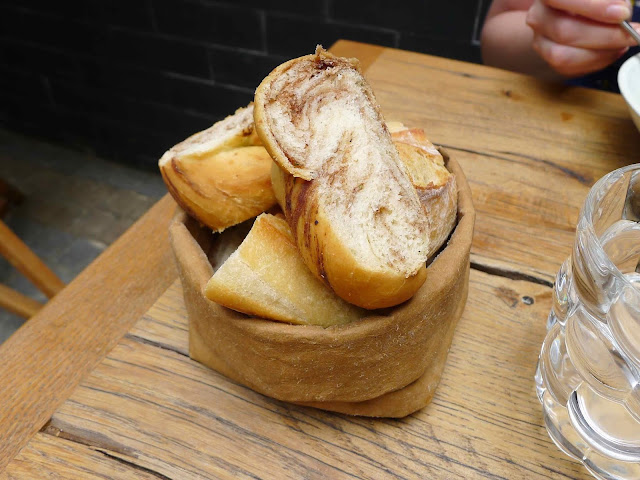 Mrs G declared her fillet of iberico pork to be the finest bit of pig she’d ever eaten. Phenomenally tender, packed with flavour and blushing pink, it was accompanied by a glossy meat sauce swirled with butter, mushrooms, caramelised baby onion and white and green asparagus. A few pesky seeds added no flavour and their only purpose seemed to be getting stuck in my teeth. 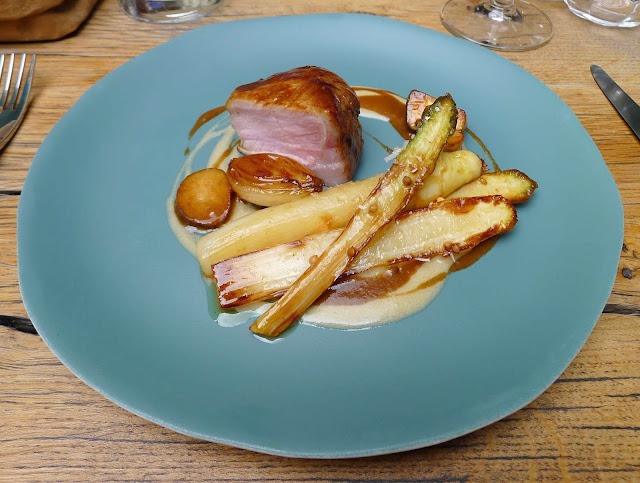 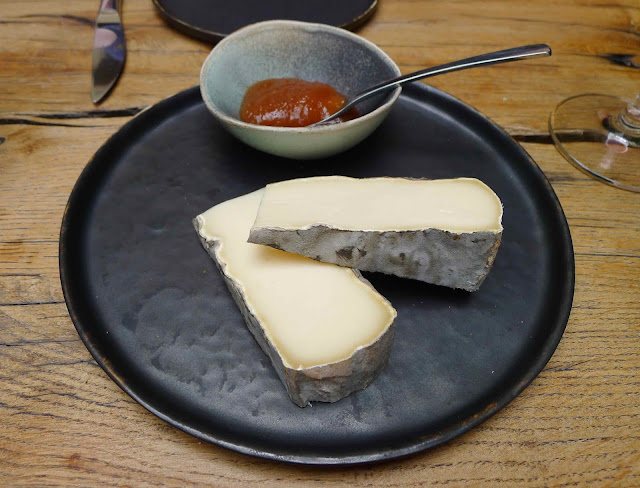 With produce as fine as seasonal cherries, things don’t need to be overcomplicated. Lightly poached and served warm in their cooking liquor, the sweet and slightly sharp fruit was joined by candied pistachios, crisp baby meringues and a light botanical ice cream. 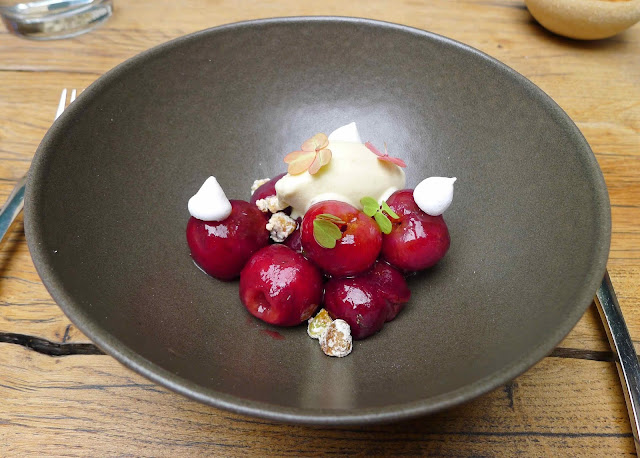 A bowl of warm beignets served on the side were dusted in coconut sugar. They were so addictive it was a relief that we had a handful each. 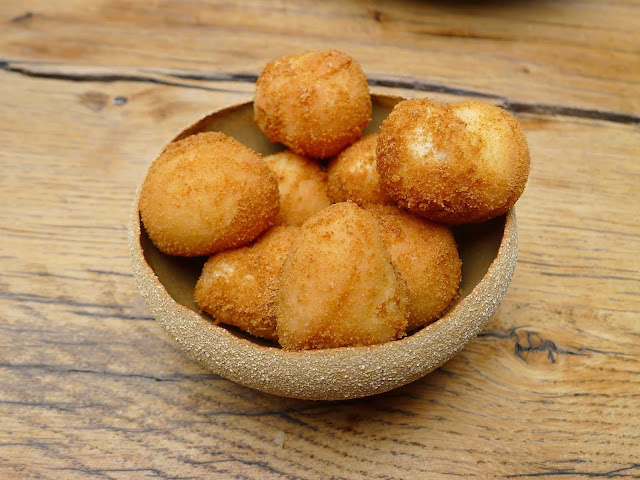 Accompanying the bill were pieces of light and squidgy blackcurrant marshmallow and a chocolate and pistachio cookie with a good crunch and chew. 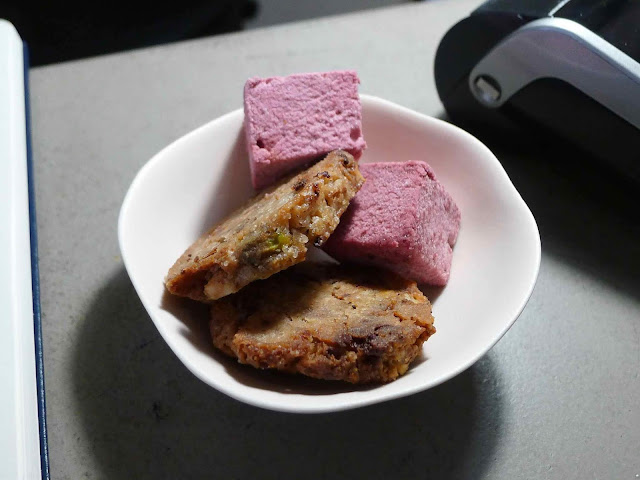 Lunch at Garopapilles kicked serious ass. The food and wine were lush and well-priced and the atmosphere was enjoyably relaxed. In terms of bang for my buck, I can’t think of many better meals I’ve eaten in 2018.