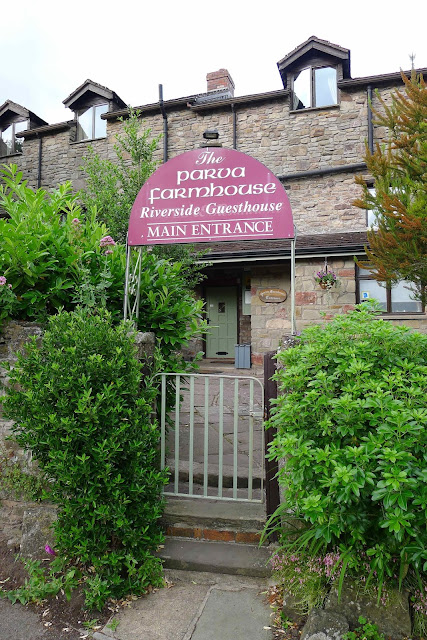 The Walnut Tree in Abergavenny is more important to me than any other restaurant.

It’s not because of their unfussy Michelin-starred food or because it’s owned by Shaun Hill, one of the legends of British cooking.

It’s because it’s where I proposed to Mrs G whilst she had her face buried in a fridge full of freshly baked ham and smoked salmon.

So, Mrs G and I hotfooted it to Tintern when we heard the news that two key members of The Walnut Tree team had struck out on their own.

Parva Farmhouse Riverside Guesthouse was opened in March by Roger and Marta Brook. Roger was head chef at The Walnut Tree, having worked there for 15 years under Franco Taruschio, Stephen Terry and latterly Shaun Hill. Marta was restaurant manager.

To say they’re an experienced duo therefore is an understatement. It’s put to very good use as they run front of house and the kitchen without any other support. With just six tables, service is cleverly staggered to allow for a smooth experience for all guests. 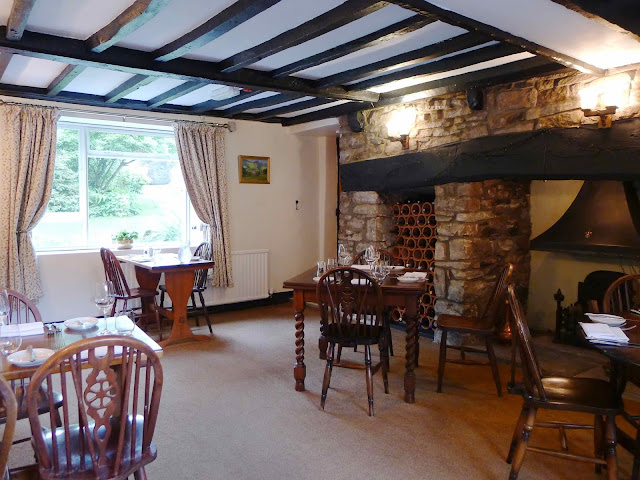 Understandably too, there are only two options available for each course on the menu (two courses £34, three courses £42 and four courses £48). Mrs G and I gave all of them a go. 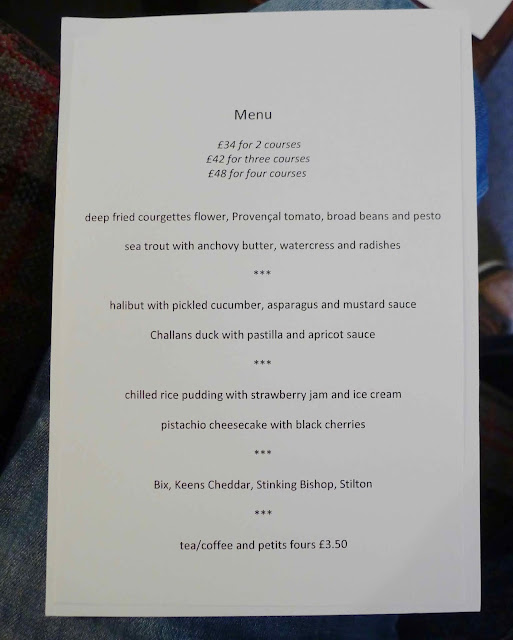 Pre-dinner drinks in the lounge were accompanied by a pair of fine complimentary snacks.

Golden brown homemade crisps had a pleasing rustle and a generous scatter of salt. 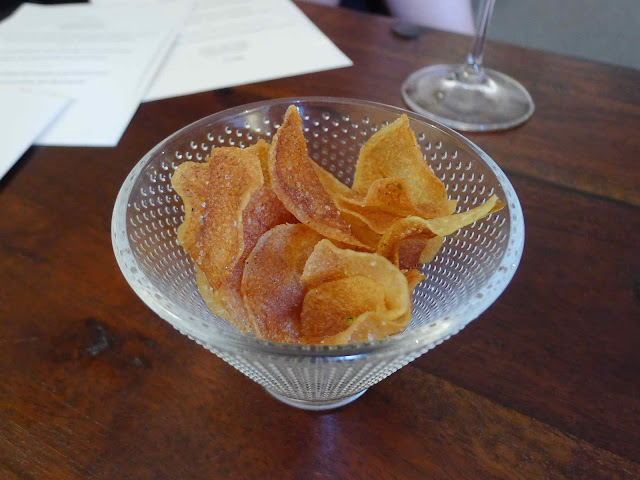 Crisp, squidgy and protein-packed fishcakes were served with a dollop of beguilingly smokey paprika mayonnaise.

White and seeded rolls were good but made even better as they were served piping hot so the slathered butter melted into them beautifully. 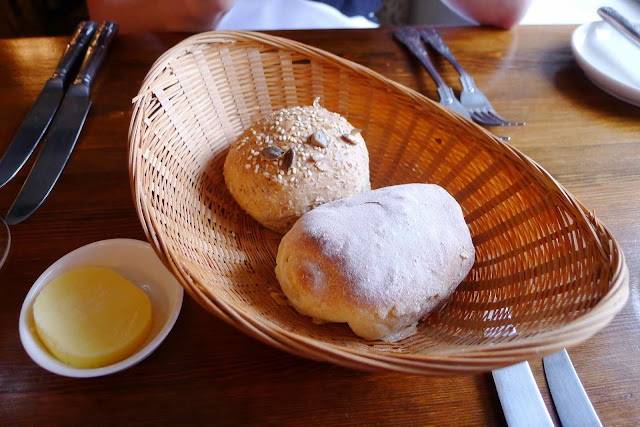 Starters set the tone for the rest of the meal, one of high end heartiness. 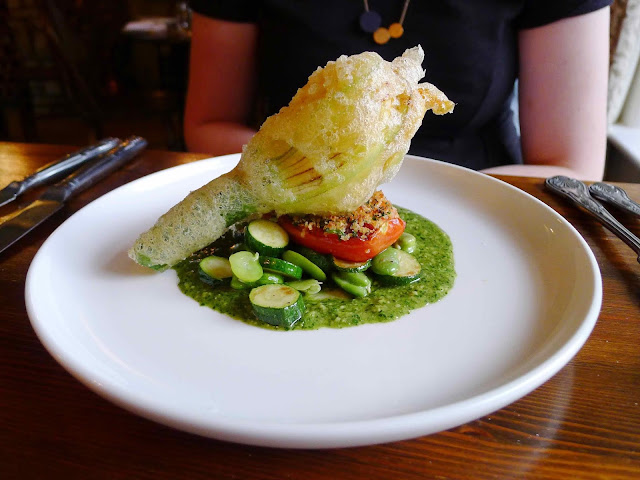 My dish was simple by comparison, but just as delicious. A sweet fillet of sea trout was topped with a mound of umami-rich anchovy butter which melted into the flaky fish. Peppery watercress and cleansing radish provided balance to the plate. 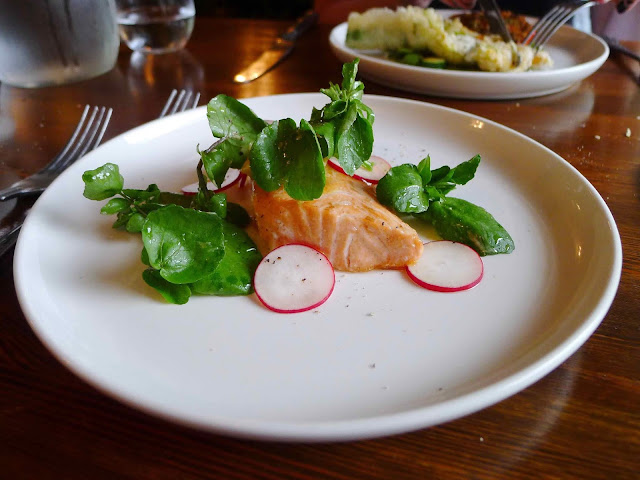 For main, Mrs G loved a beautifully pink and crisp skinned breast of Challans duck. It was served with a whopping pastilla filled with a coarse mince of duck and warming sweet spices, french beans, a glossy meat sauce and a sweet and sharp apricot sauce which cut through the dish’s richness. 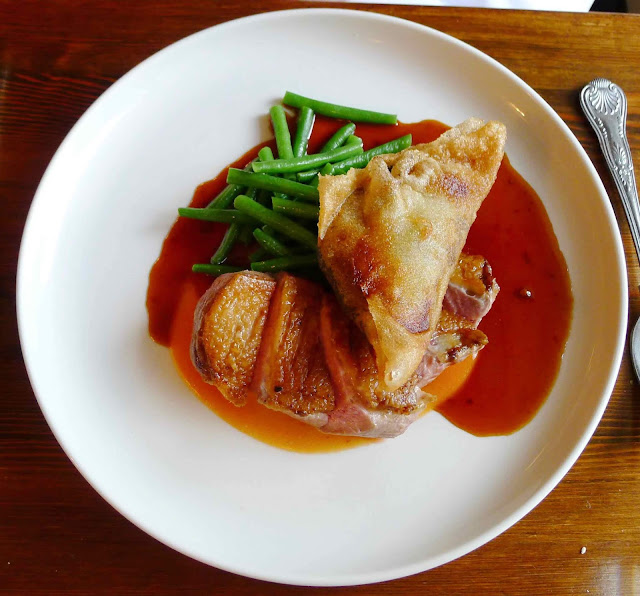 A generous fillet of meaty halibut bathed in a creamy mustard sauce was just as impressive. It was served with precisely cooked sugar snap peas, spears of asparagus and tender new potatoes. Lightly pickled cucumber slices and pearls of salmon roe provided a good counterpoint. 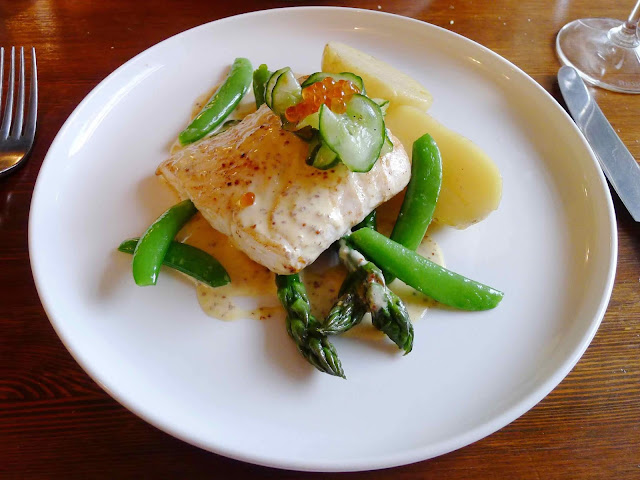 Onto dessert, and a big creamy bowl of vanilla-fragranced rice pudding was made doubly indulgent by a scoop of strawberry ice cream. Crunchy mixed seeds, fresh strawberries and coulis completed the lovely dish. 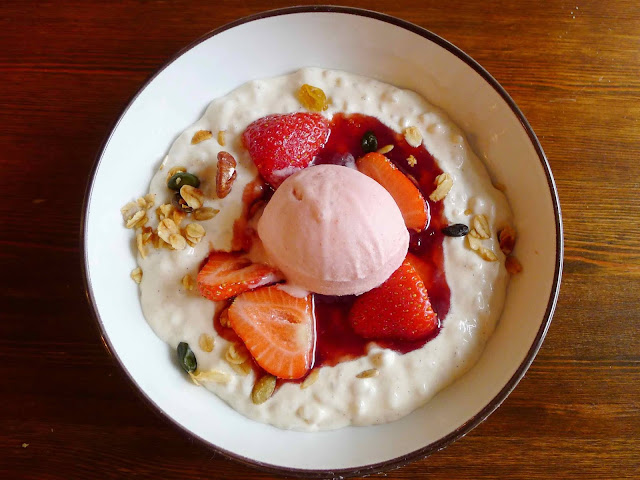 A pistachio cheesecake was a fine bit of comfort food too. The crisp base was topped with an intensely fragranced pistachio cream cheese mix and a lighter layer of pistachio cream. A ridiculously smooth cherry sorbet and lightly poached cherries were the perfect match. 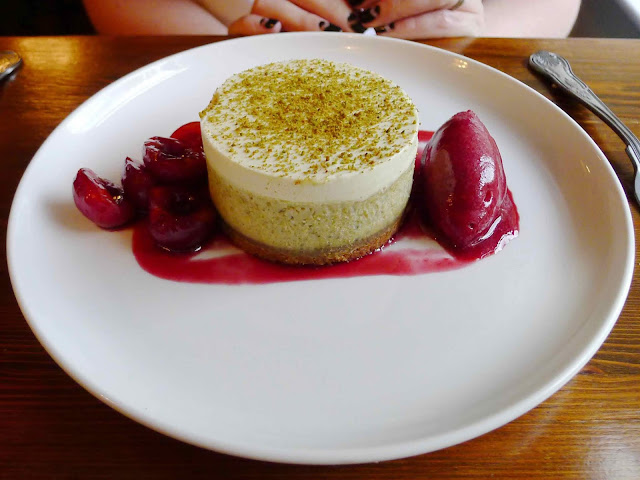 Happily stuffed, we passed on a cheese course and coffee and petit fours. I’ll definitely have a lighter lunch and make room for them next time.

We had a lush meal at Parva Farmhouse. Their generous yet refined cooking make it another must visit amongst Monmouthshire’s already impressive number of destination restaurants.